What began as a rickety wood pathway to install antenna cables over a cliff in 1942 has become a hiker’s enigma often called the “Stairway to Heaven.” 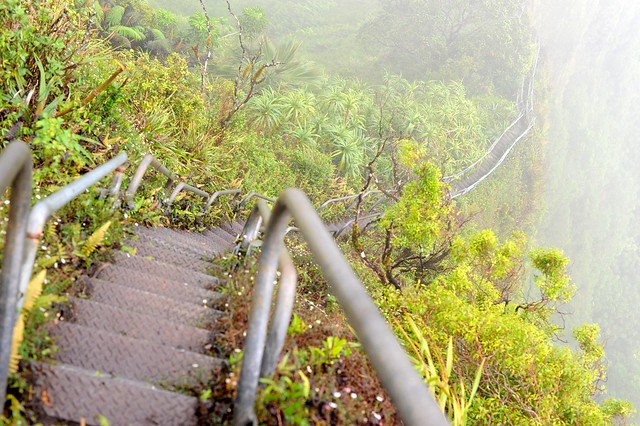 World War II motivated the U.S. military to build a radio transceiver station atop Hawaii’s Puʻukeahiakahoe mountain. The station sent low-frequency signals to communicate with submarines navigating around Japan. The Haiku Stairs (Haʻikū means “sharp break” in Hawaiian) offers a steep 2,500-foot ascent on Oahu that reaches the now abandoned station. Despite receiving an $875,000 metal renovation in 2003, according to to-hawaii.com, the trail is forbidden to many visitors wanting to endure the series of steps. The prohibition, nevertheless, hasn’t held back everyone from the climb and arriving at its wonderful island landscape views. 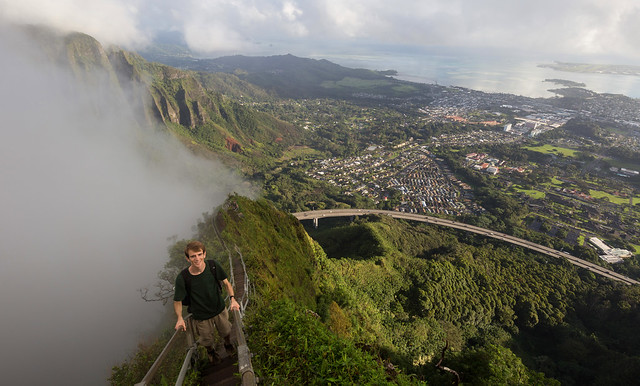 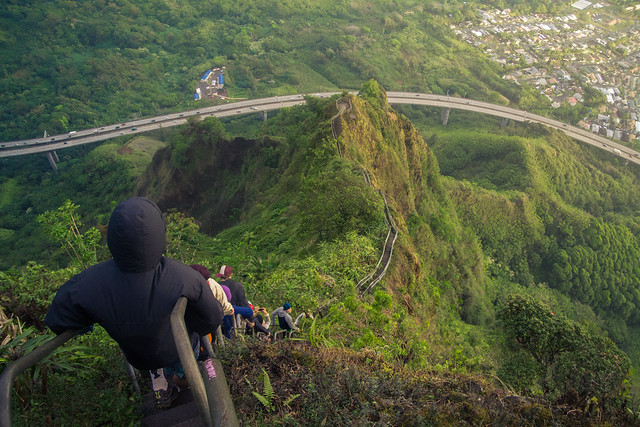 We asked the Friends of Haiku Stairs (FHS) volunteer organization to get the inside scoop on the popular attraction:

What’s the current status and future of the Haiku Stairs?

FHS: Climbing on the stairs is illegal without consent from the owners — there are several, and they asked us not to share all of their names. The Friends of Haiku Stairs have a working agreement with all of the owners and are trying to obtain the newly required $1 million insurance policy that one of the owners is requiring us to have before we can even access them again, and that is only for maintenance and not recreation.

There is a continued movement to demolish the stairs altogether that is being fueled by people accessing them illegally. We believe there’s a better solution: Open the stairs to allow people to climb in safe conditions and that will alleviate the trespassing. To get there, we need political will.

Is it safe to climb the stairs?

FHS: The stairs are safe to climb if conditions are favorable, with caution, and in the daylight. People continue to access them illegally through the neighborhoods; or worse, they try to access them from the back side which is a treacherous, dangerous hike. The result is a surge in emergency calls and a strain on efforts from police and rescue teams. 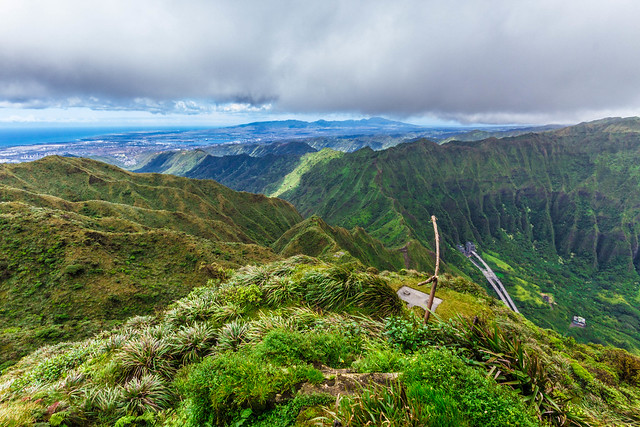 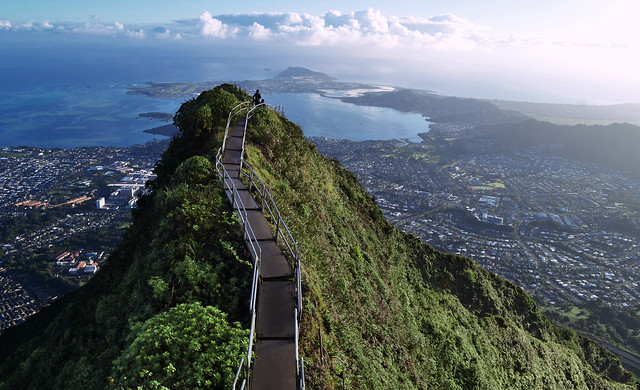