Krocky’s inspiration for the headless series came after a stint working in reality television. While editing footage together to craft a story line, he realized the potential to change the way viewers see series of events. “The magic to reality TV is everything you’re seeing really happened, but your perception is altered,” Krocky says. 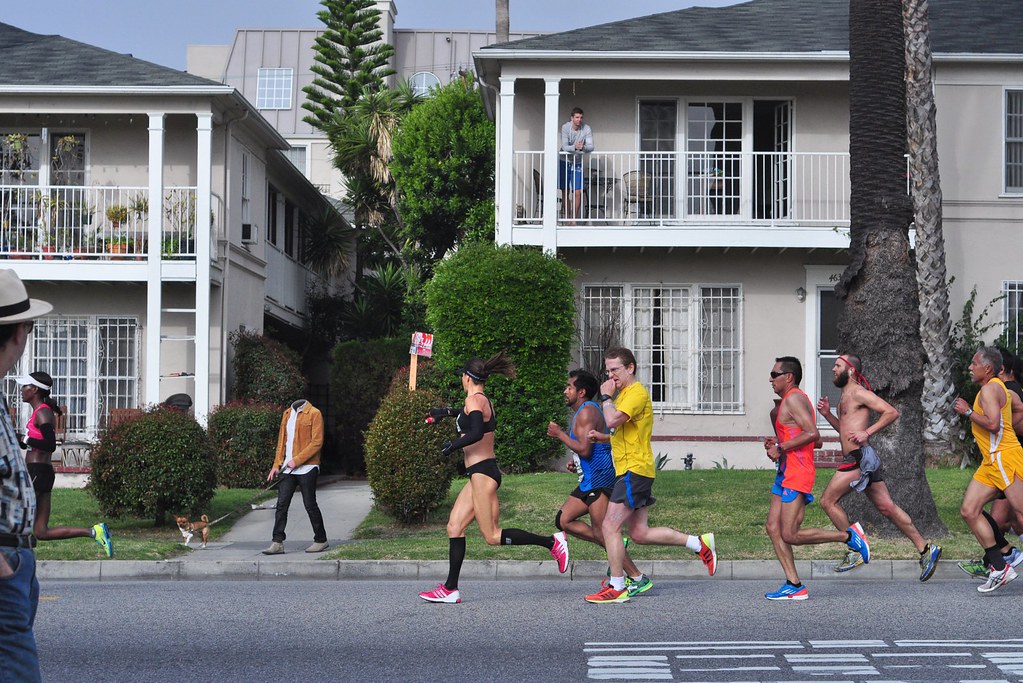 Carrying the idea of altered reality into his photography, Krocky made his first headless sighting in 2008. After setting up his tripod on the street and taking anywhere from 1,000 – 3,000 shots, he began playing with layering, making one of the subjects a headless person. The result is a surreal street scene with a touch of the occult. “I like this ideal of real, unknowing pedestrians with this mystery right in the mix,” he explains.

As Krocky created more and more headless photos, he began researching headless people in literature, which led him to the headless horseman of Washington Irving’s Legend of Sleepy Hollow. As he read about the famous author’s career, he was particularly struck by one point: Washington Irving began his career with a hoax. 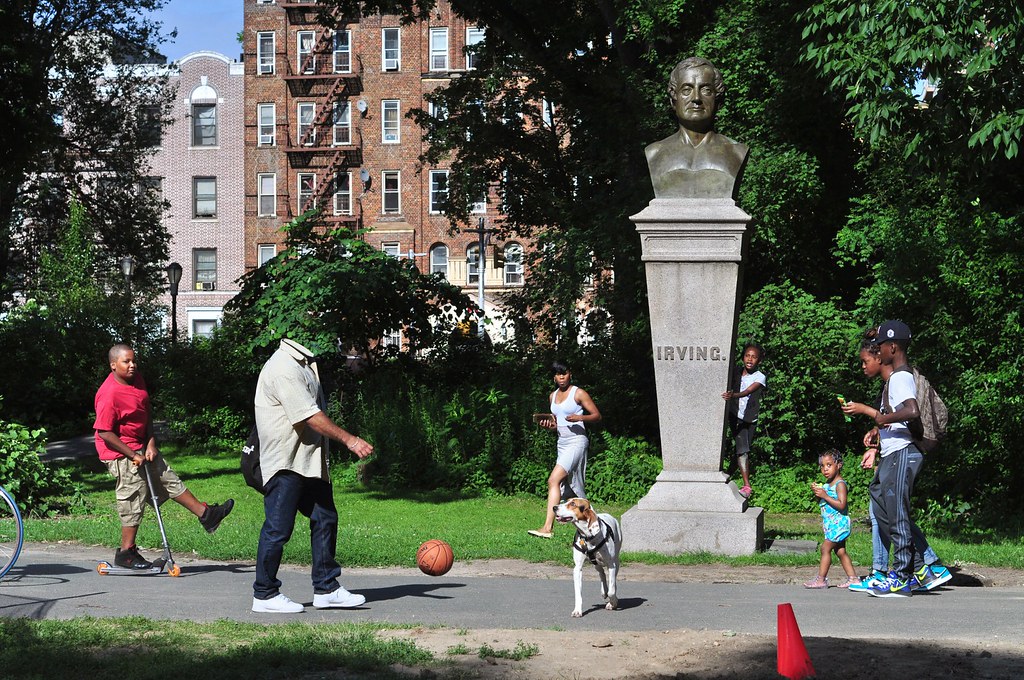 In 1809, Irving completed his first major book, A History of New York from the End of the World to the Beginning of the Dutch Dynasty. Prior to the book’s publication, Irving posted missing person ads in New York newspapers, seeking information on an allegedly missing historian named Diedrich Knickerbocker. The ads created massive public interest, and when Irving ultimately released his book under the fictitious Diedrich Knickerbocker moniker, it was immediately successful.

Channeling the creativity of Washington Irving, Krocky decided to pull a hoax of his own over Los Angeles. He printed up black-and-white fliers of his photos titled “Headless Sighting” and posted them all over town, including the specific locations where the photos were taken. The fliers didn’t include any information aside from a fake department of investigations people were told to alert if they had any information about the headless people. 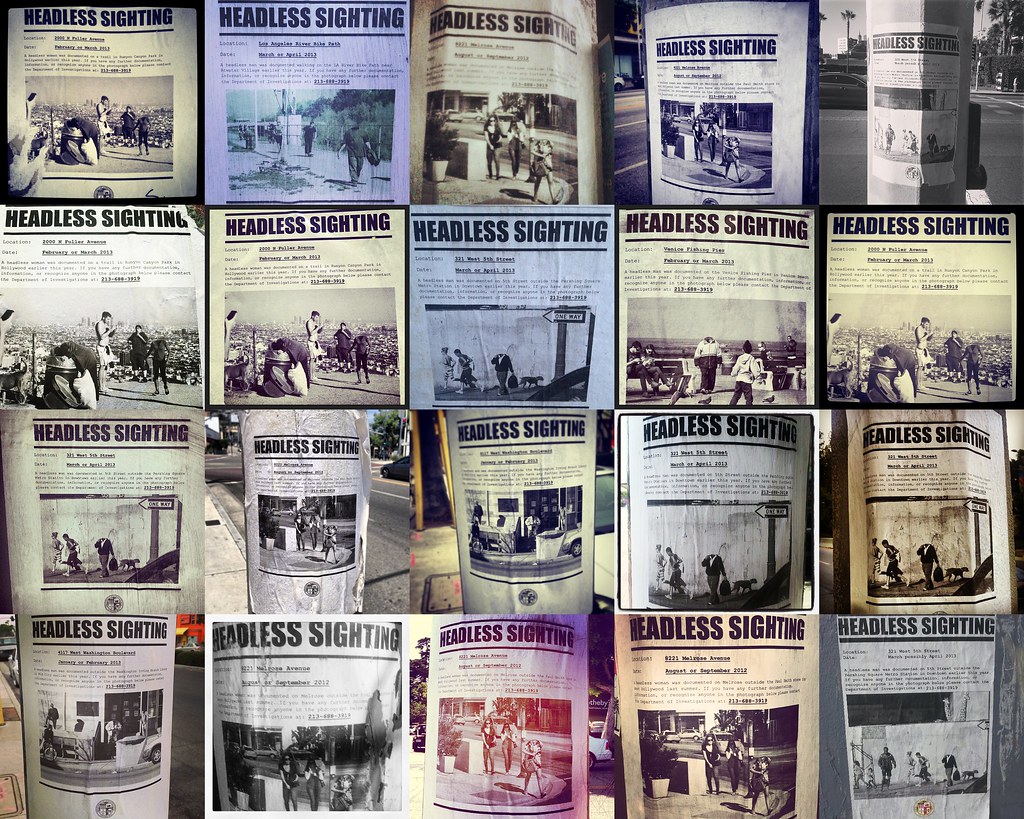 Just like Irving’s stunt, Krocky’s hoax sparked massive public interest. People began sharing photos of his posters with the #HeadlessSighting hashtag on social media, all the while trying to figure out where, why, and how these curious occurrences took place.

It was nearly five years later when Krocky ultimately decided to go public with his images and post the full-color versions on his Flickr account. The reactions — and theories — came pouring in. Some thought the headless people were actually papier mache statues, others speculated they were simply people in costume. The photos created a huge buzz. “A half million people saw these images or shared these images,” Krocky says. “It just kept building.” 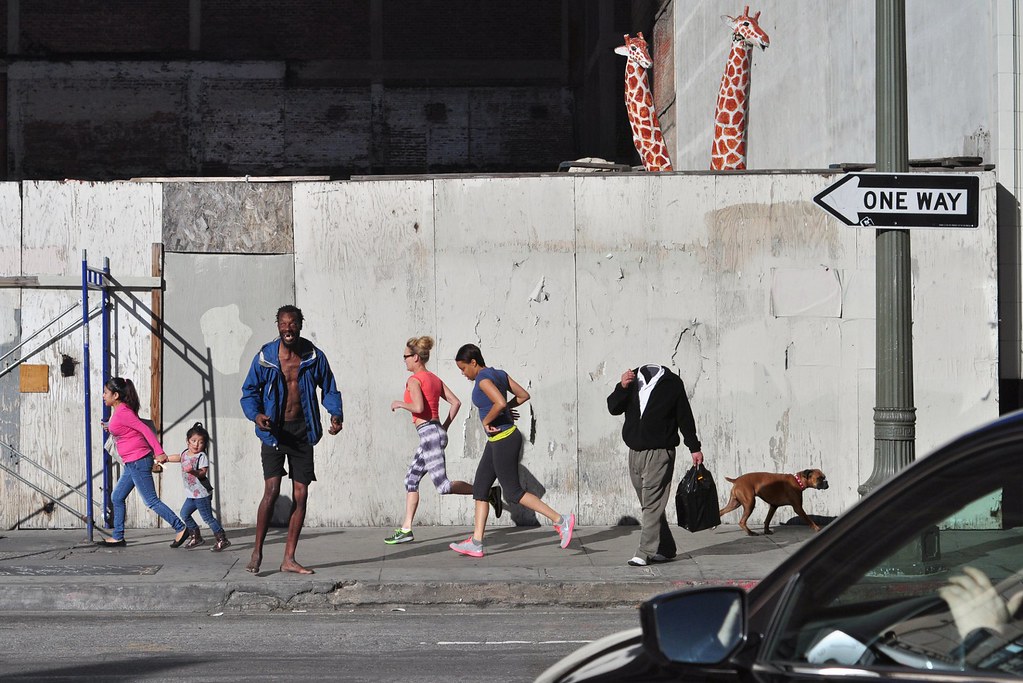 Krocky hopes that his photography can add a little bit of magic back into the day-to-day. “I hope people see these, and it triggers their brain, their heart, makes them laugh,” he says, “because it’s all about adding this element of mystery back into our clearly defined lives.”

Visit Krocky’s photostream to see more of his photography.
Previous episode: ‘Strange Worlds’ photographer aims to trick the eye
Special thanks to Flickr members CherryTeresa and a.k.a. Pedestrian Photographer for sharing their “Headless Sighting” photos.

Now that we live in a world where everyone has a high-res camera in their pocket, taking beautiful photos has never been easier. Not only have smartphones made picture taking easy, but thanks to hundreds of new apps, mobile photo editing lets you take your images even further.

You might feel that every morning is the same story while you do your usual commute to work, school or other. The opportunity now calls […]