The World Cup may be over, but there is still so much reason to stay longer in Brazil. Today, we speak with Gustavo Minhas, a São Paulo-based street photographer, whose work has been fascinating us for a long time. Gustavo tells captivating stories of people and their lives through his photos and highlights unconventional scenes that make us regularly long for more.

Tell us a bit about yourself.

I’m a 32-year-old guy living in São Paulo, Brazil. I work as an image researcher at a business magazine, so I’m just an amateur photographer — now and then I make some money from photography, but it’s not something steady. I do basically street photography, but not only because of photography itself.

I take a lot of pleasure from having an excuse to wander the streets of the city and seeing a lot of things I wouldn’t see if I weren’t there to photograph. I think I photograph just to make my workman’s life a bit less boring. Also, I’m member of two collectives, Street-Photographers.com and SelvaSP, and I’m honored to learn from so many great photographers. 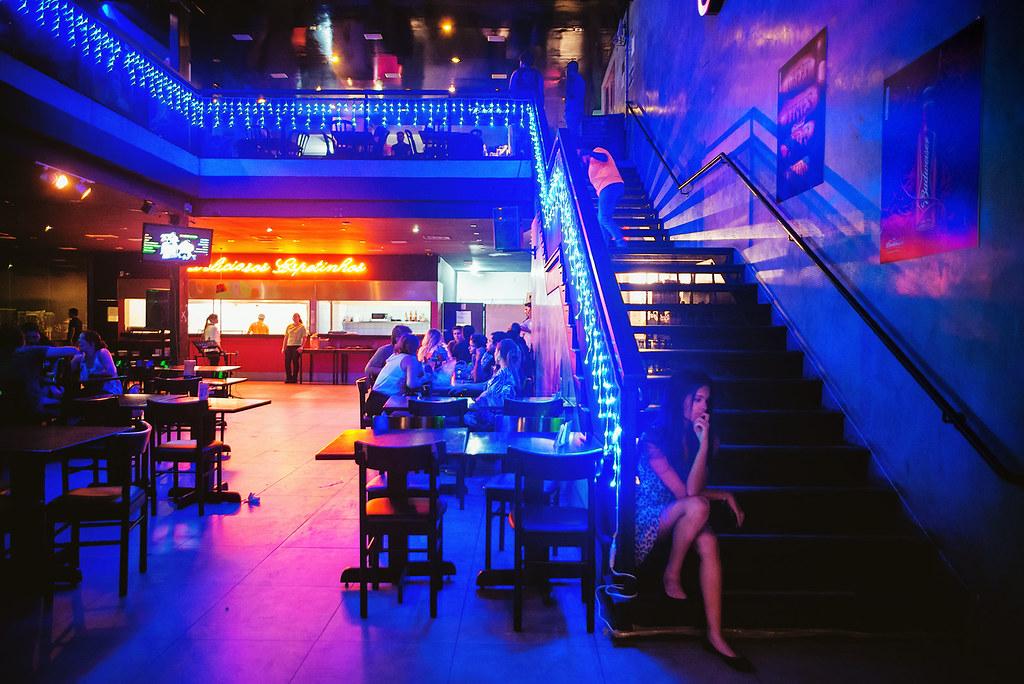 What did get you started on photography and for how long have you been into photography?

I was slightly interested in photography since high school, when I was the one who photographed our barbecues and school parties. Then, I studied photojournalism as part of a journalism degree, this was around 2001. But it was only around 2007 that I started to practice more often, when I bought my first DSLR. I was very excited about the possibilities of digital, and tried everything: macros, long exposures, portraits … as most beginners do, I guess. Then in 2009, I attended a photography language and history course with Carlos Moreira, a Brazilian photographer who’s been photographing São Paulo since the ’60s, and that was when I started to realize what I was looking for in photography. 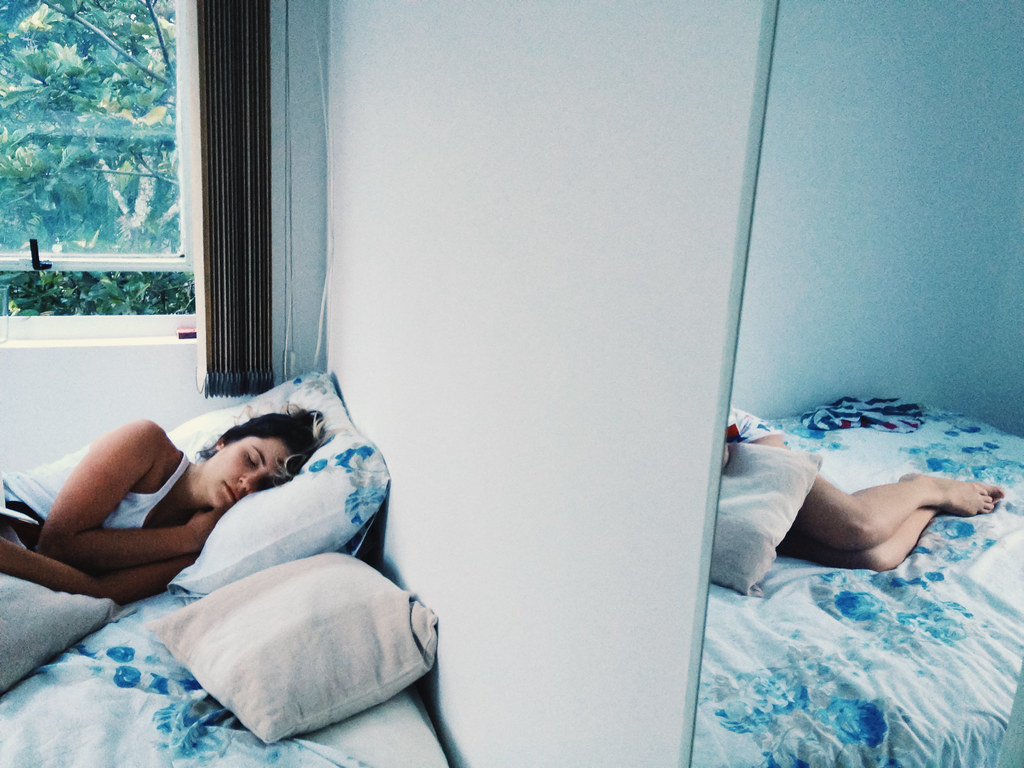 What fascinates you about photography? How would you describe your work and photographic style?

Many things. The history of the medium, getting to know other places and other photographer’s vision, the lies photography tell, its visual games and how it transforms reality… the list is long. But as a street photographer, what fascinates me most is being out on the streets, exploring the city, going places I’d never go if I weren’t photographing. Photography can be an excuse for anything. 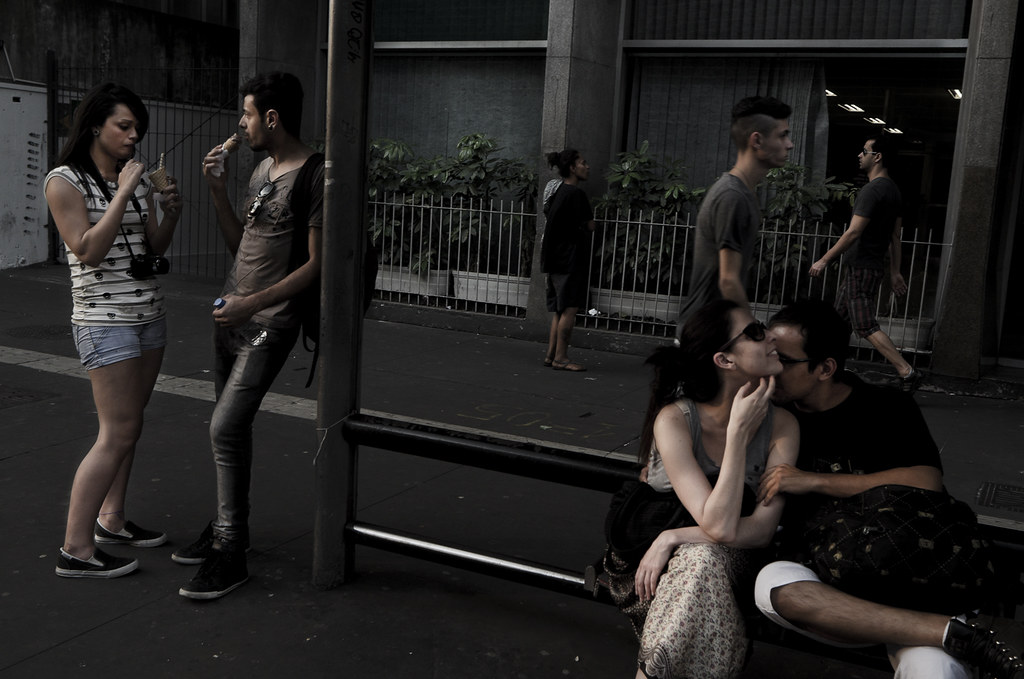 We also noticed that a lot of your photos seem to have a social or even documentary approach to the people and locations you photograph. Do you think your studies of photojournalism influenced the way you see your surroundings?

Yeah, definitely. Studying journalism made me a more critical person, and in some ways it reflects on my photography. But since the beginning, documentary photography hasn’t been my main goal in photography. It started as a hobby, a pastime, a form of meditation, and still is, though now and then I try to tell stories with my photos with self-assignments. In my “Beyond the Arena” project (www.gustavominas.com/alem-da-arena), for example, which focuses on the neighborhood which hosted the opening match of FIFA World Cup in Brazil, I was both interested in the interesting social context by which the region was passing by and curious to get to know a neighborhood in my own town that I’d never been before. But the process was about the same as in my more personal photography: wandering the streets and reacting to anything which caught my attention. 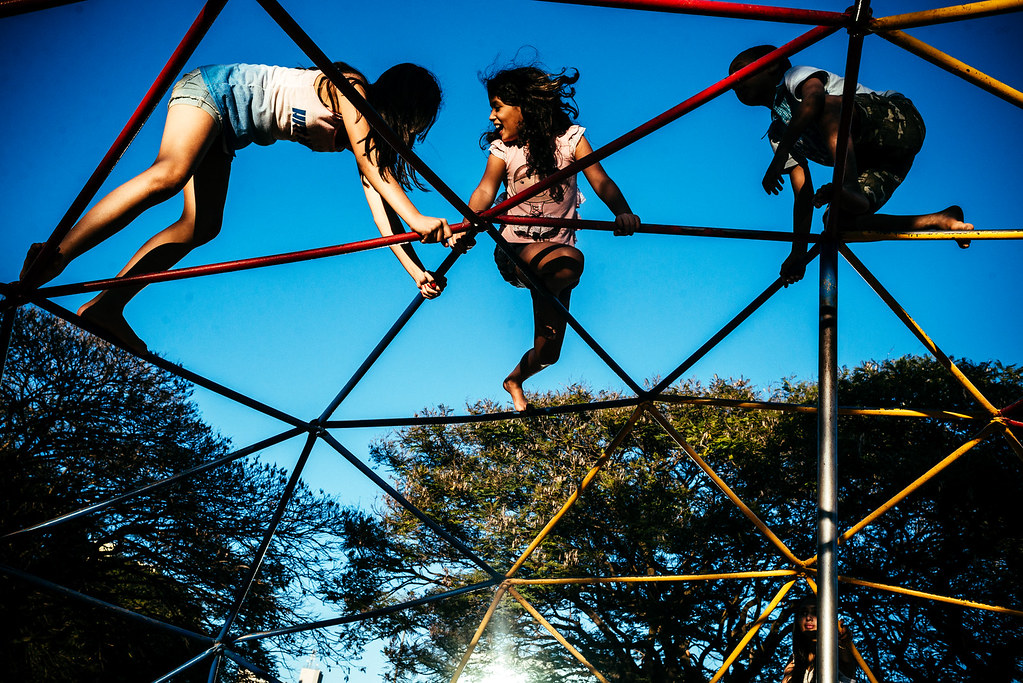 What is your gear and do you use any special settings on your camera or use special techniques?

Well, I use mostly a Nikon D600 (which BTW I don’t recommend, as it does have issues with sensor dirt as it’s been reported) with a 35mm and a 40mm. Now and then I try some film cameras, when I’m traveling for example. I really don’t use any special setting. I shoot RAW and then do my post processing.

Nothing special. I’m processing all my photos on Lightroom now. I’ve many presets which I found online, and I’ve made some adjusts in them. I apply them upon the import, and this way I’m spending much less time in post-processing than I was when I used Photoshop — which is good, since It leaves me more spare time to shoot or relax. 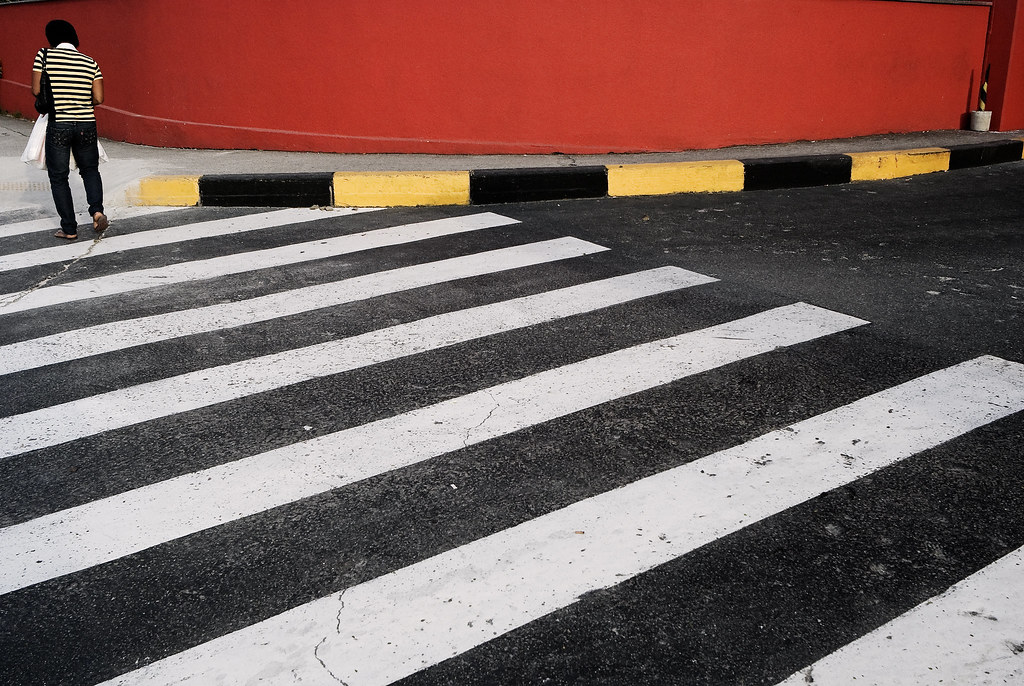 Are you using any equipment that you would call out of the norm, like any DIY or repurposed props, …?

No, just a normal DSLR.

For me, it’s following other photographers and learning with them. There are great guys over here. I heard about Flickr around 2007, from a friend I guess. The possibility of having a backup for my photos, a sort of external library, and the interaction and contacts with other photographers were what attracted me most since the beginning. Also, having some feedback from my contacts has helped me a lot to develop my photography. 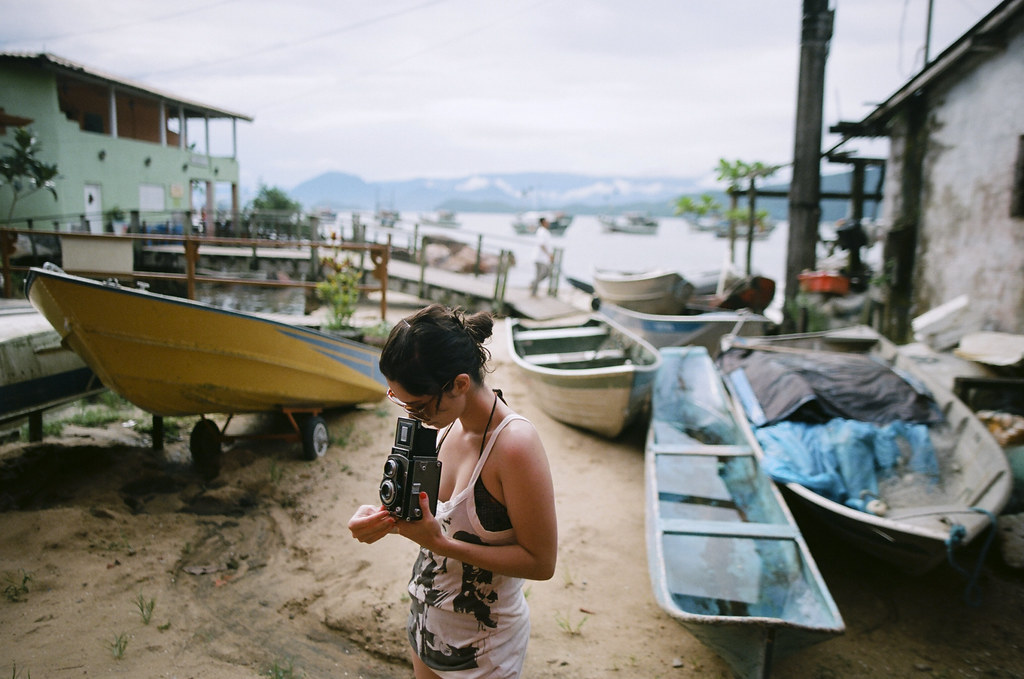 There are many members I really admire. I could mention dozens of them, but I’ll indicate some who I’ve been following for longer: Mariano Brizzola, Ed Peters, Don Hudson, Fagu and Hudson Rodrigues, to name just a few, have very inspiring streams. 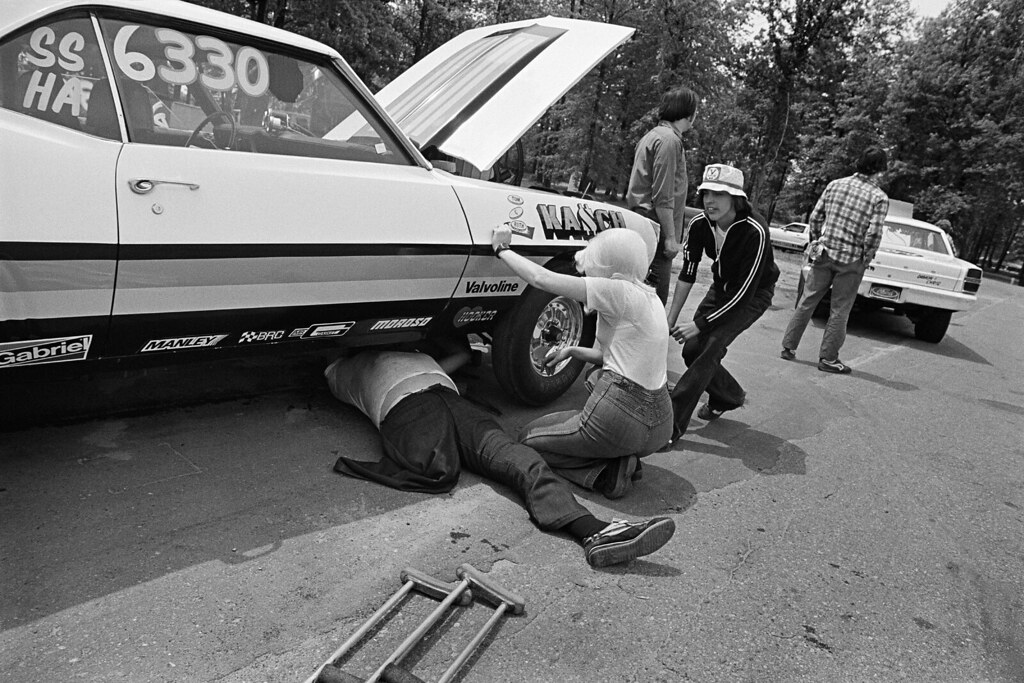 SelvaSP, a collective of Sao Paulo based street photographers, have a nice stream too, though it hasn’t been updated in a while.

I’m one of the moderators of the www.street-photographers.com group, an invite-only group, and I got to know many talented photographers through their submissions. Phenomenology, Street Fight, Don’t Be a Lemming have very unusual and cool pools as well.

What is your most favorite photo from your photostream and why?

This is a tough question, but probably this one: 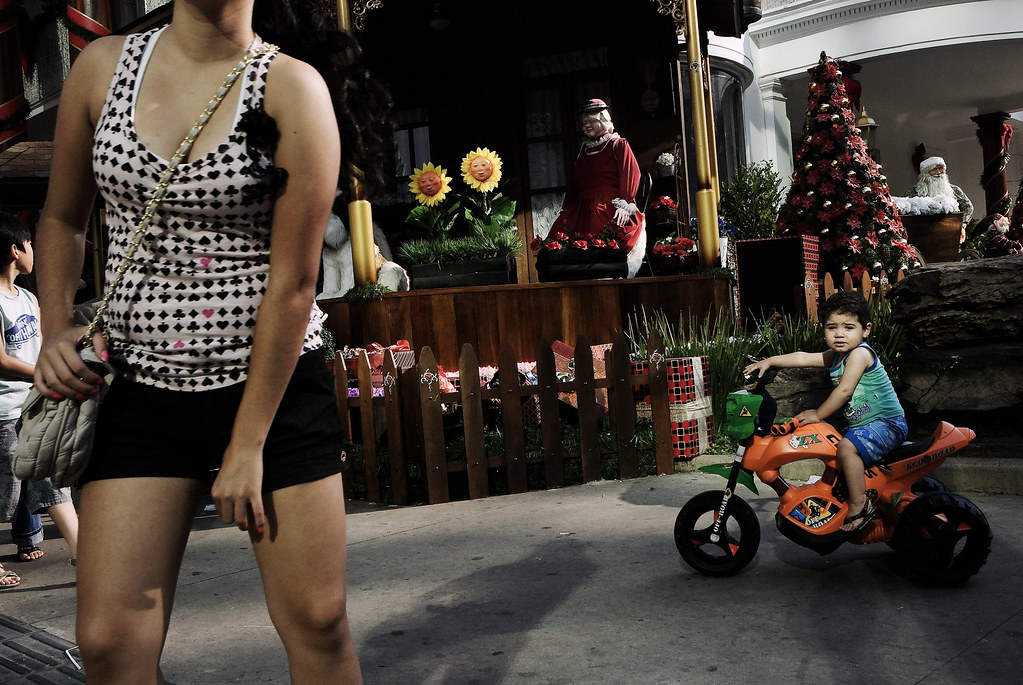 I like its complexity and multiple layers, its light and colors, and the ironic story is suggests. It was taken almost 4 years ago, but it’s still one of my favorites.

And what are your top three favorite photos from other Flickr members and why?
This is even harder to answer, but I do love these ones. It’s hard to say exactly why, but they’re all photos which raise questions and suggest ambiguous situations. 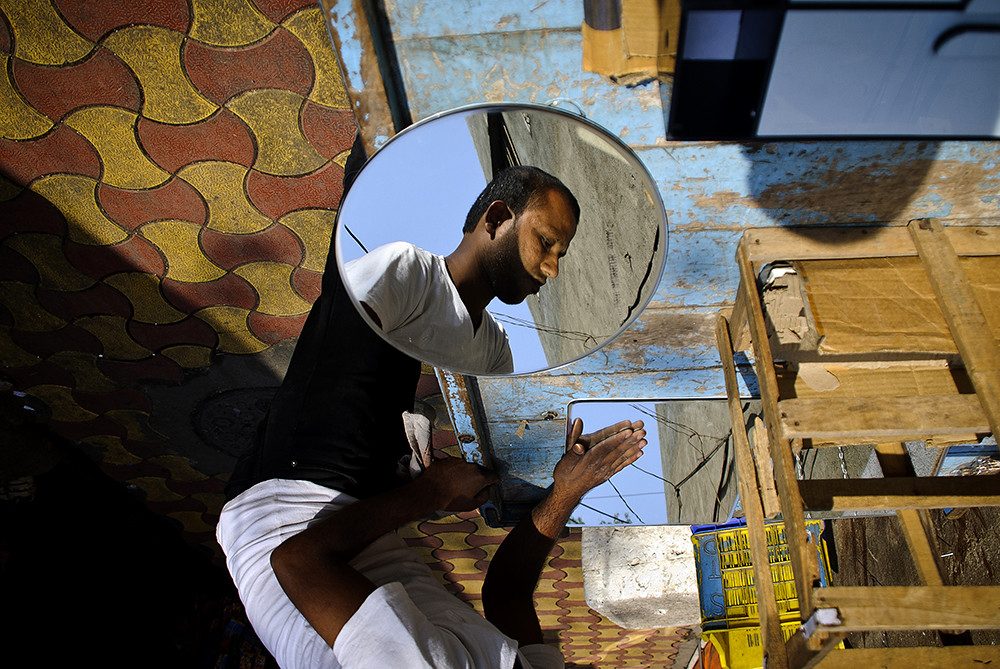 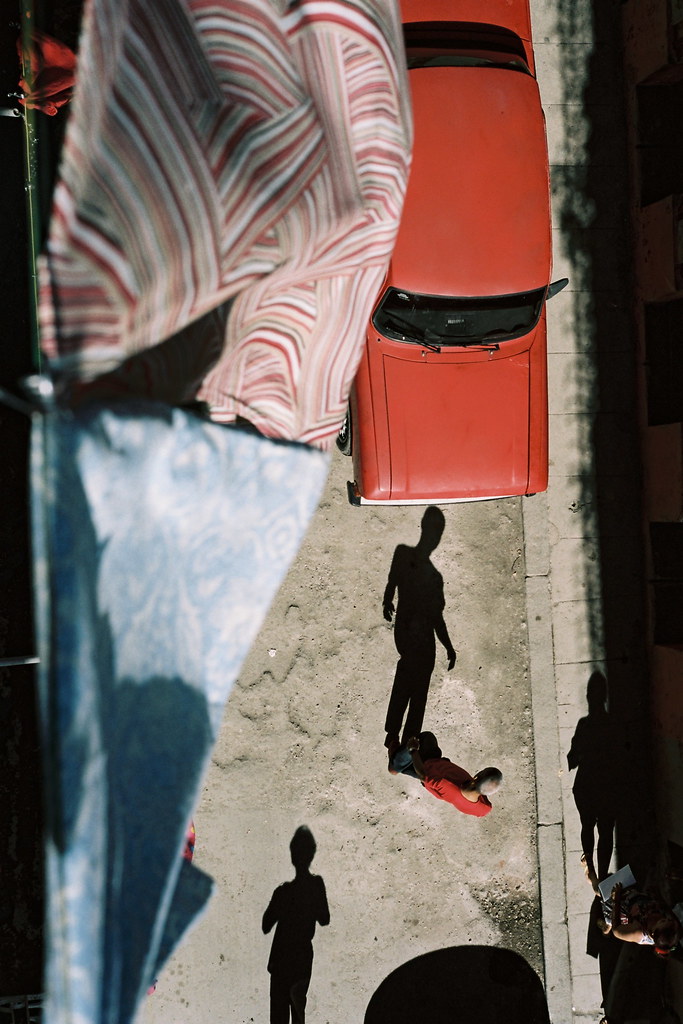 Wandering and going to new places, to photograph them. :) Music, cinema…

If there was one secret to photography you could share with the Flickrverse, what would that be?
Hmmm… don’t take your photography too serious. Care more about what happens when you’re trying to make good photographs than about the photographs. 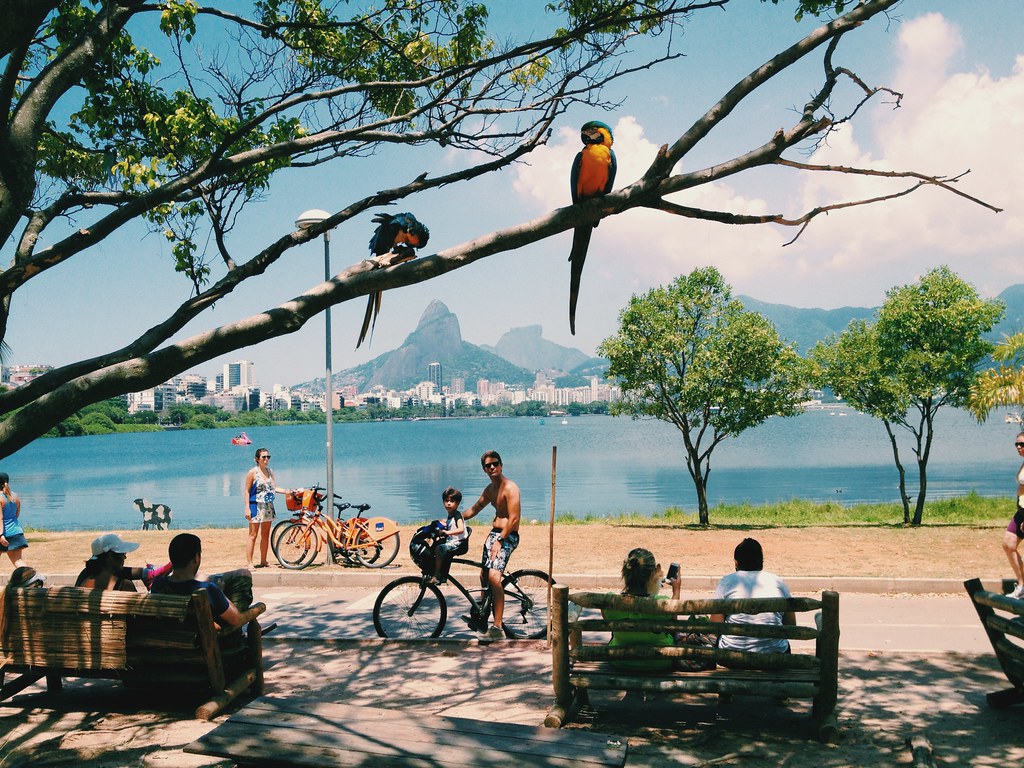 In 5 years, I’ll …
… still be photographing. Hopefully better and taking the same pleasure from it as I do now.

Gustavo, thank you for the interview!

To enjoy more of Gustavo’s work, visit his Instagram (@gustavominas), his two tumblrs and his personal site. And of course, check out his photostream and follow him if you’d like to stay up to date of his uploads.

Here are some of the photographers that inspired and delighted us this week. Click through to enjoy our Weekend Samplr in its entirety.

As a kid growing up, Brandon Cawood loved superheroes. As he got older, he began to realize that real-life superheros were all around him. The 30-year-old photographer decided to give firefighters, police officers, and emergency responders the kind of superhero treatment they deserved, by creating epic movie-poster style photos of those first on the scene.

It’s that time of year when the Flickr community comes together to celebrate the best of their annual photography. Your Best Shot 2020 will open its doors this Tuesday, December 1!

Al Thomas, known as educopilot on Flickr, is an educator and photographer who works with schools in America to transform teaching by using the power of creativity and technology. Al joined Flickr in September this year when he was awarded 1-year of Flickr Pro as a participant in Peak Design’s gear grants for Black photographers initiative. In addition to his portrait photography, Al has been sharing his work documenting the recent demonstrations around racial injustice in the US. “It is the story of my fight for my humanity.”