Like it or not, Brad Hammonds’ photostream will make you stop and look twice. His recent series, “Falling Through Space”, captures subjects falling precariously midair on the verge of disaster. The end result is not only an incredible photo, but instantly forces his viewers to contemplate and fear the figure’s fate; a sentiment Brad thrives off of.

“If I can create a feeling of apprehension or even question the safety of the figure in my photos, that’s what really excites me and let’s me know I’ve done what I set out to do.”

Brad’s idea behind “Falling Through Space” comes from the concept of emotional delay – how one person can never really experience true sensations of any moment until it’s already passed.

“It’s the idea that the time your brain takes any one moment and processes it, the moment is already behind you,” Brad explains. “There’s no way you can ever experience that moment again except through memory. I try to capture that moment.” 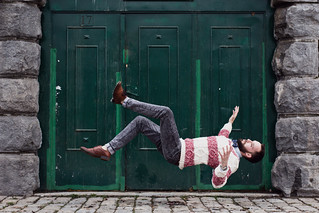 The subject in these photos is typically himself suspended Matrix-like in space, meanwhile his face and/or body language remains placid or subdued as if he has no idea or are completely unaware of the dangers that lie ahead.

Brad always likes to keep the background as interesting as possible and keep subject in poses that play into these scenes. He tries to keep any digital manipulation to a minimum, however there is a bit that has to be done to keep his own well being in tact. 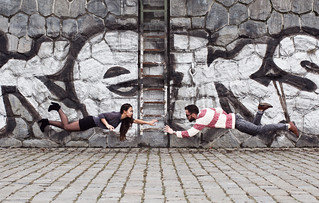 “The poses that you see in the photos are as they actually appear in real life,” Brad says. “Nothing is added, changed, or manipulated. The only thing that’s different is how those poses are achieved. Where in the photos I appear to be falling or floating through space, in actuality I’m in a stable position and then later given the illusion in post-production.” 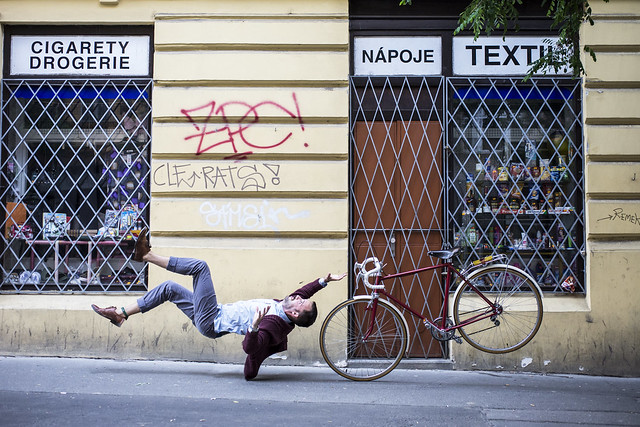 “The reason I enjoy this photo is because it was the most difficult setup that I’ve had so far, “ Brad says. “I had challenges in working with other props. The positioning of both myself and the bicycle had to be just right to capture this feeling of a bicycle crash. It wasn’t easy.” 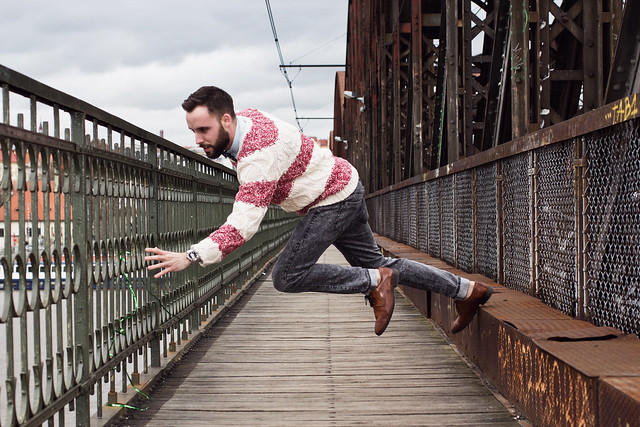 Another favorite is called Dive, which he feels encapsulates the idea of movement, depicting him diving forward what appears to be a high level of intention.

“The idea is that I’m really trying to go somewhere with great force, but as you can see in this photo, there’s nowhere for this figure to actually go.” 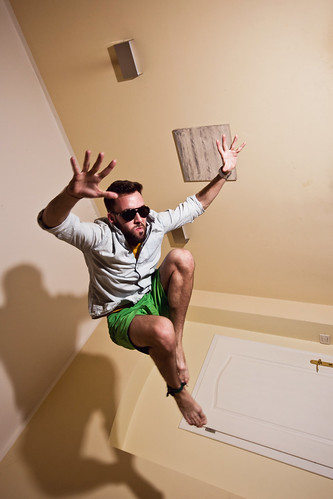 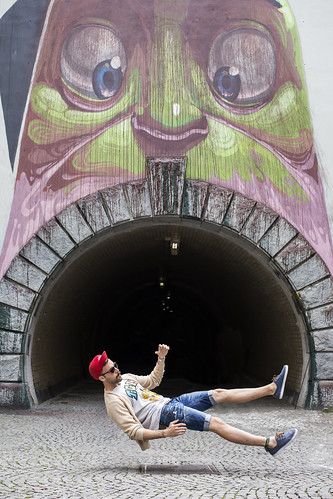 At the end of the day, Brad wants to continue to challenge himself and take different pictures, but also challenge the viewer as well.

“I think it’s very easy for the viewer to look at the photo and see and ask themselves ‘How is this possible?’ But I want to take it further than that, and I want the viewer also to also ask themselves,“What happens next?” And for them to come up with their own endings.”

Visit Brad’s photostream to see more of his photography.