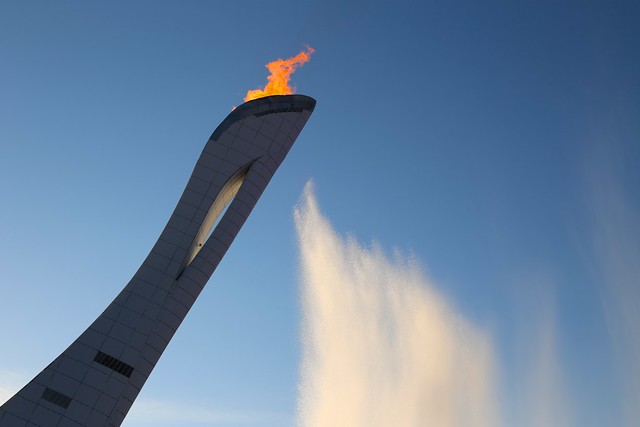 Flickr member Diego Jimenez (dejota3) recently traveled to Sochi, Russia, for the Winter Olympics, where he shot a number of amazing photos. Diego hails from Venezuela and currently lives in the San Francisco Bay Area. This was his first trip to Russia. He shoots on a Canon 6D and carried a 24-105mm and a 70-300mm telephoto to the Olympics.

We reached out to Diego to ask him more about his experience and we’re happy to share the extended discussion here:

Flickr: What motivated you to go to Russia for the Sochi Winter Olympics?

Diego Jimenez: I am a huge fan of the Olympic Games and had always wanted to attend in person. I also thought it would be a great opportunity to visit Russia, a country I knew very little about before this trip.

Flickr: Were there any parts of the travel that you found interesting or quirky?

DJ: Despite of the language barrier, we had a great experience exploring each city and finding our way around. Ordering food was always an adventure, and I was surprised with how much I enjoyed the local cuisine (e.g., Pelmeni, chicken soup, pancakes, beef stroganoff, etc…). Most Russians were also very hospitable and helpful. 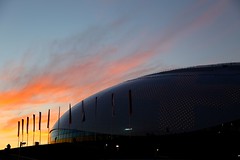 DJ: All of the arenas were state-of-the-art, so it is difficult to choose. In terms of architecture, the Iceberg, the Bolshoy Ice Dome (especially at night when it showed the scoreboard for hockey games), and Fischt stadium were all stunning. The Olympic cauldron and the musical fountain beneath it were also awesome.

As far as attractions, I loved visiting some of the national houses. These are a meeting place for supporters, athletes and followers of a country’s team. We were invited to the opening of the House of Switzerland, and they had a great party with food and free drinks. Another great one was the Austria house in the mountain cluster, which featured a bar, beach chairs and even a high striker game. Really fun.

Finally, the chocolate pancakes at Olympic park were the best thing that ever happened to us. I had like 20 of them.

DJ: Long track speed skating had the best fans and atmosphere, so I had a blast there. The snowboard half pipe tricks were incredible to see in person. The team figure skating event was also very thrilling with all the Russian athletes doing so well, and our small section cheering for Team USA. And hockey! So intense! 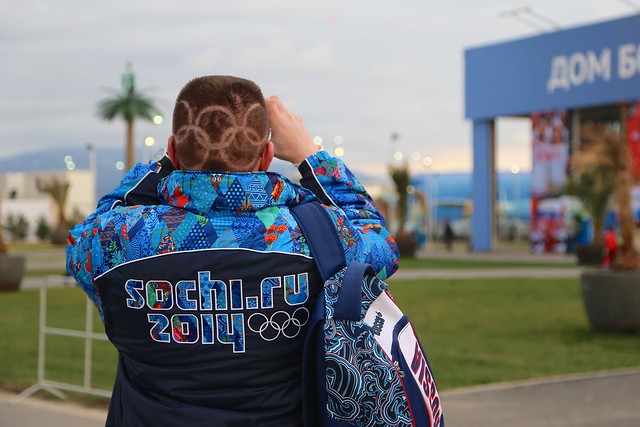 Flickr: What was the most interesting shot you took?

DJ: One of the first shots I took in Olympic park was a Russian fan with the Olympic rings shaved on the back of his head. It remains one of my favorites. I also like the athlete celebrations (i.e., having their Olympic moment) and the pictures I have with fellow fans. I don’t think TV coverage shows much of the fans and their experiences, but to me they are a huge part of the Olympics. 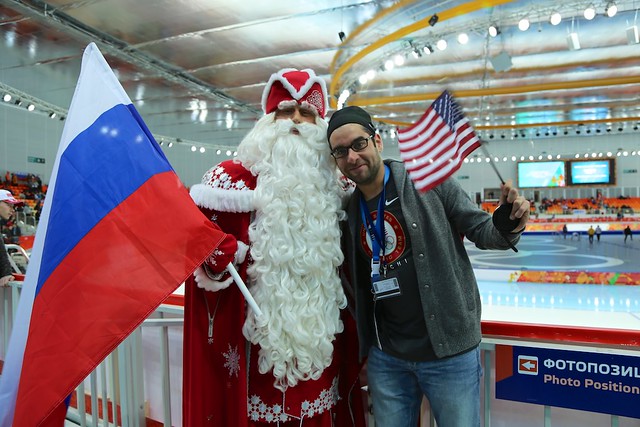 DJ: I jokingly called him “Father Russia” at the venue, but later found out he was dressed as Ded Moroz (the Russian Santa Claus or “Old Man Winter”). He was a Russian fan at the speed skating event. 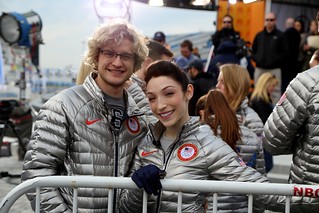 Flickr: How did you get so close to the athletes?

DJ: We went to the set of the Today Show and nobody seemed to mind that I was taking pictures (Thank you, Today Show!). Some of the athletes–like gold medalists Meryl Davis and Charlie White–even posed for a few shots, which was incredible. They were so down to earth and generous with their time. It was great.

Flickr: Were there many limitations on where you could shoot?

DJ: A couple of times, I was given a hard time at the security gates because of my equipment (for example, one guard pointed to the red ring on my lens as a signal that I was a professional photographer), but after some discussion and arguing, I was always allowed at the park and able to take photos from my assigned seat. In general, the rules for photo equipment were very vague (e.g.., “no professional photography”), so I figured it was worth bringing my camera and taking the risk. In the worst case scenario, I could always find a locker service to store my equipment. 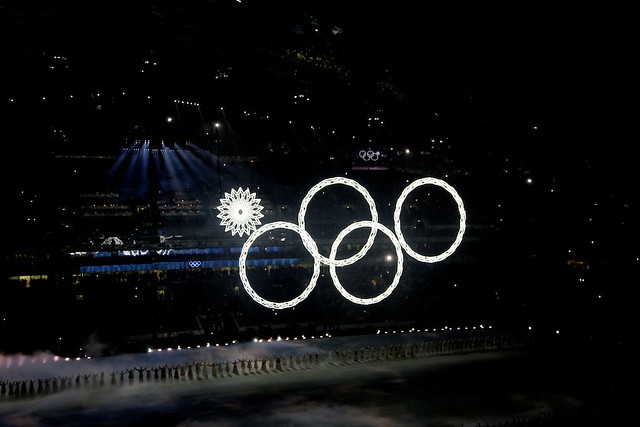 DJ: The first thing would be to do your homework and find out the photography regulations for the event before you buy tickets. I’ve recently been to arenas where they don’t allow DSLRs at all, which is extremely frustrating.

As far as photo equipment, flash photography is a big no-no for sporting events. [Flash] won’t help your shot look better, but (more importantly) it can negatively affect the athletes’ performance. So if your camera has a built-in flash, make sure you learn how to disable it before you go. For lenses, telephoto zoom lenses are great for capturing close-ups of the athletes or performers in big arenas, while multi-purpose and wide-angle lenses are best for landscapes and casual shots.

For photo processing, my only suggestion would be to try to download and edit the photos as frequently as possible so they don’t accumulate. Just as a reference, every night at the Olympic games, I’d have between 300-700 photos to sift through and process in about 1-2 hours (…yes, I am one of those trigger-happy photographers). This timeline seemed crazy, considering I can spend *hours* selecting and editing a couple of photos back home. But in this case, I prioritized sharing the experience in real-time over making sure each and every photo was perfect. It was difficult at first, but a great exercise to go through.

DJ: If anyone needs a personal photographer for Rio 2016, please let me know :-)

Our last Flickr Friday theme was #PreciousTreasure. This is a selection of our favorites from your submissions. When we think about our most precious treasure, […]