When we first spotted Elena Shumilova’s photostream, her photos instantly took our breath away. The Russian photographer transports her viewers into a beautiful world that revolves around her two little sons and their adorable pets — scenes literally out of a storybook. Elena’s use of natural light, colors, and her enchanting rural surroundings have not only made her photography both cozy and heartwarming, but also has received around 50 million views on Flickr. 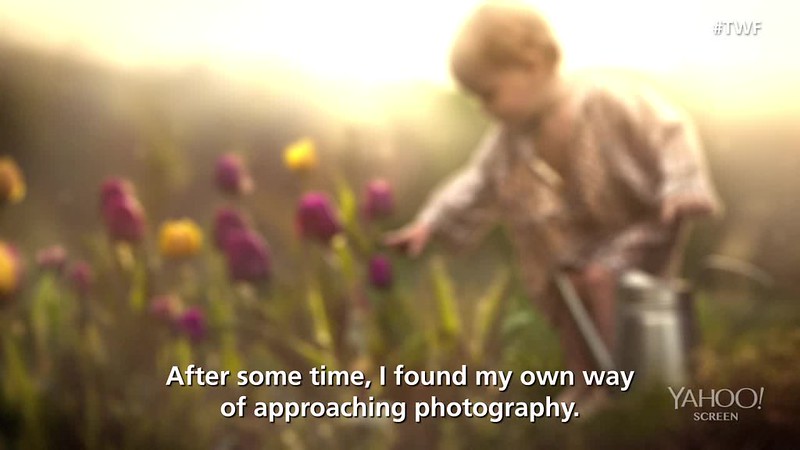 At first glance, you’d assume Elena’s been taking photographs for years. Her foray into photography, however, began nearly two years ago. 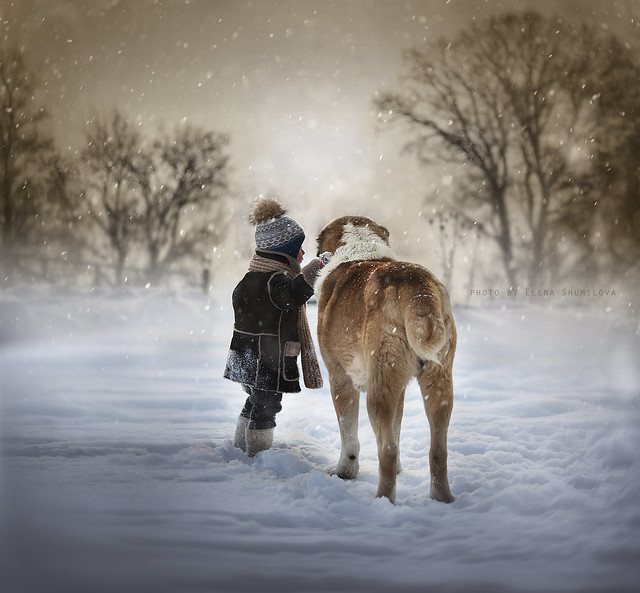 “I started taking photographs a year and a half ago [after] I borrowed my parents’ DSLR camera,” Elena says. “I just started playing around with it, taking photos every day. I spent six months learning photography. And after awhile, I bought a new camera. [Soon] photography became an integrated part of my life.”

Elena’s inspiration are her two sons, Yaroslav, 5, and Vanya, 2. She began taking pictures during her free time, which was generally on long walks with her boys in the gorgeous outskirts of Andreapol, Russia. 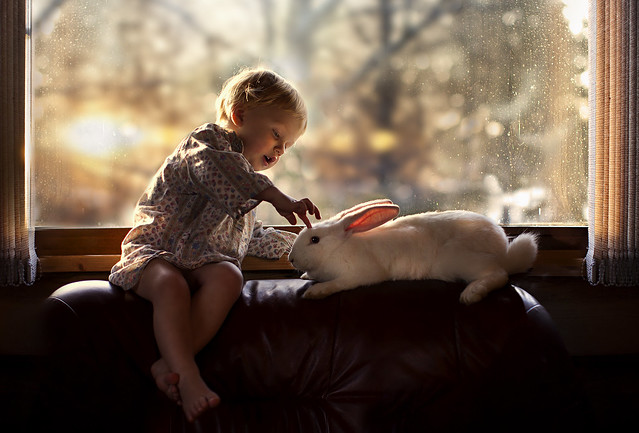 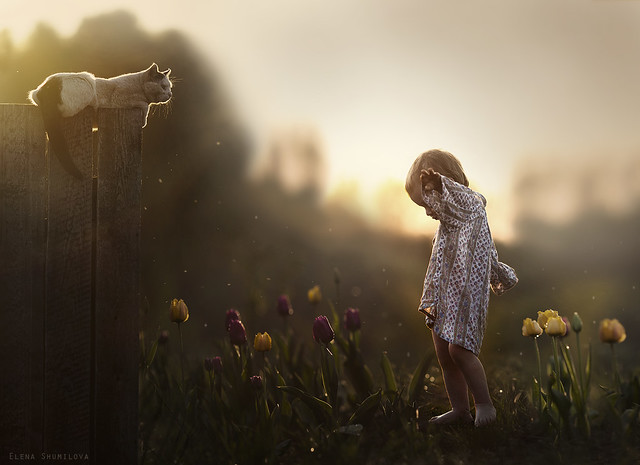 “When I go walking with the kids, I always grab my camera with me,” Elena says. “When you deal with children, all your pictures come out quite spontaneously. I do tend to have some preliminary photo ideas in my head, so I will sometimes direct my children to ‘do this’ or ‘do that,’ all while playing. The dog and animals that you see in photos are all our animals, so there are no special props.”

Elena is very specific and particular when it comes to her photography. For one, she prefers to use natural light — both inside and outside. 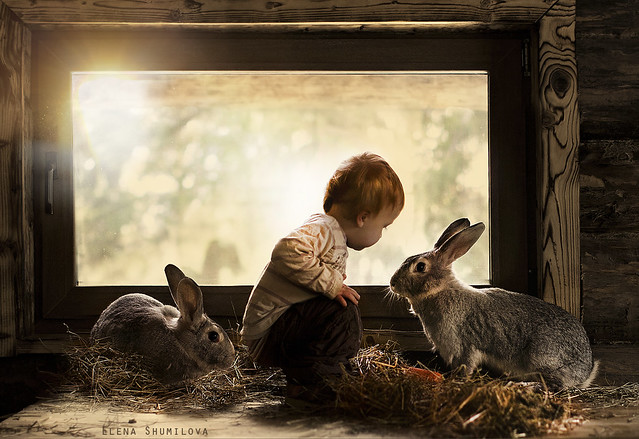 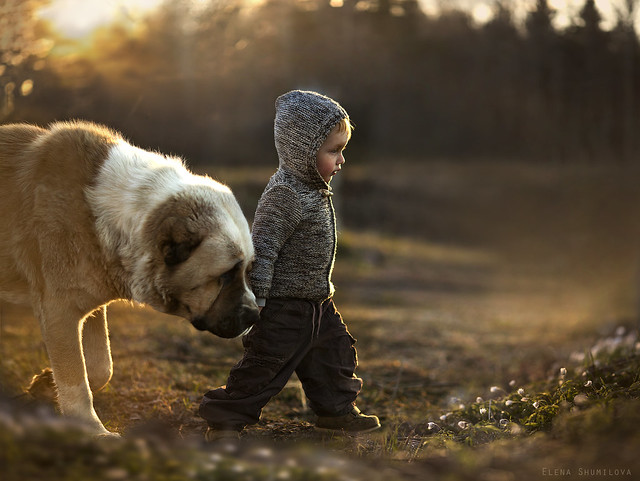 “I love all sorts of light conditions — street lights, candle light, fog, smoke, rain and snow — everything that gives visual and emotional depth to the image,” Elena explains. “I feel it really sets the mood I want to convey.”

“It takes me quite a long time to come up with the right angle and composition,” Elena says. “I tend to make a series of shots and to sort them out later to find the perfect one. I largely trust my intuition and inspiration when I compose my photos. I get inspired mainly by desire to express something I feel, though I usually predict [at the time] what that is.” 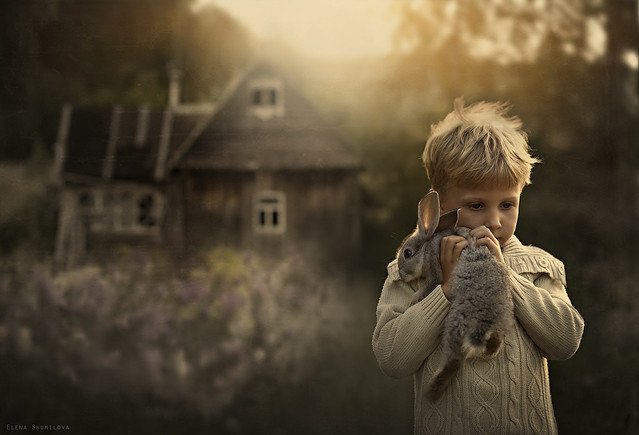 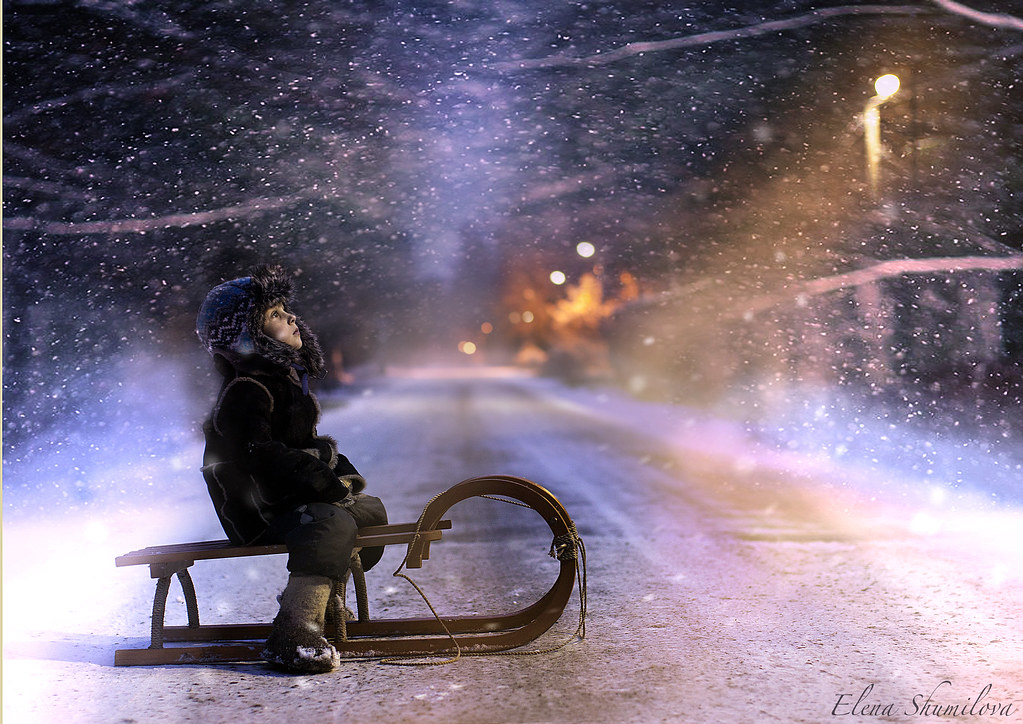 Elena’s favorite image is Foggy Day, mainly because she says everything (light, angle, composition, etc.) in the photo spontaneously came together all at once.

Elena never expected her photos to become so popular. From the very beginning, photography was just a hobby and her photos were just for her and her family. A few weeks after she uploaded them to Flickr, the reactions and positive feedback were overwhelming. People all over the world are enamored with her magical photos.

“I feel puzzled over my head-spinning success online and over the fact that my pictures have gone viral with millions of clicks, views, likes and shares,” Elena admits. “All I do is try my best in photography, and I know that tastes differ. My pictures represent the way I see the world. And I’m pleased with the fact that so many people like them too!” 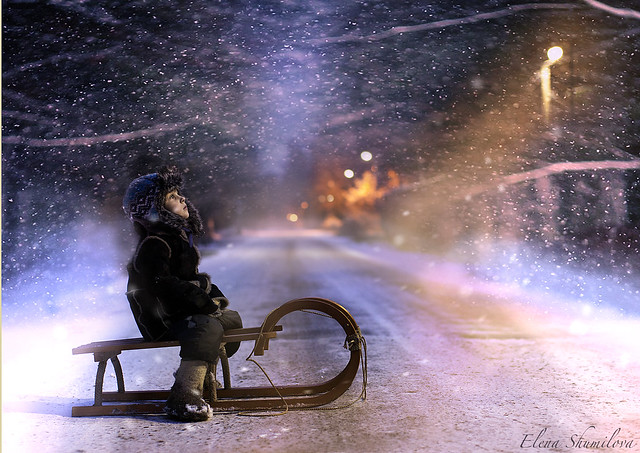 Visit Elena’s photostream to see more of her photography.

In ten years of Flickr photos, we’ve been mesmerized by changing points of view and evolving trends in photography. In the #Flickr10 group, we saw […]

As part of the celebration of Flickr’s 10th birthday we’re putting a call out for a global day of Flickr photo walks! Let’s continue to […]