It’s ironic to think a fly created so much buzz online, but that’s exactly what happened. When Belgian web designer Nicholas Hendrickx posted The Adventures of Mr. Fly series on Flickr, hundreds of thousands of people clicked on his photostream just to see where one little bug would turn up next.

Nicholas loves all types of photography, but a few years ago he became crazy about macro photography. The idea behind his Mr. Fly series came to him unexpectedly one spring day in his garden. 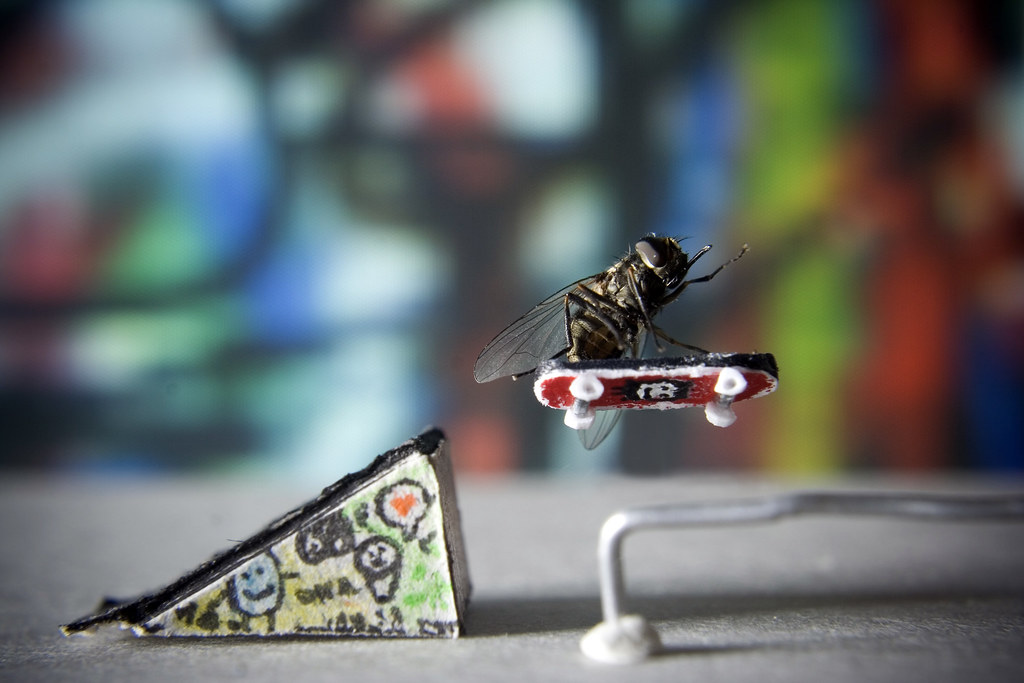 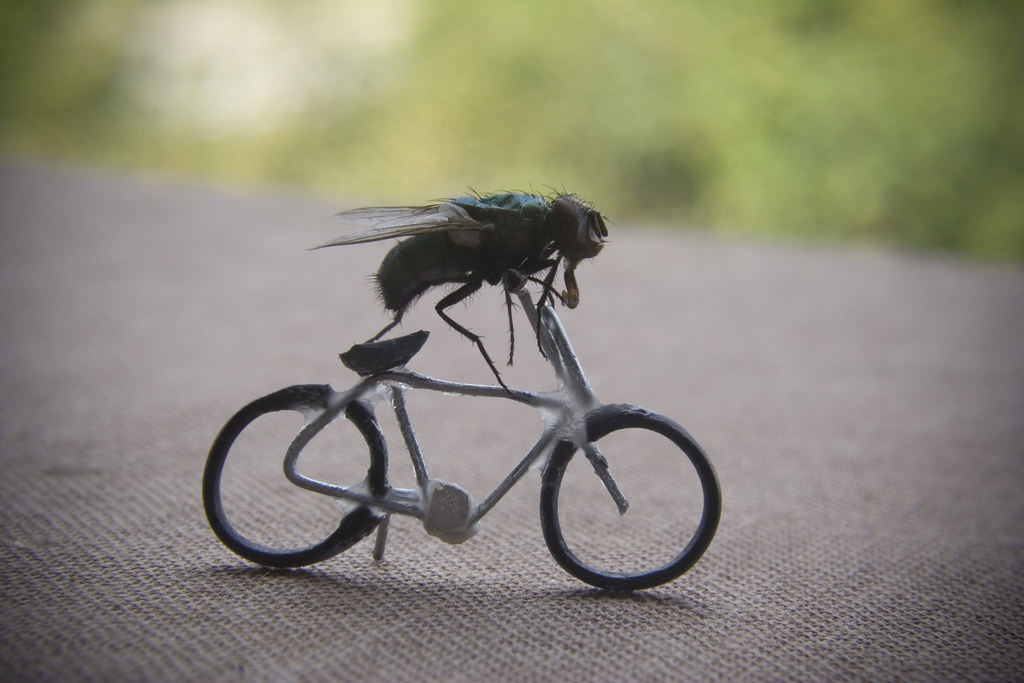 “One day I was shooting some insects, when I stumbled upon a somewhat lazy fly,” Nicholas says. “It was just sitting there on the ground, walking slowly when I approached it. I thought this was the perfect opportunity for some photos [because] I could get really close to the fly. So close that I could add a little prop perhaps? So I rushed inside and made a small paper board sign that said “will work 4 food”. After a successful photo, the idea for a Mr. Fly series sprouted and I started to design tiny props in preparation of more shots.”

In the beginning Nicholas’ props were simple, such as a paper guitar and a party hat and little knickknacks that were easy to make. But after awhile, they became more elaborate: a small piano, a swimming pool duck, and a metal Vespa scooter.

Nicholas admits shooting Mr. Fly isn’t easy. The number one question on most people’s minds when looking at his series is whether the fly is dead or alive. Nicholas assures us the fly is alive. He’s, however, very secretive about how exactly he gets it to pose! 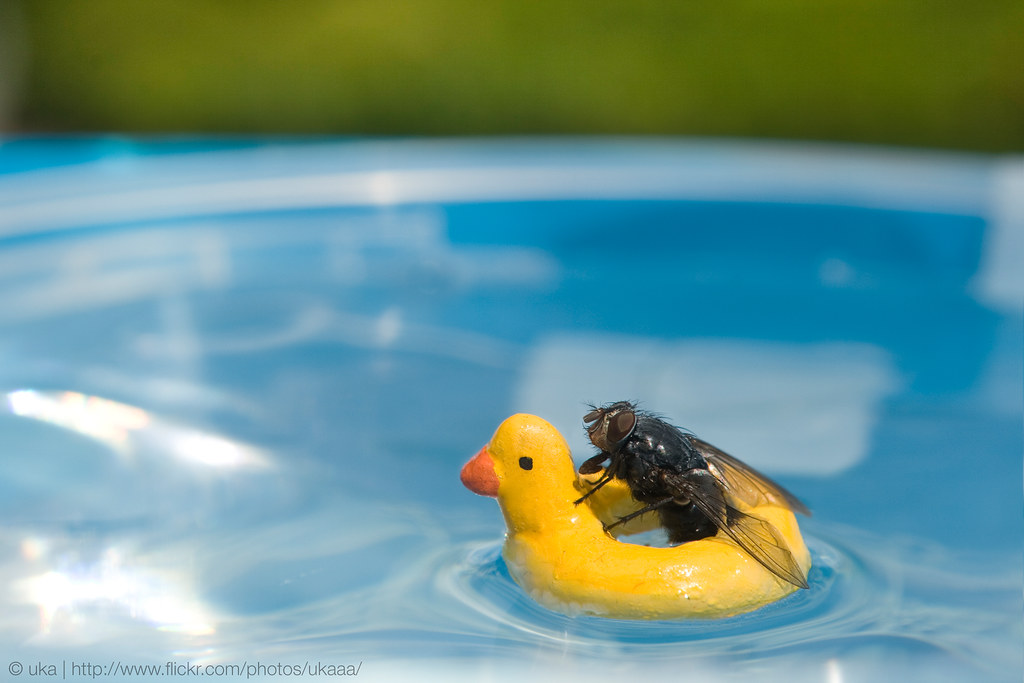 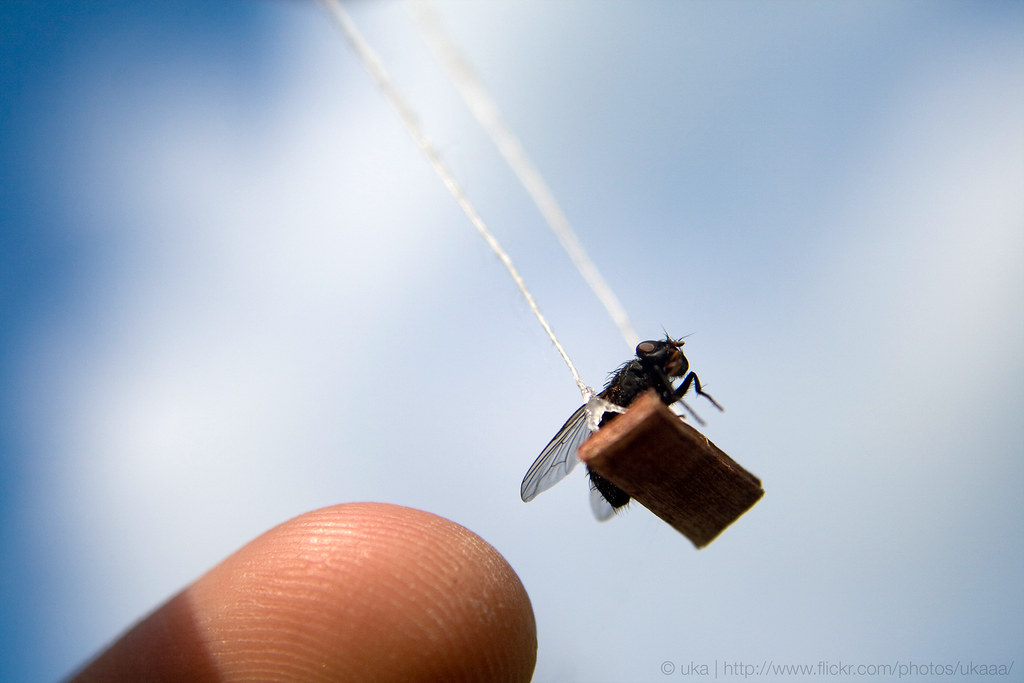 “You have to be really patient to do this kind of macro photography.” Nicholas says. “I had to literally take hundreds of photos just to get one good photo. I [generally] set up the scene, move the objects the way I want them, and step back to my camera … in that little time span — which is like two seconds — the fly can move or start walking away, so it can be really hard for me. I always have to go back, try to shoot it again, or shoot it from a different angle.”

The Flickr community picked up on Nicholas’ series as soon as he first posted it in 2007; many eagerly awaiting more photos. Mr. Fly got some press coverage throughout the entire world and even ended up in English grammar books.

Nicholas’ goal for this series was to make people laugh but also reflect about the world around them. 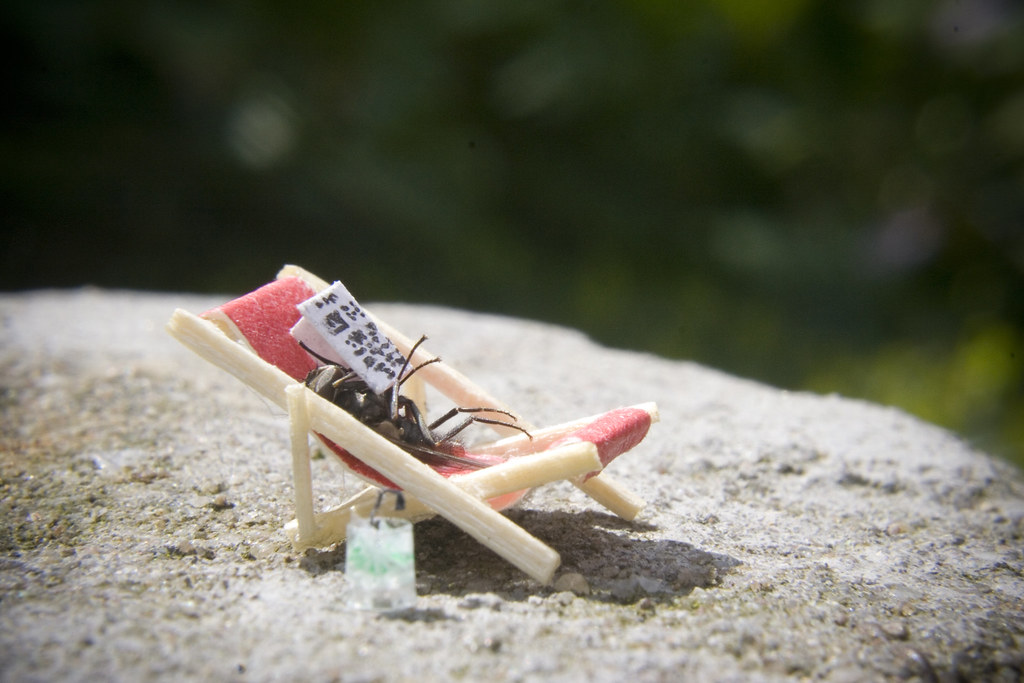 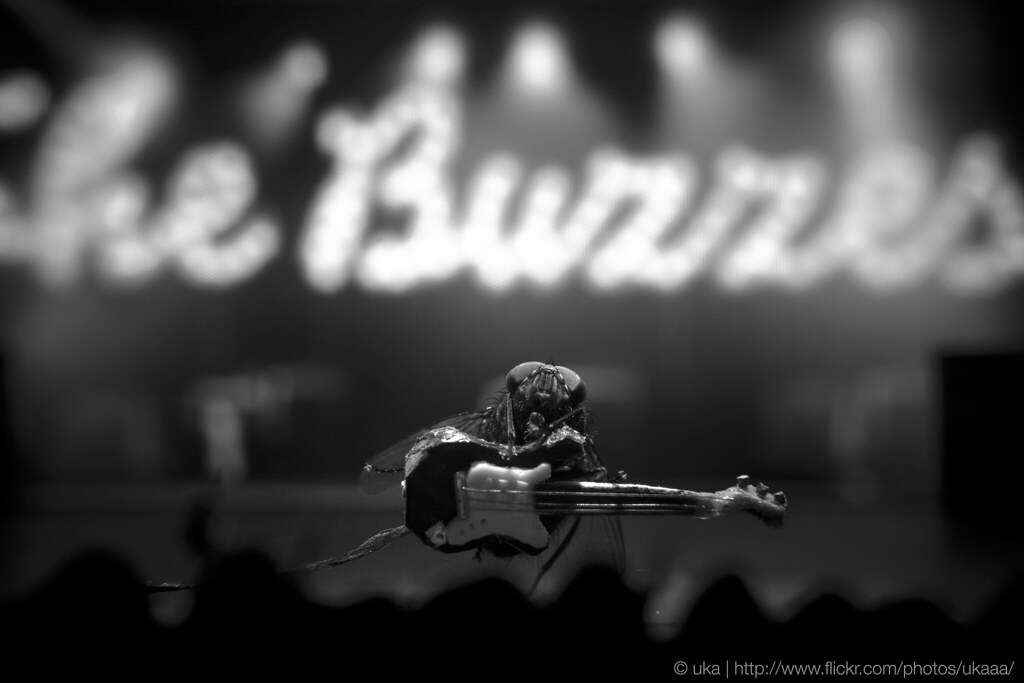 “I wanted to make people look at things in a different way,” Nicholas explains. “Sure, you see flies every day, but do you look at them in wonder? In my eyes, Mr. Fly is a metaphor for all the things we get used to … the things we walk past every day, the things we hardly notice. But all of these things deserve some attention too, and we shouldn’t take so many things for granted.”

Visit Nicholas’ photostream to see more of his photography.
Previous episode: Meet the guy that can be anything and go anywhere — he has no limits!