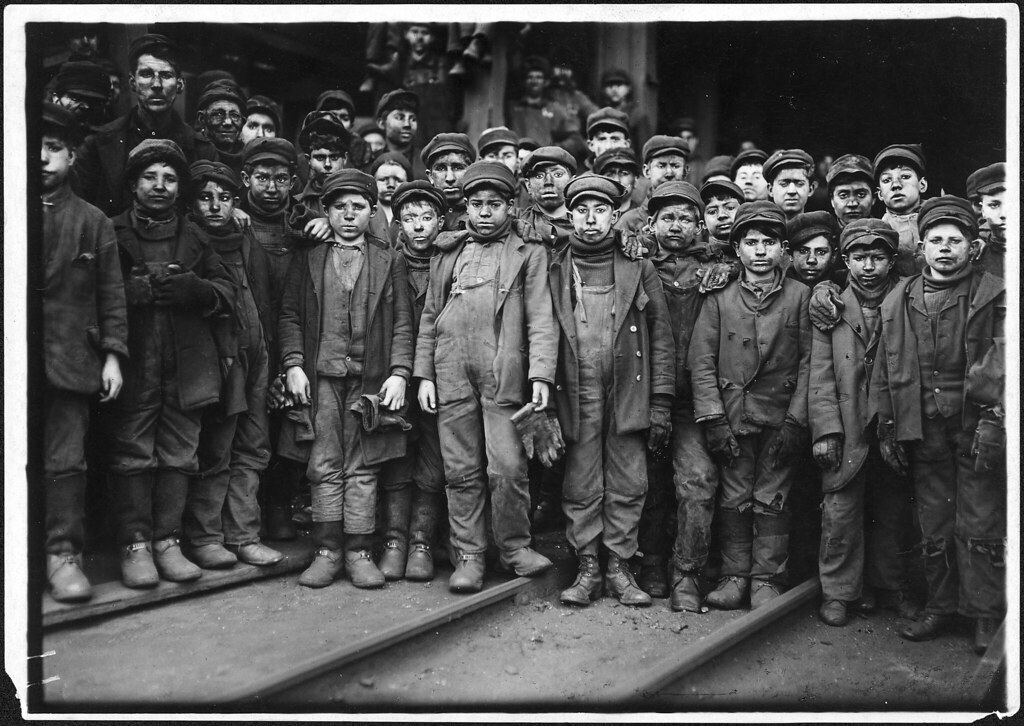 Lewis Hine was a New York City school teacher and social documentary photographer. In 1911, he was hired by the National Child Labor Committee to document child labor abuses in America. His heart-wrenching images of children at work helped lead to the passage of new labor laws in the United States. He felt so strongly that if people could just see for themselves the injustices of child labor, they would rise up and demand its end. He used his photography as a means to achieve social reform. His campaign shows us that a camera, held with hands of compassion, can be a powerful tool for positive change. 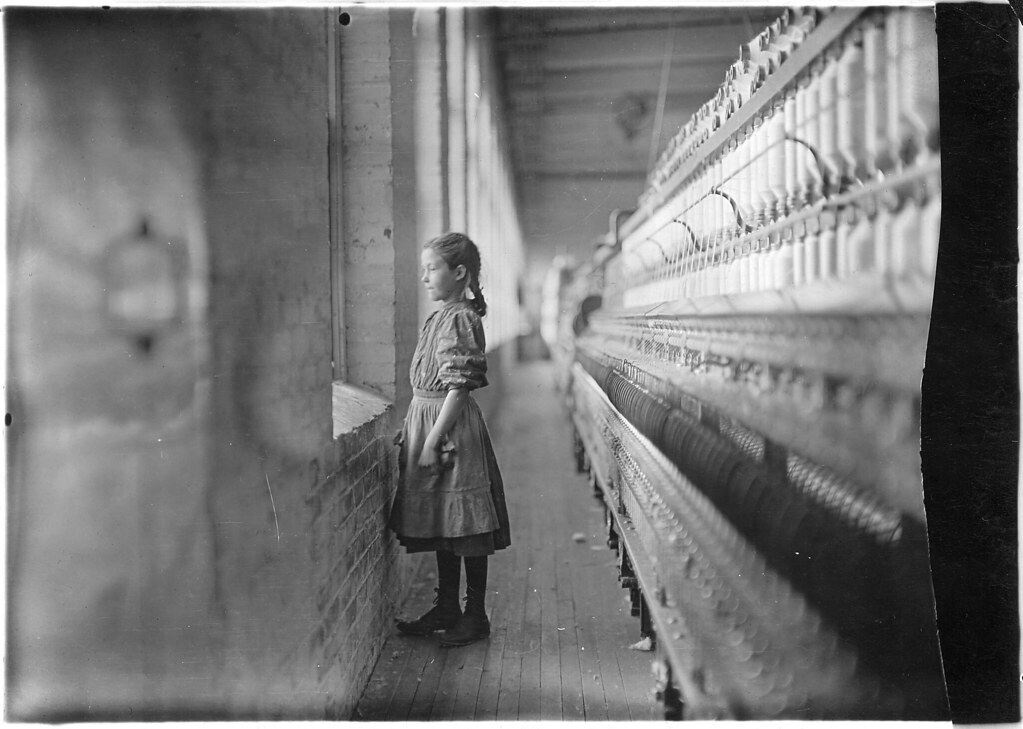 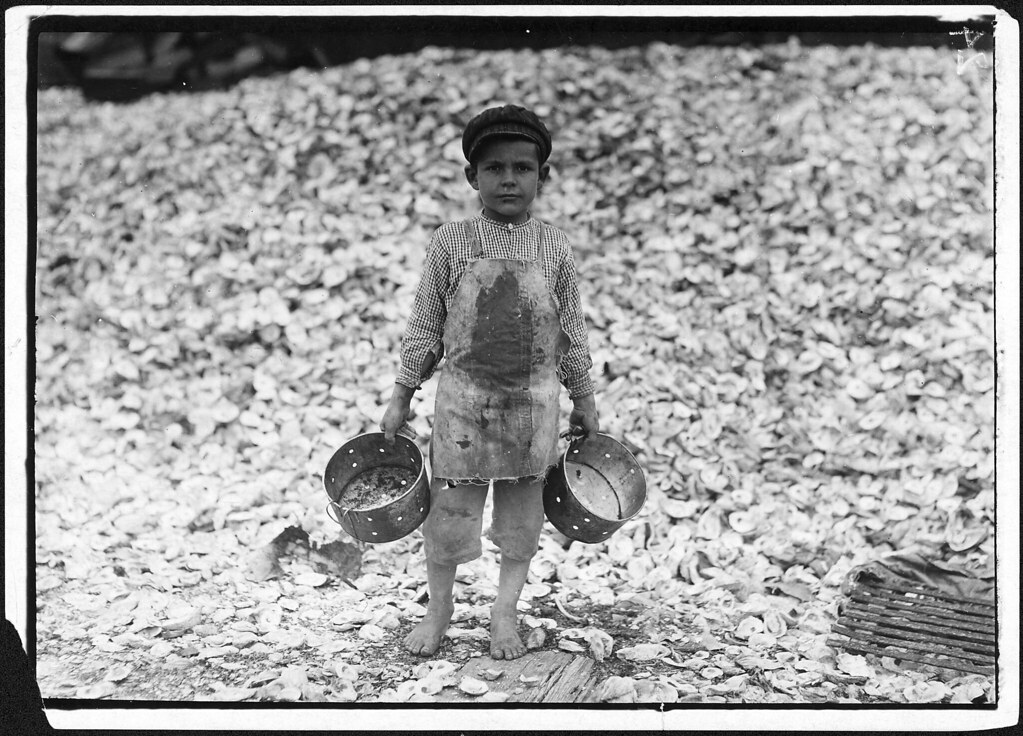 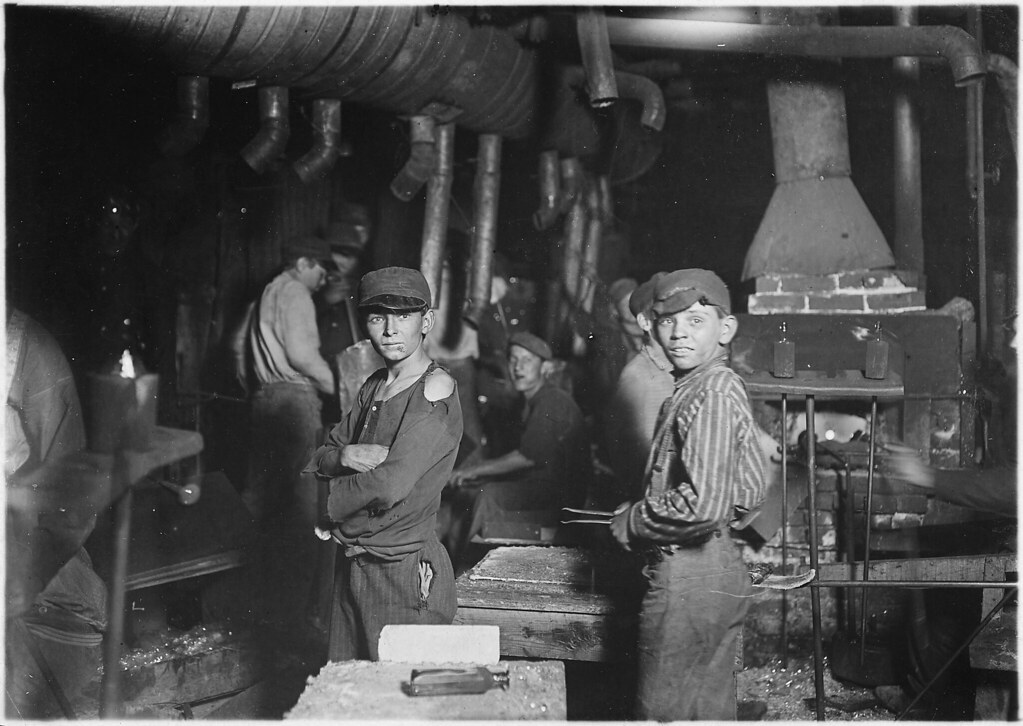 Using his hand-held, wooden box camera and his humanitarian eye, he put the undeniable, harmful effects of child labor on display for the country to witness. 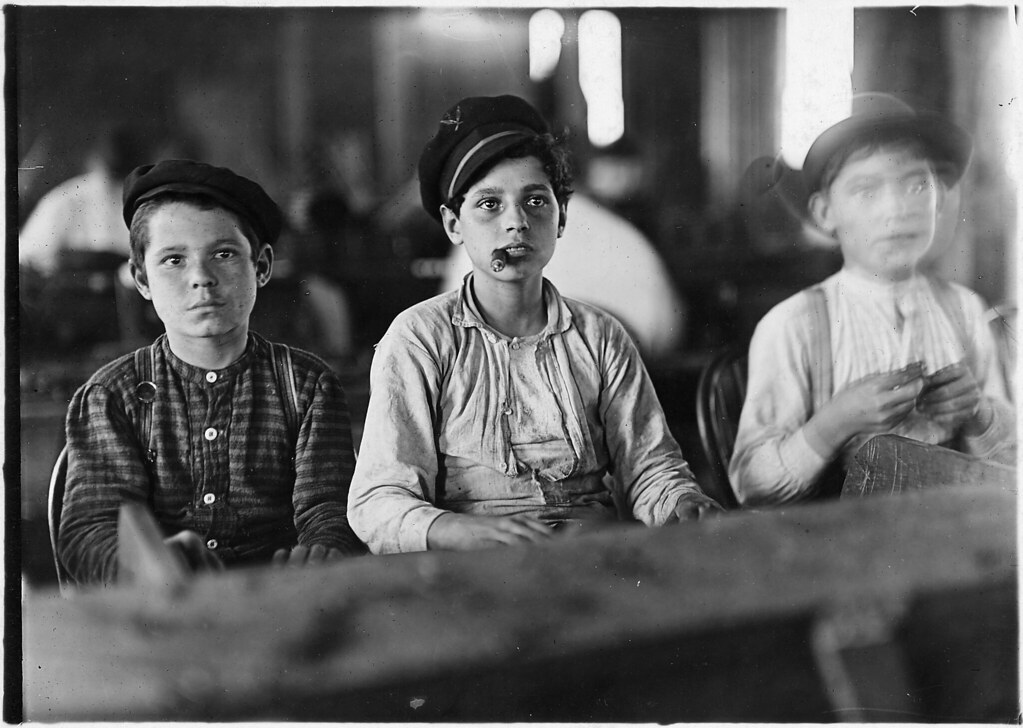 “In my early days of my child-labor activities I was an investigator with a camera attachment … but the emphasis became reversed until the camera stole the whole show.” 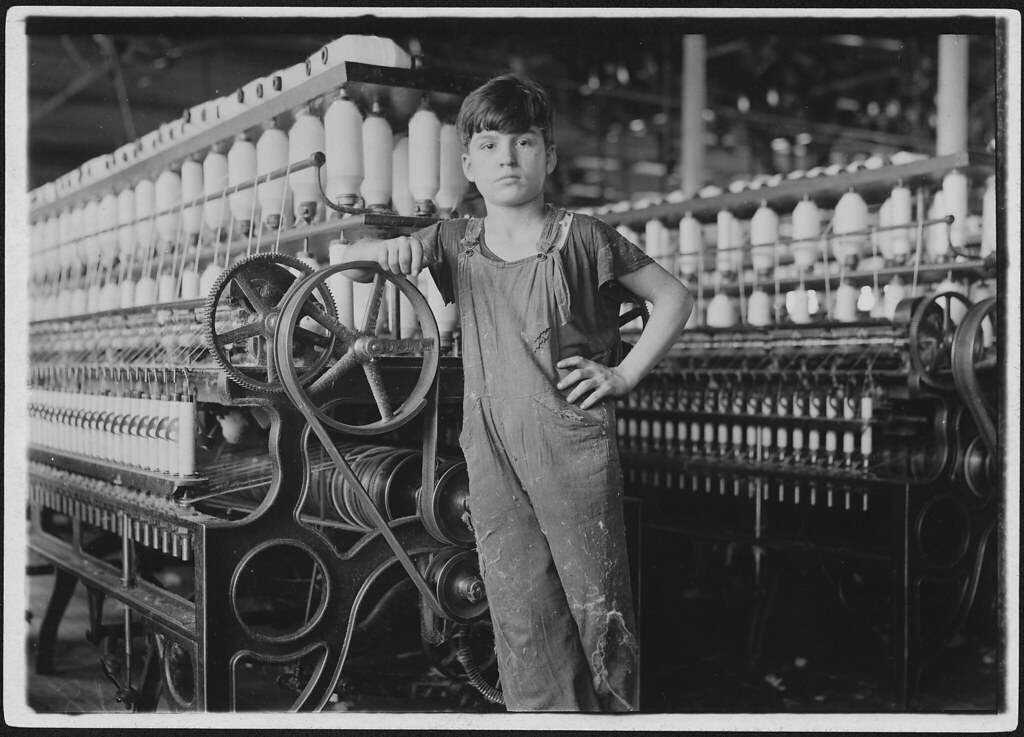 “Nattily dressed in a suit, tie, and hat, Hine the gentleman actor and mimic assumed a variety of personas — including Bible salesman, postcard salesman, and industrial photographer making a record of factory machinery — to gain entrance to the workplace. When unable to deflect his confrontations with management, he simply waited outside the canneries, mines, factories, farms, and sweatshops with his fifty pounds of photographic equipment and photographed children as they entered and exited the workplace.”
Photo historian Daile Kaplan 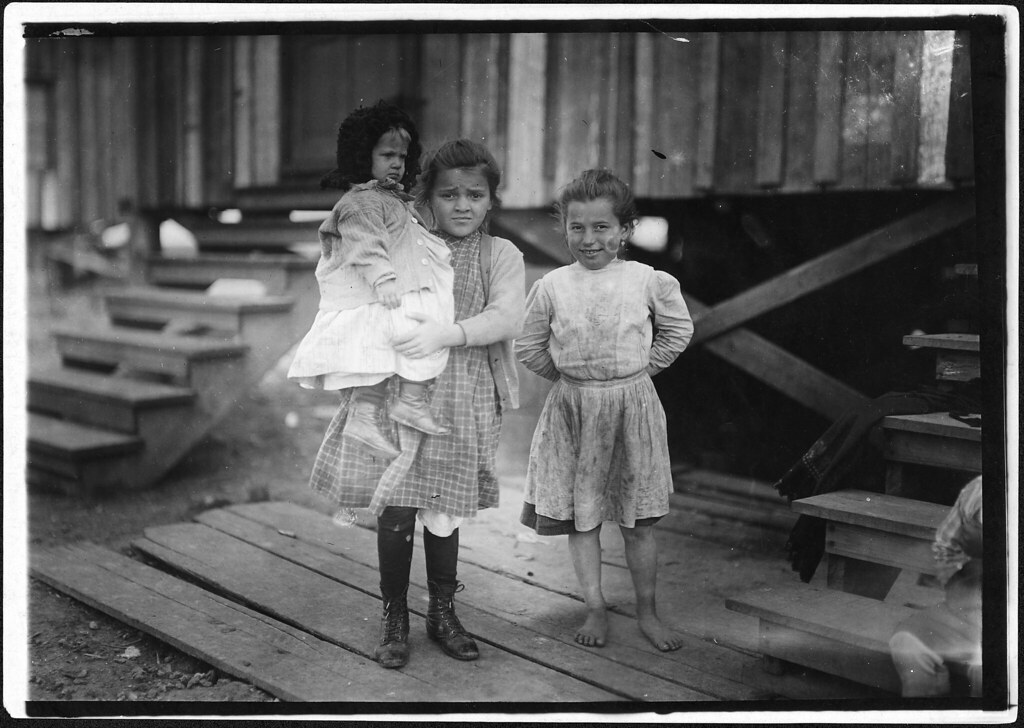 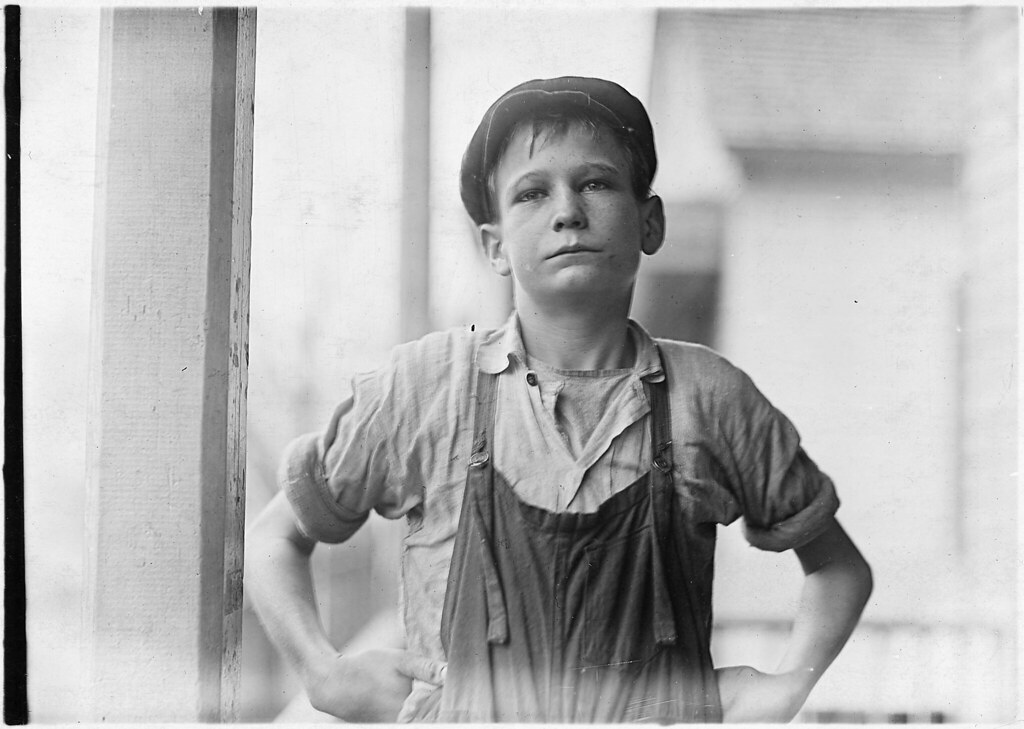 In 2002, the first World Day Against Child Labor was commemorated by the International Labour Organization. Its purpose was to shine a light on the extent of child labor around the world and to call to action an effort to eliminate it. Since then, every year on June 12 the World Day Against Child Labor brings together millions of people from around the world through governments, civil society, employers, and workers organizations to once again call out the tragedy of child labor and focus all efforts on ending it.

In memory of Maya Angelou, who knew how to pick up the battle.

Yesterday we asked you to find out your best shot of #Traffic for the #TwitterTuesday theme this week. We’ve got great shares from all of you. Whether the textile made by lights of cars in the evening, or the shadows of stopped bikes projected on the road, or people and creatures waiting for crossing the road or train, they all remind us the moment when we are moving.

We introduced our Wildlife Wednesday weekly series last week. And to our delight, you shared a nice batch of photography of wild animals.

The COVID-19 pandemic has reached most cities across the globe and over the past few weeks, we’ve seen more and more Flickr members sharing photos […]