Flickr members inspire with their photography, no matter which camera they use. While the platform is well-known for stunning DSLR imagery, the iPhone is now the most popular camera on Flickr. It’s also wonderful to see so many folks in our community going beyond casual selfies to create beautiful work. A number of them were honored last week in the iPhone Photography Awards for 2014.

We caught up with two of these photographers to get their stories, which we present to you below. 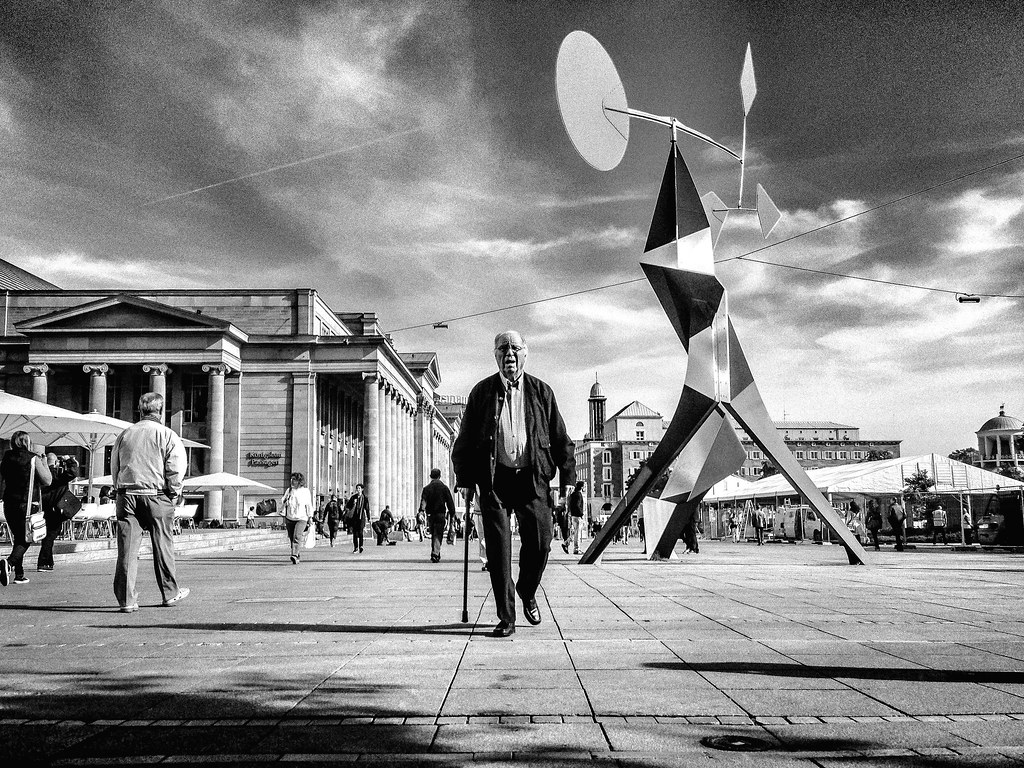 Gerard Collett is an English photographer who won the News/Events category with the image above. He also was honorable mention in the People category, with an image taken in nearly the same location in Stuttgart, Germany, and only five minutes apart. “I was seated on the one chair that faces down Königstraße, the main shopping thoroughfare in the city that runs through Schloßplatz itself,” said Collett. “It provides a unique vantage point of the many varied and fascinating people of Stuttgart as they go about their daily lives.”

Collett explained that the ‘Calder Man’ photograph (above), which received honorable mention in the People category, is “one of my most popular images on Flickr. It is also one of my personal favourites in my Flickr stream and portfolio. It is a rather surrealist image. I see it is a celebration of Man with slight apocalyptic undertones, but I would be very interested in what other people thought!”

Of the The Schloßplatz Arrest (above), which won first place in the News/Event category, Collett said he was at a cafe near the arrest, but he didn’t know the context behind what happened. “That same morning, there was the largest police presence I have ever seen in Stuttgart. Hundreds of policemen and women had positioned themselves around the banks in Charlottenstraße, with a police barrier cordoning off the entire area. Regarding the actual photograph, I was aware of some commotion going on in the cafe outside the Kubus Museum to my left. When I turned to see what was going on, I noticed the faces of some concerned waiters at first, and followed the direction of their glances to see the legs of a man being pinned down at his table by two police officers. It was at that moment that the police car reversed up in front of me. I have to say that it was pretty impressive police work. The arrest caused little disturbance, there were no sirens and the man put up no resistance, so the people’s reactions that you can see are from genuine curiosity rather than fear.” 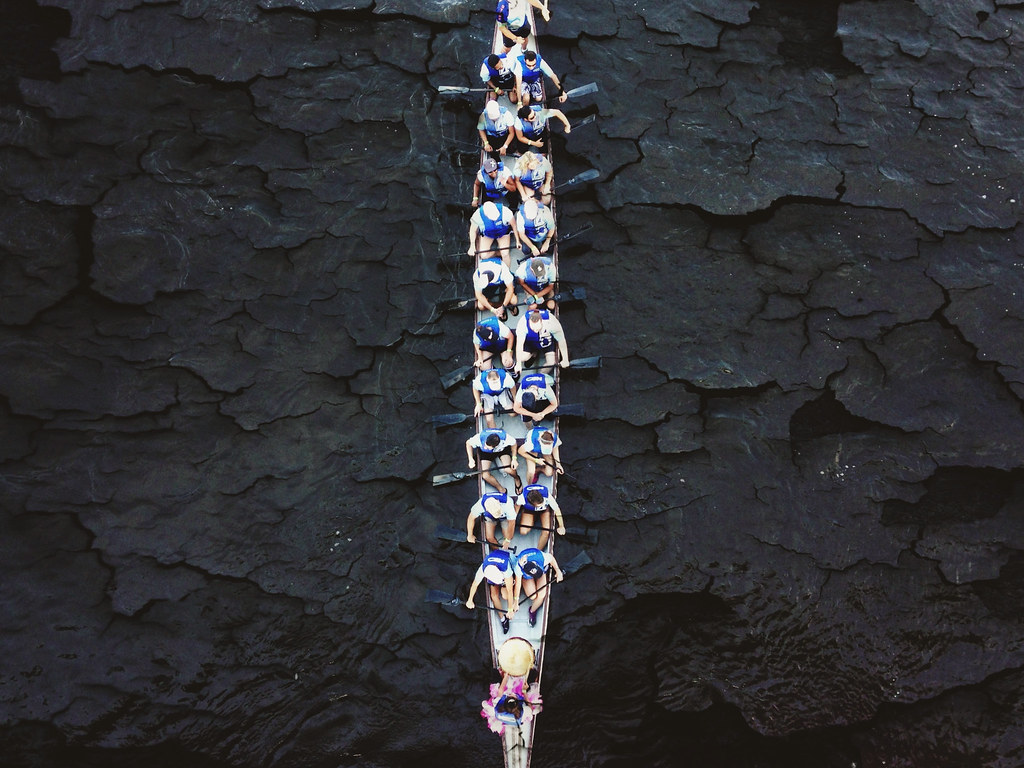 Brandon Kidwell shot the picture above at a corporate fundraiser that his company supported in Jacksonville, Florida at the end of the summer 2013. “The boats were loading underneath the Main Street Bridge and paddling out from there,” Kidwell explained. “I thought it would be cool to get a different perspective and take a few pictures from above on one of the observations lookouts. Just as our corporate team paddled out, I took a few shots and this one was my favorite. The ends of the boat were out of frame but I feel that added to the composition, keeping the boat connected to the border, not swallowed up by the surrounding water, giving balance and focus on the boat and the rowers.”

Kidwell said he shot the photo with his iPhone5 and processed it with PicFx, adding the cracked paint texture to the water. He masked out the cracked paint texture over the boat in Filterstorm and finished with a VSCOCam filter for the subtle tones it adds. “One thing that make this photo great for me is that my wife is in the boat; she’s the blonde, fourth row from the back,” he said. 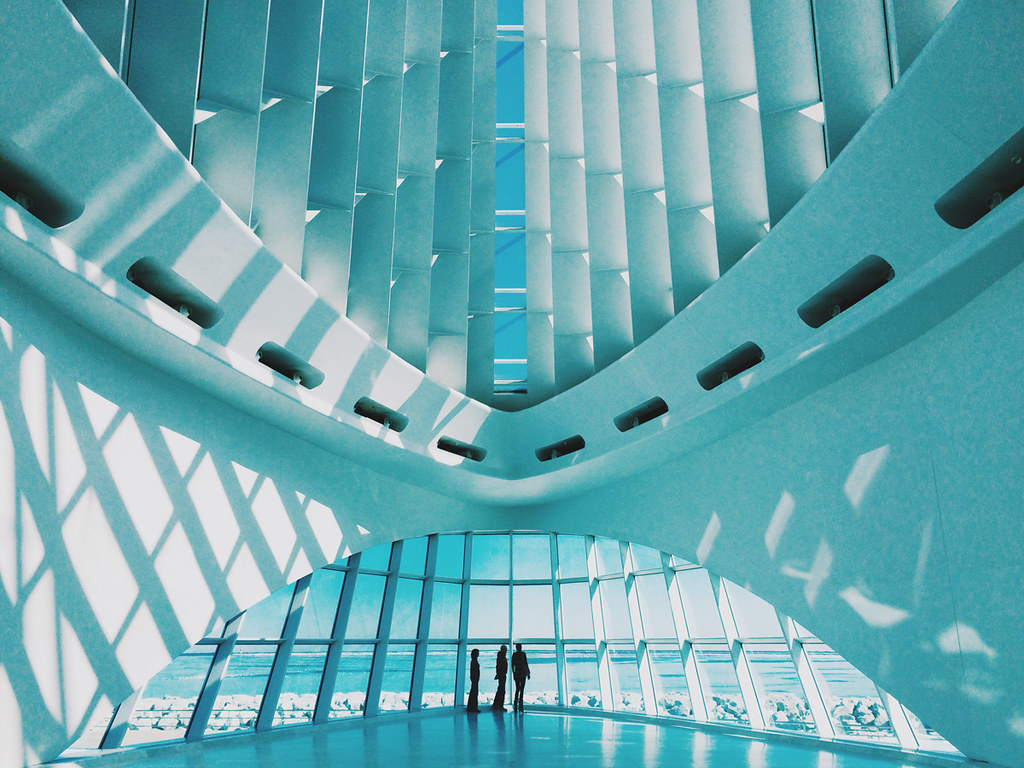 Yilang Peng won the Architecture category with the image above. 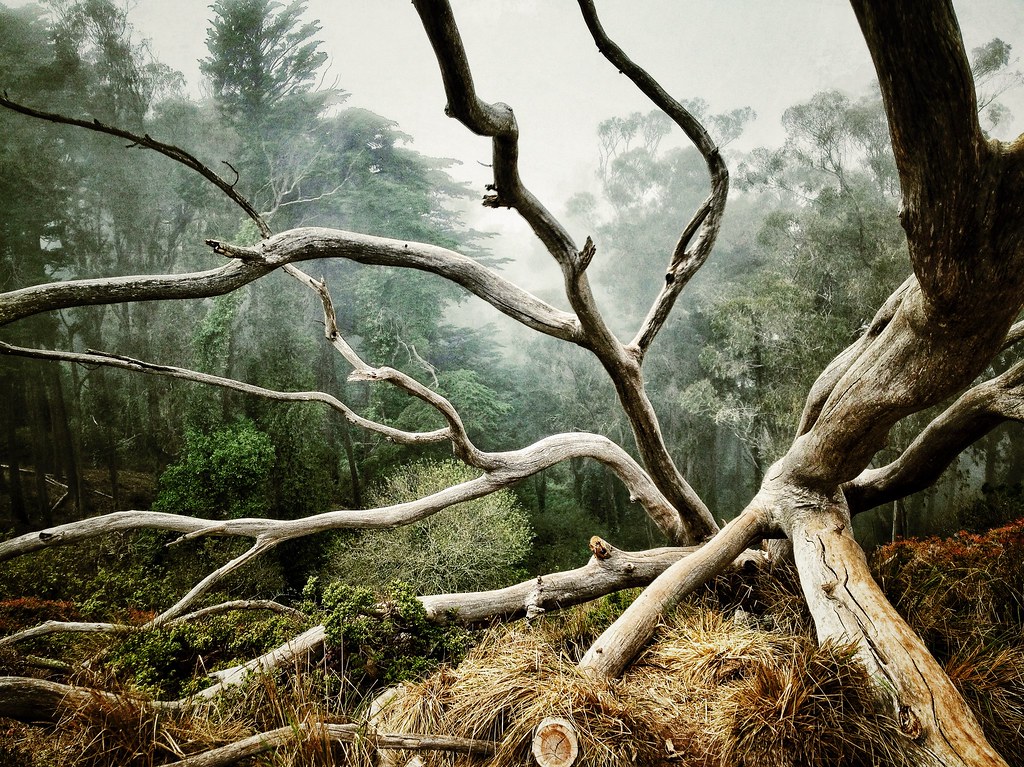 Aaron Pike won the Tree category with this image.

Kyle G. Horst won the Panorama category with the image above.

Other winners include Michael ONeal in the Animals category, Alexa Seidl in Food, Sofija Strindlund for Still Life . Congratulations to all the winners and happy clicking to the iPhoneographers on Flickr!

The perennial family of plants called Polemoniaceae — mostly known by the vibrantly pink flowers of the moss phlox species — bloom in dazzling fashion during the spring in Japan. The gardens of the Fuji Shibazakura Festival, Tokyo, and Hitsujiyama Park, Chichibu City, feature grand displays and arrangements of these plants.