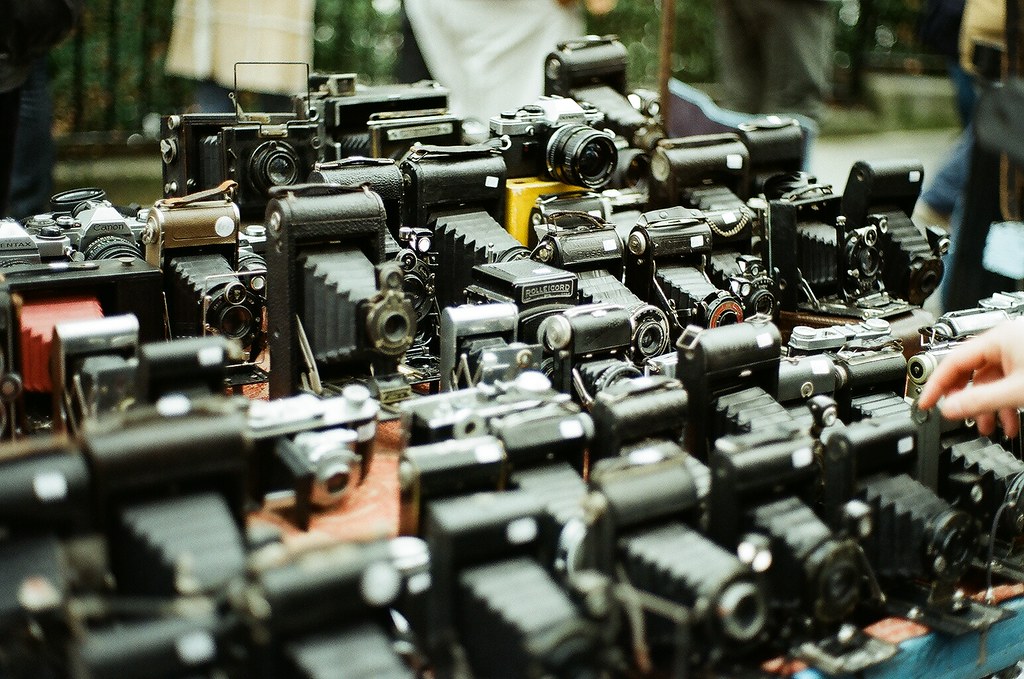 Through the years, photography has touched every one of our lives on many personal levels, from old black and white snapshots to camera-phone selfies. To celebrate National Camera Day, we have highlighted some of the most influential cameras from photography’s history and the lasting moments they continue to help us capture. 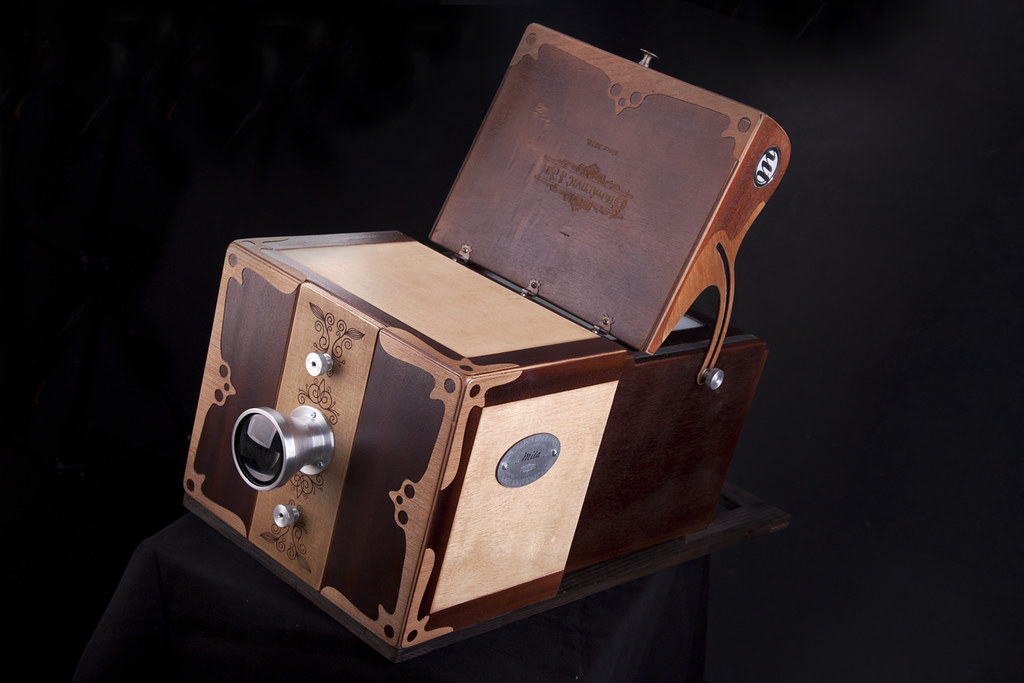 The first photographic device invented was the Camera Obscura (also known as the pinhole camera). The term “camera obscura” means “darkened room” in Latin. Originally, these darkened rooms were sealed off from light, except for a tiny hole. On the opposite wall, an image of the outside world was projected up-side down. As the camera evolved, it became smaller in size, until it was simply a portable box with a tiny pinhole, that allowed light to enter the device and expose either a piece of photographic paper or film. A 45-degree mirror was later added to the inside, in order to flip the image right-side up.

Pinhole cameras can be made out of just about anything from cereal and oatmeal boxes, to old film cameras (done by removing the lens and replacing it with a lens cap that has a tiny pinhole drilled in the center). Photographers have also experimented with building their own camera obscuras, or pinhole cameras, to accommodate specific types of film formats. 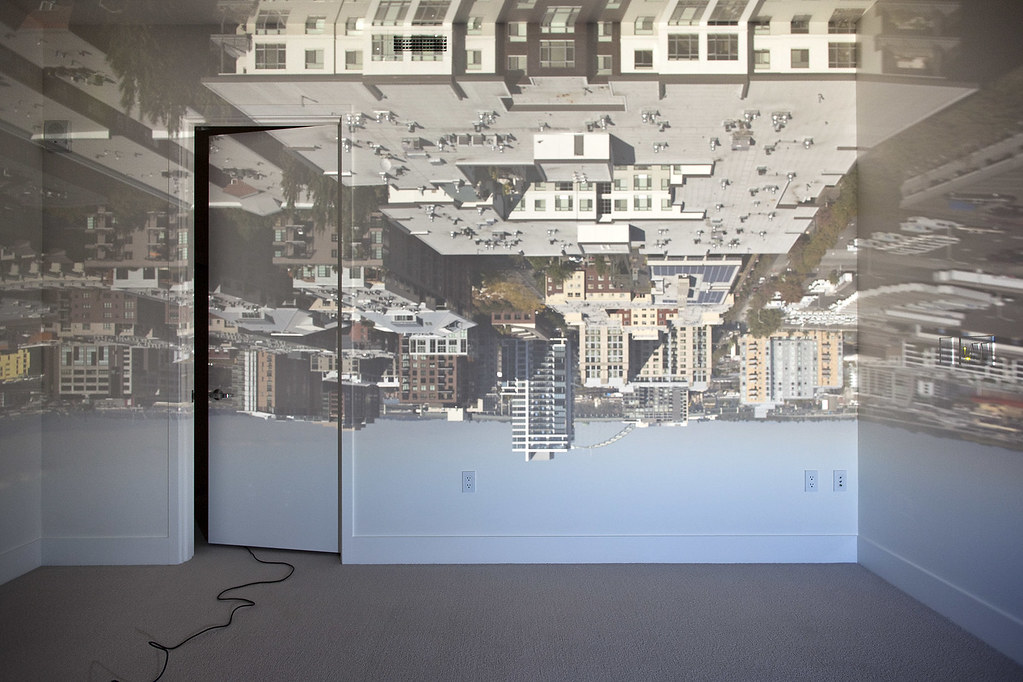 Photographer Darius Kuzmickas, takes the concept of the camera obscura back to the basic optics of light, as he transforms entire interior spaces into huge camera obscuras.

Have you ever tried your hand at pinhole photography? If so, you can share your photographs with the Pinhole Photography Flickr Group. 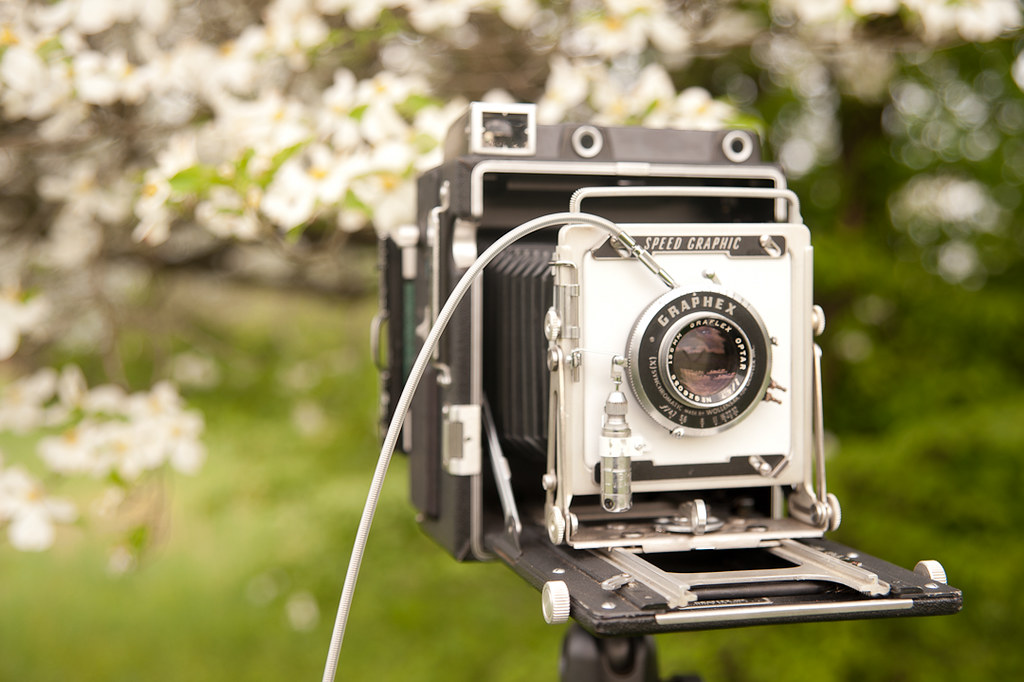 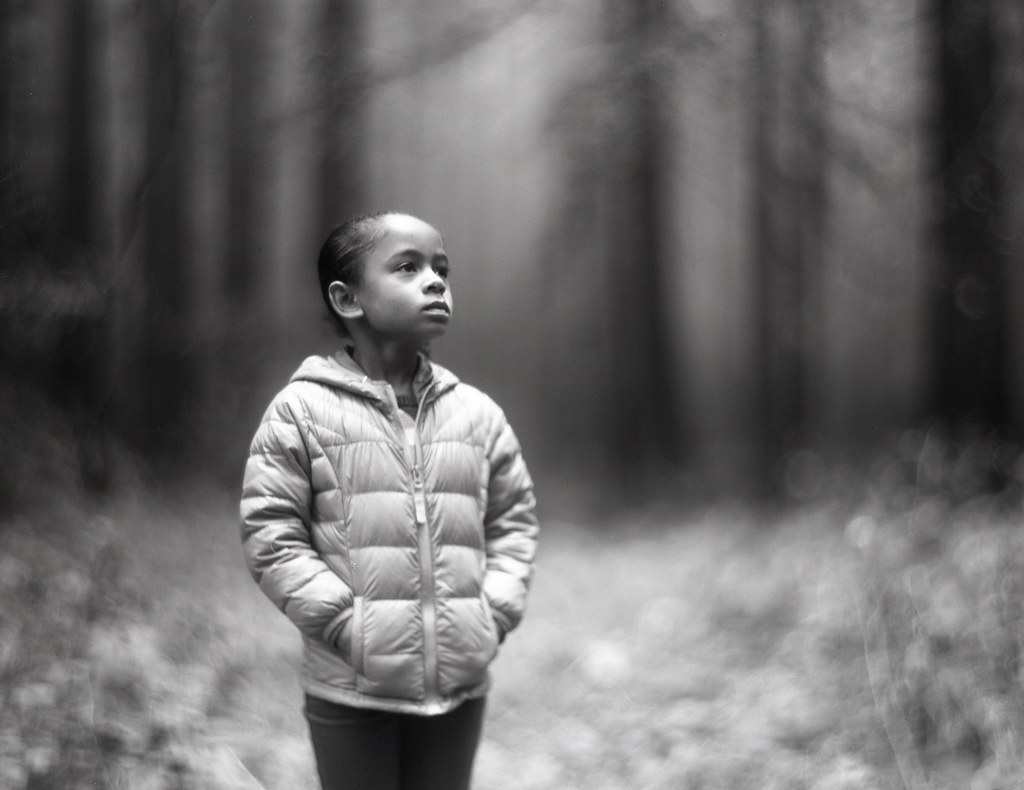 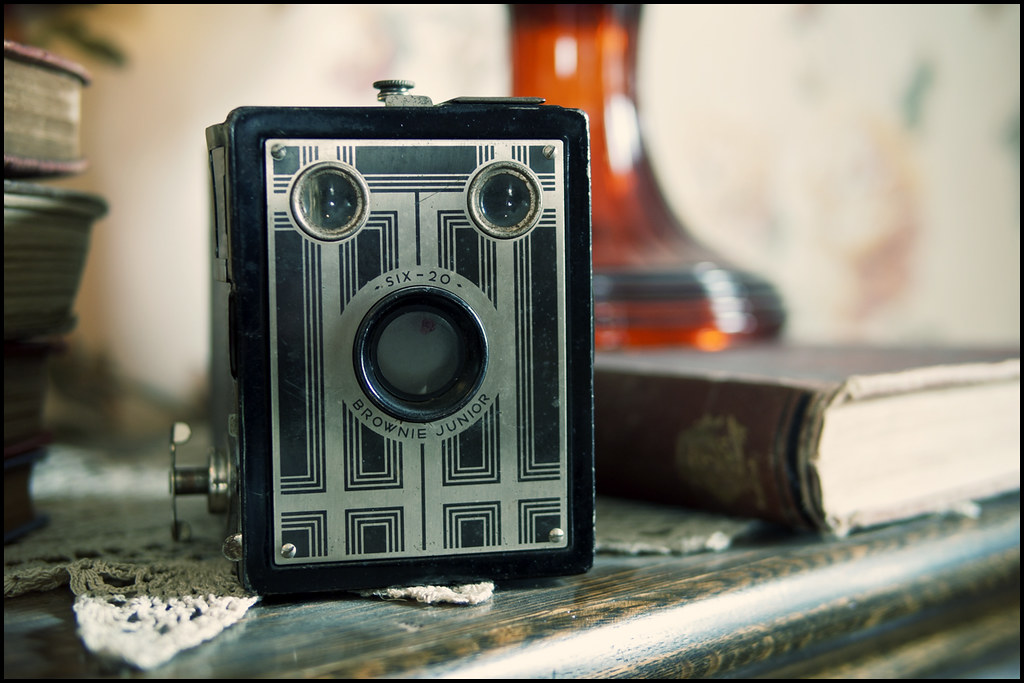 The Kodak Brownie camera came out in 1900 and became the first mass-produced camera to hit the market. What these cameras did was make photography available to the general population. They were both inexpensive and easy to use, so that anybody and everybody could photograph with them. This was Kodak’s slogan and selling point – “You push the button, we do the rest,” and with that, the snapshot was born. 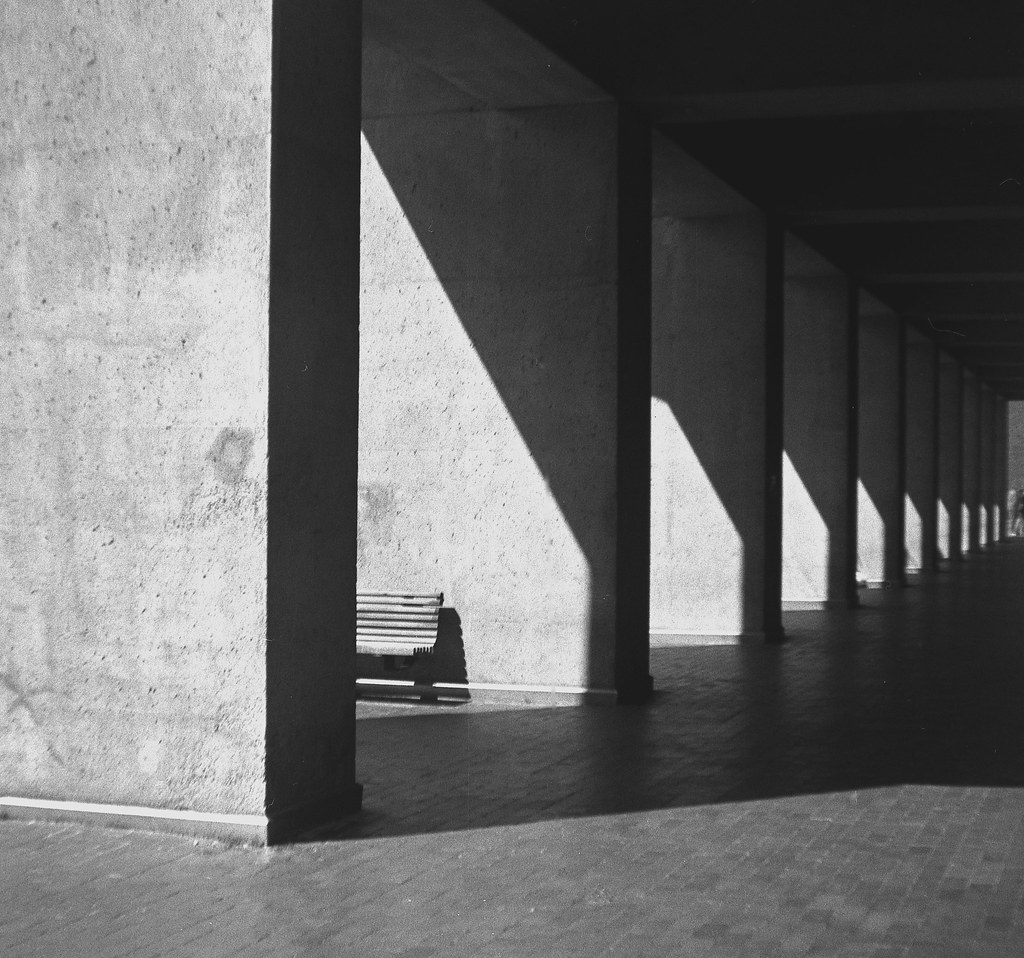 The graininess and low-quality feel of the images produced with the Kodak Brownie holds a certain nostalgia in today’s digital world. Many Flickr members still use these vintage box cameras, and share their photographs with groups like Vintage Kodak and Box Camera Beauties.

When the Polaroid instant-film cameras were introduced, it was the first time people could snap a photo and then see the end result in less than a minute, without the hassle of getting the film developed in a lab. 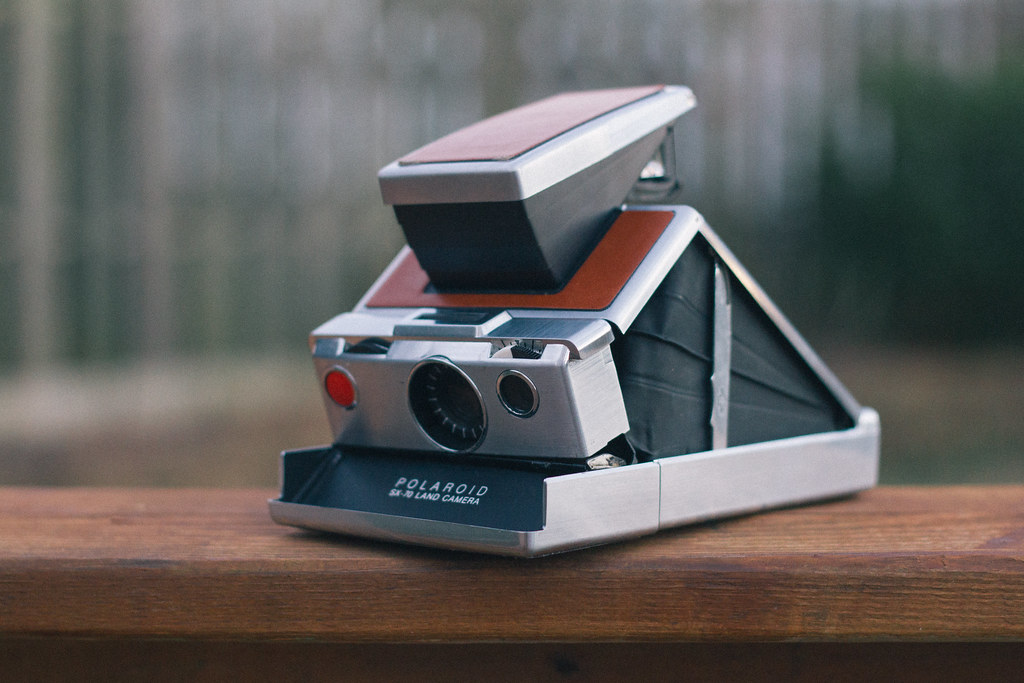 The Polaroid SX-70 model came out in 1972, and became a huge success because the images were automatically developed and ejected from the camera. This instant development lowered the chances of messing up the photograph. Instant film was used for a variety of reasons, ranging from family vacation snapshots, to test photos that allowed professional photographers to immediately get an idea of what they were photographing before using up film on their other cameras (especially helpful with lighting for studio shoots). 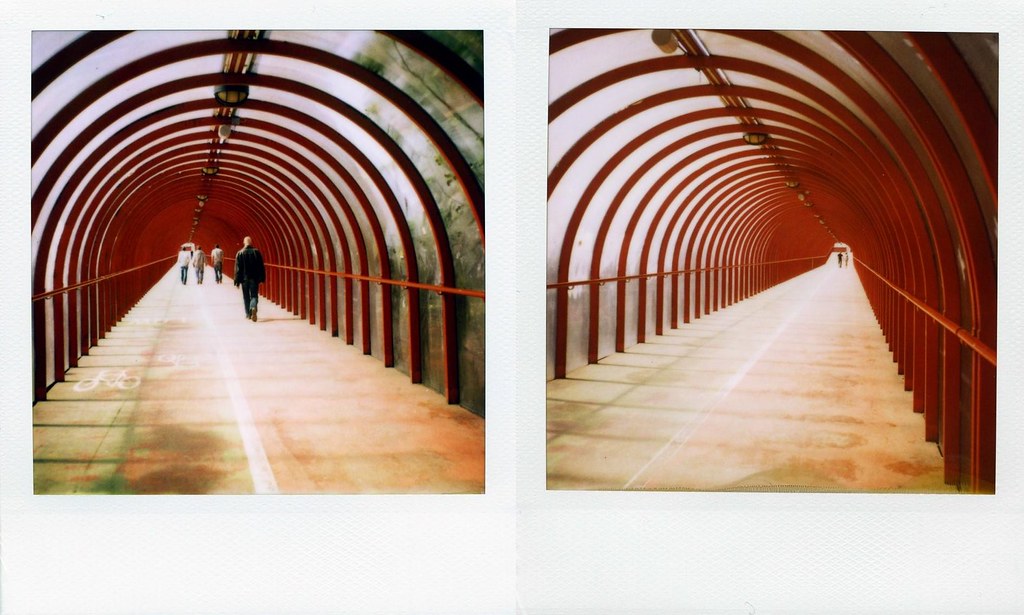 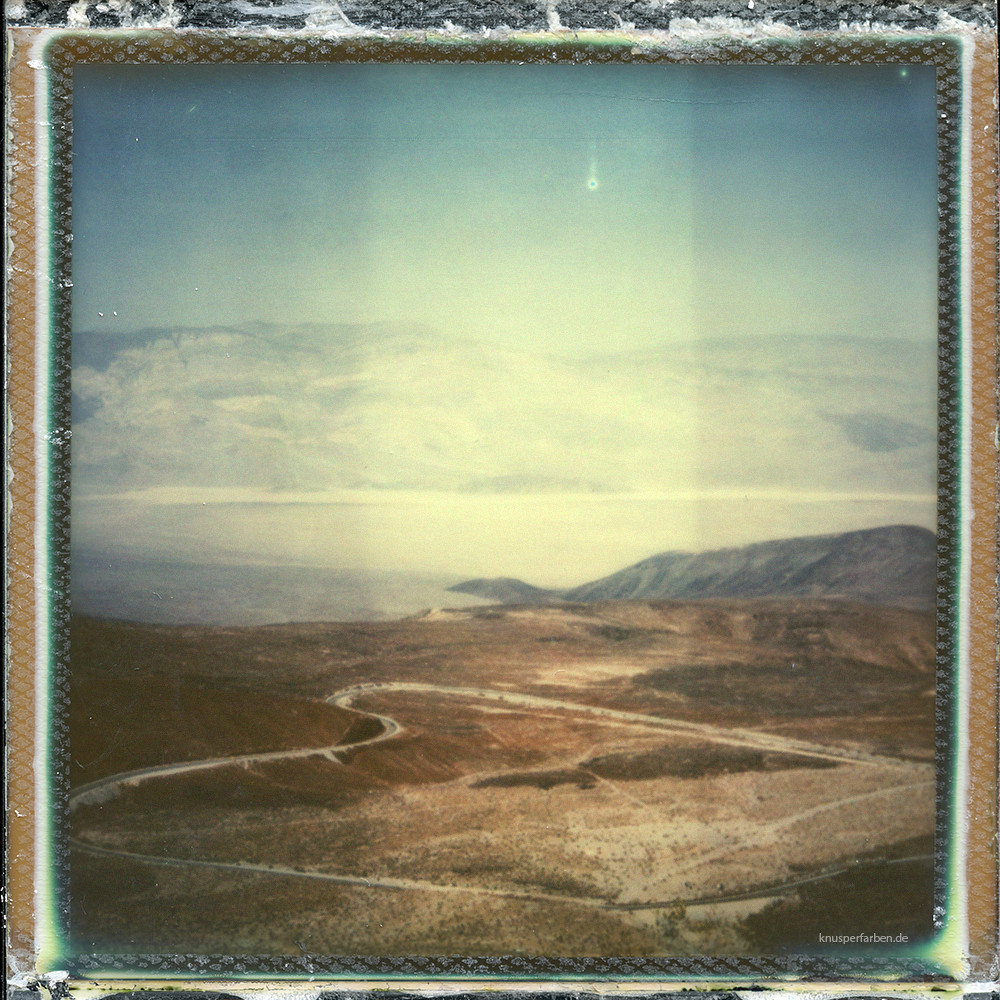 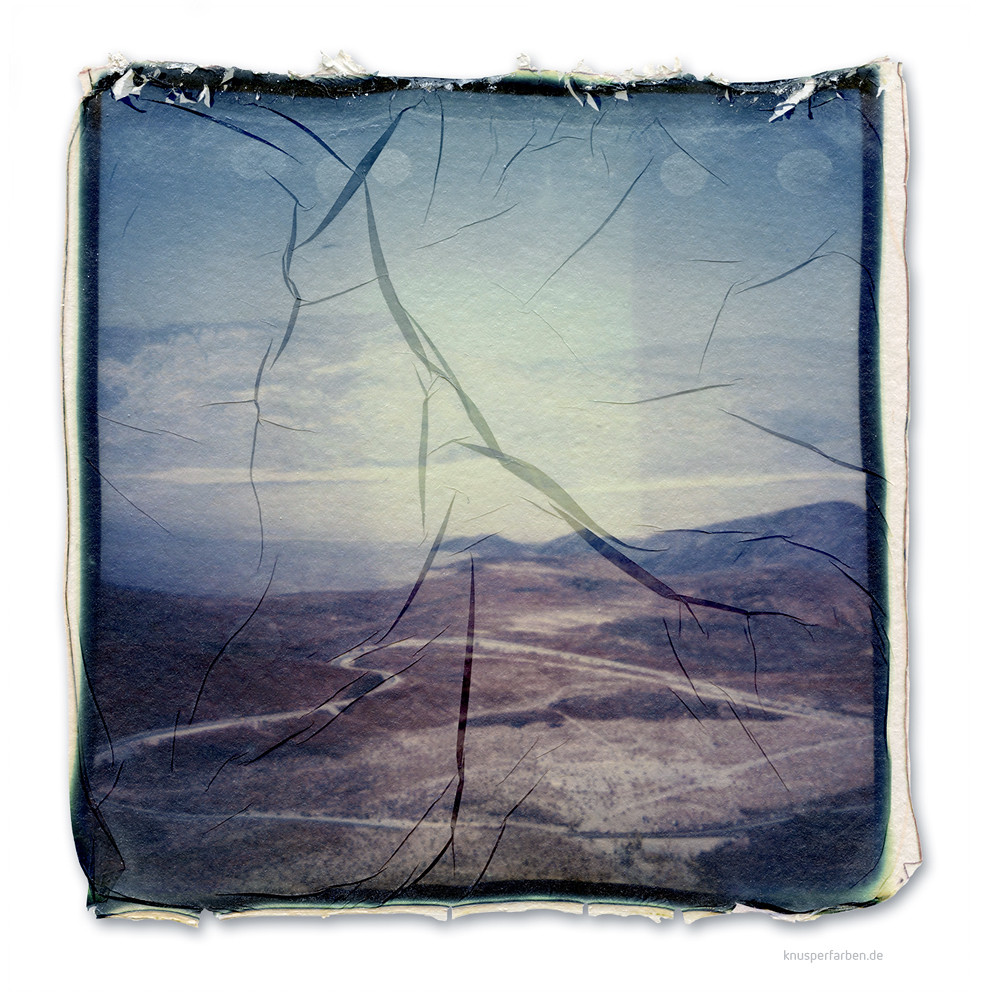 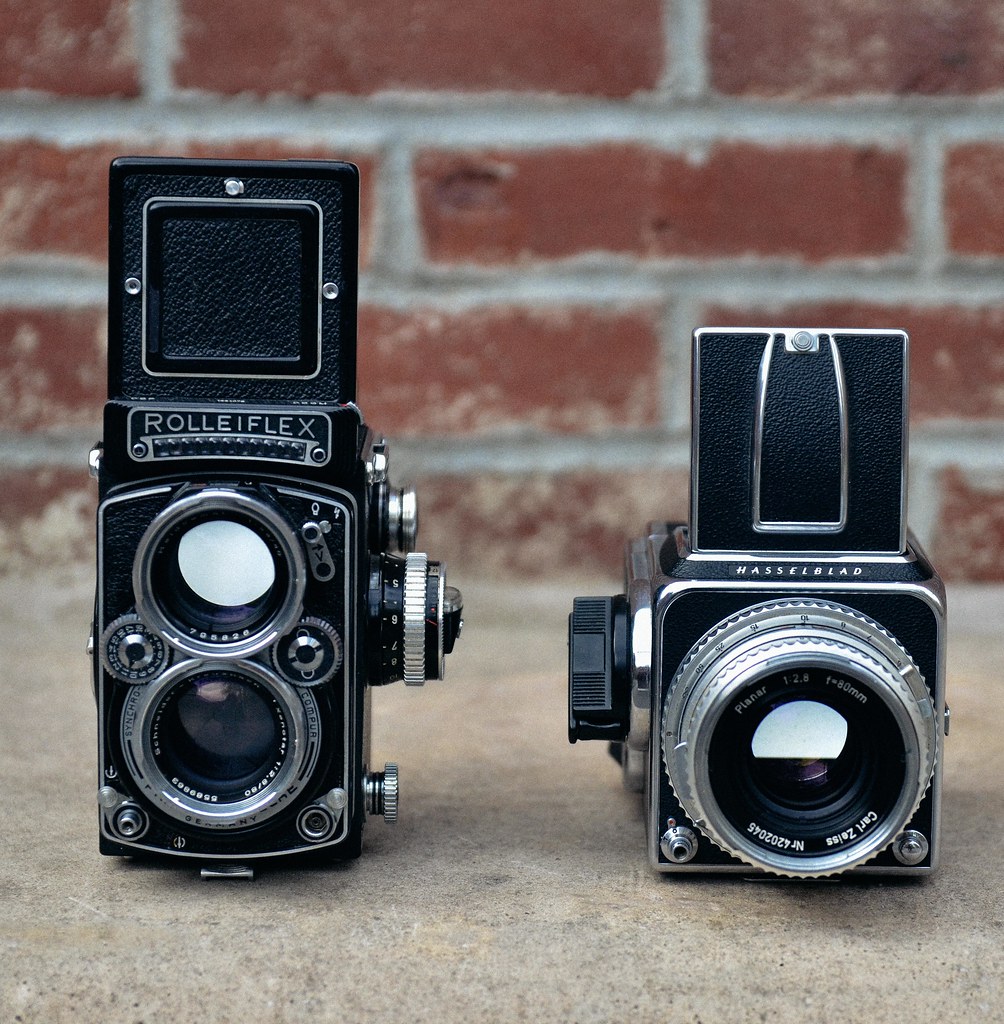 For photographers who love the idea of a film negative that is larger than the standard 24×36 mm film found in 35mm cameras, but do not want to deal with the slow process of shooting with large-format 4×5 cameras, a medium-format camera is an outstanding alternative. Because of the larger negative size (some of the popular sizes being 6×6 cm, 6×7 cm, and 6×9 cm), medium-format film cameras were a must-have in the professional photography world. Many wedding, fashion, portraiture, and editorial photographers chose to work with this type of film cameras before the digital age took over the photo industry. Still today, even with digital photography reigning supreme, many professionals prefer to use medium-format film for their serious work. 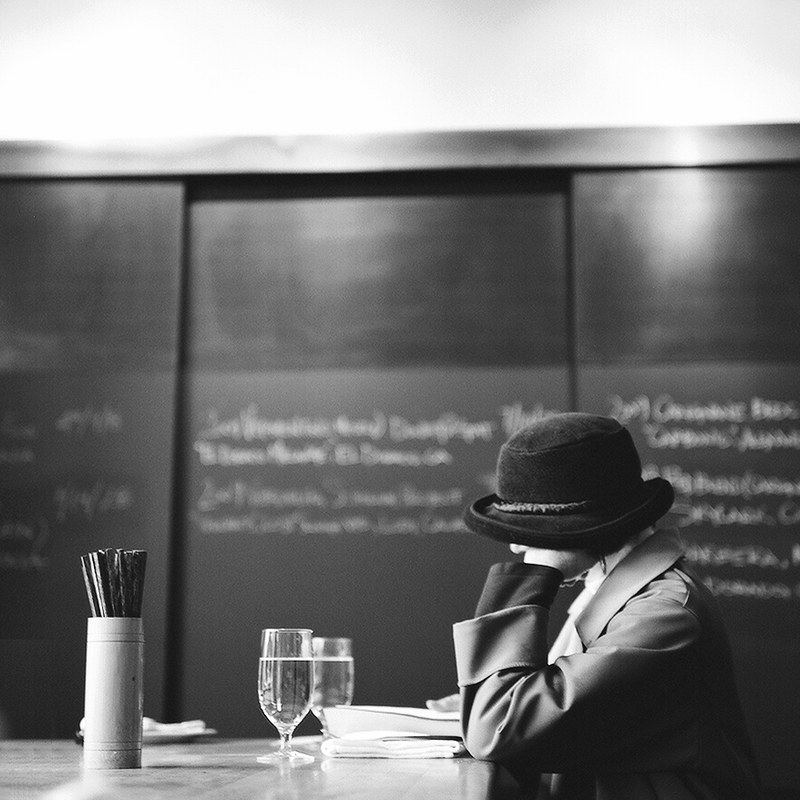 The twin-lens reflex cameras (TLRs) are great introductory cameras if you want to start learning how to shoot with medium format. TLRs use two lenses: the top lens is used for focusing and composing a shot, and the bottom lens is used to actually take the photograph. Because of their small size, TLR cameras were extremely portable, fast, and could be used easily without the use of a tripod. A lot of news photographers used these cameras in the 1960s and 1970s because of this convenience. Rolleiflex produced some of the highest quality TLR systems on the market, which also meant they were the most expensive. However, the top quality lenses, plus the sharpness, clarity and detail that photographers could get by shooting with these cameras, made the expensive price tag worth their investment.

Yan OmelnitskyPearl in the shell

Another-medium format camera of choice for serious photographers, was the Hasselblad 500 series. This SLR (single-lens reflex) powerhouse became popular because of its compact size, reliability, excellent optics, and sturdiness. For generations, the Hasselblad 500C (later replaced with the Hasselblad 500C/M) was the go-to camera for studio work, portraiture, and fashion photographers. Its reputation remains at the top of the photography game to this day, and a well cared for Hasselblad will last a photographer over 40 years. Another plus side to these cameras is the interchangeable lenses and film backs. Unlike most TLR systems that can only utilize one lens, Hasselblads have a wide range and variety of interchangeable parts that will suit any photographer’s needs.

Do you shoot a medium-format camera, or own a Rolleiflex or Hasselblad? Find others that share your interest by joining these great Flickr groups: Medium Format, Twin Lens Reflex, & Hasselblad. 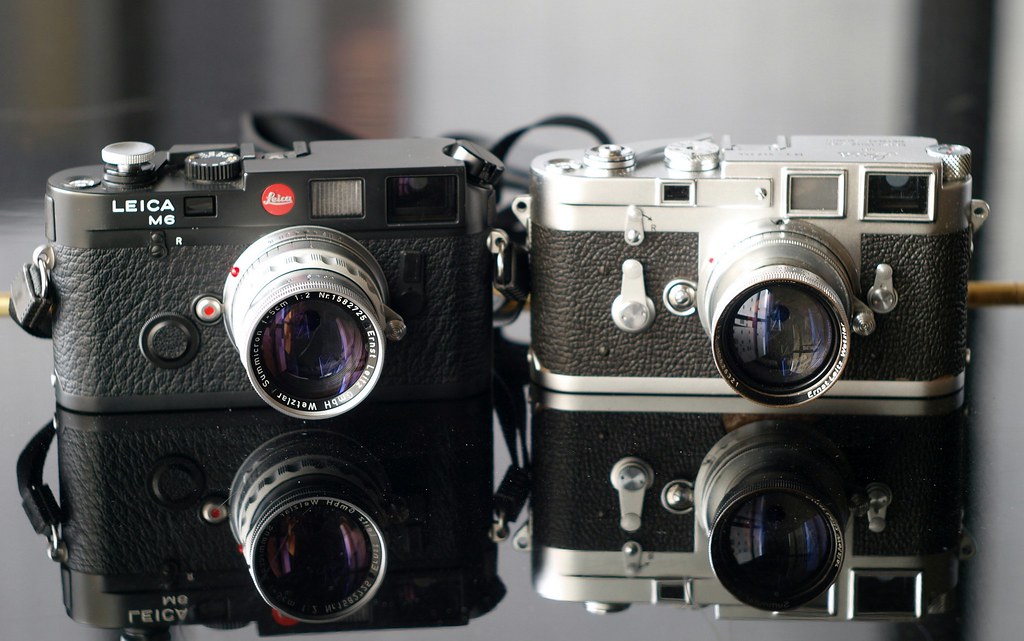 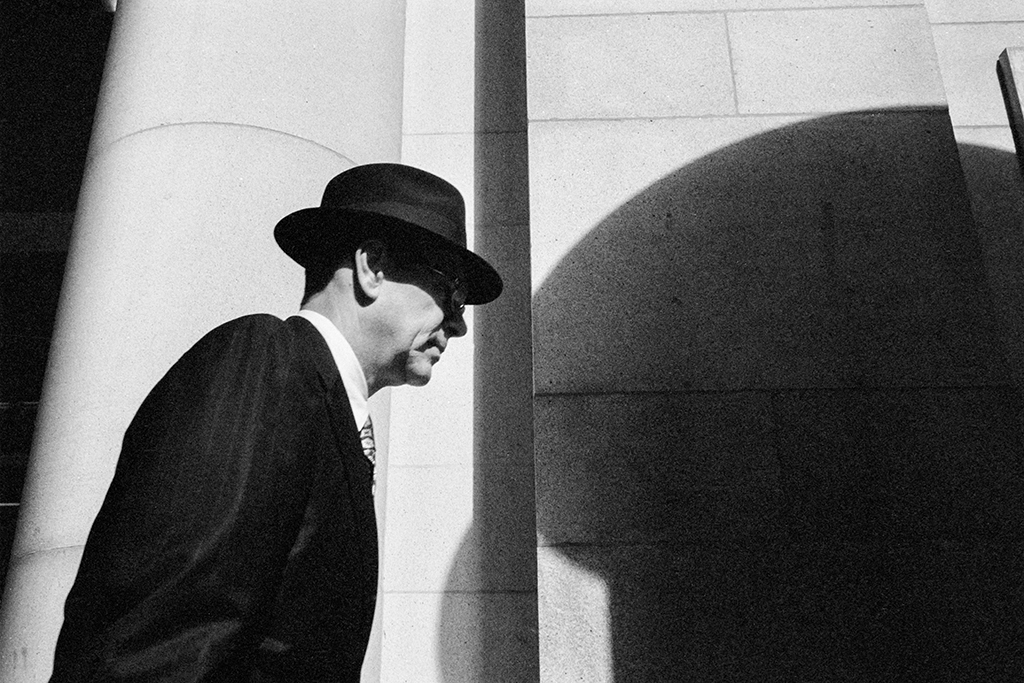 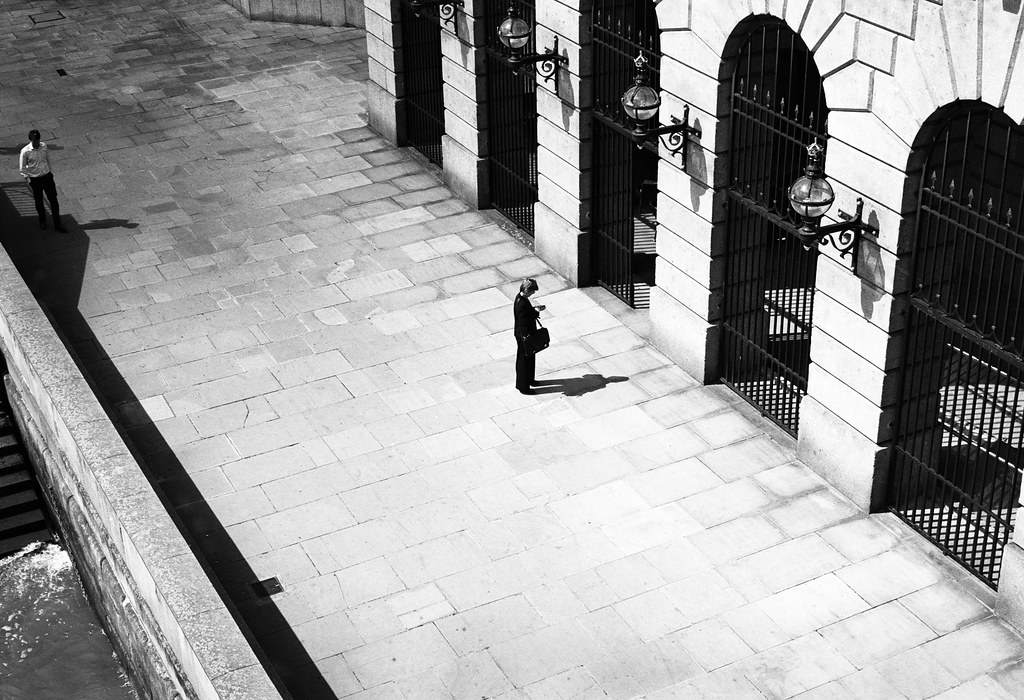 Flickr members that own Leica M cameras can share their photographs with the Leica M Photography group. 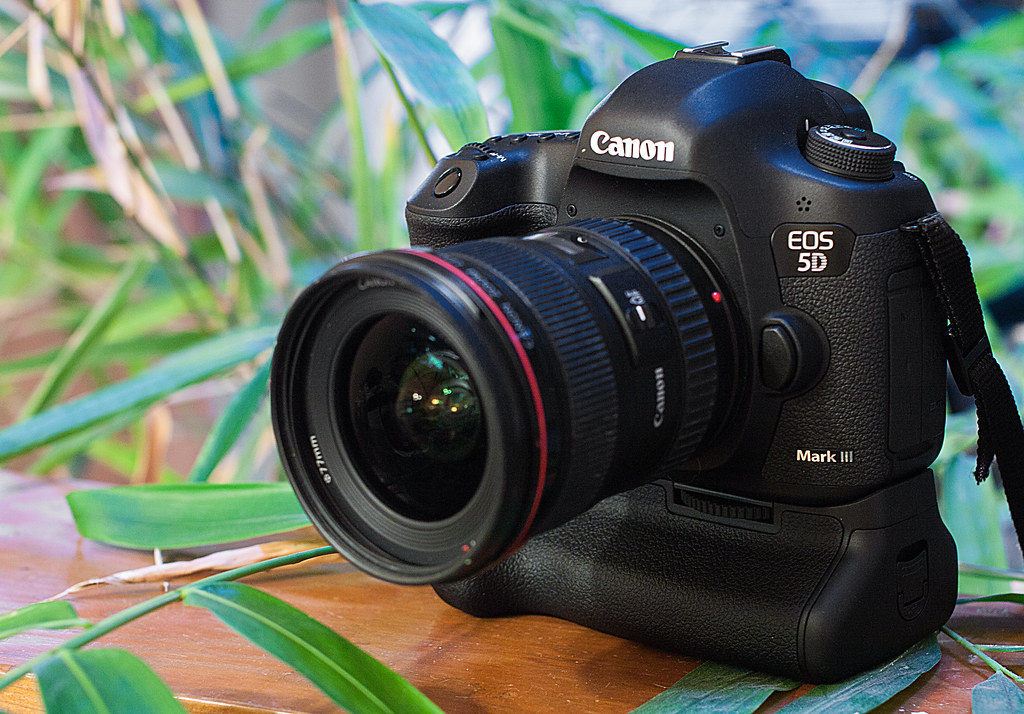 Once digital single-lens reflex (DSLR) cameras hit the market, the photography industry quickly shifted from analog to digital. The advantages of using digital cameras could simply not be ignored. Now, photographers were able to see the results of their images immediately after shooting, they could download the images from their cameras and start editing them to perfection, all in the same day. Photographers did not have to wait for their film to be developed, scanned, and returned to them anymore. As digital photography advanced, it became more and more important to work quickly and efficiently, delivering final images with the fastest turn-around time possible. Film photography was left to the ones who refused to conform to the digital era, the hobbyists, and the photographers who still had the patience to wait for their photographs. 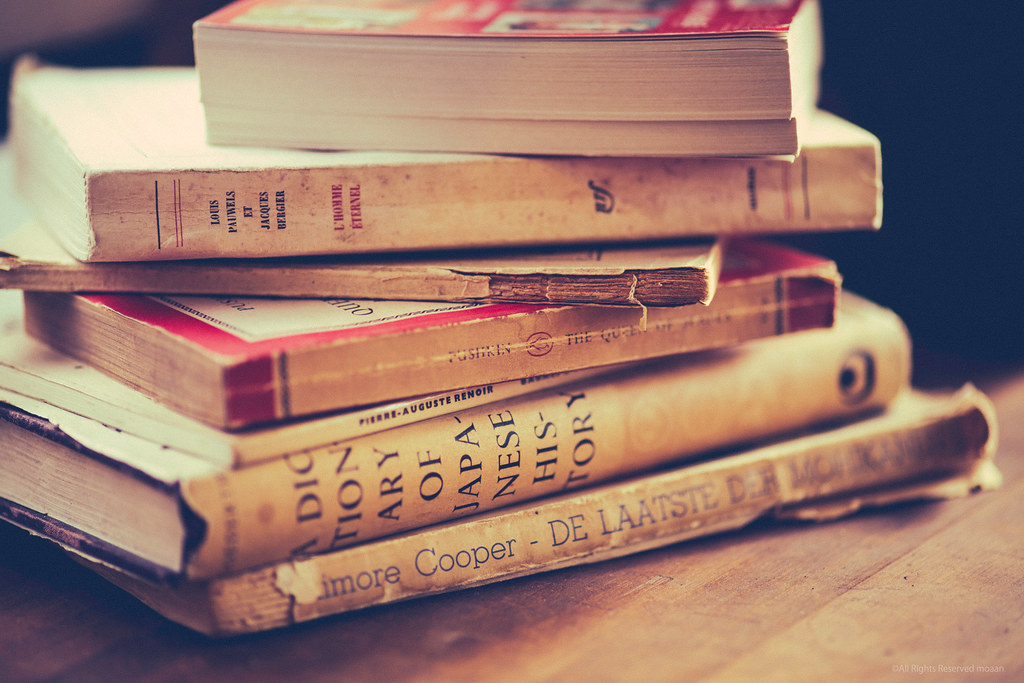 The Canon 5D Mark III is one of today’s top full-frame DSLR cameras on the market, and one of the most popular cameras used by professionals and serious amateur photographers around the world. It is built to create beautiful, clean, smooth images and videos in any sort of lighting condition. With perks like a very elaborate auto-focusing system, ridiculously wide ISO range, dual SD/CF memory card slots, and unbeatable image and video quality, the 5D Mark III has become one of the go-to cameras for professional photographers shooting in many different types of photography styles. Landscape, wedding, fashion, news, sports, and even still life photographers all enjoy working with this superb camera. 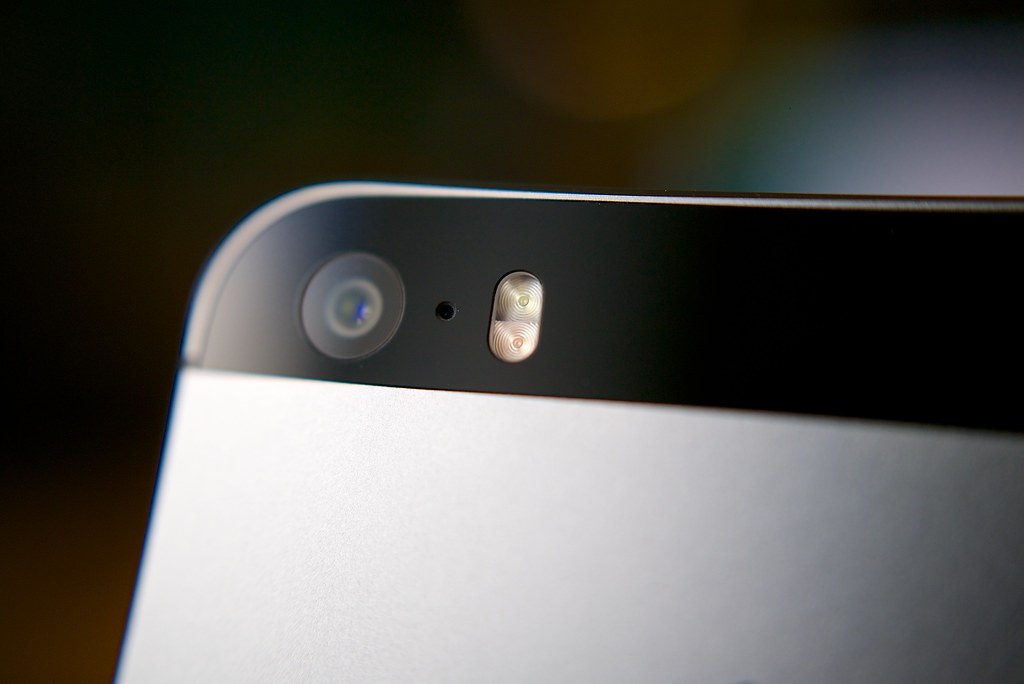 Finally, a camera list would not be complete without the one device that has redefined modern day photography, the Apple iPhone. Ever since the first iPhone came out in 2007, photography has become even more accessible and immediate. Now, anyone with an iPhone can take a photograph, edit it with one of the hundreds of popular photography iPhone applications, and share their images on social media like Flickr, Tumblr, Instagram, and Facebook, all in an instant with one small cell phone. We can thank the iPhone for making the visual documentation of daily-life activities the norm. The introduction of iPhone photography has shown everyone, amateurs and professionals alike, the importance of a visually appealing image, even if that image is just your daily cup of coffee. The iPhone has revolutionized not only how we take photographs, but also how we view the world, instantaneously. 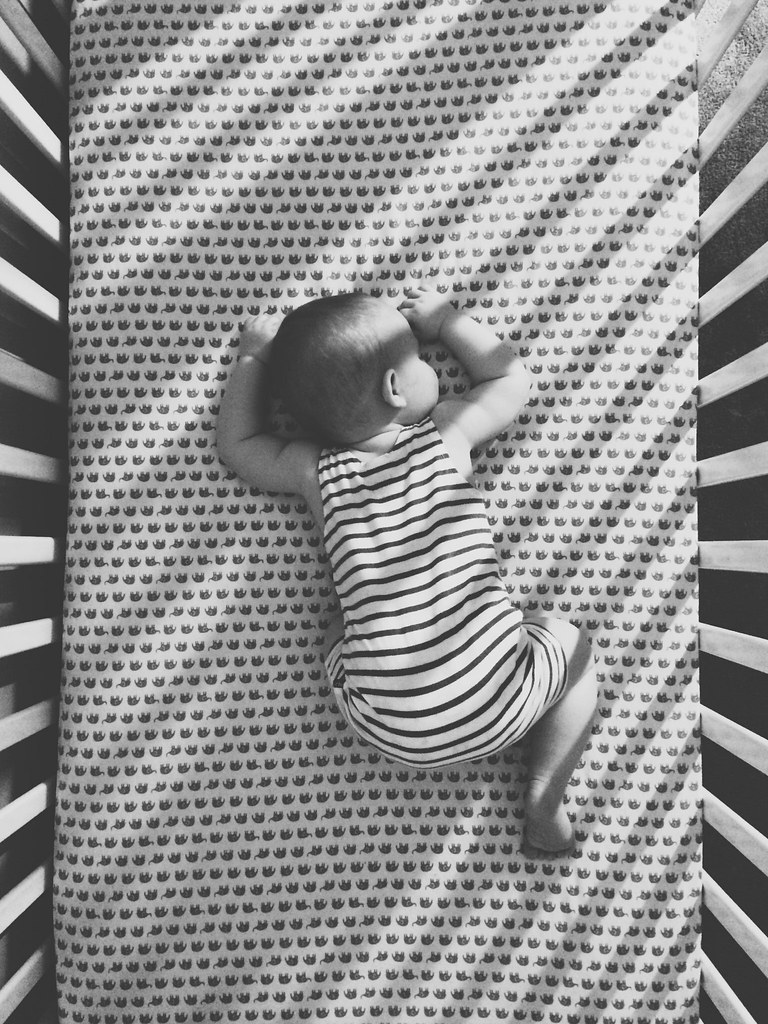 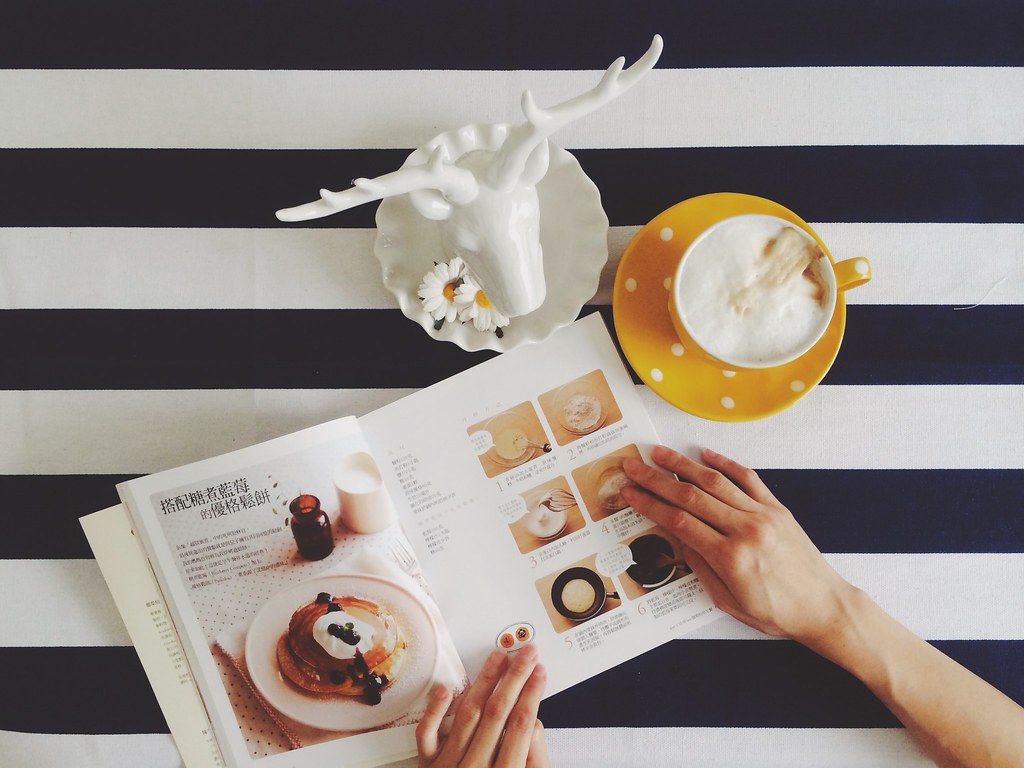 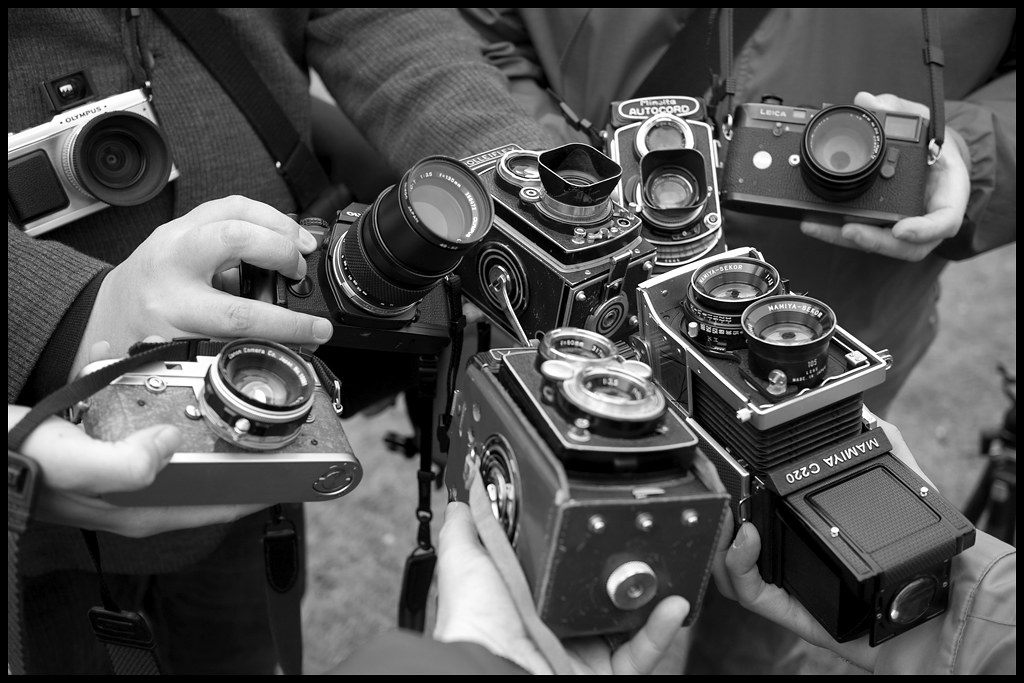 The weekend is the time for our weekly Flickr Samplr. Enjoy these pictures and make sure to check out the streams of our candidates. Thank you for following.

USA Today readers recently voted on their Top-10 quirky landmark photos, many of which come from Flickr. A big congratulations to all the winners!