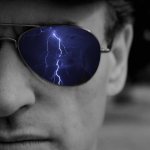 Arizona-based photographer Steven Maguire got hooked on chasing storms eight years ago and hasn't looked back. He shares his secrets about capturing exceptional lightning and storm photos, but offers this advice: "You need to have a lot of patience, passion, and time to do this -- even as a hobby." 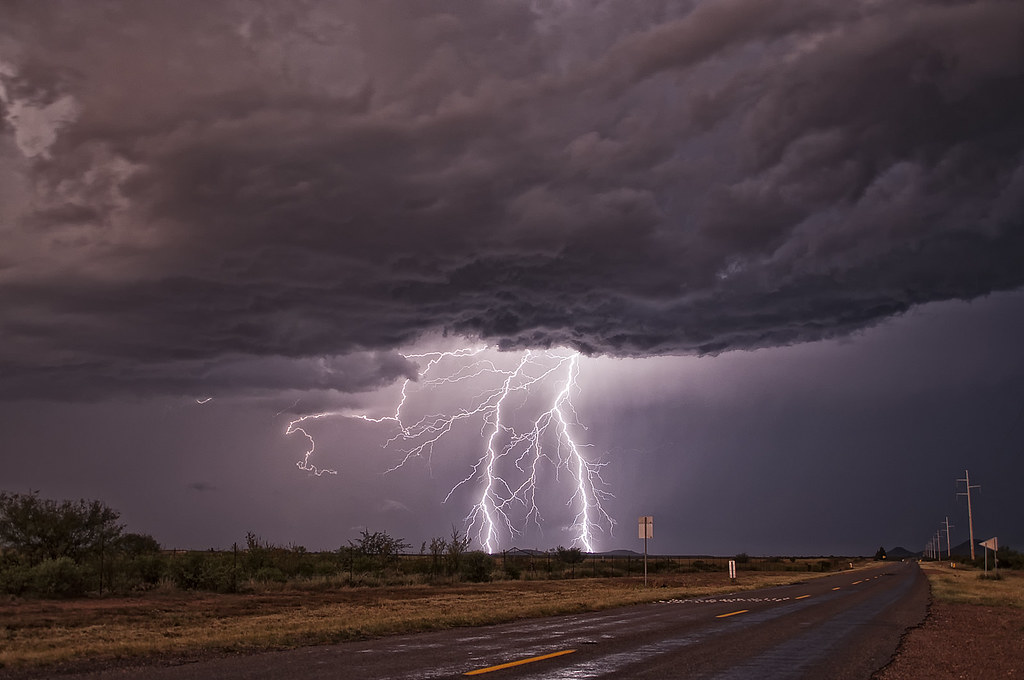 Steven Maguire will tell you chasing storms isn’t all it’s made out to be. The nonstop action you see in the movies isn’t reality, especially for a storm photographer. To capture the perfect storm photo, you have to be diligent and do your homework so you can be in the right place at the right time. And you also need lots of patience.

“It takes a lot of time to get that one shot. You will need a lot of patience between storms,” he says. “There are a lot of frustrating moments when chasing storms. If you are really passionate enough and keep with it, the payoff is worth it.”

The Flickr member from Arizona has been shooting storms for eight years, and he’s captured fantastic images of lightning, storm clouds, and even funnel clouds. Steven answered our questions about his tips for great storm photography, and he told the stories behind some of his more memorable photos.

I started back in 2005 with a point-and-shoot camera.

How did you get started taking photos of storms?

I began in 2006 on a trip from Arizona to Texas. I was driving just south of El Paso at sunrise and saw a storm that just crossed the interstate and I thought to myself, “That is something I would love to capture.” Since then I’ve been hooked on capturing storm images.

What kind of equipment do you use?

I shoot with a Nikon D90 and I have two of them now. I use four lenses:

I also have a couple of lightweight tripods by SLIK. What are tips you would share with other Flickr members who want to take photos of storms and lightning? What pitfalls should they avoid?

Always be flexible when chasing storms and trying to photograph lightning. Sometimes the shot you are trying for doesn’t happen. Sometimes the storm puts you in a place you didn’t expect and you capture a shot that turns out to be a winner. Always keep your eye on the radar, and have a visual on the storm itself. This will help you know where to set up and get the best image with the best foreground and background. I use RadarScope as my primary radar app. A lot of people think stormchasing is non-stop action. But there is a lot of downtime while driving long distances and waiting for storms to form. You need to have a lot of patience, passion, and time to do this, even as a hobby. There are a lot of frustrating moments when chasing storms. If you are really passionate enough and keep with it, the payoff is worth it.

I use a fairly decent tripod for my long exposures. When shooting supercells that are rotating, I typically won’t use an exposure longer than five seconds. After that you get too much movement in the clouds. I usually set up right on the outer edge of the storm to photograph. I’ll either get right behind it or on a side where it’s not raining. I set up outside my vehicle; I don’t use a window mount because I like to be outside whenever possible so I can get a feel for the storm. At night, with the closer lightning, your aperture should be f/9-f/13. The further out the lightning is, the bigger the aperture can be (f/8-f/5.6). Make sure the focus is on manual, and near the infinity mark on the lens. This might take a few times to get right. Just keep trying until you get it right, then take note of where your mark is. Every photographer finds his/her sweet spot on the camera and usually sticks with that.

During the offseason I’m always looking for my next locations to shoot for the next storm season. This helps save time when a storm is moving to a location you already know and have a place to set up. In Arizona our storms are considered pulse thunderstorms and only last 30 to 60 minutes. This doesn’t give a photographer a lot of time to shoot and catch a storm, so it’s best to be prepared ahead of time and know where to go when the storms start to form.

Don’t overstay a location and think you can catch something that is moving away from you or, worse yet, a dying storm. Know when to quit and move on to the next storm. I have a habit of trying to catch something that just isn’t going to happen. There is always another day to try and capture your shot. And always be safe. I try to as far off the highway as possible. If you are uncomfortable with the location between you and the storm, you should move to a new location. Always have an escape route just in case the storm does something unpredictable. No storm does the same thing. And remember, lightning can strike up to 10 miles away from a storm. I usually don’t get in the direct path of any storm if I can help it.

This is a gorgeous shot. Can you explain the context behind it? What was the most challenging part of capturing it? 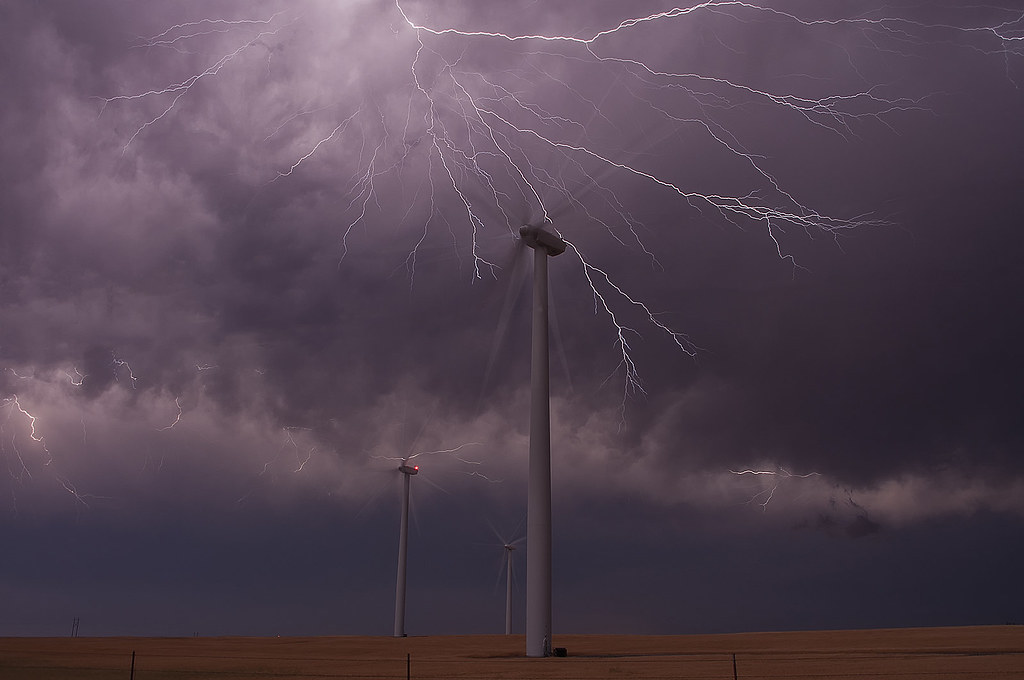 I’ve always wanted a lightning strike around a wind farm. While chasing storms in Oklahoma one night, I finally got the chance to do just that. I was just down the highway from Weatherford, Oklahoma. I knew the area from previous trips, so I drove down to a location and set up my camera. The rain had just stopped when I got there, but the lightning was still striking the area. The most challenging part was trying to get a decent exposure of the lightning when it did strike, since it was popping off all over. Most of the lightning was cloud-to-cloud, so I felt somewhat safe. I didn’t see a lot of cloud-to-ground lightning. Then the image I captured popped out of the sky. It was pretty bright, so I didn’t think it would look that great. After closing the shutter and seeing the image, I was surprised how good it turned out. It was pretty close to me, which surprised me since it happened so quickly.

Can you give us more background on this shot? 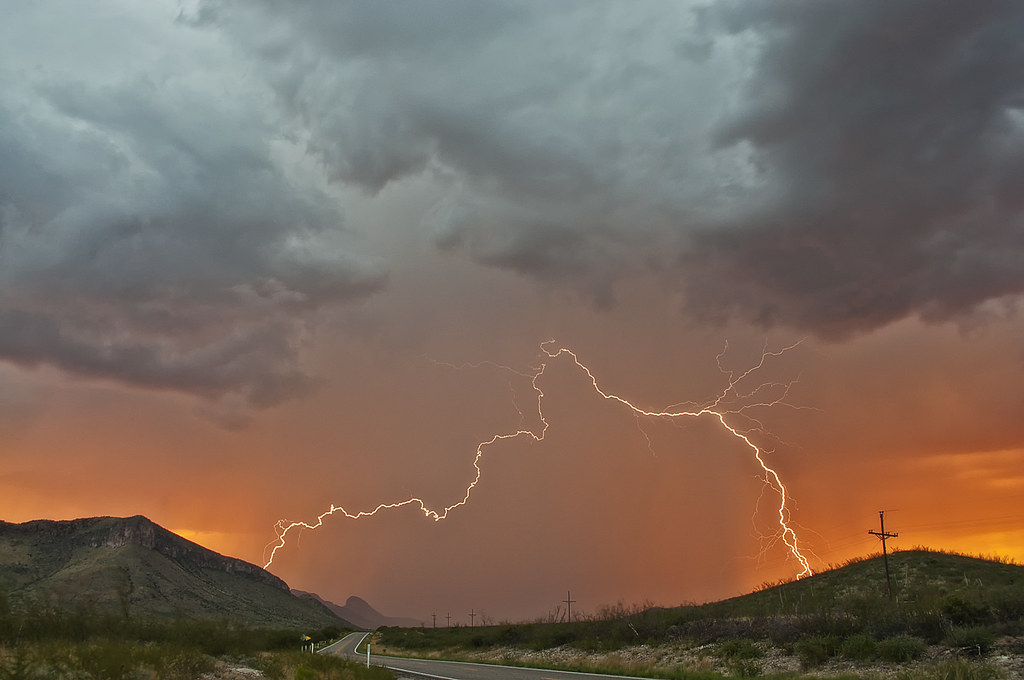 This is one of my favorite locations for the past few years. I’ve been trying to catch a storm with a lightning strike from this location for some time now. This past year was my best chance to get this shot. Usually this area gets rain all the time when storms pass through. I always thought the background would look great with a storm moving through the area, and it turned out better than I could have imagined. The biggest challenge was actually the weather. The storm passed just to the north of me and it didn’t rain at my location, which had never happened there until this time.

Finally, this is our favorite shot of yours. Can you share some of the context around the shot? The colors, the capture … it’s astonishing. 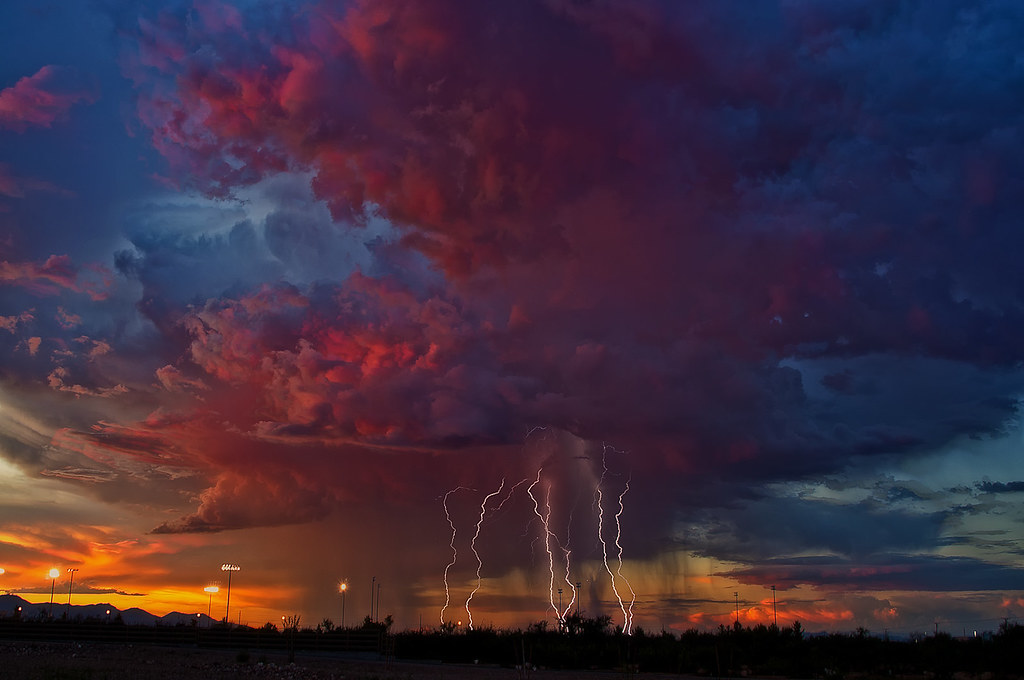 Thank you. I captured this back in August 2011, right after I bought my Nikon D90. I was still trying to get used to it. Up until a few days ago I haven’t thought about it too much, but waiting for this year’s storm season to get started, I decided to work on this image.

The colors where just so vivid since this storm was getting started at sunset, and there were breaks around this storm letting the setting sunlight hitting it. I found a location right behind the storm as it was moving north from Sierra Vista. I got set up and the storm finally decided to drop a few lightning bolts, but it was very far and few. When I decided to look at these shots, I thought layering a few of them together might bring out the vivid color that I saw that night. When I finished the layering, I thought it might be too much vivid color. I stuck with the image, and decided it was as close as I can get the color correctly without making look too fake. It did bring out the colors and storm structure more than the original shot’s, where I almost blew out the exposure. I have a bad habit of trying to force my images from being overexposed just to get a lightning strike. I was surprised how fast it took off on Flickr.

My favorite part of being on Flickr is the interaction and meeting people from all over the world. I have learned not to give up and always try new ideas. In the new digital age of photography, you can do a lot with an image in the darkroom.

Everyone has their own style or type of photography. I try and learn from each style to create my own that would stick out from the crowd. It has also given me the opportunity to learn and grow in the past five years as a photographer.

What would you recommend to Flickr members who have just joined the site so they can benefit from being here?

I would recommend if you have a question about how someone was able to capture something that you would like to do, just ask the person how they did it. Most people here are willing to explain how it was done.

Find groups that have images you like to shoot, such as storms, landscapes, etc. That way you can judge yourself — and the progress of your own images — against other people. I find it inspiring to see other people’s images, and it gives me ideas of what I would like to capture.

If you decide to do storm photography, don’t get frustrated. It takes a lot of time to get that one shot. You will need a lot of patience between storms. Keep shooting even in the offseason — it will help you get better at shooting storms.

And, thank you for this chance to spotlight my images and express myself. 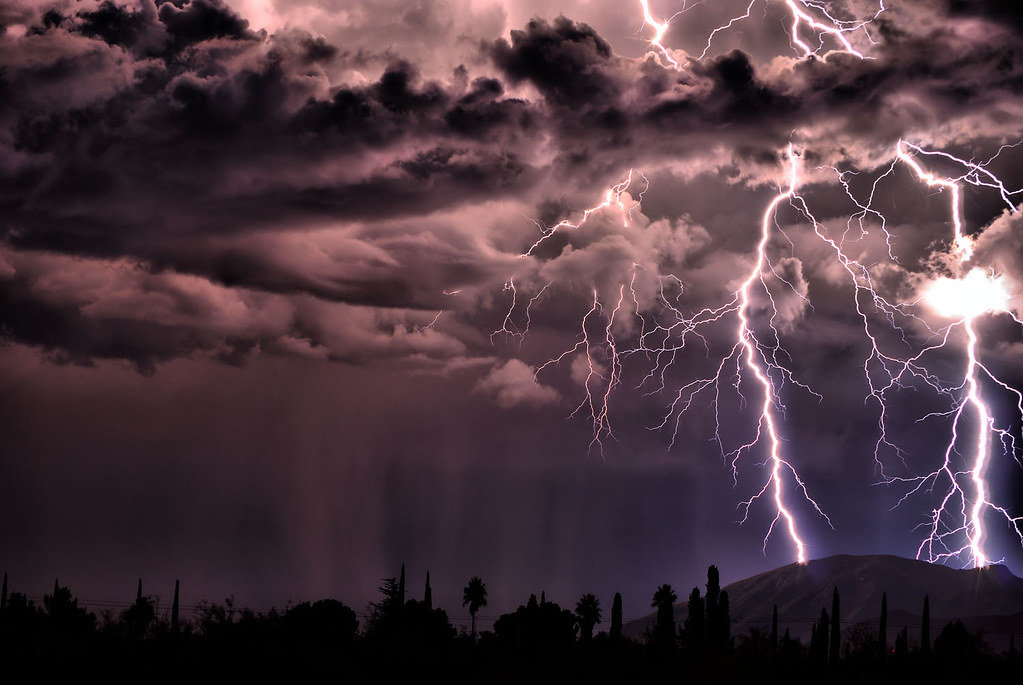 Thank you for answering our questions, Steven! To see more of Steven’s work, explore his photostream on Flickr.

In this week’s throwback journey, we’re exploring night photography that captures the mood at a Swedish amusement park, a drive-in of North Carolina, Theatre Row of Missouri, and more offered in archives from The Commons.

In this week’s photo selection, let’s take a look at an expressive deer, the rabbit-like species resembling guinea pigs, a chick showing off its webbed feet to mama, and more.