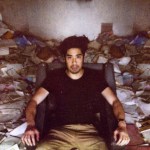 From industrial designer to touring musician to exhibiting photographer, Reuben shares his creative experiences. "It's all about narrative and pace," he says. And after hundreds of destinations visited and over a dozen years of photo experimentation, he has an amazing oeuvre for us to appreciate.

I went to college  in the U.K. to study design and worked professionally as an industrial designer for around three years. During this time, I was also DJing and making music with my band Ladytron, which I formed with friends in 2000. We ended up gathering momentum and started to tour internationally, at which point I decided to leave my design career. After five studio albums and many years traveling the world, I’m now focusing my attention to photography and directing motion pictures.

What inspired you to pursue a career in photography?

I started taking pictures in university as a casual hobby and this progressed into documenting my travels with Ladytron. I ended up flying out to places in advance of the rest of the band in order to explore (one of the main frustrations with touring is that you have to leave the night or day after the concert) and this took me to remote places in China, Chile, New Zealand, Hawaii and so on. Photography and traveling became as much of a passion as music, so I decided after much procrastination to develop my hobby into a career.

What shooting location was the most memorable to you?

I decided to explore the Atacama Desert in Northern Chile in 2011. Ladytron had a few shows in South America, so I flew out to Santiago a few weeks early and took a bus up into the desert. I spent most of my time alone and traveled wherever I pleased, including taking a bicycle out into the desert, taking pictures all night. It was an unreal experience yet completely lucid. I think memories are intensified when you travel alone, and for me, I prefer to photograph at night, when everyone has gone to sleep.

What gear do you use? What photo-processing apps or software do you prefer?

My main work horse was a Mamiya RZ67. I’ve taken it to some extreme places. Travel use is not really what it is known for, but I wanted the superior optics and film size. Without it, I wouldn’t have been able to print at the sizes I’ve been printing (50″). I drum scan my film rather than go into a darkroom. I like the skill-intensive procedure of mounting the negatives onto the cylinder and sealing it with optical fluid and Mylar. The film is scanned at 5,500 dpi and each raw file is around 1GB in size. I then use Colour Perfect and Photoshop/Lightroom to process colour and retouch. I do all this myself in a digital lab in Chicago. 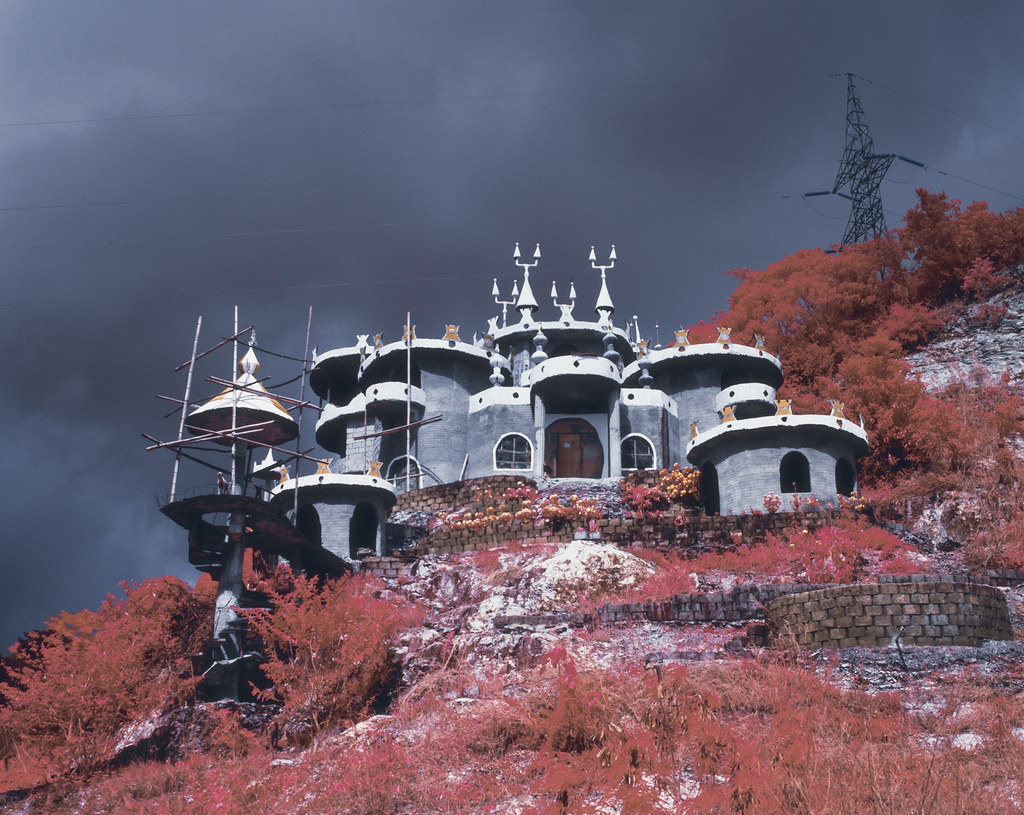 I also photograph with a 4×5 Graflex press camera, a Hasselblad, a range of Polaroid contraptions, a Canon 5D and an iPhone

Tell us about your tour experience with Ladytron and how your photography relates to its music.

My photography used to be about the places I toured, a kind of casual travelogue. It is now distinctly separate to the band, although I do see my photography and my music inspired by the same things. Making a photographic series is a bit like writing an album for instance. It’s all about narrative and pace.

We toured about two years for each album so it was pretty much over 12 years. I couldn’t tell you how many venues we’ve played at. Hundreds! I think out of all of them, the ones that were most memorable were Coachella Festival in the U.S., Mexico City, Chongqing in China, and Bogota in Colombia.

I write, produce and perform. There isn’t any traditional band stuff where one member does one thing. We all work both independently and collaboratively.

What photo epitomizes the direction of your fine art photography?

I think the red fire training simulator which I stumbled upon in a blizzard in Svalbard is the picture which best epitomizes my work. It touches on humanity’s place in nature, the idea of our technology and its dangers (our fears) viewed as one talismanic object. I think it’s a brave image but quite sad too.

What commercial photo are you most proud of?

Not strictly commercial, but I photographed Scott Hansen from the band Tycho last year in the Black Rock Desert Wilderness at 1am under full moon. It’s a dry lake bed with mountains in the distance and the venue for the Burning Man Festival. The full moon gave the photograph a very eerie and otherworldly look and the experience of being in such an stark and empty expanse of land was something I’ll not forget.

I have always enjoyed browsing the Polaroid group and the Night Images group. I’ve followed the groups for almost a decade now, and I love the fact that there is so much to learn from the community.

Has the Flickr community played a role in your development as a photographer?

Definitely. I’ve learnt a huge amount from Flickr. Not just photographic knowledge, but also finding out about places and making contact with like-minded artists. Whenever I want to know about a certain camera or film or technique, I find it on Flickr first. It is a hugely rich visual archive with a very active community. In some cases, I’ve become good friends with a few contacts in my network, and it’s nice to see their work develop over the years.

Reuben WuSunrise in the Arctic Maelstrom

Thank you, Reuben. We love your work and look forward to seeing what you come up with next.

It’s been another spectacular week on Flickr with millions of exceptional photos uploaded. Here is our Weekend Samplr selection of photos that caught our attention, and we hope you’ll enjoy them.