Indigenous groups around the world, many of whom are becoming less and less prominent by the day, are rich with culture and traditions. We’d like to share a small glimpse into some portraits of these often overlooked communities in North America and across the globe.

For over 12,000 years the Chumash tribes inhabited much of the central and southern coastal areas of California, including what is now Santa Barbara, Los Angeles, and Malibu. Mild winters and an abundance of natural resources, allowed the Chumash to subsist as hunter-gatherers for thousands of years without the need to cultivate the land for agriculture. In 1901, the Chumash reservation was established, and today their population is around 5,000 members. Currently, there are efforts underway to revitalize Chumash dialects. 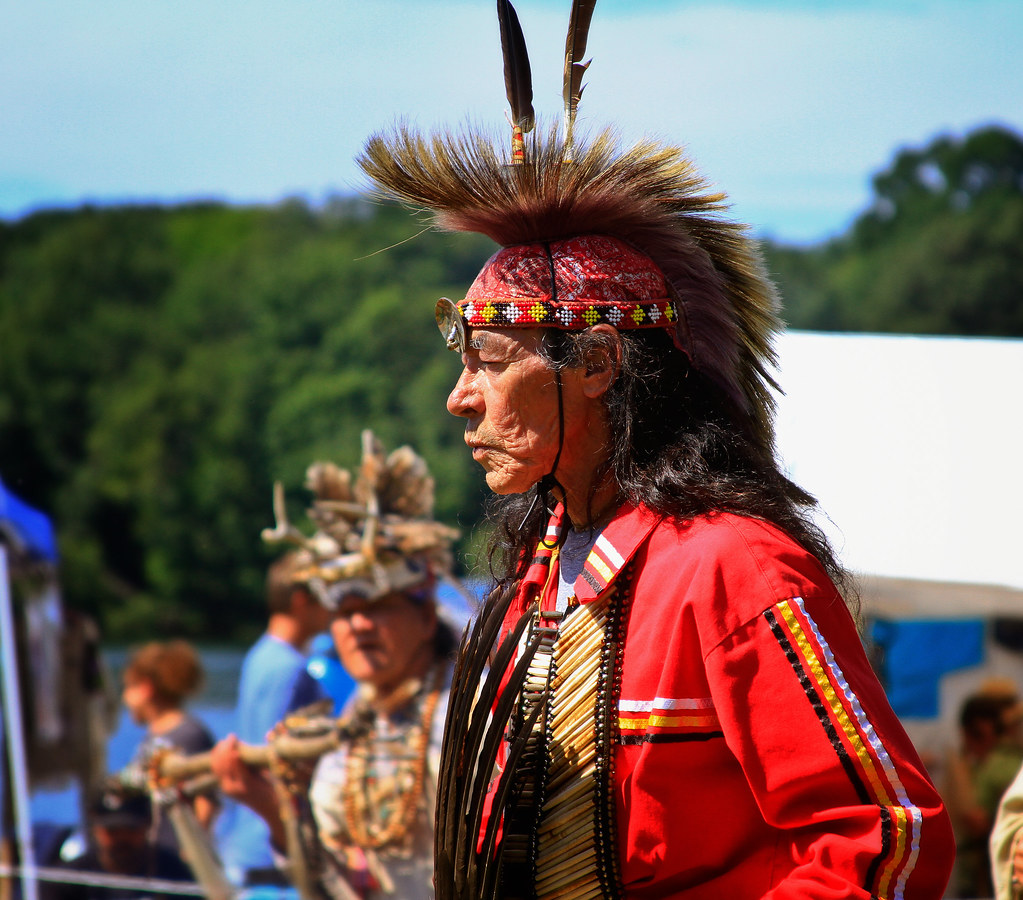 The Wampanoag people are from southeastern Massachusetts and Rhode Island, what is now modern day Nantucket and Martha’s Vineyard. Since 1993, the Wampanoag people have been working together to revive their native language, Wôpanâak, which fell out of use more than 100 years ago. The Wôpanâak Language Reclamation Project is working on teaching new native speakers by creating a curriculum for teachers.

The indigenous people called the Himba can be found living in Northern Namibia and parts of Angola. The tribe people are famous for covering themselves with a reddish color paste called otjize, a mixture of butterfat and ochre pigment. They cover their bodies as a way of cleansing their skin over long periods of time since water is scarce. The paste also protects their skin against the dry and extremely hot climate and from mosquito bites. 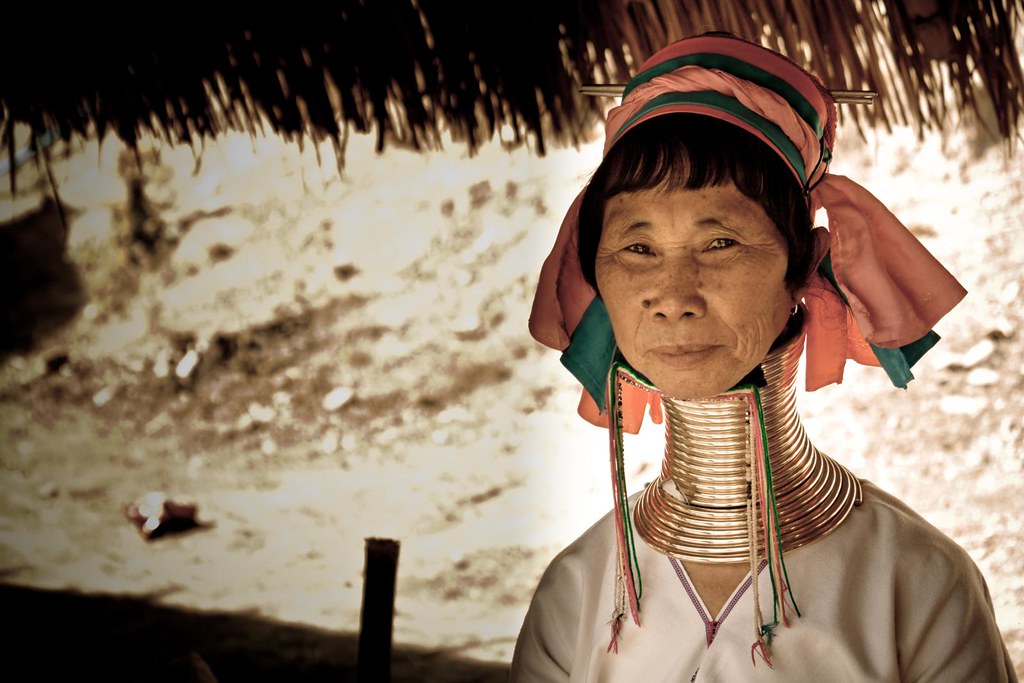 The tradition of neck stretching is seen most prominently in the Karen tribe found in Northern Thailand. This has been a tradition passed on for many many years and there are still several women who participate to uphold their heritage. There are many ideas regarding why the heavy rings, which are actually one solid piece, are worn by the women. Some theories suggest they begin wearing them out of desire to look more attractive by exaggerating their necks. Other ideas suggest the coils were meant to protect women from tiger bites. In modern day, less young women are participating in the neck lengthening practice. 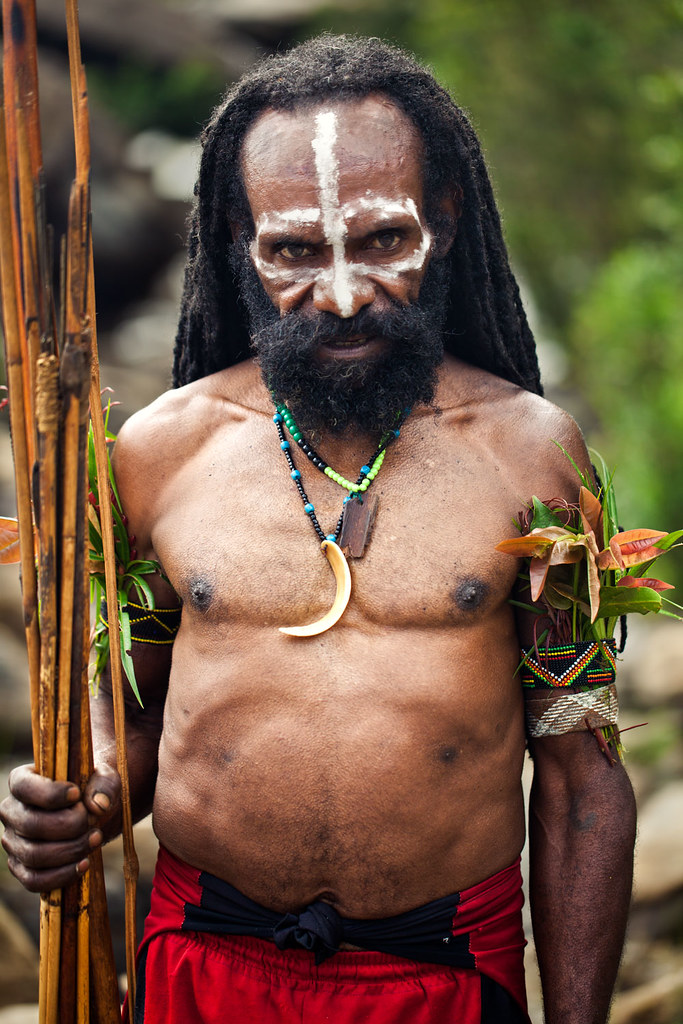 The Lani reside in the Baliem Valley of Western New Guinea. These tribes are fairly remote and still rely heavily on hunting. Sweet potatoes remain as a primary staple in their diet and a resource used for both dowry and offerings. 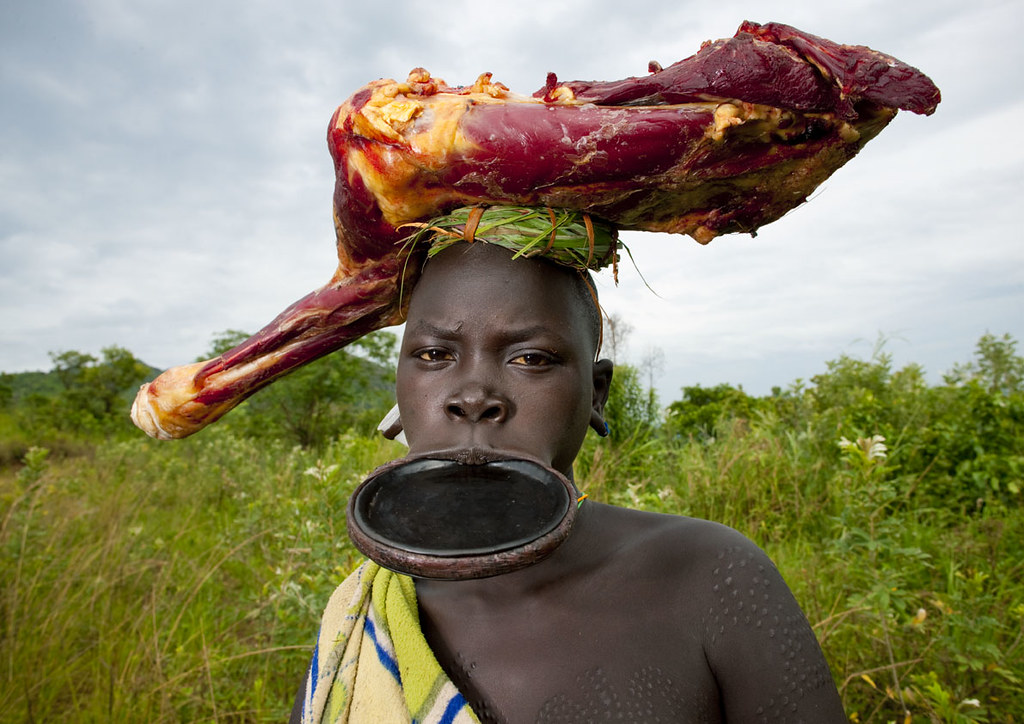 The Surma people live in Southwestern Ethiopia and some parts of South Sudan. Like many tribes, carrying things on their head as a means of transporting is very common. Lip piercing and body scarification is also common amongst the women.The tribe is known to pride themselves on how many scars they have. The scarification ritual is thought to have been a way to adapt their young children to seeing blood and feeling pain. 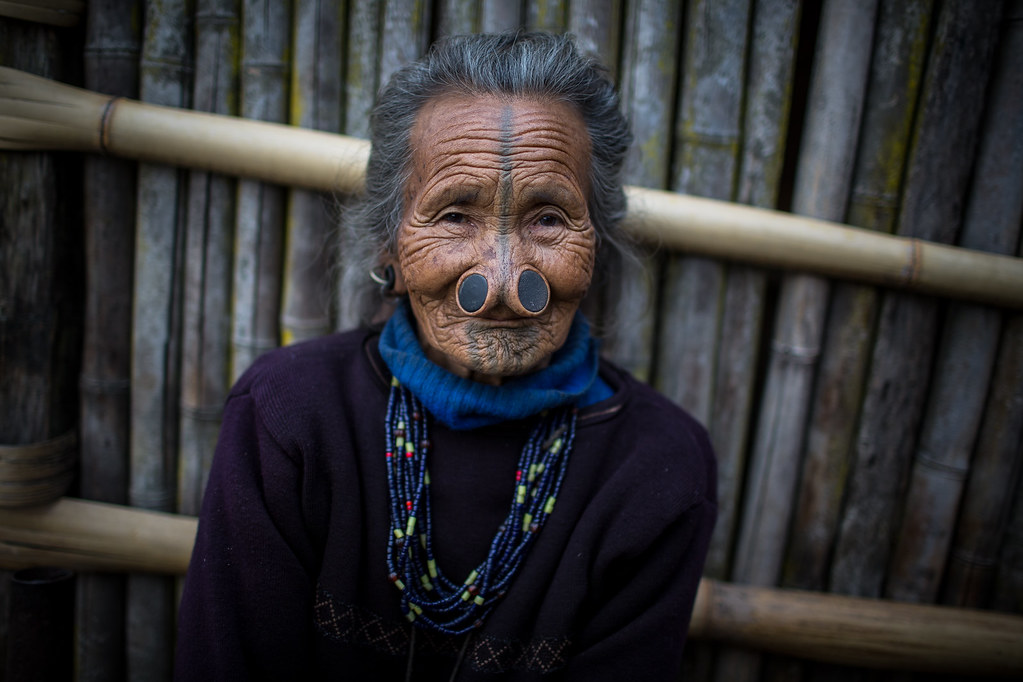 Living in the district of Arunachal Pradesh in India, the Apatani people practice the age-old tradition of face tattooing. Women and men decorate their faces by tattooing vertical lines down the forehead and chin and inserting large nose plugs known as Yaping Hullo. They also perforate their ear lobes with large pieces of hollowed bamboo to which earrings can be then attached. 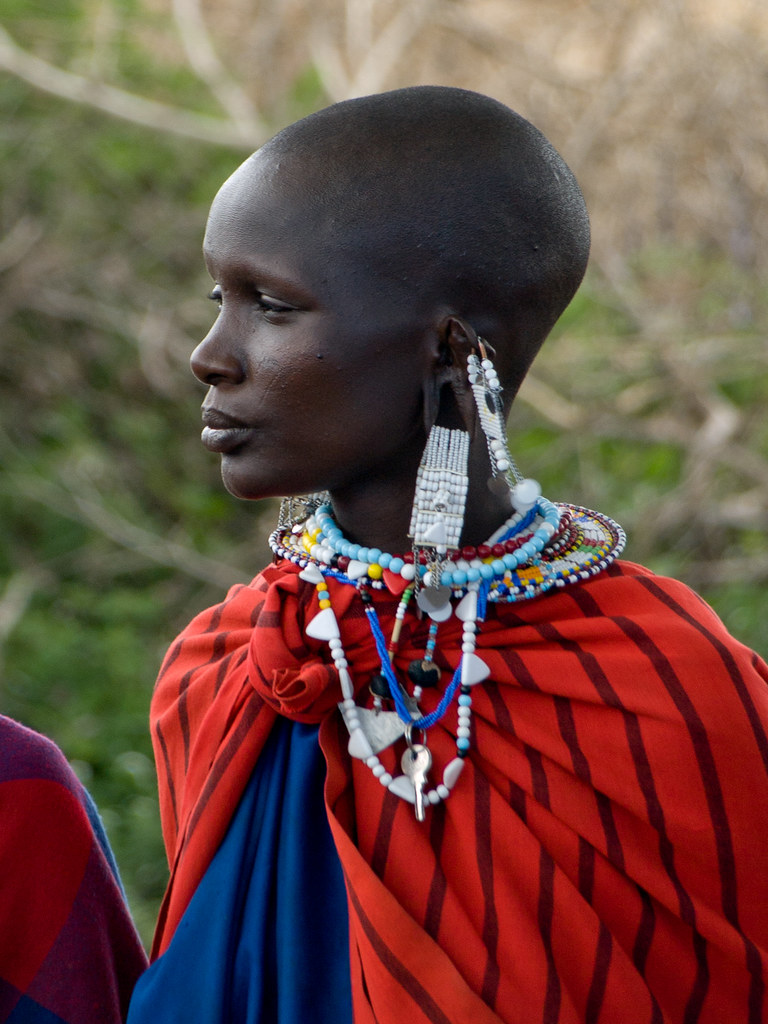 The Maasai people inhabit the southern part of Kenya and northern parts of Tanzania. They are easily distinguishable for their colorful dress. Red is the favored color cloth to wear with stripes or plaid, however they also prefer black or blue as well. Bead working and jewelry making has been a long tradition of the Maasai women as well. 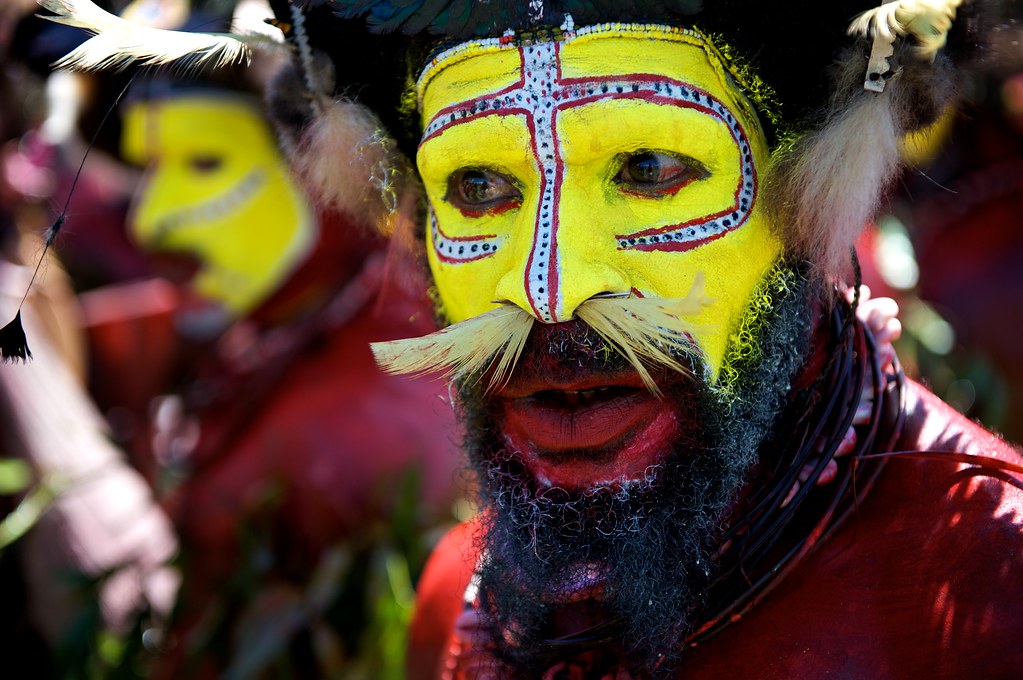 High in the remote forests of Papua New Guinea live the Huli tribe. Their traditional dress for ceremonies consists of decorating their bodies with colored clay and wearing elaborate headdresses. From an early age, boys grow their hair long which will be used for their ceremonial wigs. To complete the headdress, they learn to add pigments, flowers, feathers, and other ornamental objects.

To see more, check out the Indigenous People’s Day gallery.

Are you in the mood for a new photographic challenge? Check out the Lonely Planet: Photo Challenges group, and join the fun.

What an amazing weekend for photowalkers around the world! More than 20,000 walkers participated in more than 1,000 walks in nearly every region of the world, from the U.S. to the Philippines, Brazil to Sri Lanka, Iceland to Iran.