Multitalented artist and Los Angeles-based photographer Christine McConnell shoots captivating images that make you look twice. Inspired by the feminine beauty ideal of the 1950s and the nightmarish horror flicks of Tim Burton, Alfred Hitchcock, and Ridley Scott, she creates dramatic scenes that often embody a campy and creepy feel.

Christine started experimenting with photography when she was 19, initially taking pictures of herself. Over time, she figured out how to make her own outfits, create and light her own sets, and bake gorgeous but terrifying-looking confections — sometimes the centerpiece of her pictures — all of which resulted in beautiful, stylish, and quirky images. 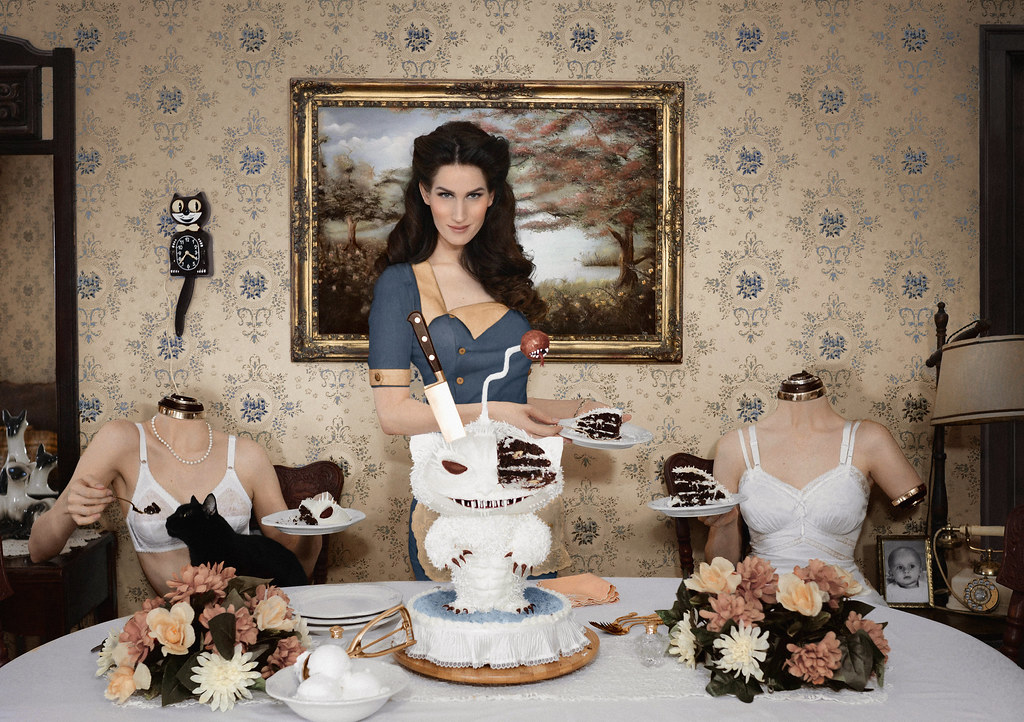 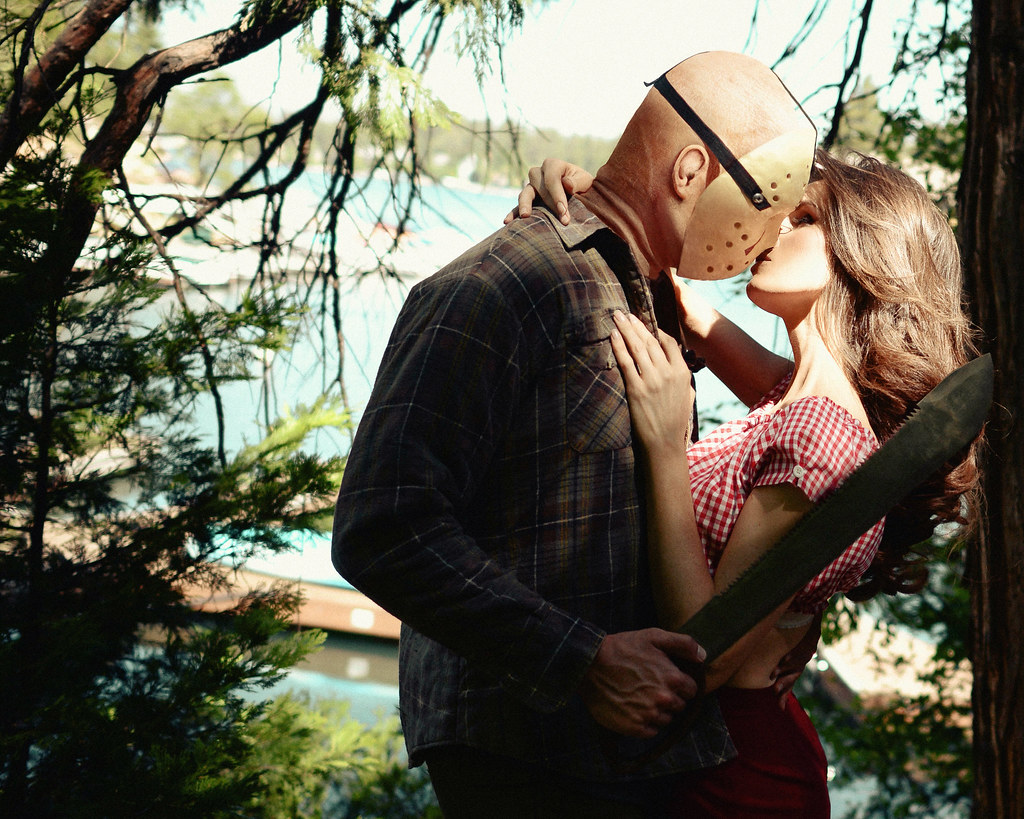 Inspired by her love of all things pretty and scary, she shot a Friday the 13th-themed photo series of her humorous take on what a date with Jason Voorhees would be like. “You don’t think of Jason as being this sweet, loveable person that would bring a girl flowers,” she says, “but bringing out a softer side of him and making his victim seem provocative and interested in him resonated with me.” Though she has always been terrified of the character Jason, shooting this series helped her get over her fear. “Now I’ve got the mask in my living room, and I laugh at it when I see it. It’s not even scary to me anymore.” The first photo that attracted a lot of attention and helped Christine gain a following was her less scary 1950s-style, Stepford Wives-inspired self-portrait. It also happened to be the photo where she showcased all of her talents: modeling, painting, sewing, baking, styling hair and makeup, and photographing. “From a technical standpoint, it’s probably the most difficult thing I’ve ever done. Initially, when I had thought of it, I didn’t even think I could pull it off.” But, a friend suggested that she upload her photo to Reddit, and within two hours, it was on the front page and ended up getting two million views. 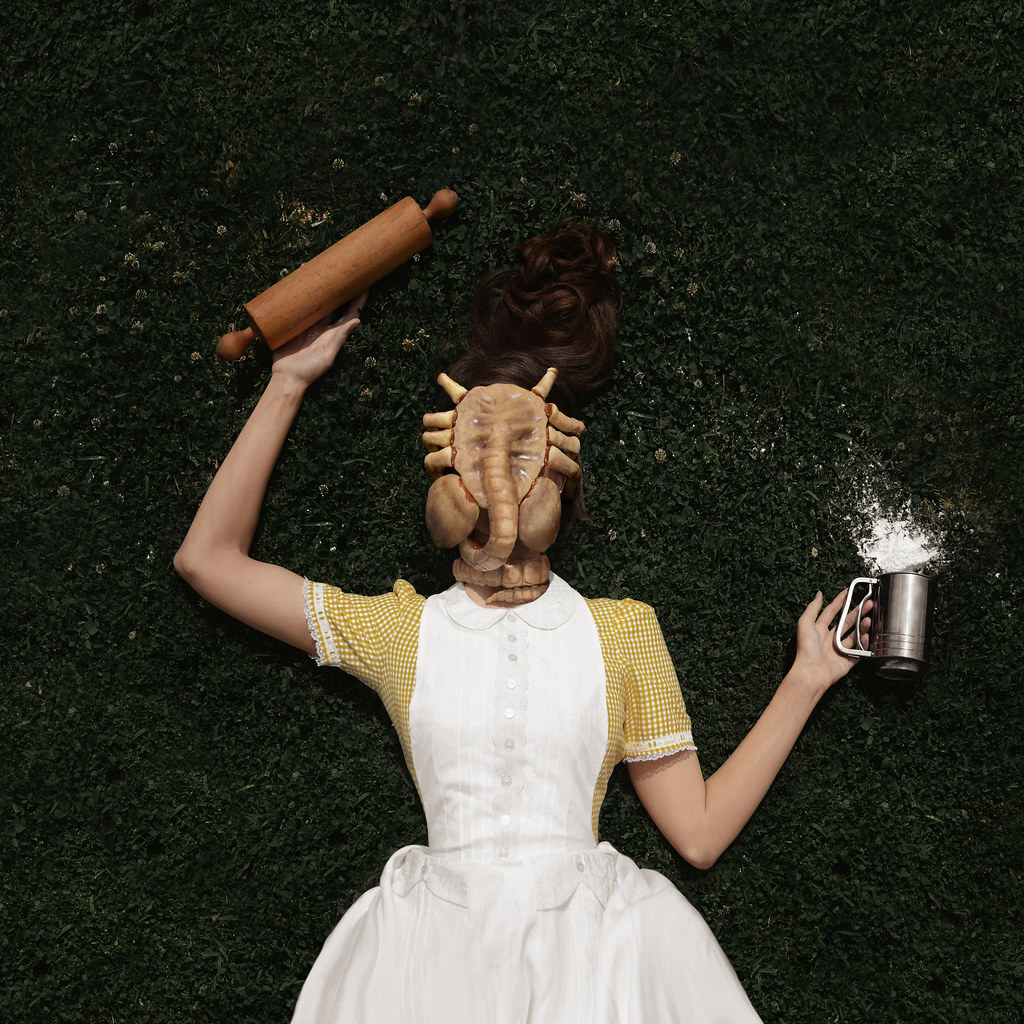 Christine describes herself as an introvert but says her photography allows her to show people how she sees the world. She hopes that people will “laugh, be inspired, or at least see the world from my perspective.”

“You never know if it could lead to something amazing,” she adds. “It has for me.”

Visit Christine’s photo stream to see more of her photography.

Previous episode: Photos that make you feel like a teenager again

Our last #FlickrFriday theme was #ReadBetweenTheLines, and we’ve got so many submissions with so much of great creativity and imagination.