In this week’s throwback journey, let’s venture into what elections were like in history. From polling booths to campaign fever to old-school cartooning, dig into these picks available in the photographic archives from The Commons. 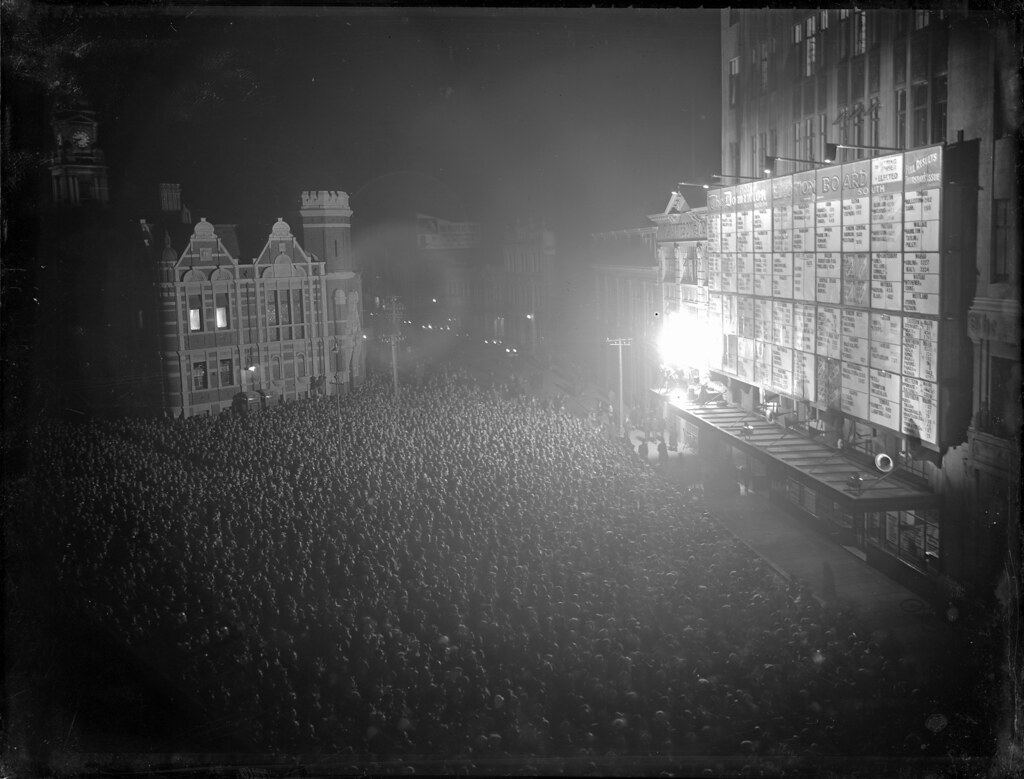 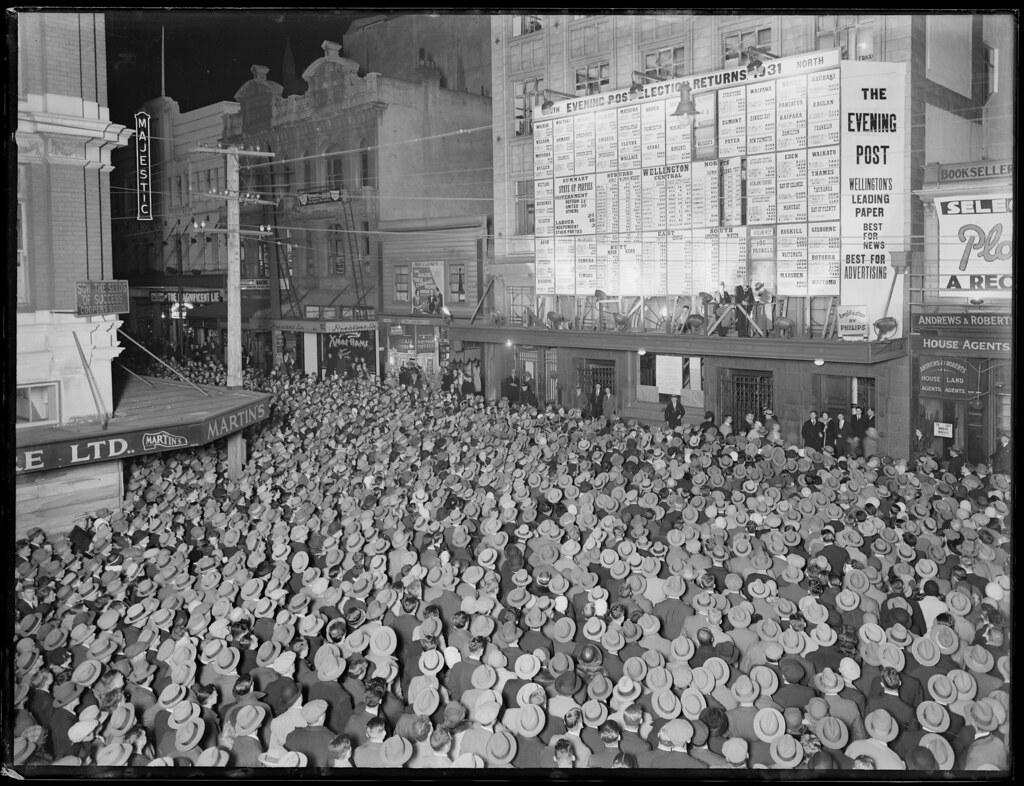 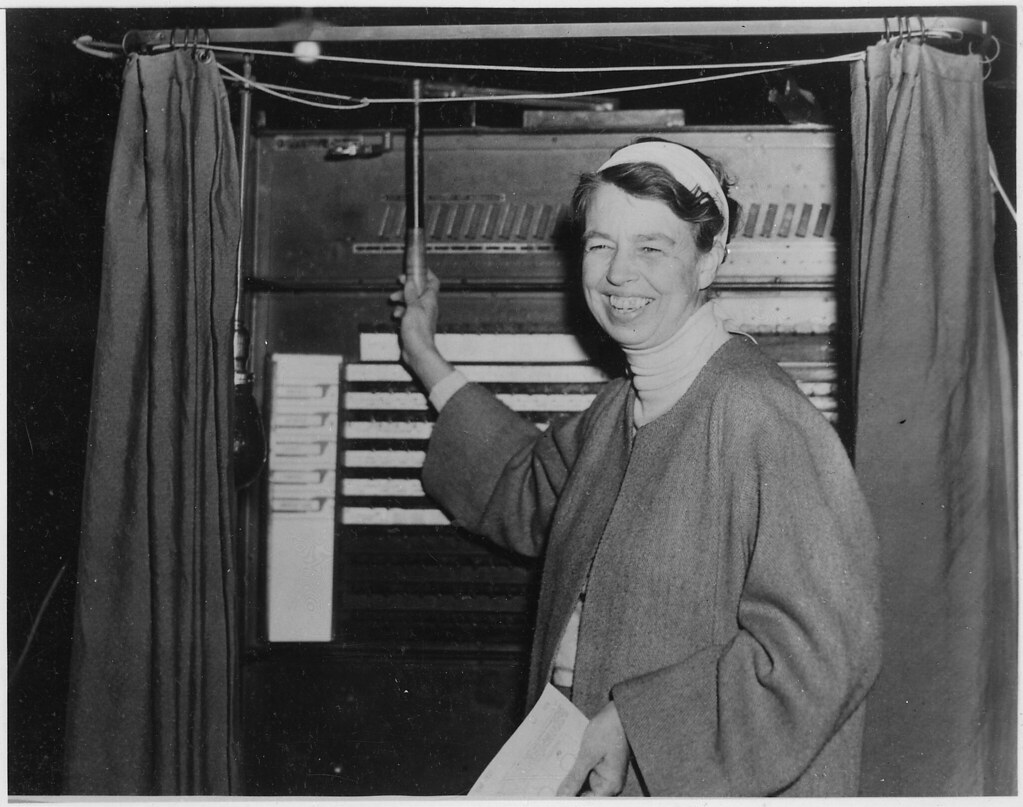 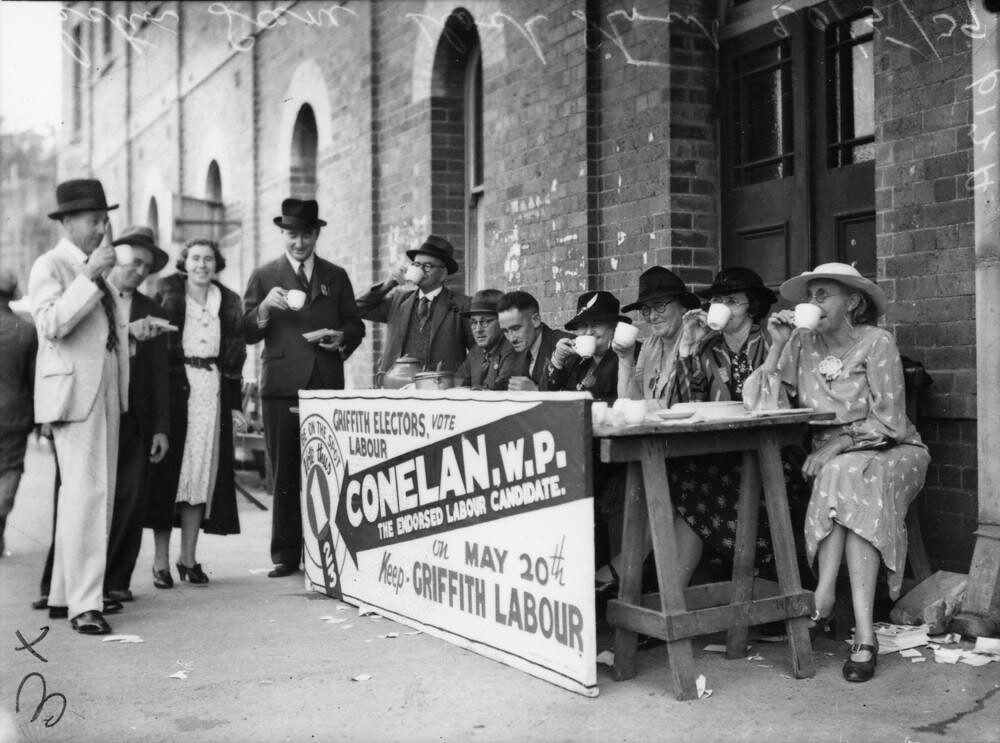 Elections in Brisbane, 20 May,1939. Campaign workers taking a tea break. 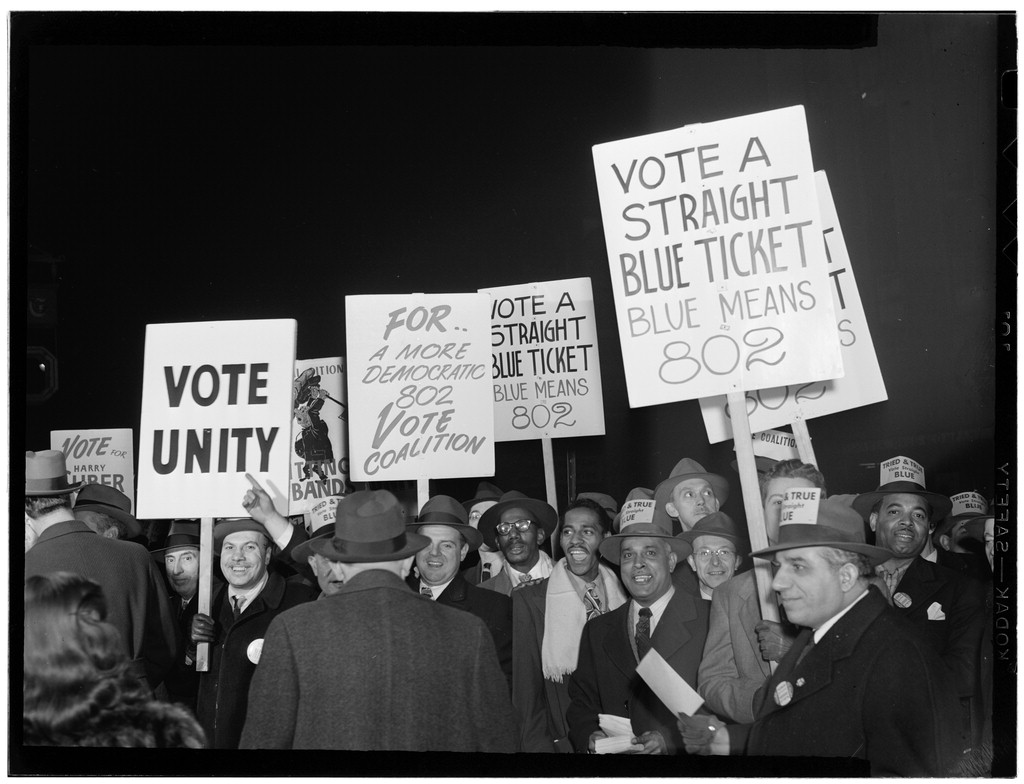 Caption from Down Beat: With three tickets in the field, the recent election in Local 802 was the liveliest in many years. This staff photo by Bill Gottlieb shows some of the campaigners in front of the local’s headquarters at 50th and the Avenue of the Americas. 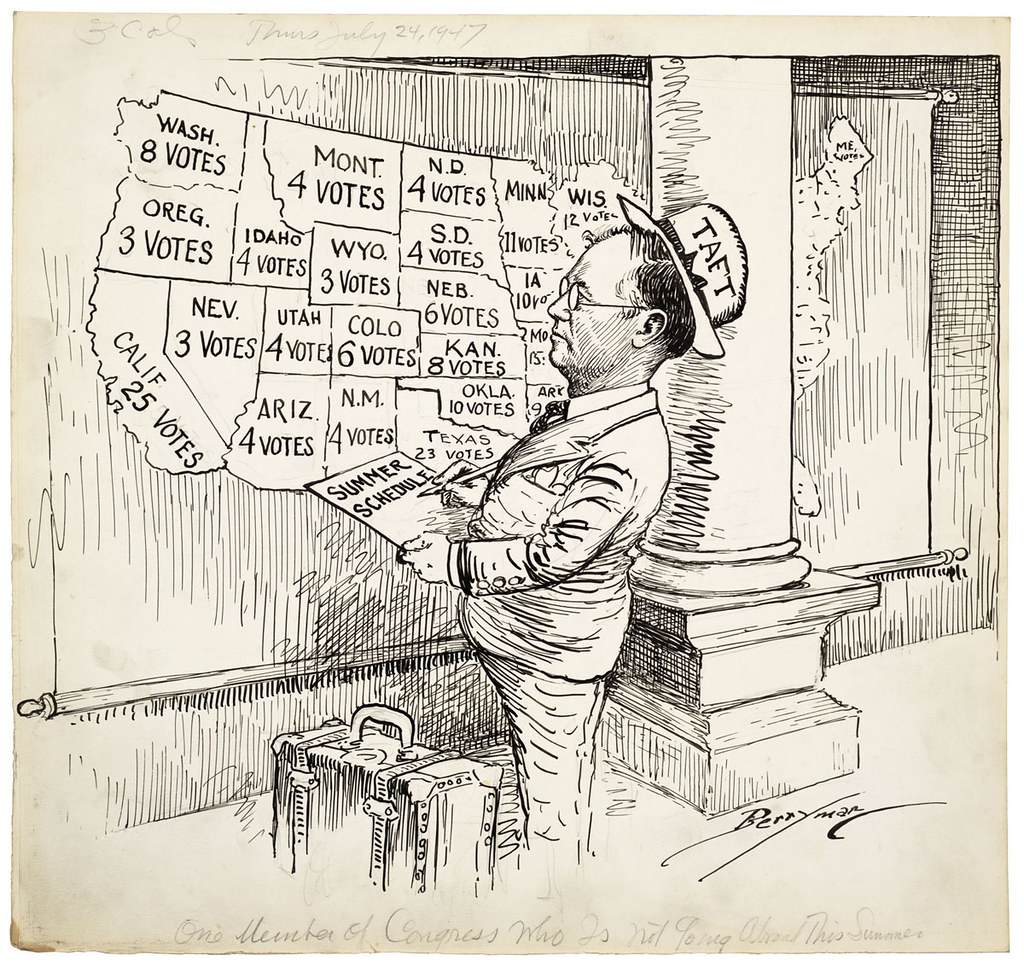 his cartoon depicts Ohio Senator Robert A. Taft, son of former President William Howard Taft, examining an electoral map of the United States, planning his “summer schedule” with hopes of becoming the next President. Summer is a critical time for candidates to campaign across the nation in preparation for the primaries the following spring. Robert Taft had a poor showing in the Republican primaries, and at the Republican convention the next summer lost the nomination to New York Governor Thomas Dewey. 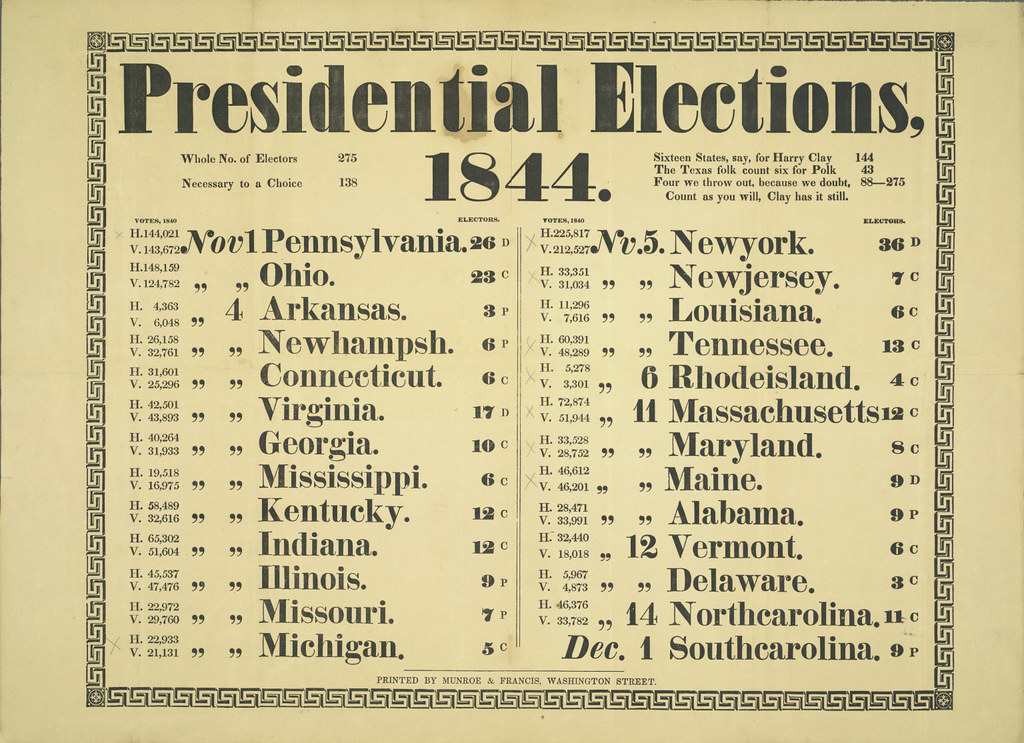 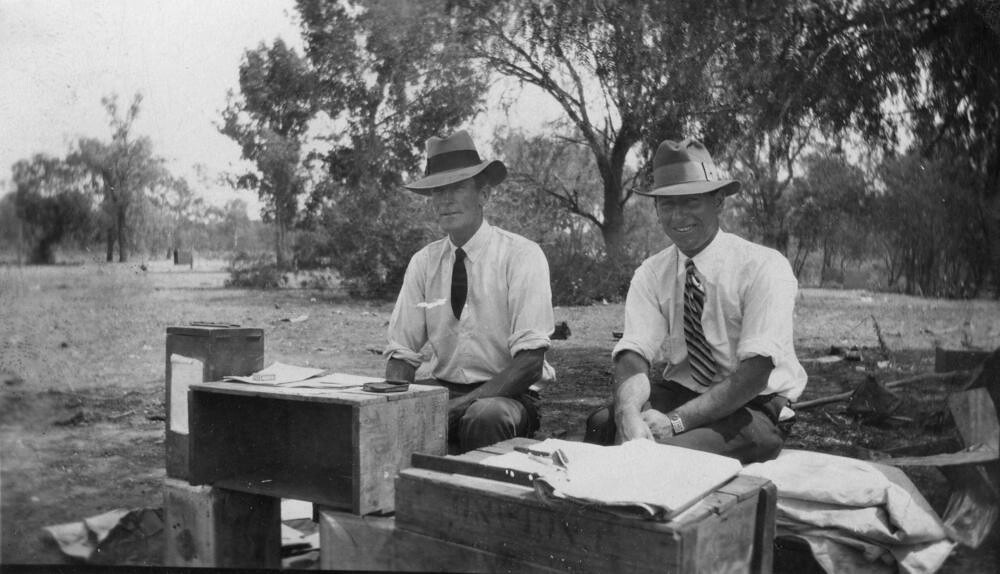 Presiding officer E. B. Nuderur and poll clerk A. Telford at a bush polling booth, Queensland, Australia. Taken circa 1950.

We’re thrilled to invite you to participate in a free, online, travel photography workshop sponsored by Lonely Planet, Flickr, and Blurb next Wednesday, November 12th at 2 pm Pacific Time