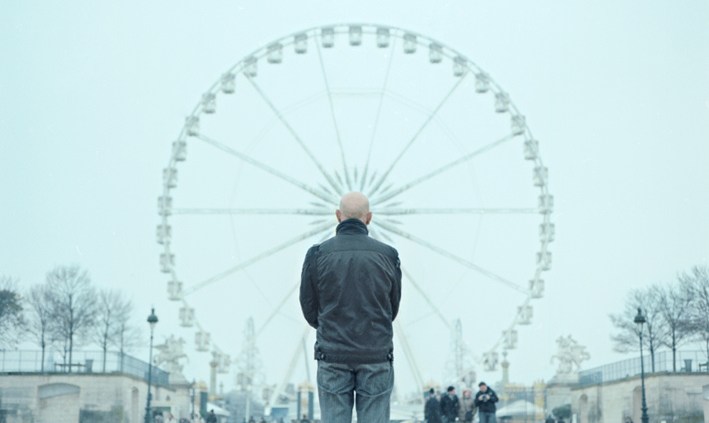 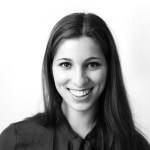 Berta Vicente, a photographer from Barcelona, Spain, mesmerized our 20under20 panel of judges, in no small part for her ingenuity. She makes use of the environment around her to create marvelous scenes that hearken back to painters from the Renaissance, and her technical implementation is exceptional.

While traveling in Australia, for example, she met an older man on a beach who she wanted to shoot, but the only indoor space around was a smelly public bathroom. After convincing her subject to step inside, she produced a fantastic portrait.

Likewise, when she didn’t have seamless and a studio to work from, she re-painted a wall in her room to match the chiaroscuro aesthetic of the painters she admires.

When we met Berta in New York for the 20under20 gala, she had a digital camera, but her obsession at the moment was a modified polaroid a friend had helped her hack together. She shot on 3200 ISO Fujifilm and captured a number of lovely portraits of other 20under20. She was also experimenting with large format film cameras and at shooting digital to film transfer, a technique she said was inspired by her love of Sebastião Salgado’s work.

For such a young and skilled artist, we can only imagine her world will continue to inspire us for many years to come. Read on for an extended Q&A, where Berta shares her process for creating these beautiful photos.

Who and what are the most important influences on your photography?

Fortunately, I think that in photography, everything can inspire you and everything can be seen as an influence. I’ve been influenced by every single detail, experience, music piece, painting, photo, story, failure…However, at the current moment, Alessandra Sanguinetti and Michal Chelbin are two photographers who allow me to see what photography is able to achieve. 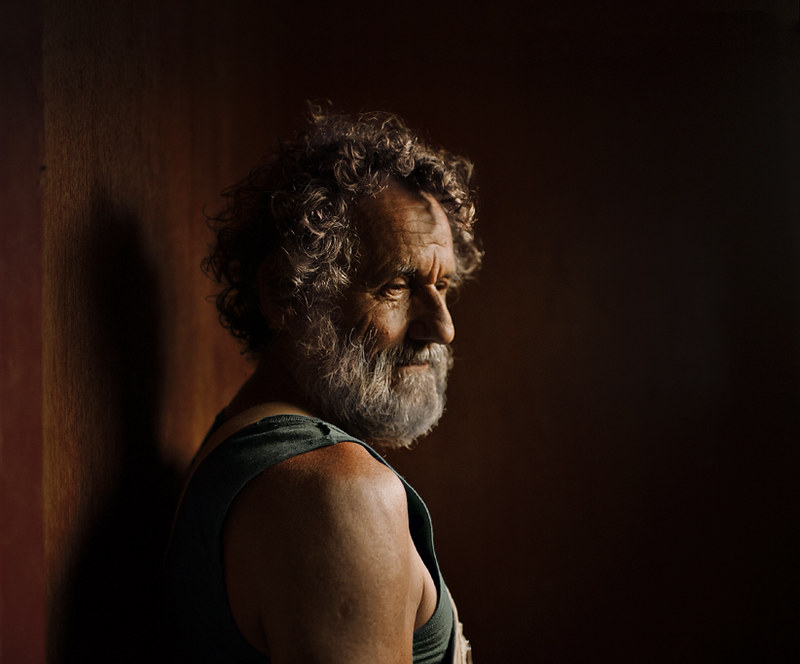 This is one of the more beautiful portraits we’ve seen on Flickr. Can you tell us more about the inspiration for this shoot?

I met Norbert in Australia, in a rest area in front of the beach. He was traveling with his wife in their van. At night we shared a beautiful moment around a campfire and I felt attracted by the expression on his face, the stories he explained, and the way he acted. I discovered the toilet from that beach and thought it could be an interesting place for taking a picture because of the light. The following morning, I asked Norbert if he would mind walking with me to the toilet and being photographed. Unfortunately, it didn’t smell as good as good the light looked, but Norbert happily accepted my invitation. 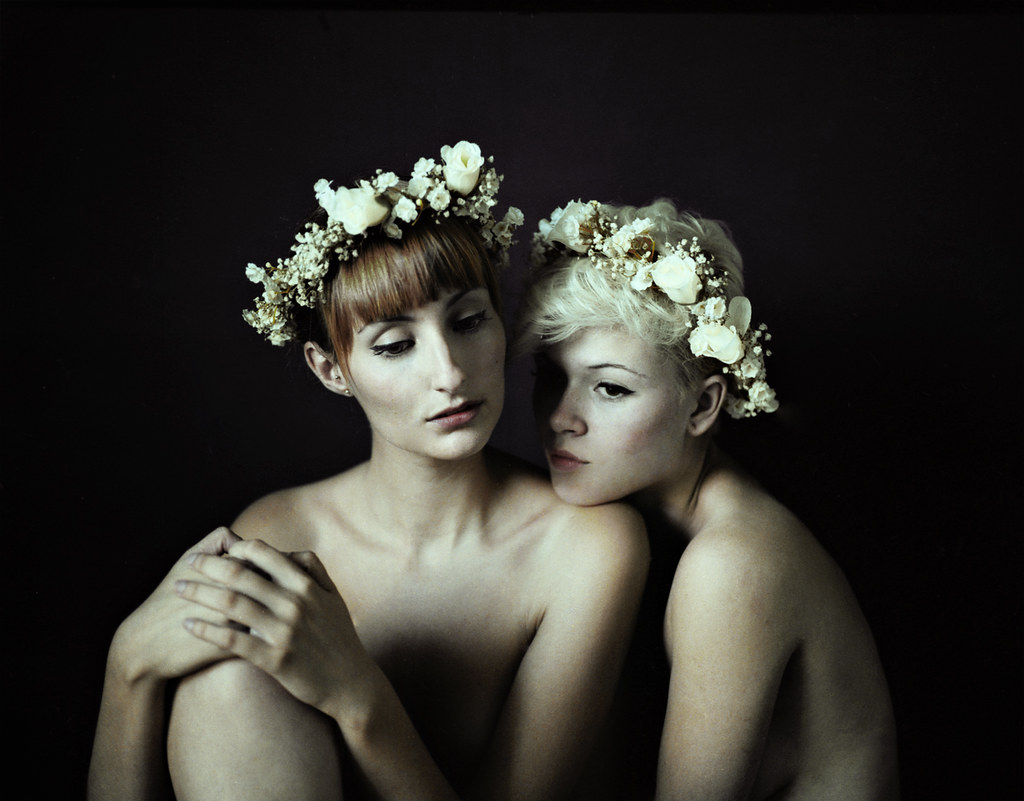 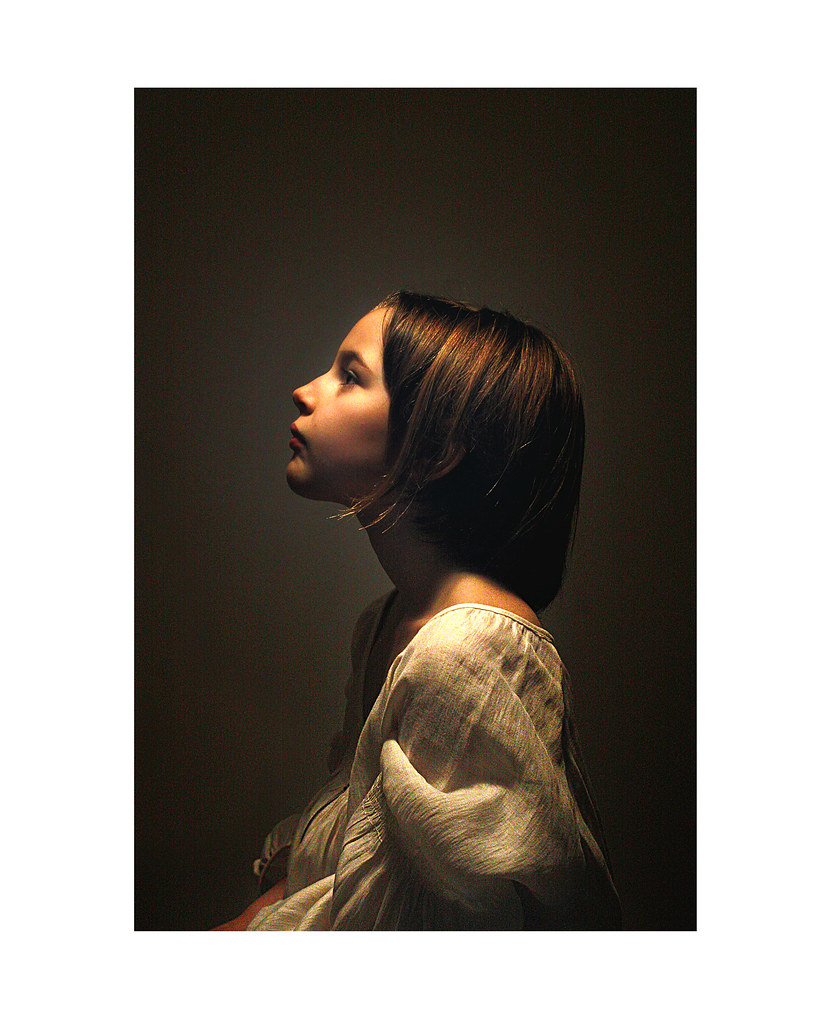 Many of your photos are reminiscent of chiaroscuro painting. Can you talk more about this style and what draws you to it?

It’s a kind of light I feel so comfortable working with. In fact, I would like to explore it more. I really like the shadows it draws on skin and the shifting lights – the game between the background and the shadow the person creates. I love the way you can hide something from the light and then, from the eye. Both of them were shot in my bedroom. The first one was shot with natural light, against a wall I painted black and for the second, I used my desk lamp to illuminate the subject, Marina. 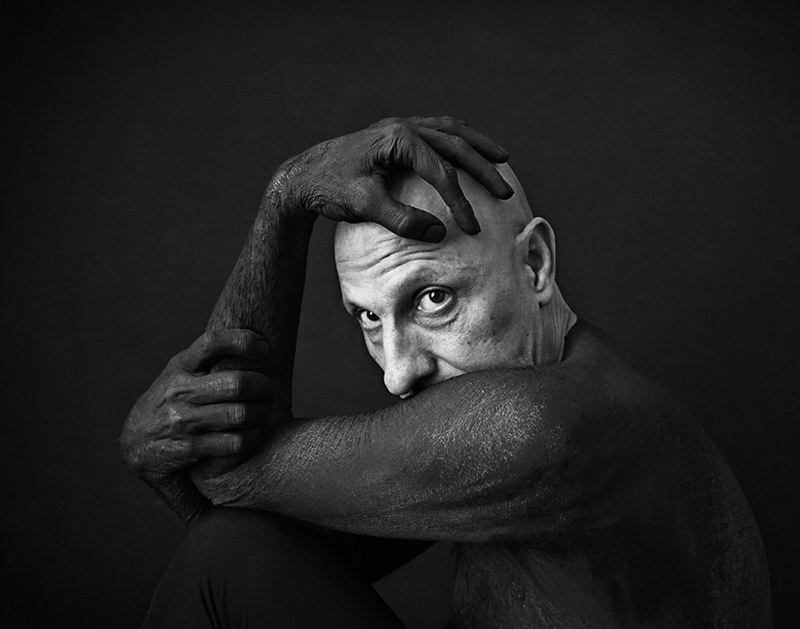 Can you tell us more about this photo?

This photo was also taken in my bedroom, using the same wall from which I took the other one. I actually painted it black because I wanted to take this picture in particular. I also decided to paint also my dad’s torso and arms. I really love taking pictures with him – I should do it even more. It always starts as a game that we both enjoy playing – resistance at first, some convincing arguments, and then him giving up. 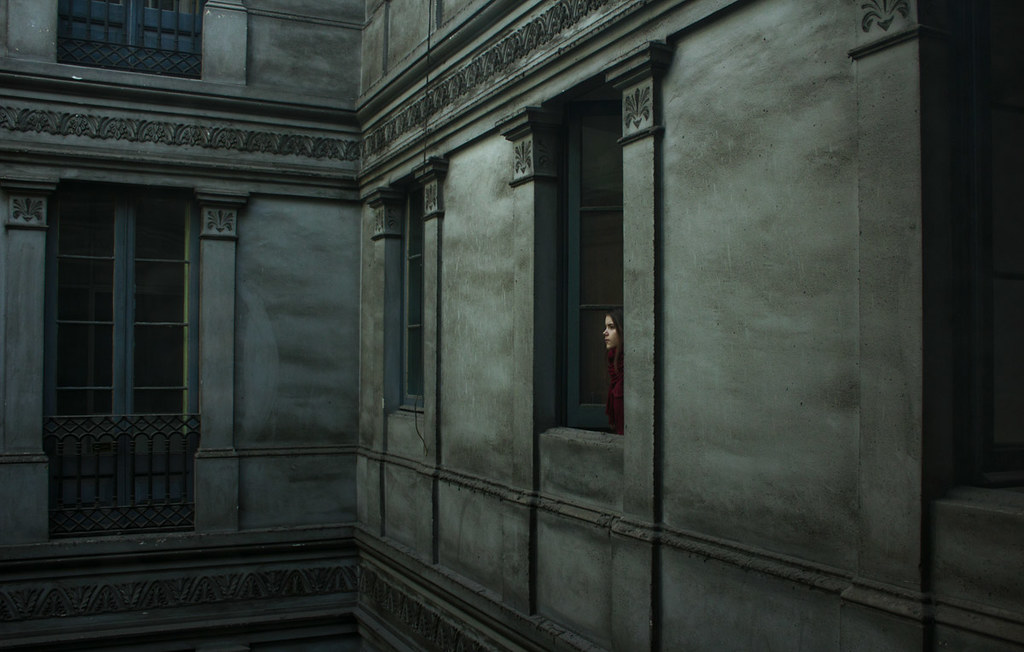 Can you tell us more about how you got these photos and where this building is?

This is a building that was going to be demolished to have a hotel built. Luckily, I found it before the demolition, and its caretaker allowed me to explore the amazing place. It was probably some of the most magical places I’ve ever been. It’s located in the Barcelona city center, and is now a hotel. 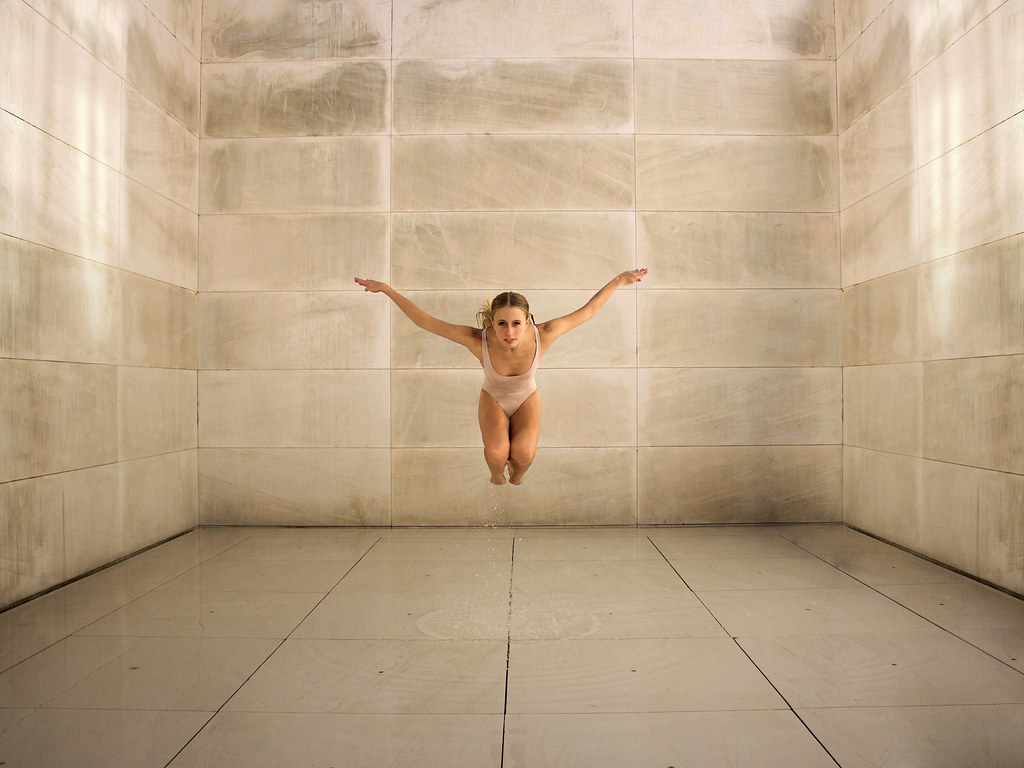 You don’t do many surreal shots, but this one mind-bending:

You’re right – I’m not very interested in taking surreal shots. I took this in Barcelona, at the ‘Caixa Forum,’ a beautiful modernist building. I discovered this place on a school trip and although you’re not allowed to enter this particular area, it had such easy access. I imagined this picture from the very first moment I saw this open space – Yvonne, my ballet dancer friend, jumping, almost flying, over the water surface. We took that picture just before the guard asked us to leave.

Were you surprised when we contacted you about 20under20?

Absolutely yes! I thought it was probably spam, but once I realized it was true I was really happy. It’s a great opportunity for me and the other 19 photographers. This is the kind of thing that hardly happens twice in your life.

Berta, thank you for taking the time to answer our questions.

Today Flickr is bringing the best photographers from around the world to your walls. You can now decorate your home, office, or dorm room with artwork from more than 50 million beautiful images.

You put our hair up for Twitter Tuesday ! We saw movements, colors, different hair sizes. It was kind of magic hair dance. Thank you for all your great contributions !