Today, an excerpt from The Photographic Journal's interview with Laura Taylor, a fantastic LA-based photographer whose roots in the south infuse her portraiture with a laconic and sumptuous glow.

You were doing a Polaroid series around events and music festivals for awhile. Does that shyness with your camera still play into that?

For several years I did a Polaroid series that was based around Coachella for Kanon, a vodka company who no longer is selling in the US.

I did that three summers in a row, plus some events they threw around LA. They basically would hold these big private parties and usually were collaborating with a fashion designer. They were just very pretty parties and would at times have celebrity guests. They hired me to take all Polaroids of the party, which is really like the best. So I would just grab a bunch of film and take pretty pictures of pretty people in the sun.

But approaching people, even in that atmosphere, still weirds me out [laughs]. It’s really hard for me actually. But when it comes to the Polaroids, it makes it much easier because you have this awesome vintage looking camera that interests people. And people really love having Polaroids taken of them. It’s become almost a novelty.

So, for me to come up to someone and say Can I take a Polaroid of you is much easier. They’d say Omg, that camera is so cool. I didn’t know that Polaroid still existed. So it helps that people felt excited about the photos, but it’s still weird having to interrupt people’s conversations while they’re hanging out at a party. 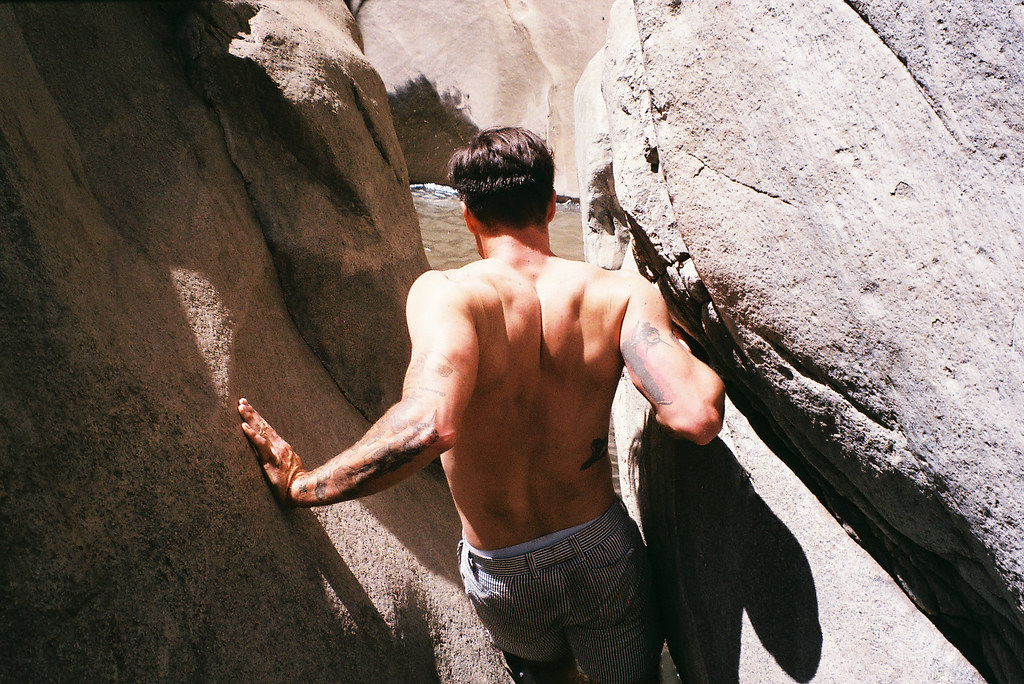 If someone were to look at your portfolio, what do you want them to take away from it? What do you think you’re trying to communicate?

I guess like any person making art I want to connect with people and I want to make them feel emotions. I kind of touched on it before, I kind of gravitate towards a quietness, kind of a serene feeling. I think that’s what I want people to feel.

When I was sixteen, photography was probably an escape for me. I didn’t really know what I was doing. We had moved around for most of my life, and then I left school and moved out of my parents house. I was on my own and was dealing with a lot of emotions, finding some stable ground. And photography became my safe haven. I think that’s always been my approach towards photography. I always want to create a peaceful space. 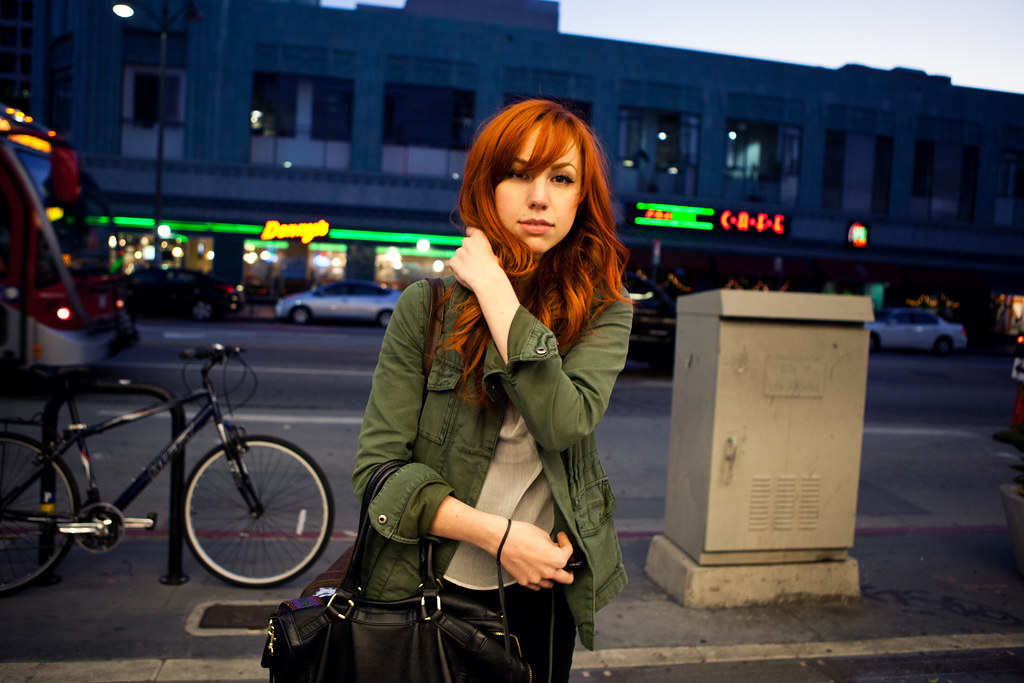 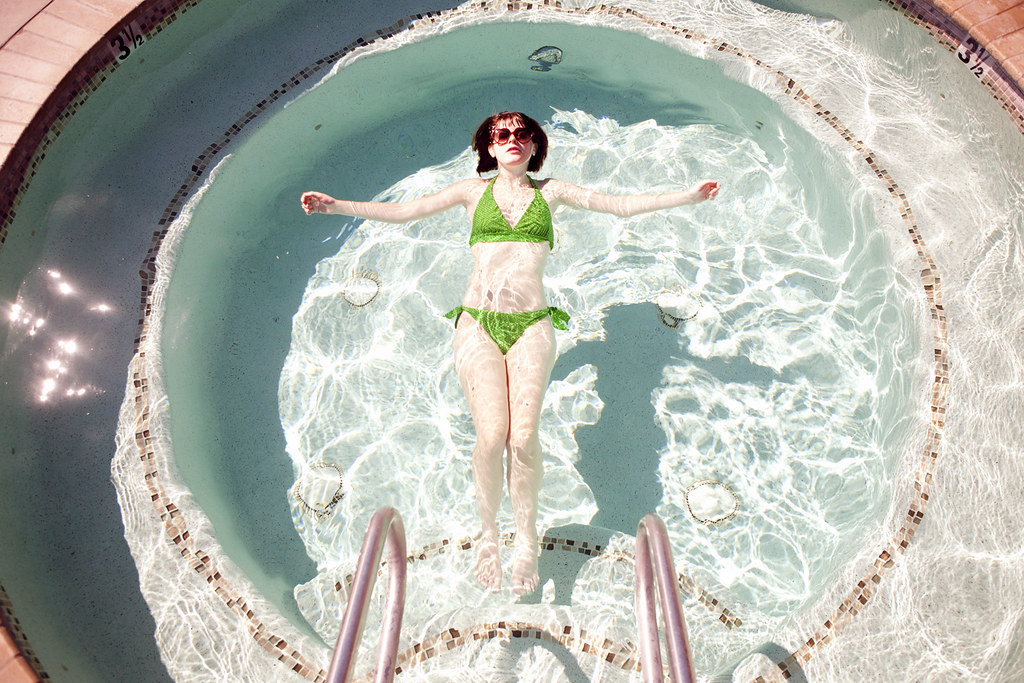 Sometimes I wish I did more daring work; or edgier stuff. My stuff isn’t edgy. It’s not abrasive. I definitely think about that every day. I’ve struggled asking myself if my style is too sweet, if it’s too feminine, too soft? It’s just a life long question if I’m saying enough, doing enough.

*Am I not pushing myself enough?

Am I not trying different things?

Am I not making enough of a statement?

Should I be shooting homeless people on the street?

Should I be saying something else?*

But I’ve come to terms that this is the way that I feel about the world. I like things to be warm and peaceful. I like the idea that people look at my work and it makes them feel calm, or it makes them feel melancholy of something soft inside. I want that connection with people. That’s just how I seem to express myself. I’m not an abrasive person in life. 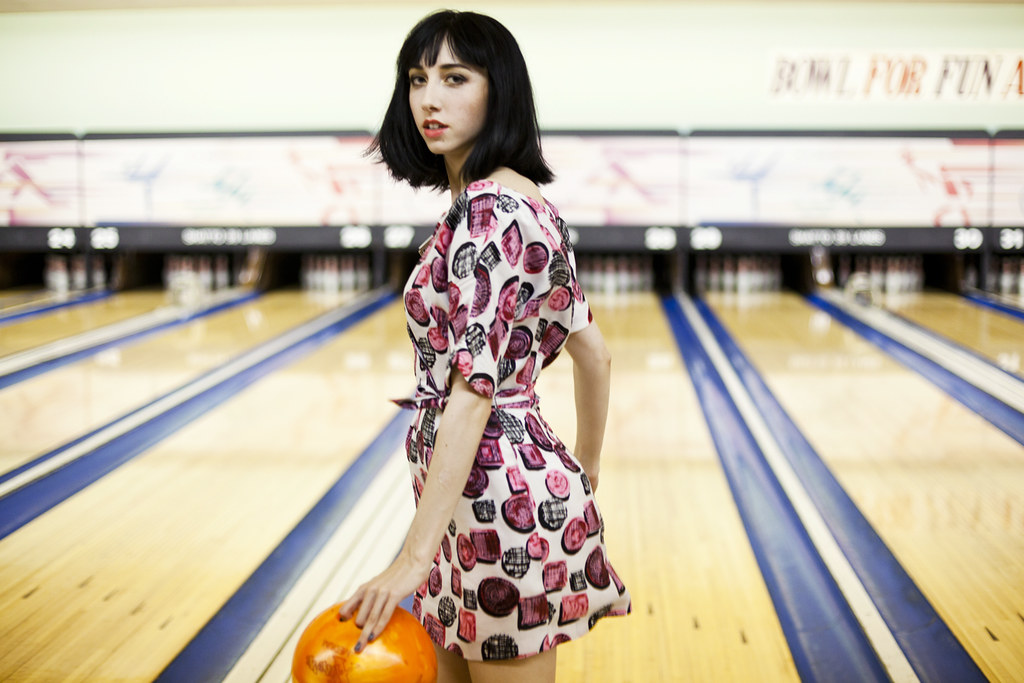 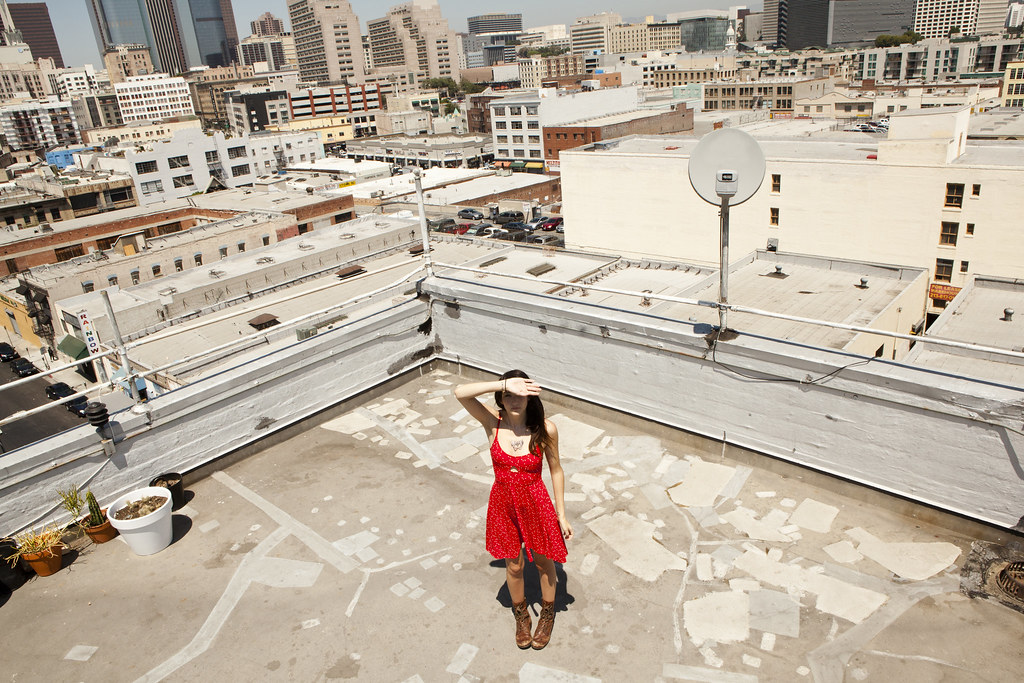 I think my work really reflects and that as a kid I didn’t have a lot of stability and there was a lot of stuff in world and I wanted to take control of that and create a world that’s a little bit magical. That people can kind of get lost in.

How did you family and friends react to starting Taylor L.A.?

I have an amazing support system. My family has been very supportive of my photography. I didn’t take the traditional route at all and because of that I think that they could’ve been a lot less supportive. I basically dropped out of high school, and that’s when I started taking photos.

Everyone was very excited about me and my sister doing this studio. I was kind of nervous about making that big jump, of leaving that cushion of a part time job and taking on another huge rent. My dad is a lawyer and is pretty practical thinking. I wasn’t sure how he was going to react. And he was just like That’s great. That’s perfect. I’m so excited for you. 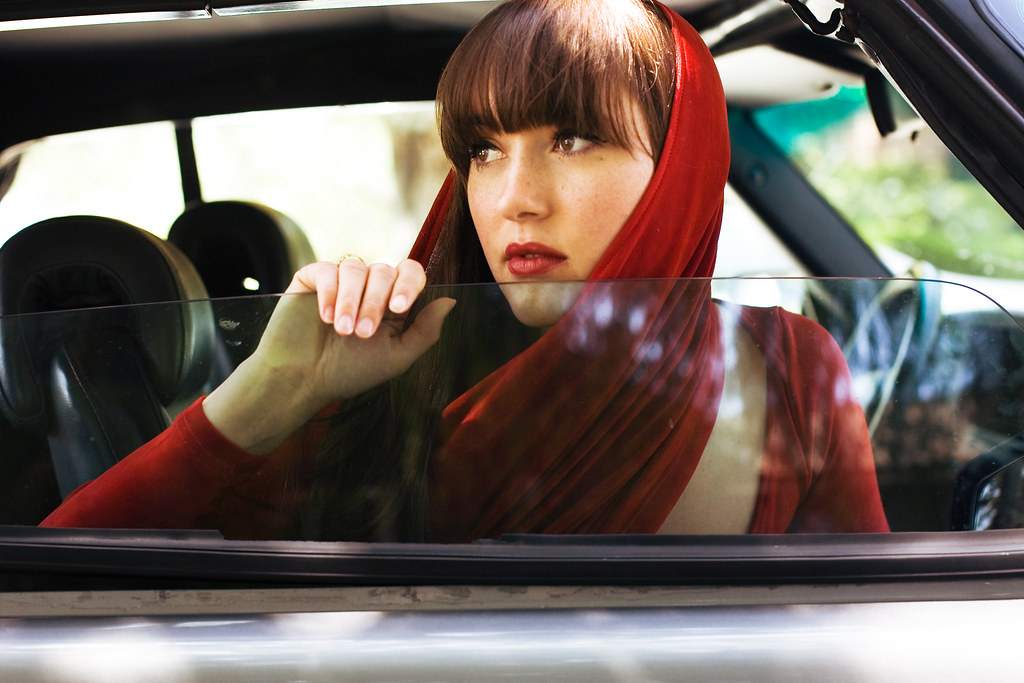 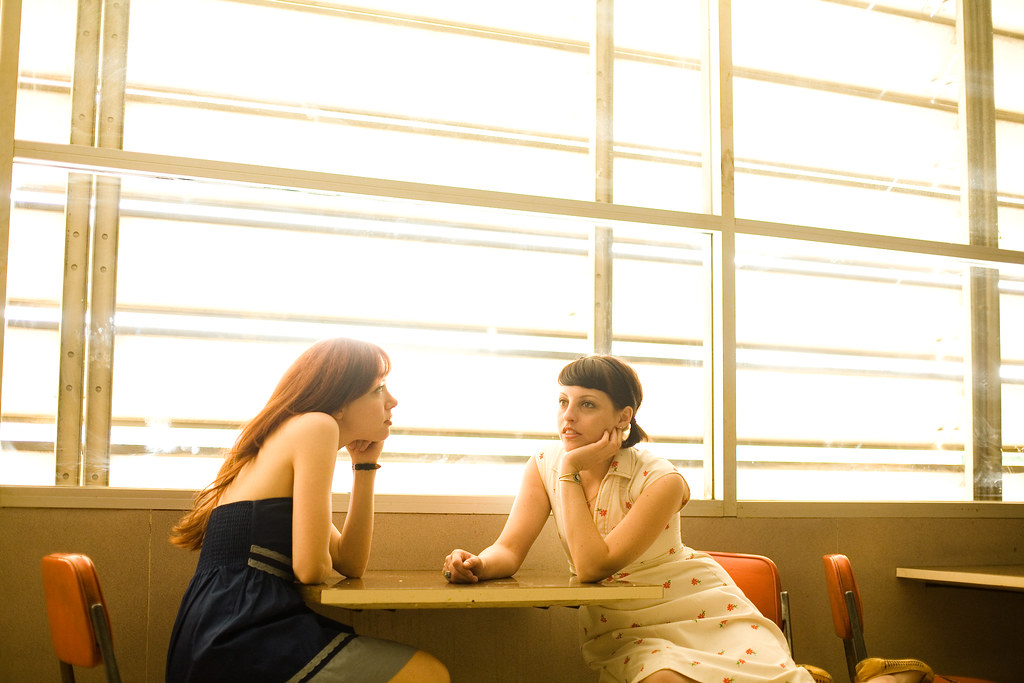 And the funny thing is that my friends and family just sort of said Finally… Yes… This is what you need to be doing. You could have done this years ago. We’re so excited for you. You’re going to do great. This is the right idea. It was so encouraging to have that response from everyone. I couldn’t ask for more supportive people in my life, at all. Definitely have a huge supportive group of friends here in LA and photographers and family and my sister here with me doing this. It’s awesome. 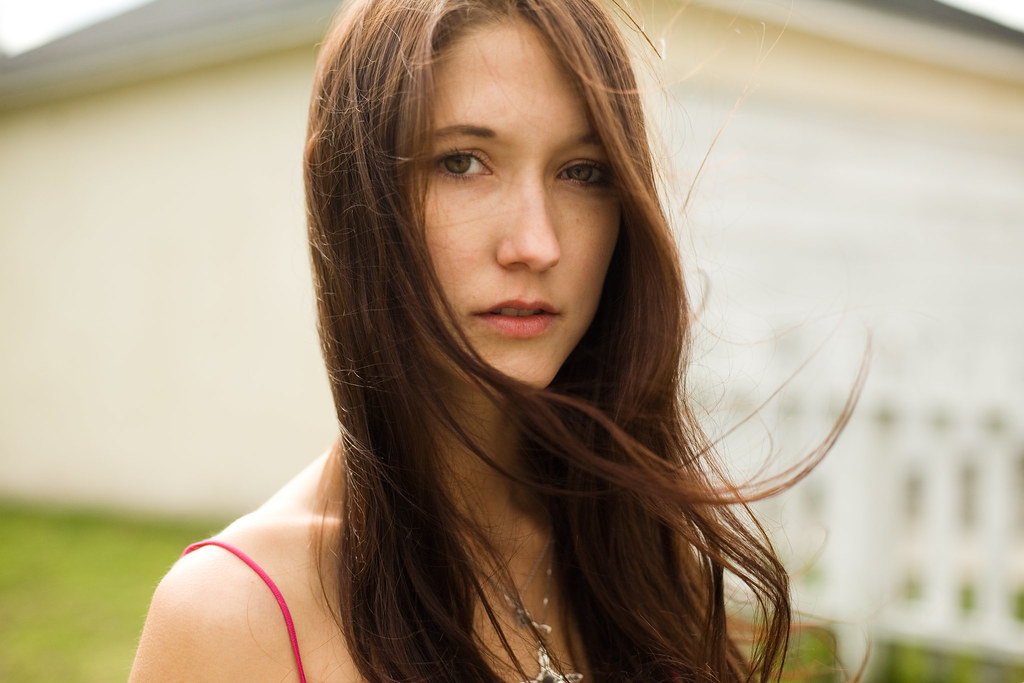 (Read the full interview on The Photographic Journal here)

How are you going to interpret the #FlickrFriday theme? Will you enter the matrix with Neo and follow the white rabbit? Take your shot from today but beware: certain Agents might watch you…

We’re sorry we let some of you down. About a month ago, we introduced Flickr Wall Art to allow our members to order printed photos […]