Kevin Meredith is one of the most-loved Flickr photographers, with a huge following around the world. His photos span numerous styles and subjects, from landscape to street to portraiture and more. His self-portraits may be one of his more recognizable tropes: Far from the casual selfie, they are framed and situated in scenes that demand reflection. 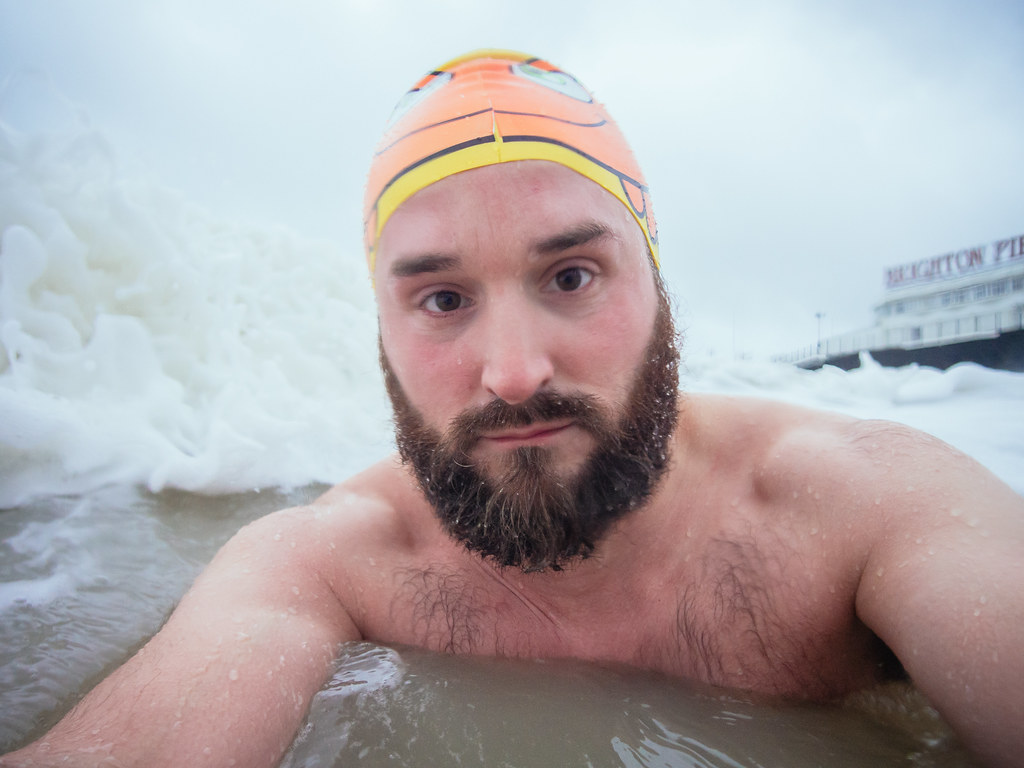 Remarkably, Kevin didn’t plan to become a photographer, but an art course in his secondary school prompted him to begin shooting. “When I signed up we were given a list of things to get including an SLR,” he said. “I didn’t know what an SLR was — at sixteen I’d never owned a camera.”

From the moment he started, he was hooked. “When we had our introduction to photography, I just got it.”

Soon after, he purchased a Lomo LCA , which he used wherever he went. “Having a camera on you all the time does not seem so special now, but in the 90s, it was unique — affordable digital cameras and camera phones did not exist.”

Kevin was an early adopter on Flickr in 2004, and he noticed how quickly his Lomo photos distinguished his work from others. “My cross-processed photos from my Lomo LCA really stood out from the majority of un-tweaked digital photos on Flickr back then. In 2004, digital image processing was not what it is now, there where no phone apps, and Lightroom and Photoshop were tough to learn.”

From the exposure his work got on Flickr, he published an instructional photo book called Hot Shots, which has been translated into over 10 languages. Two more books followed. “Flickr has afforded me some great opportunities over the years and enabled me to meet some great photographers,” he said.

He noted that narrowing down his faves to just seven for this blog post was tricky. For those who would like to see more, he has over 10,000 in his Favorites. 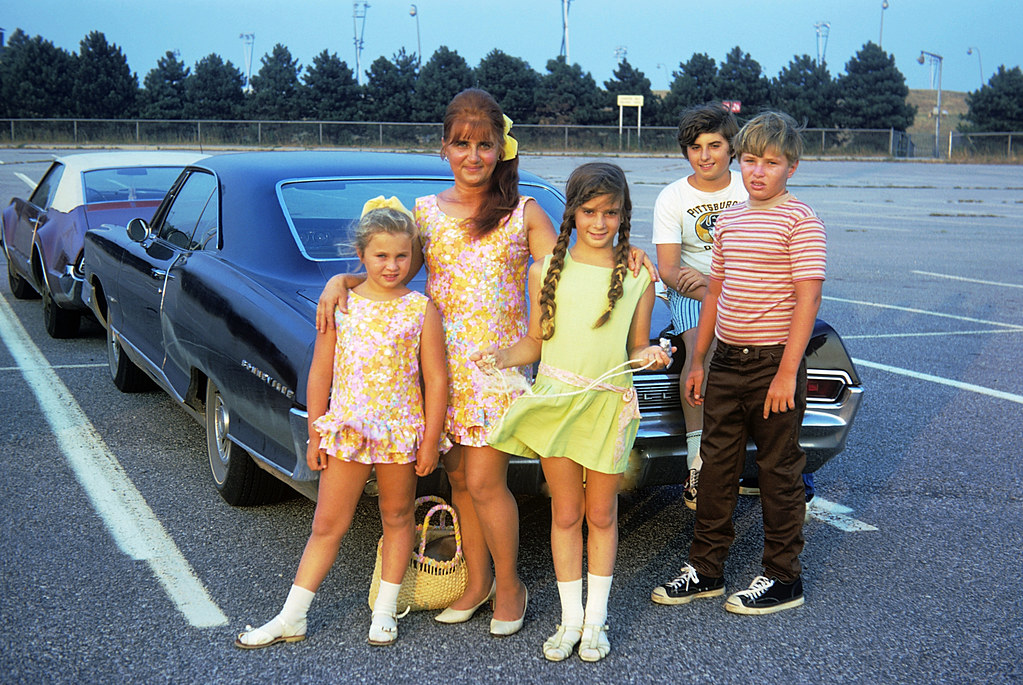 While writing this, I realize that I found out about wavz13, aka Andy Blair, from a previous Flickr Blog post from last year, but that is not going to stop me showing his work again. Andy has many post-historical 1970s New York pictures, it’s really enthralling to see historical pictures of a place that has changed so much in a relatively short time. Some of his pictures are barely believable when you think of New York today. Andy is a great Flickr user because he responds to all the queries about his images; if you did not live in the New York in 1970s, you probably have a lot of questions about his work. 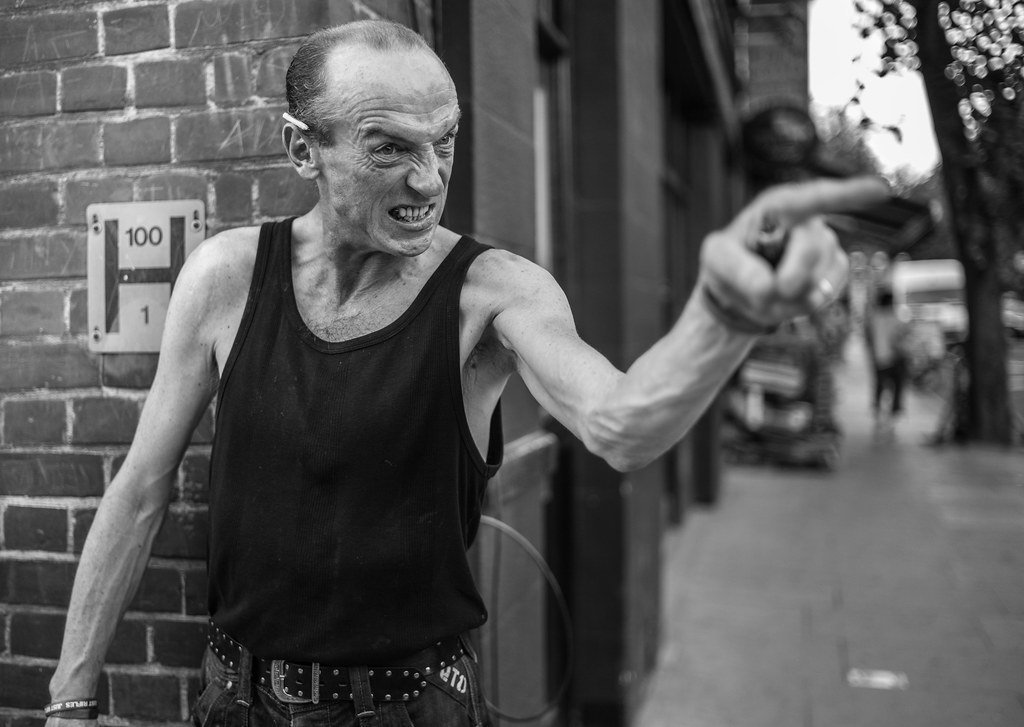 I don’t care if this image was staged or not, it’s got such raw energy it’s definitely a decisive moment if ever I saw one! 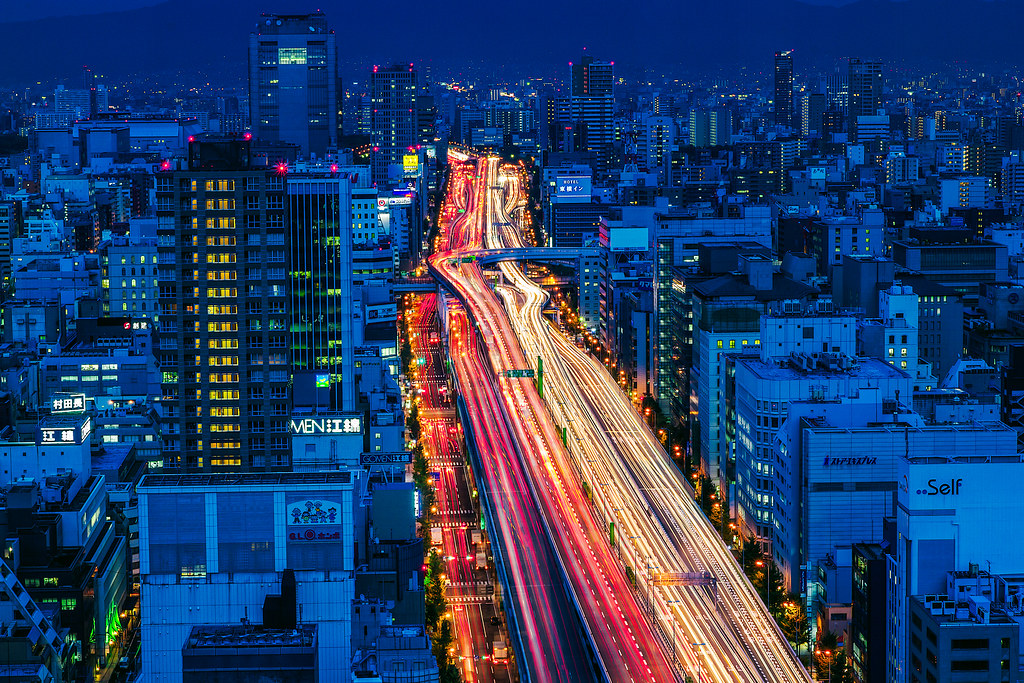 Unbelievable cityscapes from what looks like the future, but is in fact mostly Tokyo. I often wonder how Sandro gets access to all the heigh vantage points to capture his photographs. 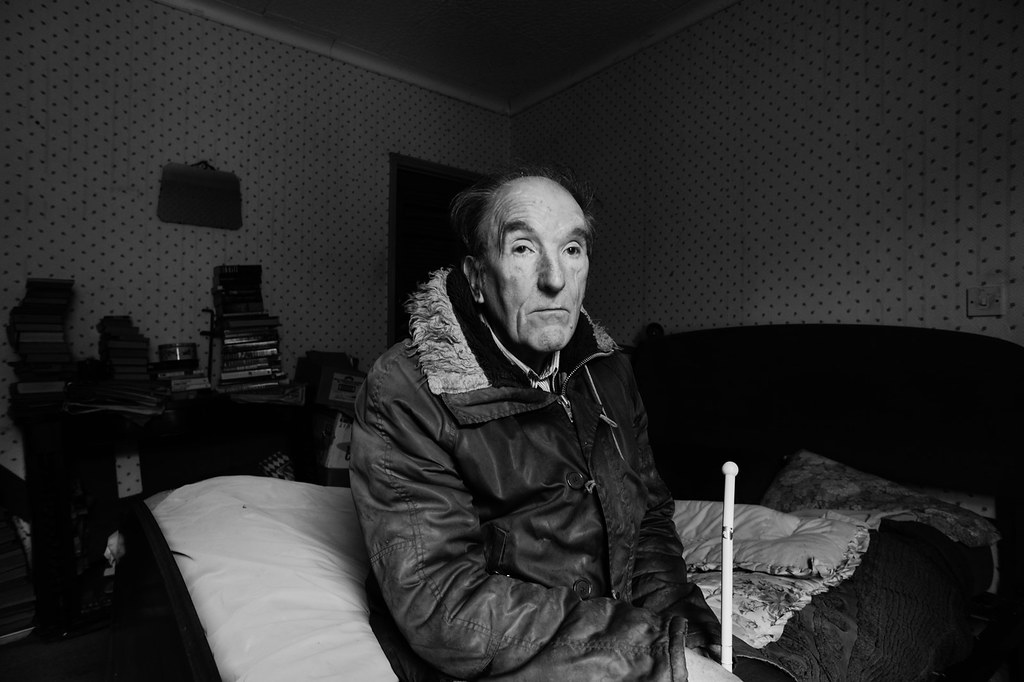 Jim is a full-time caregiver for one of his family members — in his limited spare time, he documents the people around him that he describes as “not having their own voice.” They range from people with disabilities, people suffering from mental health issues, and people with substance abuse problems. Jim and the people he documents live in the run down town of Dereham in Norfolk. Pictured here is David, who went blind after a cycling accident. Jim has used the popularity of of his work to raise money to get David a device that will read for him. Jim has also raised money for various charities with his work. He is a true social-documentary photographer with a social conscience. 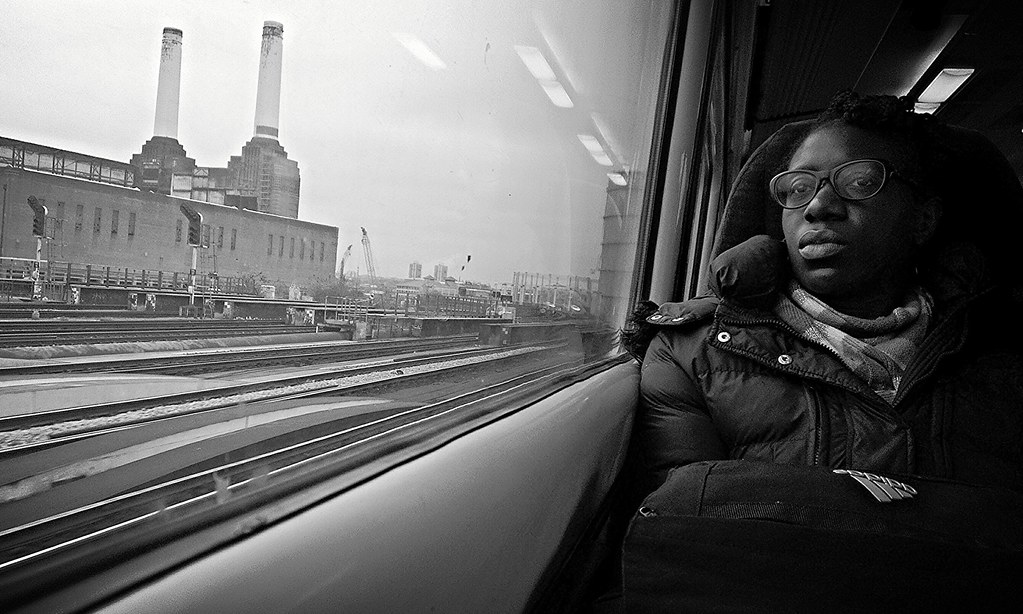 What I love about this image and the others in Jon’s series ‘Passengers’ is that it shows you can take a good photo no matter where you are and no matter what kit you use. They are candid portraits of Jon’s fellow commuters on the Brighton to London train, shot with a cameraphone. I don’t think it would have worked so well if he’d used a DSLR, as people would have noticed him. Some of the images are clearly shot on a cameraphone, but others you would not know. 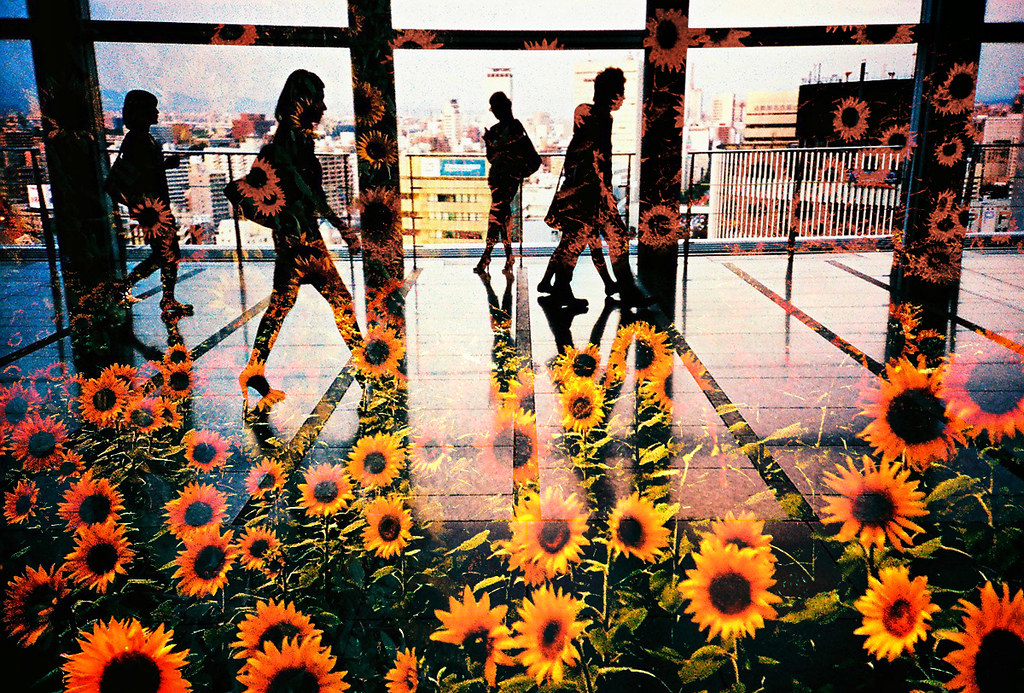 Bizarrely, this is my one and only Lomo LCA user in my picks. Hodachrome is the master of double exposures, no Photoshop trickery here. He will shoot a film roll and then reload the film and shoot on it again, or he will use the multiple exposure feature on the Lomo LCA+. Practicing patience, he won’t know weather his creations have worked until he gets his film developed. I bow down to this LCA master! 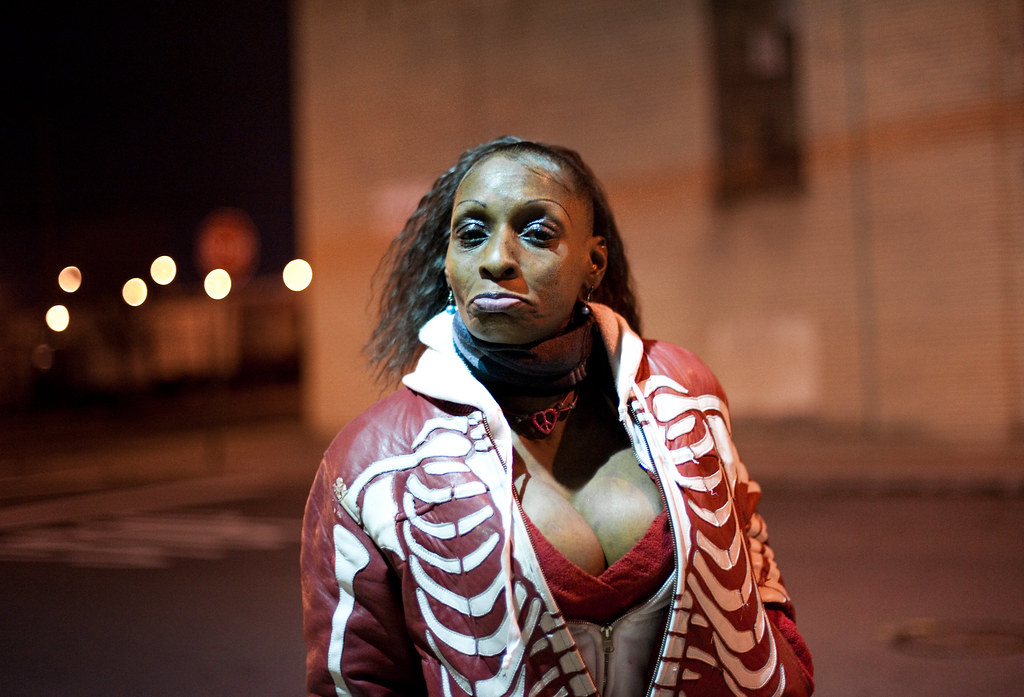 Chris shoots around the Hunts Point area in the Bronx, New York. His work covers the lighter and darker side of the neighborhood. He does not shy away from the drug users and sex workers that live in the deprived area. Chris does a great job of humanizing his subjects by telling their stories in his photo descriptions.

“The best time to start calling yourself an artist is now.” Get inspired by our profile of Dawn Hanna, a talented photographer who transforms ordinary landscapes into art.