Today we have another excerpt from The Photographic Journal, this time from their interview with the inimitable Olivia Bee, one of Flickr's 20under20 winners. We love this interview and we're very excited to share it with you.

Do you feel a sense of competition with other people, your peers? Or are you focused more on yourself?

Naturally everyone feels jealous sometimes, everyone feels a sense of competition or something like that, but I don’t focus on it. I recognize the feeling and let it go, because it doesn’t do anything for me. It’s not a race…well, it Is a race, but it’s a race with yourself, not all the other people doing the same thing. And something I have been telling myself, I hate to compare myself to people, it’s not something that anyone wants to do, and it’s not healthy for anybody really, but when I do compare myself to someone, and it’s like they got a certain job and I didn’t, the thing I keep coming back to is, my work is not trendy, I don’t think it’s…I really don’t focus on… It’s not like in style or out of style. I think the way I photograph and make stuff, I don’t think it’s very 2014 and it’s not internet and it’s not, “this is what’s happening now.” It just happens to be happening now. Of course the internet has helped with my success and my career, it is modern, but it’s not so in this niche of being, “this is what is happening right now, this is the trend.” 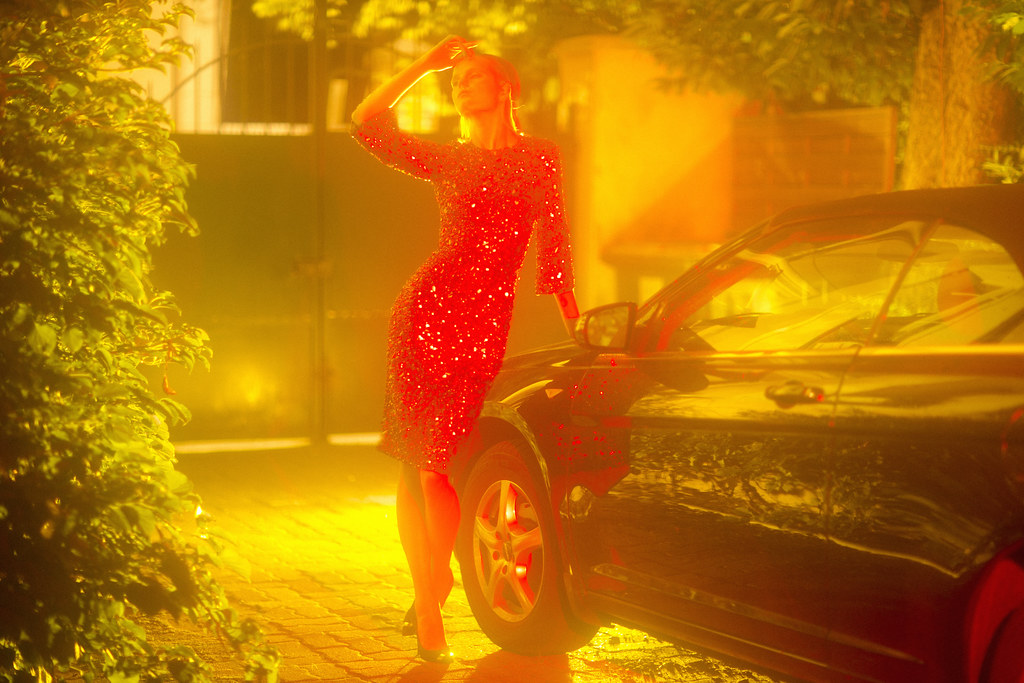 You’re not looking at the things happening now for inspiration.

Well I am, but I think that stuff can get diluted so fast, so the content of it can be not good. Of course naturally it’s competitive, especially if you’re up for a job, like a commercial job and there’s ten other photographers and you don’t get it, but that happens all the time. You don’t get 20 jobs out of 21 jobs. But then that one will pay rent for like half a year! Of course you’ll feel natural competition. But I don’t think it’s that healthy. It’s not something I try to focus on, it comes into my mind, but I try not to focus on it.

Do you look at other photographers’ work? 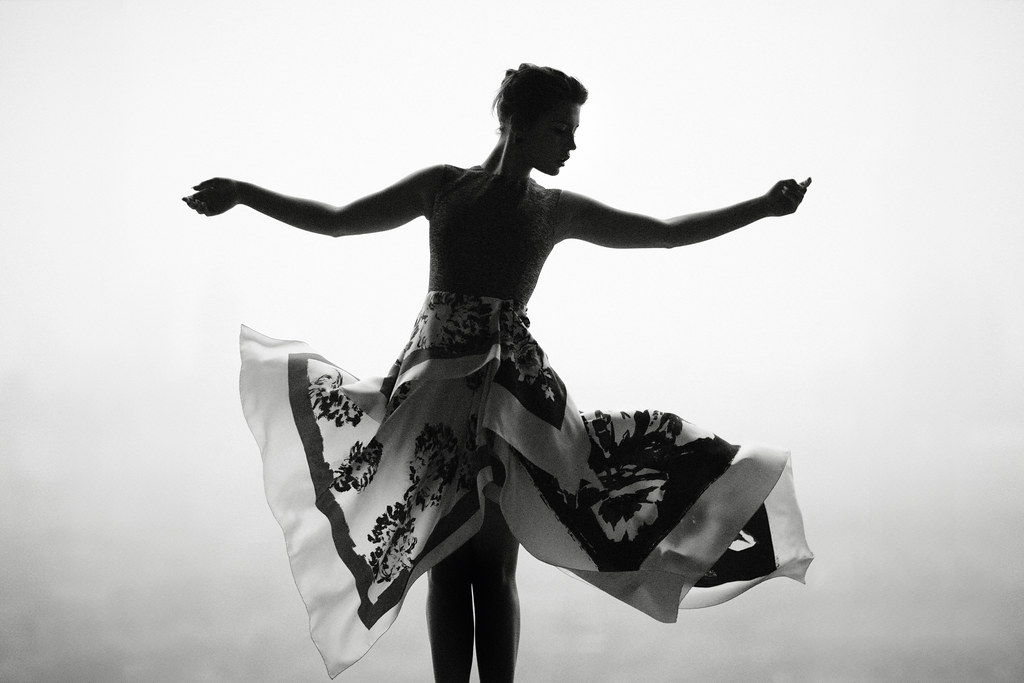 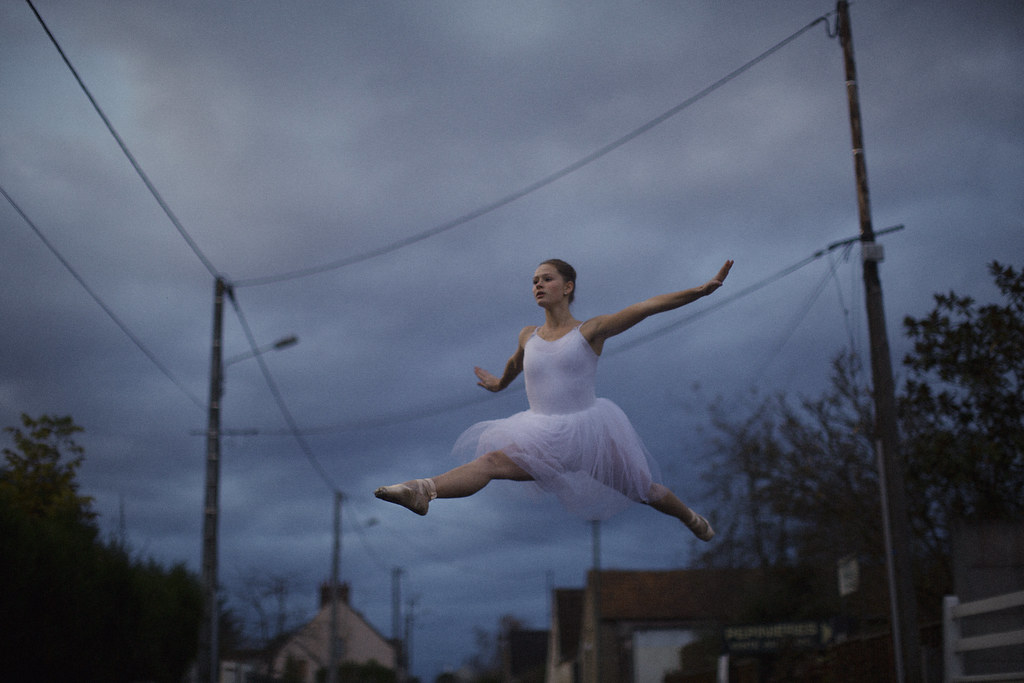 Having grown up in the public sphere, is privacy something you struggle with?

I’m not like Miley Cyrus, people don’t follow me around with cameras, but definitely I get recognized in New York sometimes, and when I go to art parties, there will be a bunch of 14-year-olds that come say hi, and I think that’s adorable, I like it. I’ve never super-struggled with that, I’ve never really been afraid to show what’s going on in my life. But recently, in the last year or two, as my face is more places, things start to speed up and I have more Instagram followers or Flickr followers. I have been holding off from presenting a certain image, I have probably a thousand pictures of my boyfriend in bed, but I haven’t posted all of them, stuff like that.

Do you feel like you want to keep more stuff private?

Yeah, keep some stuff private. I did this whole project, my boyfriend and I went up and stayed at his brother’s place in upstate New York, it looks like this little love shack in the woods, and I have pictures of him and the beautiful nature around. It’s like the weekend we really really fell in love, but I haven’t shown the photos at all. I made him a book, and that’s it. I feel like they’ll live somewhere someday, but I’m just keeping them close right now. I have some pictures like that. There’s some pictures I’m saving for later, too. And it’s also the kind of thing where those kinds of photos I would be okay with having them in a gallery or in a book, but for me there’s definitely stuff I don’t post on Instagram that I will put on my other social media. 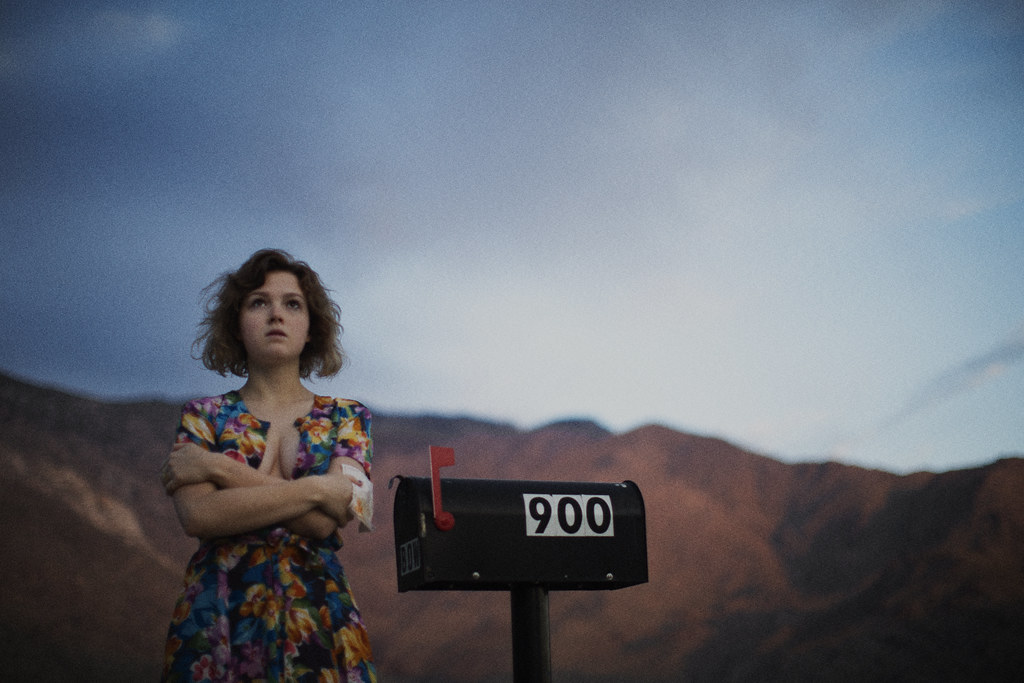 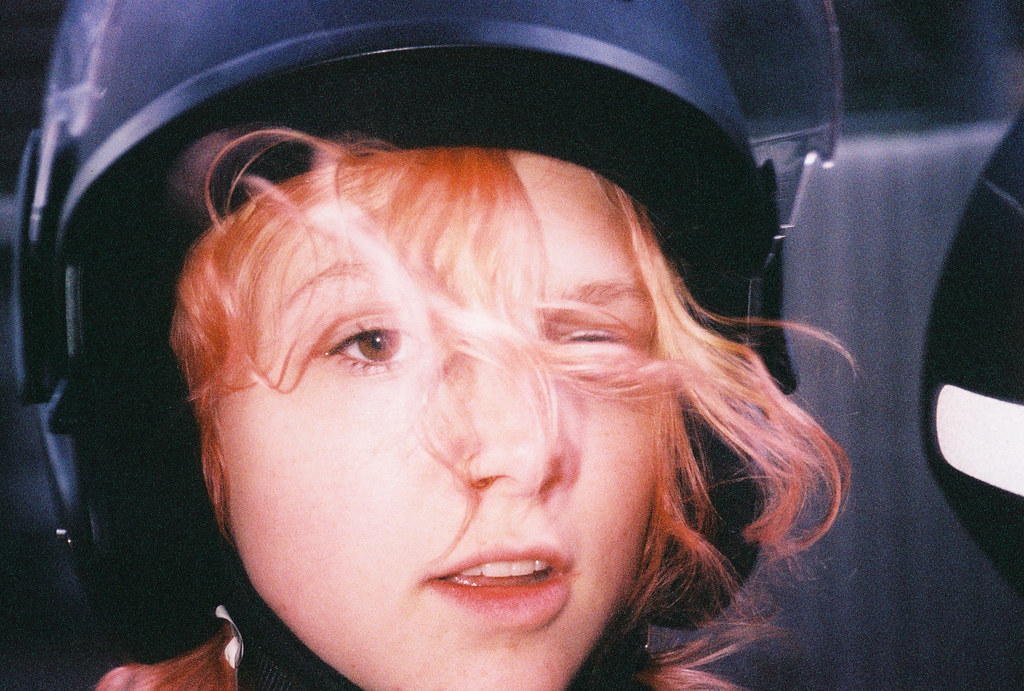 I love Instagram, I think it’s great, I think it’s an awesome thing to look at all the time, but for some reason, the commenting and the number of likes, sometimes I don’t want to put something like that…I wouldn’t put a photo of Arthur in bed on Instagram. But I would be okay with putting it on Flickr because that site’s more art-oriented, less, “I’m bored on social media” -oriented. It’s a different kind of attention. The way that people interact with that kind of thing. And some things I’m totally fine with putting on a website, because no one can comment on it. People see it, and they usually can’t even send a link to that specific image. I think that’s different then putting it on Instagram, “this is the number of likes it has, the number of comments, these people said nasty shit.”

I just did…I photographed one of the girls from Dance Moms, Maddie Ziegler, for Elle, and I have all these 9-year-olds commenting on my Instagram pictures of everything that has nudity, and of course with Instagram you have to put a star over the nipple or something like that, so everything’s safe, but they’re like, “why the fuck would you take pics of this shit?!” They’re like 9 and I’m just…you don’t understand. “This is disgusting! You look horrible! Why would you ever get naked on camera?!” And I’m like, “oh my god, I’m over 18, this is my art, shut up.” 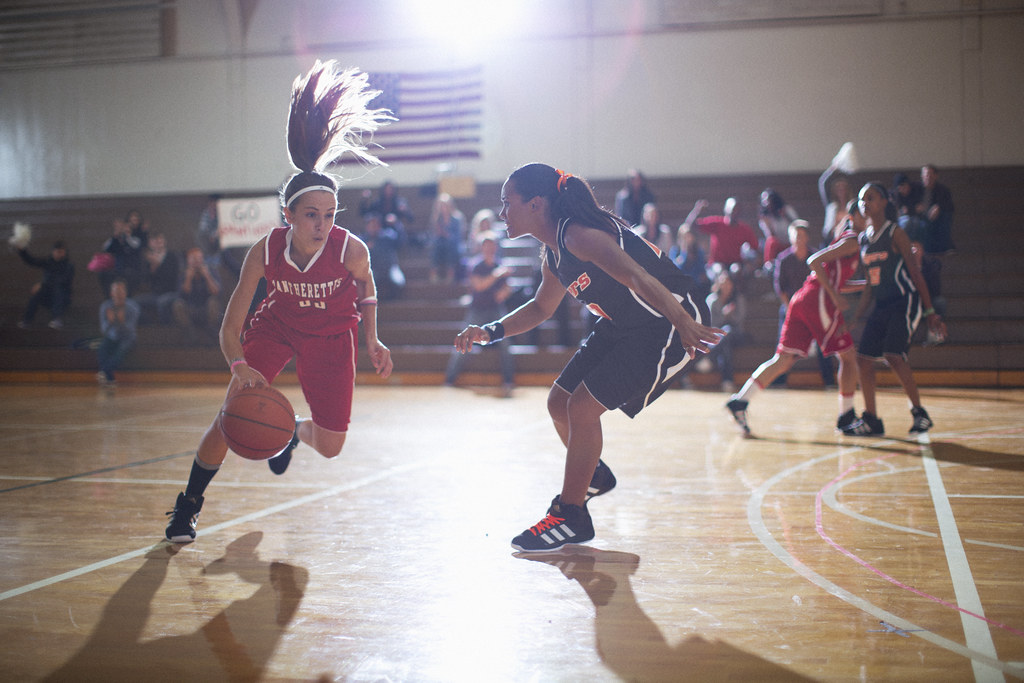 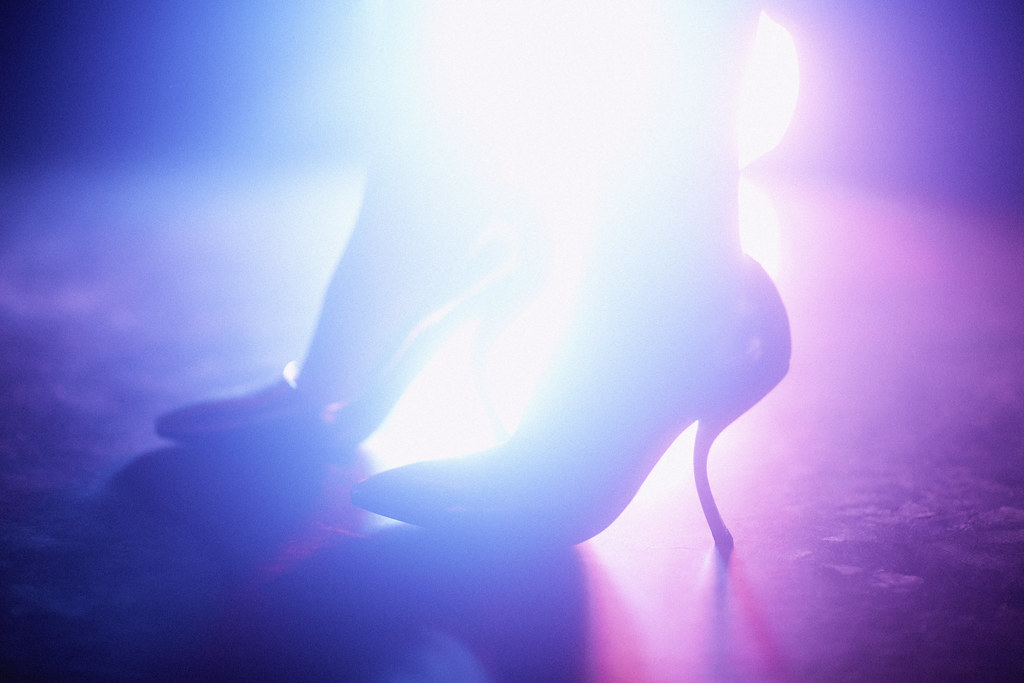 Yeah, exactly,“get out of here.” But whatever. One time I got in trouble because my friend’s parents found out we had a party at my friend’s house when they were out of town, that was the only real privacy thing, everyone was mad, I was just like “fuck, sorry guys, I didn’t know your parents read my blog.” I was like 16 or something. 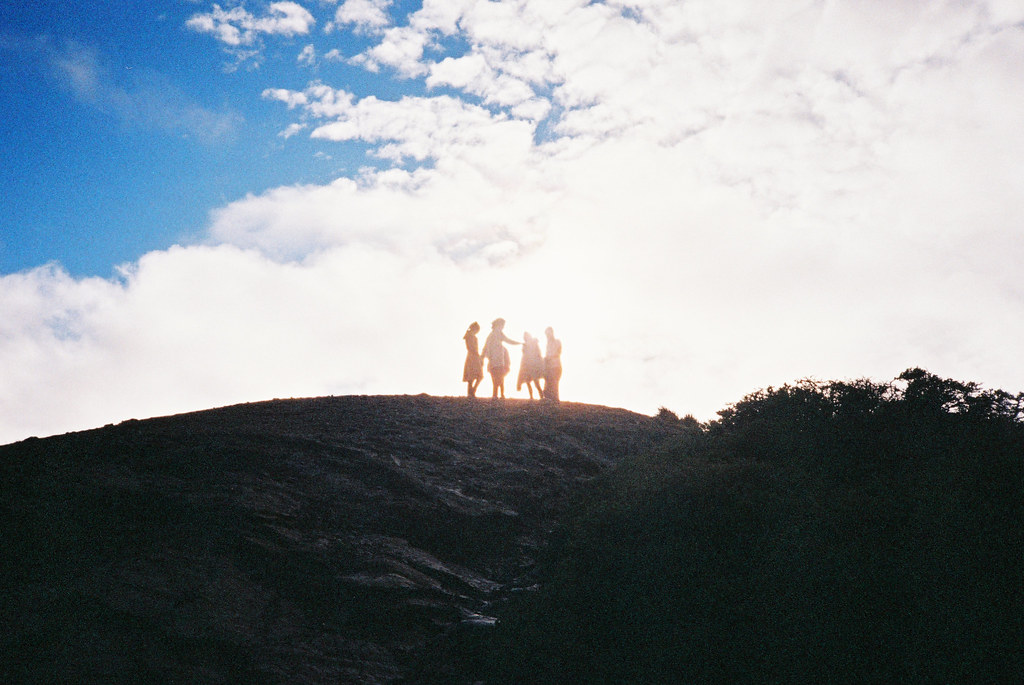 Worldwide “Concept Collaboration” launches with theme “The Catalyst of Light,” born out of the desire to see photographers around the world challenged to create from a place of dynamic, beautiful, and catalytic change.

Wilson Lam “2015 New Year Eve Firework by Wilson Lam on Flickr” Hello! My name is Wilson Lam, and I work on keeping the Pandas […]