“Fire is a scary phenomenon, definitely,” Kari Greer says. “But when I’m in the midst of the heat and the smoke, it’s just a sensation of complete awe.”

For the native of Boise, Idaho, working in the midst of a burning wildfire is just another day at office. As a wildland fire photographer, Kari has traveled across the country documenting unbelievable blazes and the men and women who dedicate their lives to fighting them every day. 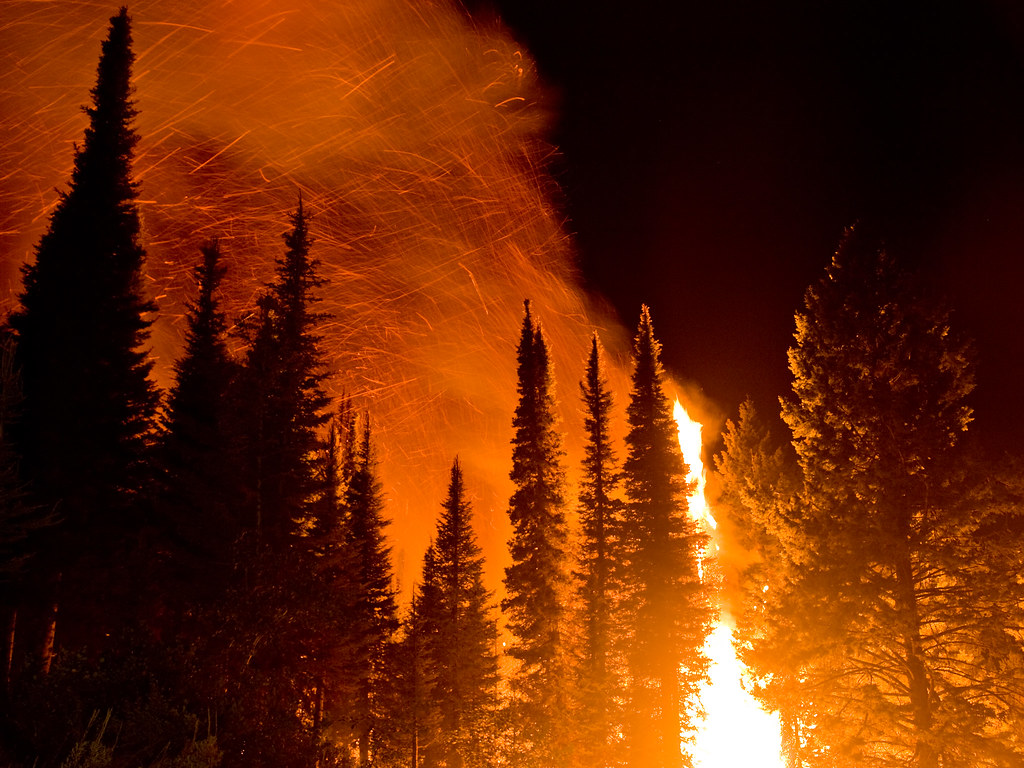 It all started during college when Kari got a summer job working on a trail crew … or so she thought. “It happened to be a very busy fire season out west, so when I arrived my boss said, ‘You’re actually on the fire crew. Here’s all your gear. You’re going to guard school tomorrow.’” After becoming a certified firefighter and going out on fires all summer long, Kari discovered a new passion. “I was just absolutely hooked,” she says.

Because she was a photography major in college, combining fire and photography was a natural progression for Kari. “When I began fighting fire, I realized this is absolutely the most photogenic thing I’ve ever seen,” Kari says. “It’s so colorful and vibrant, it’s almost like you can’t take a bad picture.” 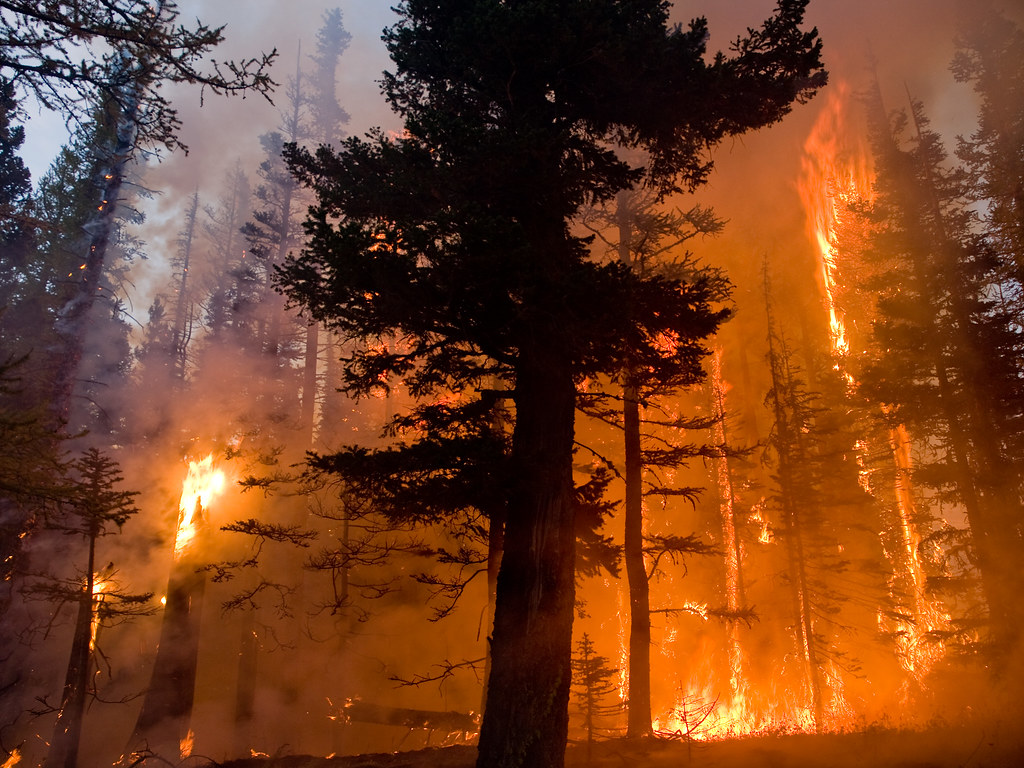 As a fire photographer, Kari works the same long hours as the wildland firefighters. A traditional fire shift can last up to 16 hours, and when Kari gets assigned to a fire, she could be on assignment anywhere from three days to two weeks. During that time, she’ll get up at 5:30 a.m. with the fire crew, attend daily briefings, and spend all day covering the action on the fire line, armed with at least two cameras and a variety of lenses. She’ll return to camp in the evening, offload her cards, refurbish her gear, eat dinner, and head to sleep before getting up to do it all again the next day. 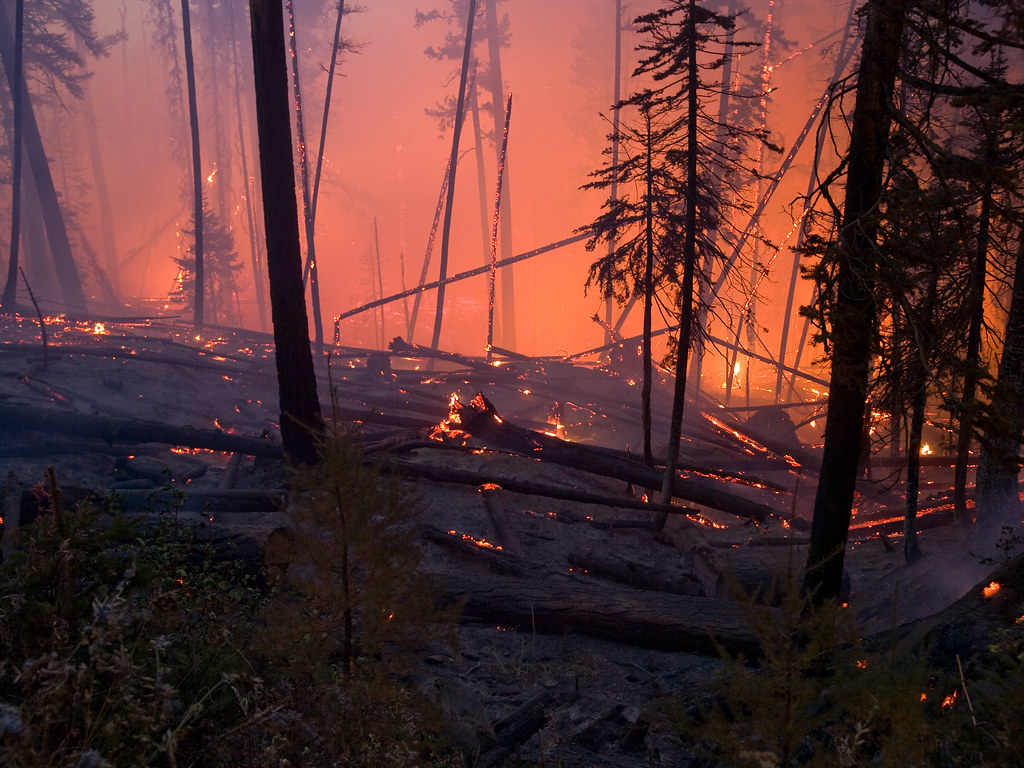 Under a contract with the United States Forest Service, Kari’s task is to put eyes on what wildland fires really look like for the media and the general public, and her images are also used for firefighter training purposes. Still, Kari thinks of her colleagues as her primary audience and seeks to illustrate their hard work so others can understand the sort of sacrifice the high-stakes job entails.

For Kari, being a part of an incredible community makes even the most grueling days worthwhile. “Firefighters are a family,” she says. “All that time working so hard, hiking so many miles, and sleeping on the ground really brings you together. You’re all looking out for one another in a dangerous environment. If there’s an accident or fatality, it’s like losing someone in your own family.” 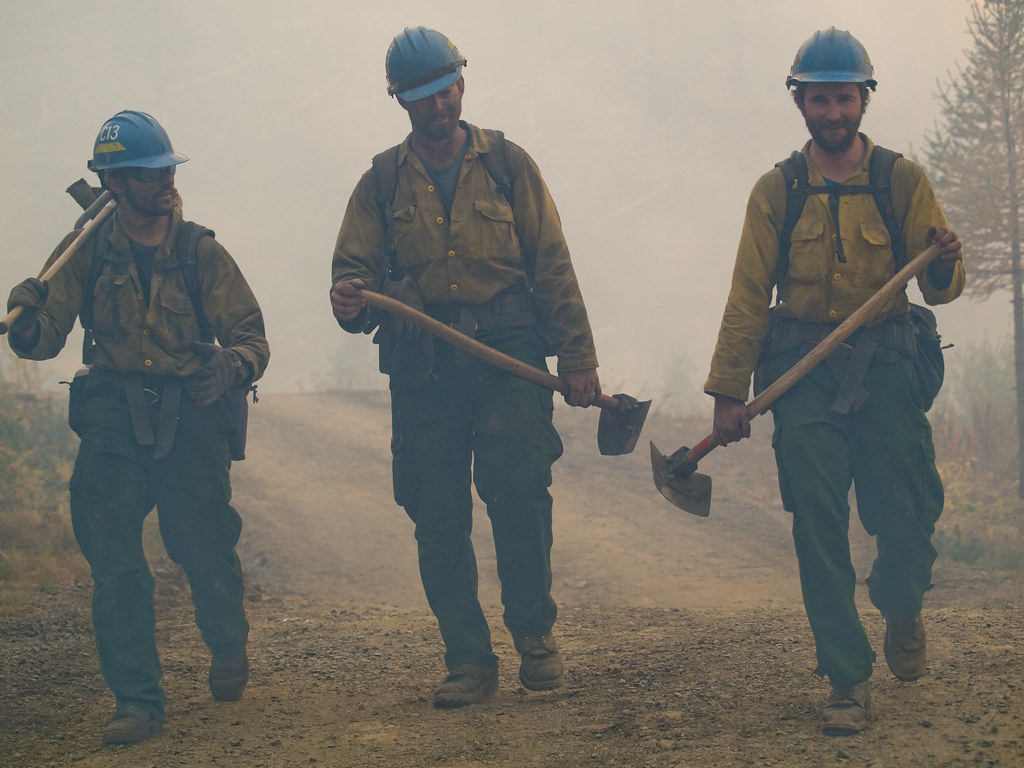 Kari thinks her photography can change people’s perspective on fire, because the average person isn’t aware of the sheer scale of fighting a natural phenomenon like a wildfire. “Underneath that giant column of smoke, there are a lot of people on the ground working very hard,” she explains.

Through her photography, Kari hopes that people can come to understand the amount of perseverance, dedication, and camaraderie that comes along with such an extreme job. Kari says that’s the sort of thing that never gets old. “Every day is new, something to learn, something to see,” she says. “I love it.” 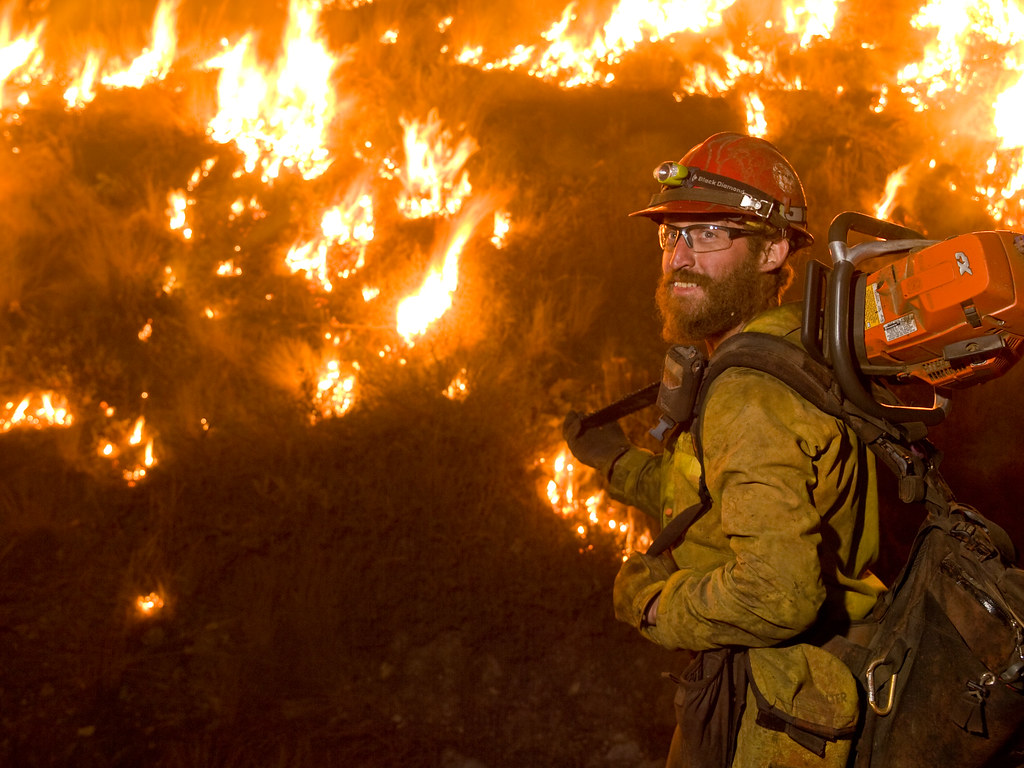