At FlickrHQ we were totally intrigued by #TheDress illusion. Was it white and gold, or blue and black? Opinion is strongly divided, voices have been raised and much confusion has followed.

Here’s our own attempt to clear it up by experiment. 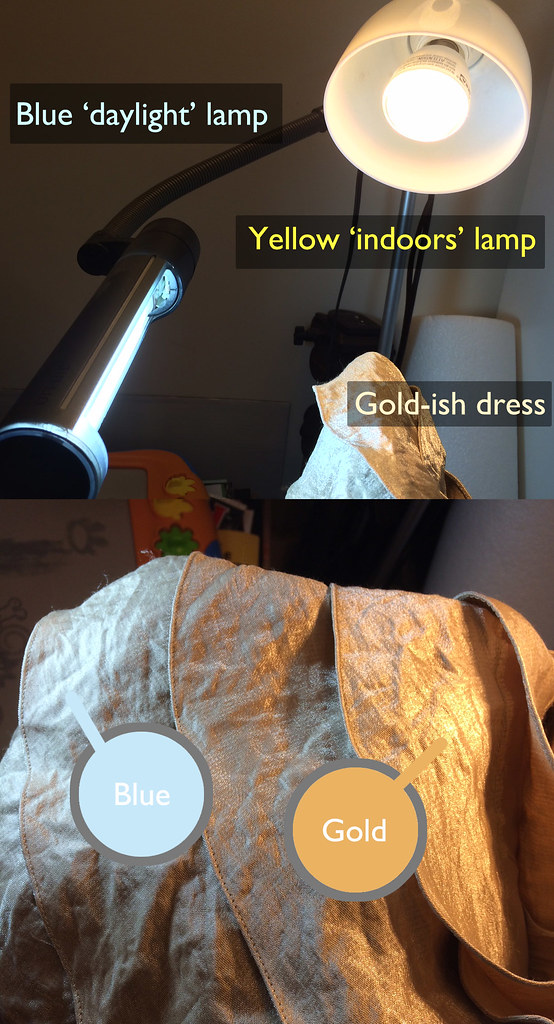 Add both a blue and a yellow light source and the camera will capture both yellow and blue tints – like the foreground and background of the dress picture. 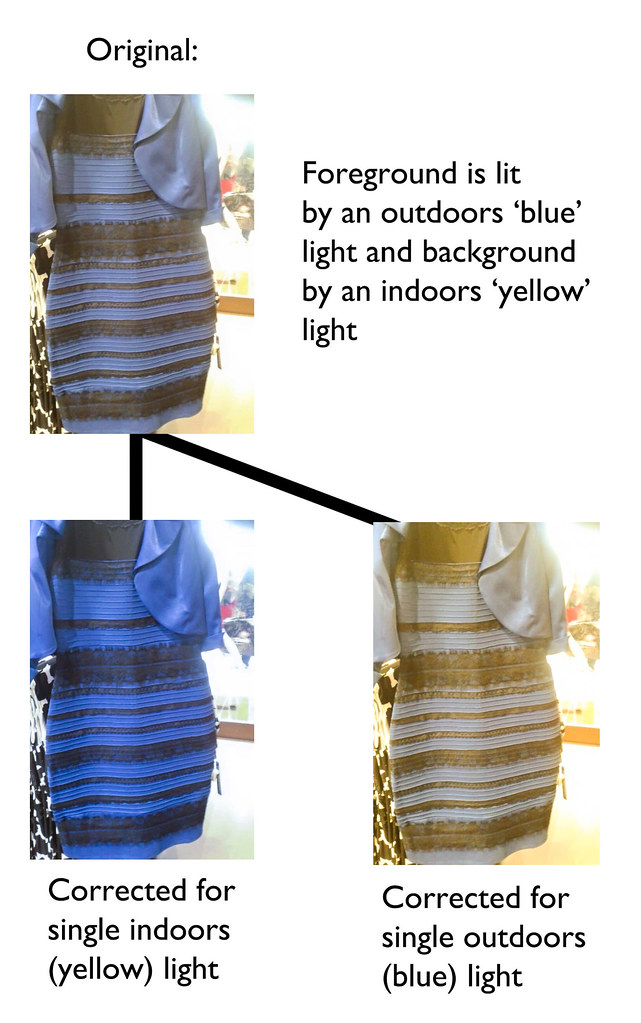 Here’s a video to illustrate the illusion in action:

The elephant silhouette stays the same color throughout the video; it’s a combination of blue and yellow tones (like the dress). When the elephant is up against a blue background (i.e. like daylight lighting) it appears strongly yellow and when it’s up against a yellow background (i.e. like it’s being illuminated by indoors lighting) it appears strongly blue.