“There’s a sense of identity that people associate with their belongings,” Jason Travis says. “What’s in your purse or your pocket or your backpack can represent something much larger.”

Jason is the artist behind “Persona,” a long-running photo series that features a portrait of an individual alongside a tabletop view of the contents of that person’s bag, neatly organized. 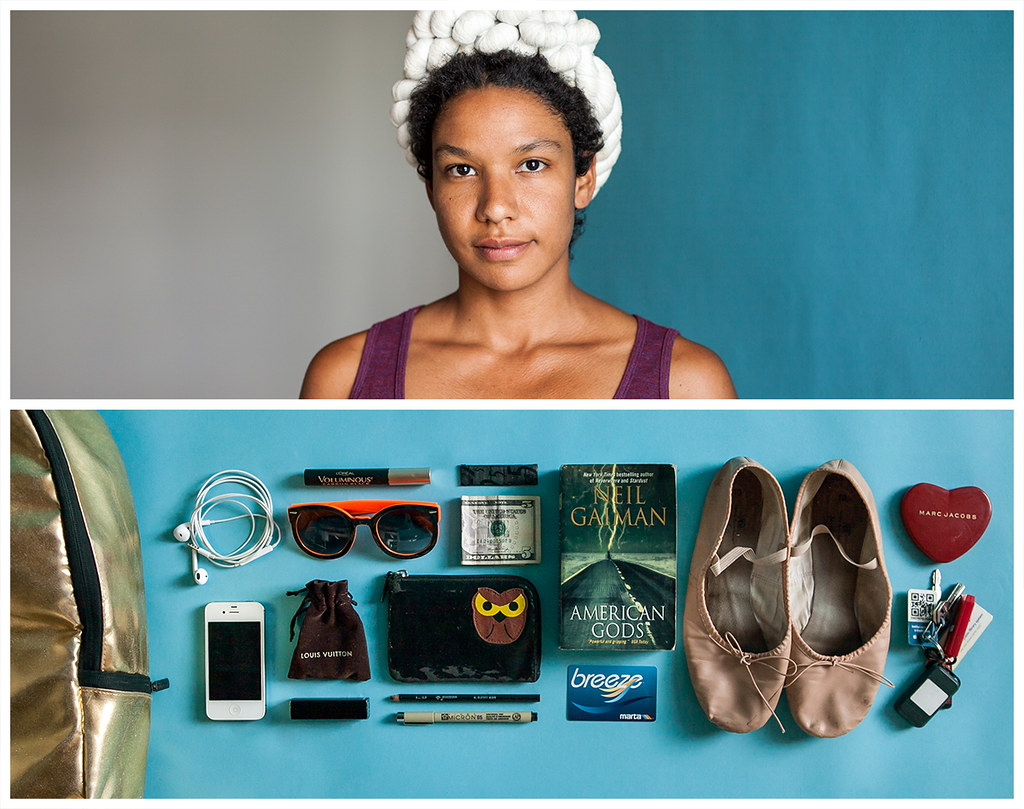 The “Persona” project was born out of a natural curiosity about what items people consider important to them. “I was always fascinated about what might be in someone’s bag,” the Atlanta-based photographer says. “What are their essentials that they carry with them every day?”

So seven years ago, Jason began approaching friends, acquaintances, and strangers. “I just started asking people to empty their bags, and people agreed,” he says. “The more photos I took, the more fascinated I became.” 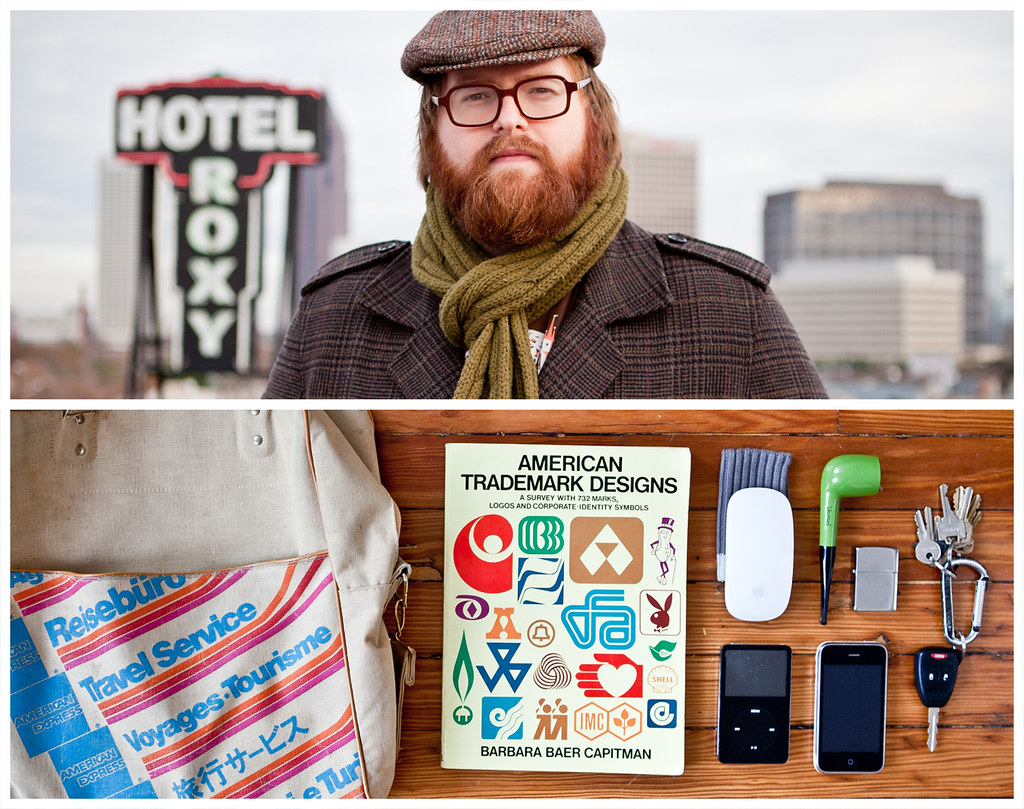 One of Jason’s favorite parts of putting the project together is the connections he gets to make with others of all different ages and backgrounds. “I’m always getting a fresh experience with each Persona that I take,” he says. “I talk to them about their day, I talk to them about where they’re at in their life. It’s quite magical to be able to interact on such a close level with each individual. You’re diving into their personal world, and that’s kind of special.” 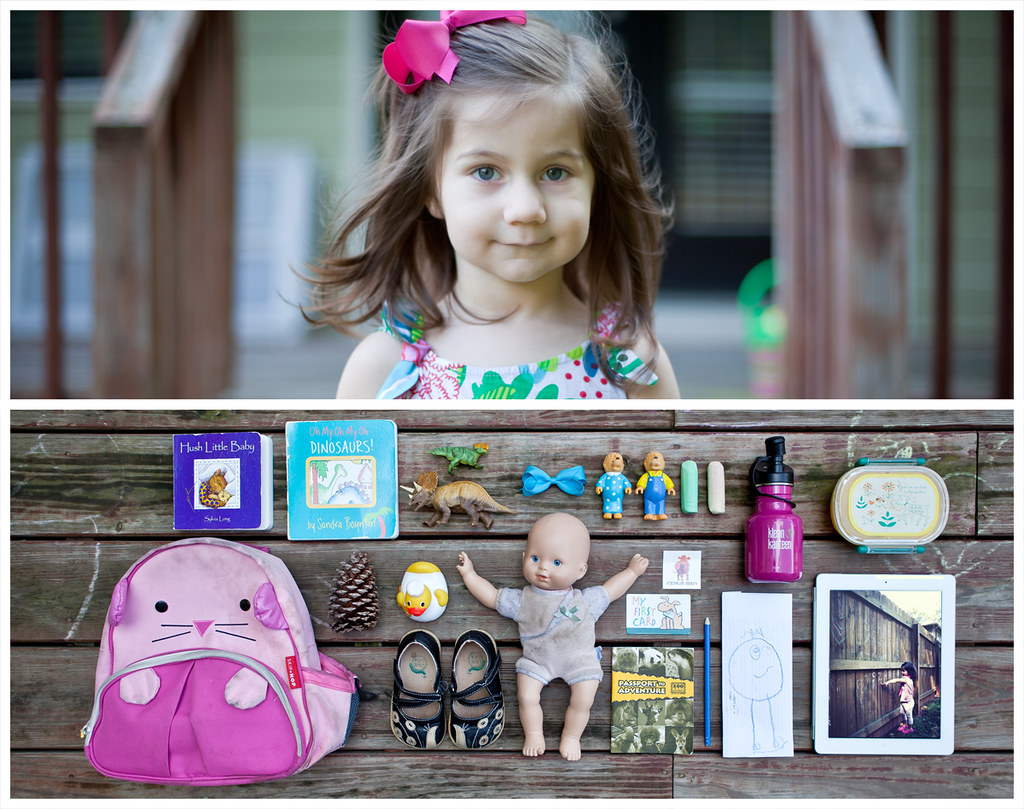 While Jason can sometimes predict what’s inside a person’s bag, he’s often surprised by the unexpected contents. “I’ve had a few folks that carry guns on them, and I had no idea,” he says. “Even things like not knowing that someone is a mother or a parent and seeing that they have a Barbie doll in their bag for their kid or some sort of other toy.”

Jason has also had the opportunity to take photos of celebrities over the course of the project. During a trip to Austin’s film, interactive, and music festival, South by Southwest, he set up a special “Persona” booth. “It meant a lot to me seeing Michael Stipe showing me what’s in his bag, also Nick Rhodes of Duran Duran, and John Oliver…that’s really cool.”

Jason’s always trying out new ideas and has even shot a number of fictional “Personas.” “One of my favorites is personifying dogs, like, ‘What would this dog carry with him?’” 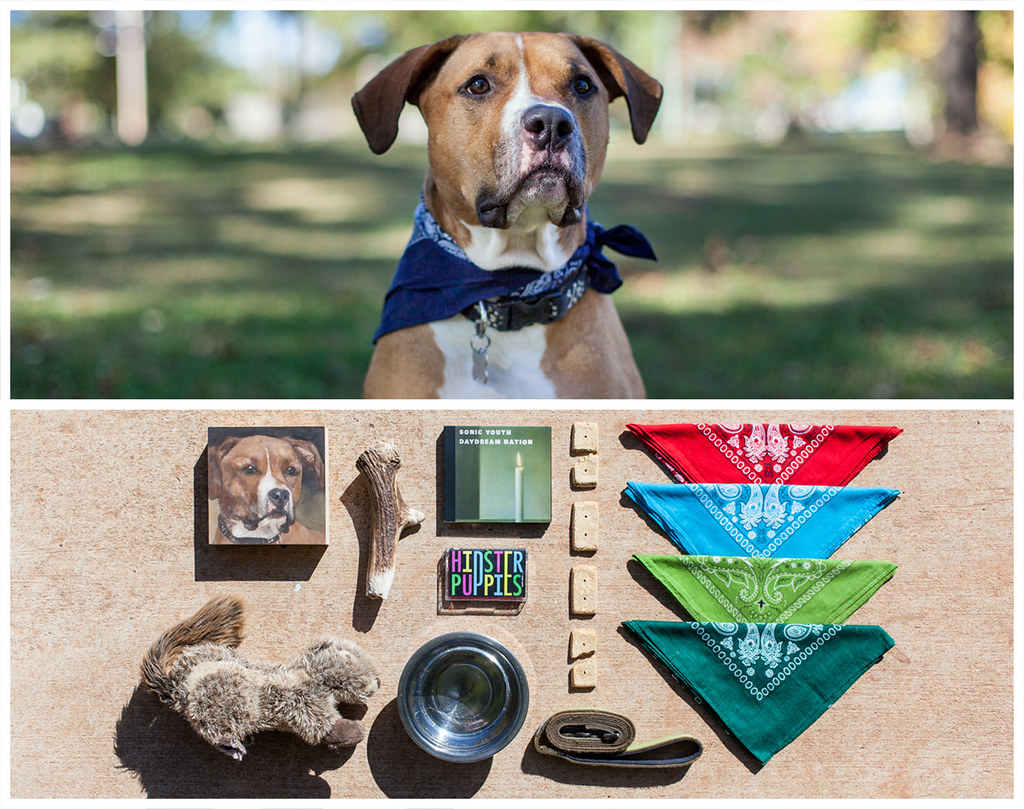 “Persona” has had a fantastic response over the years. The project has been featured on blogs, in books, in newspapers, and in abook. Students from all over the world have gotten in touch with Jason, inspired to do their own versions of the project. “It’s exciting to have people reach out to me and say that I’ve made a difference or I connected with them.” 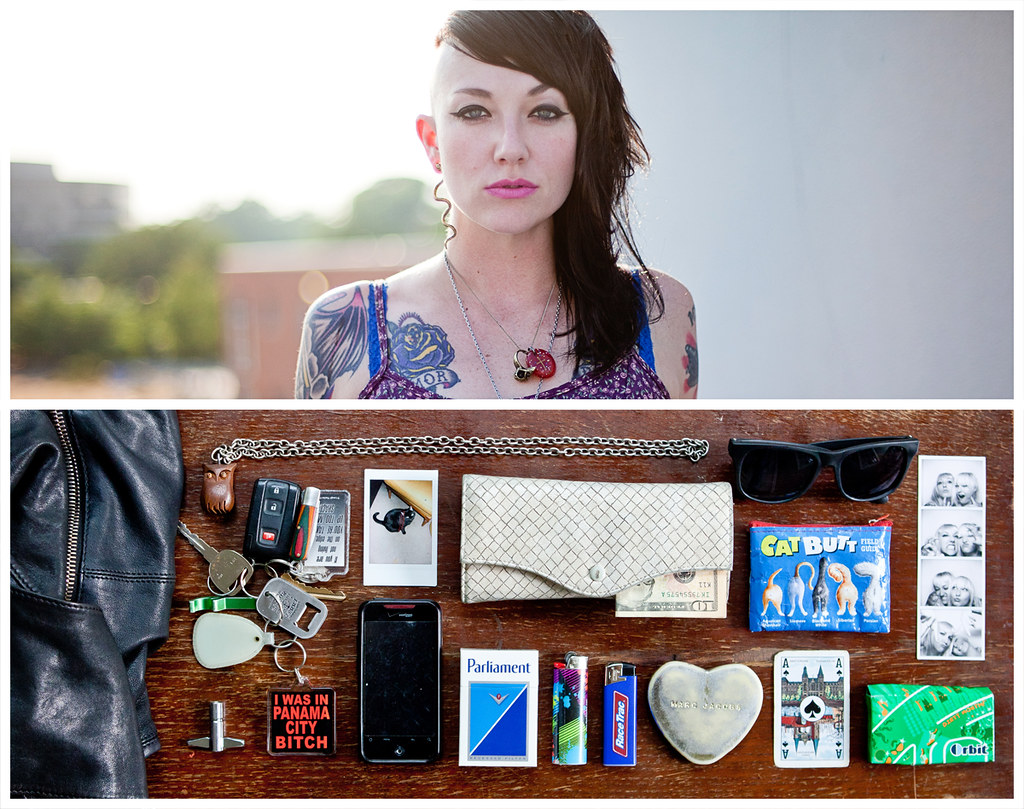 Over the course of the project, Jason has gained one particularly important takeaway. “I think the biggest lesson is that you can’t judge a book by its cover,” he says. “[The project] has helped me become not only a better photographer, but a better person.”

Jason has shot more than 400 people at this point in the series and says he has no plans to stop. He hopes to continue to connect with others and learn about people through their belongings. “The ‘Persona’ project, to me, represents humanity,” Jason says. “We’re always changing and growing, and this is a window into people’s lives.”