When Norah moved to Austin, Texas, she connected with Animal Trustees of Austin, an organization that provides treatment and resources for animals in the community, regardless of their owner’s income. “When I found out about that program, I was really inspired to connect with some people that used the services, and the project started there,” Norah says.

Norah created the photo series, called “Lifelines,” to honor the bond between members of the homeless community and their pets, and to illustrate that the connection between human and animal is a relationship universally understood. 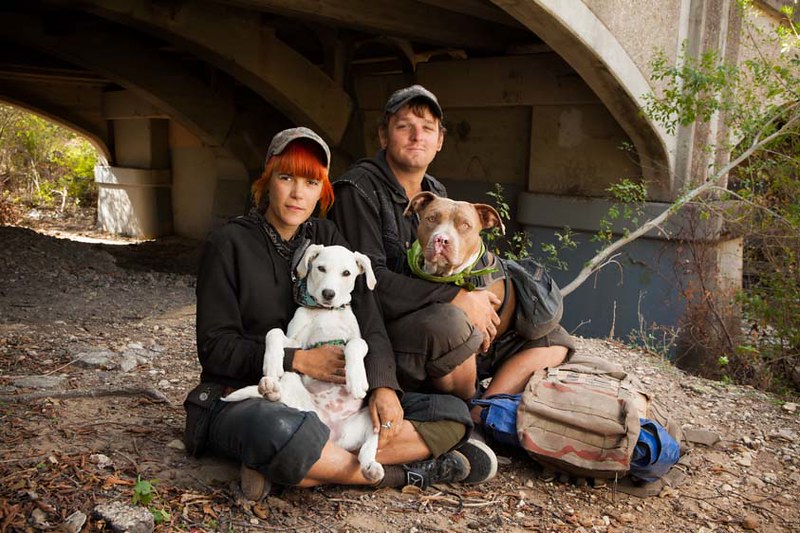 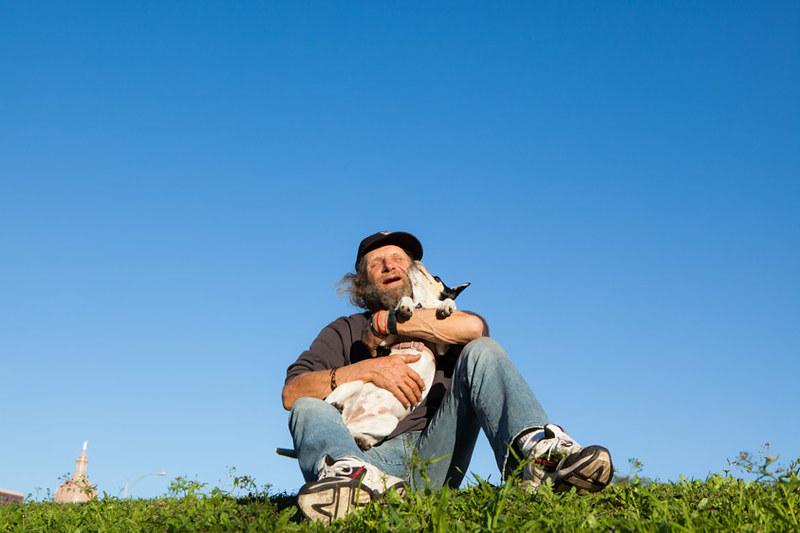 She teamed up with Gabrielle Amster, an Animal Trustees employee who served as the audio producer on the project. With every photo, Norah and Gabrielle recorded audio testimonials, asking their subjects to speak about their relationships with their pets.

It was important to Norah to be authentic to the environment of the people she photographed. “I wanted to photograph them in areas where they spent the night, where they just hung out, something that was significant to them,” she explains. “I didn’t take them to a place that looked pretty for a photograph.” She photographed her subjects in alleyways, on the streets, or under bridges, and took the opportunity to tell her subjects about Animal Trustees and the services they could receive. 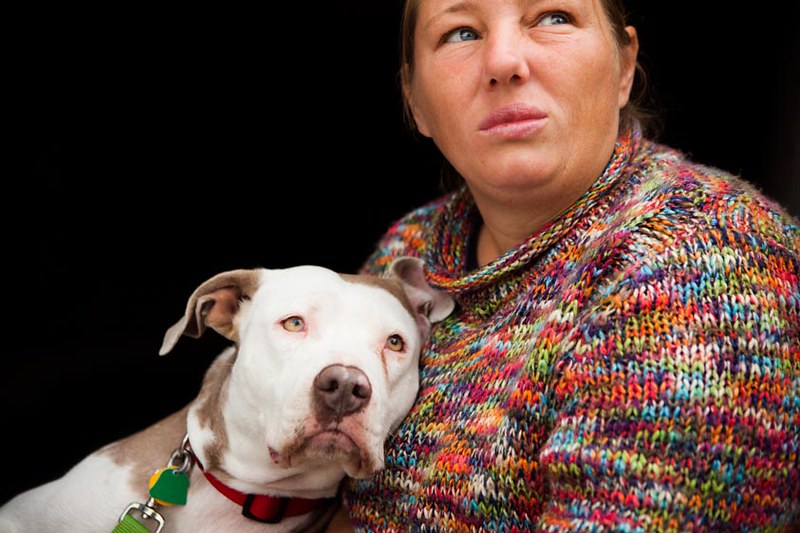 Norah met Sandra and her husband, Walter, at a homeless resource fair and set up a shoot with their newly adopted pitbull, Harley, in the culvert where they had spent the night. Norah learned that Walter had recently been laid off. “They did not choose homelessness,” Norah says. “They had a string of bad luck.”

Throughout the project, she was struck by the diversity of the situations she encountered. “I think I was most surprised by the fact that there are many reasons that people are homeless,” Norah says. “But, their connection with their animals is a constant.” 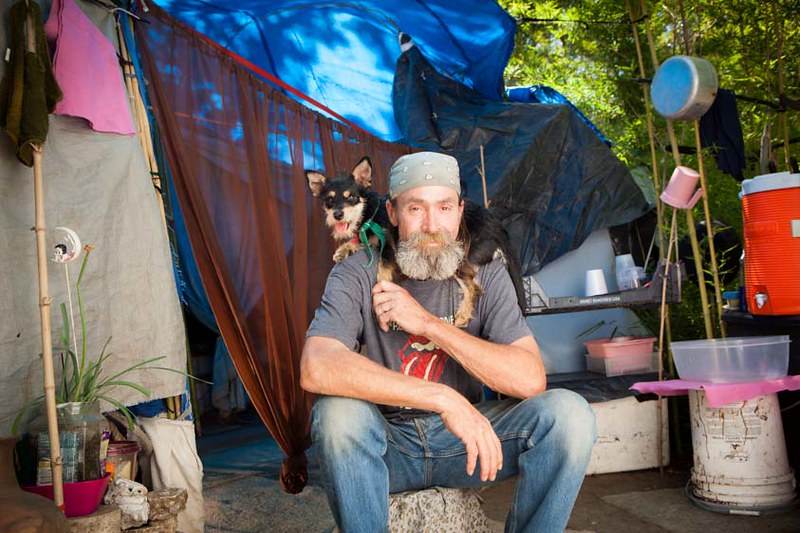 Norah quickly learned that the people she photographed knew their dogs’ birthdays, dates of their last vaccinations, and were devoted to caring for their animals. One of Norah’s subjects, Pops, explains his relationship with his dog, Wednesday. “She comes first before I do,” he says. “I always make sure she has food and water.” Sandra adds, “Just because we’re homeless [doesn’t] mean we can’t take care of our animals. We love them just like anybody would.” 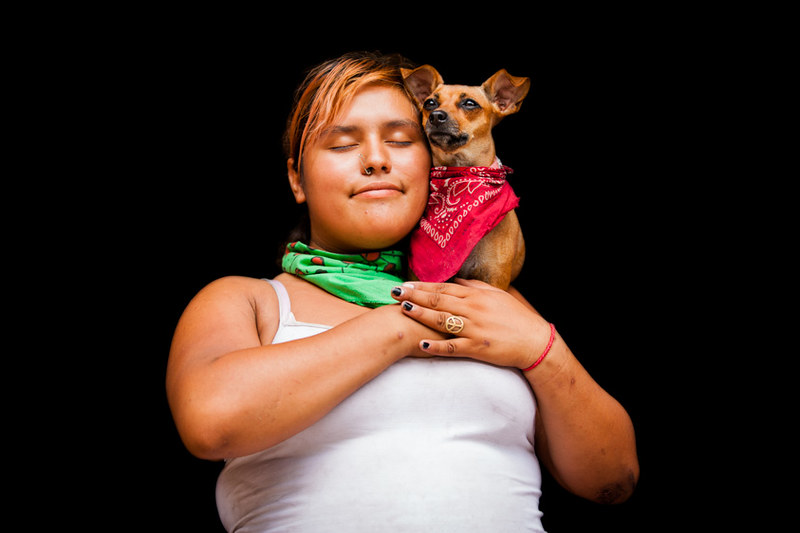 By illustrating the moving connection between the homeless and their pets, Norah says she hopes “to spread joy with these images.” “Homelessness, specifically, is not a joyful subject matter, but there are many sides to situations, and having an open mind and an open heart is really an important thing.”

Visit Norah’s photostream to view more of her photography.

Previous episode: Wonderful friendship between a photographer and her dog

Thanks to the invention of it. Almost everybody has one, and using it doing almost everything, from chat to each other to things far more beyond. Virtually no one could live without it in the modern world. It is #Phone, the theme for this week’s #TwitterTuesday.