With the announcement of our 100th Flickr Commons institution yesterday, we wanted to take a closer look at some of the stories behind iconic photos from the collection. This selection represents a few of our favorite stories, but we highly encourage you to explore the Commons further on your own. 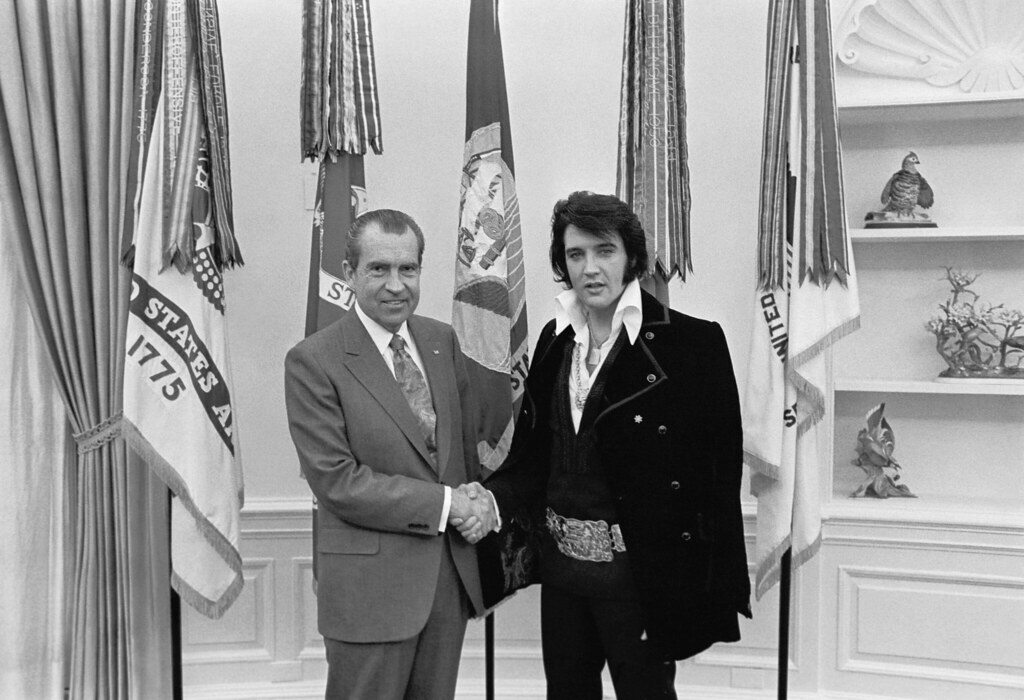 The U.S. National Archives, Richard M. Nixon and Elvis Presley at the White House, December 1970. Elvis Presley was famously obsessed with police badges, owning a huge collection of them. A notable hole in his collection was a badge from the then Federal Bureau of Narcotics and Dangerous Drugs (a predecessor of the DEA); he reportedly believed that “..with the federal narcotics badge, he could legally enter any country both wearing guns and carrying any drugs he wished.” On an overnight flight in an impromptu visit to Washington D.C., Elvis wrote a note to President Nixon requesting a meeting so he could get a “narc badge.” The visit was arranged the same day. A remarkable description of the meeting can be found here. 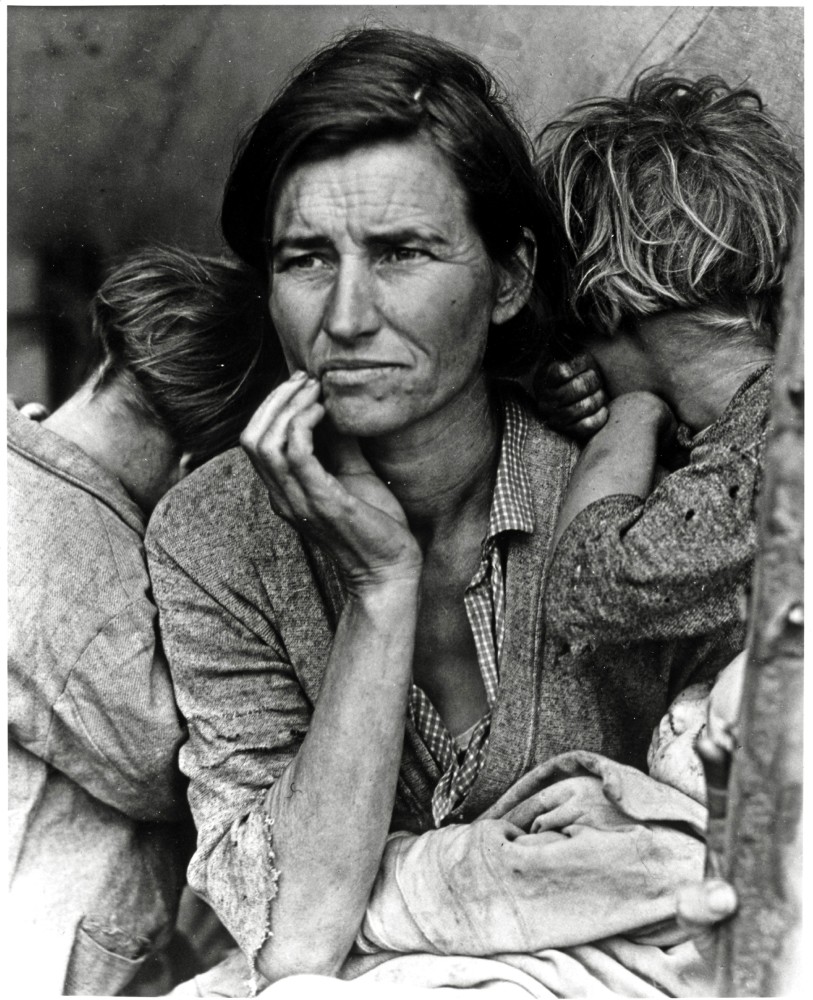 George Eastman House, Migrant Mother, Nipomo, California, 1936. This stunning portrait of the human face of the Great Depression in 1930’s America is popularly known as Migrant Mother. Commissioned by the Resettlement Administration to document migrant farm workers in California, Dorothea Lange (a remarkable photojournalist and major early influence in documentary photography) came across the destitute Florence Owens Thompson and her family, and shot a series of portraits. This image, and Lange herself, became a subject of controversy when Florence Thompson was rediscovered in 1978. About the picture, she said “I wish [Lange] hadn’t taken my picture. I can’t get a penny out of it. She didn’t ask my name. She said she wouldn’t sell the pictures. She said she’d send me a copy. She never did.” (source). 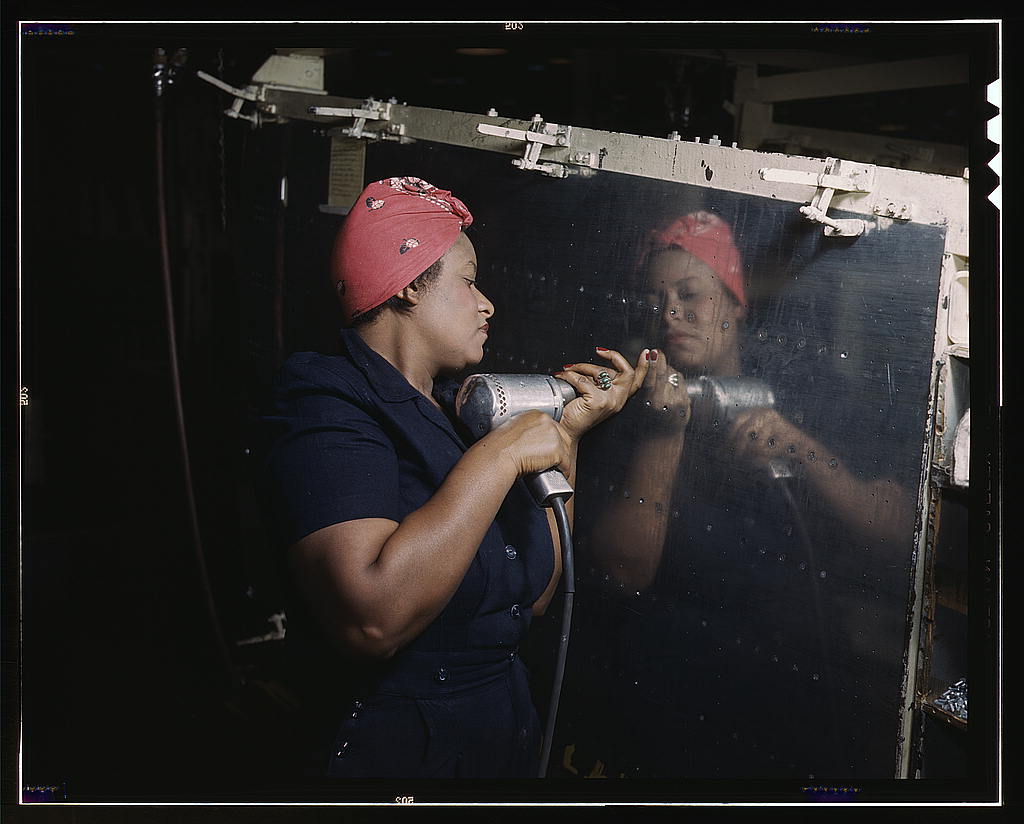 The Library of Congress, Operating a hand drill at Vultee-Nashville, woman is working on a “Vengeance” dive bomber, Tennessee (LOC), 1944. Rosie the Riveter became an iconic cultural idea in World War II in the United States. As significant chunks of the labor force were outside of the country, all parts of the population – notably women and people of all races – became involved in traditionally male-dominated fields, including aircraft and munitions factories. Sadly the name of the subject in this photograph is unknown. 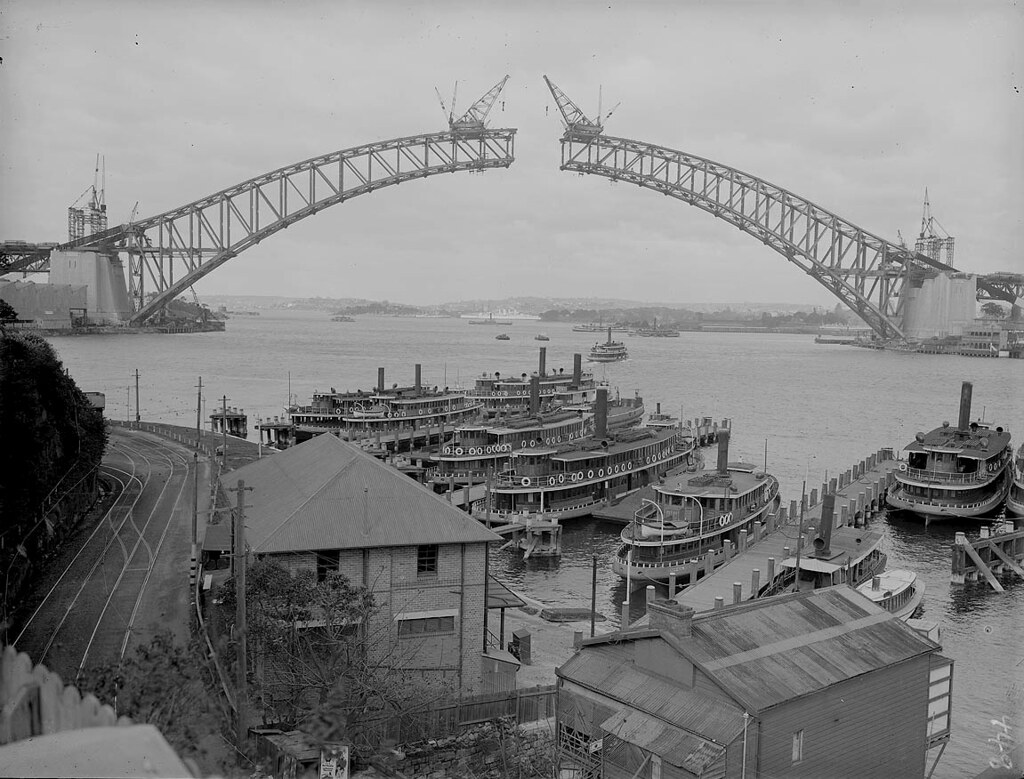 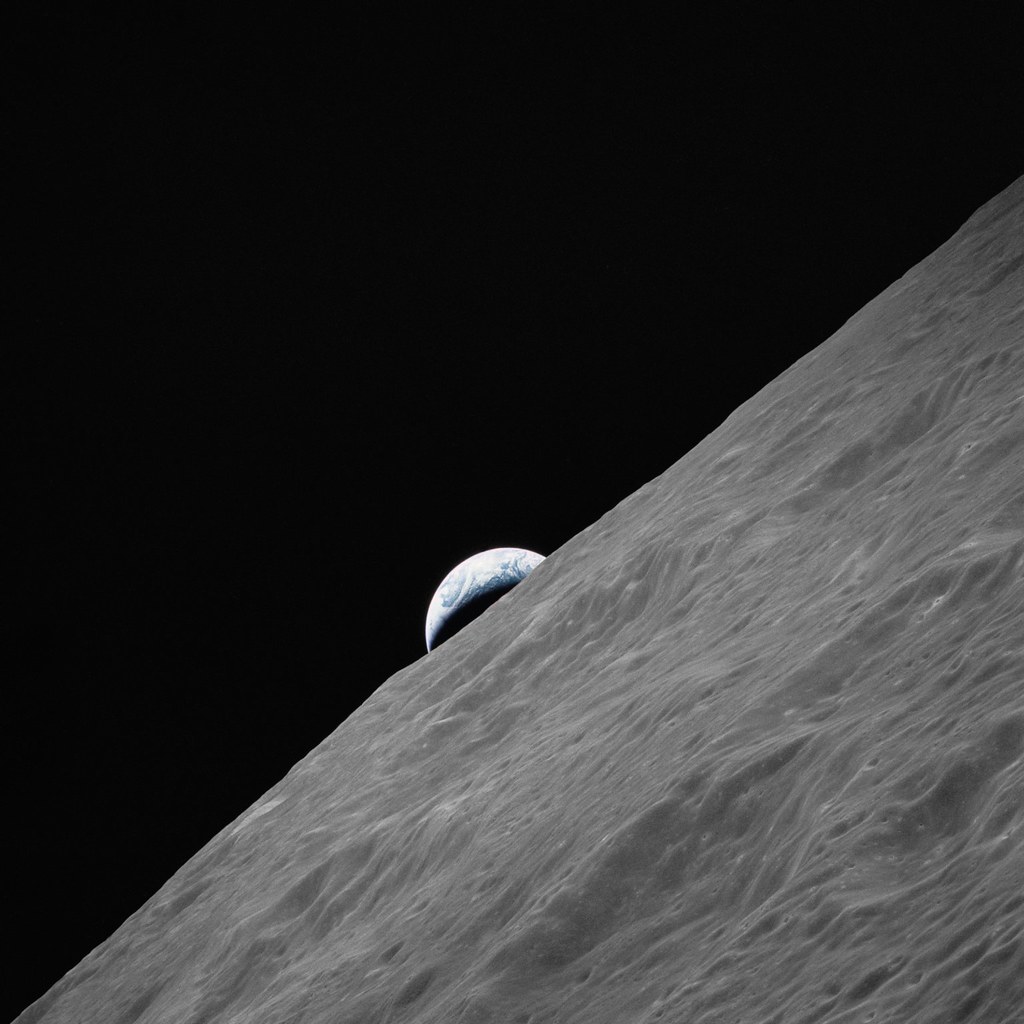 NASA on The Commons, Cresent Earth rises above lunar horizon, December 1972. This remarkable image of Earthrise was taken by astronaut Ronald E. Evans in the command module of Apollo 17 orbiting the moon while his colleagues were descending to the surface in the lander module. 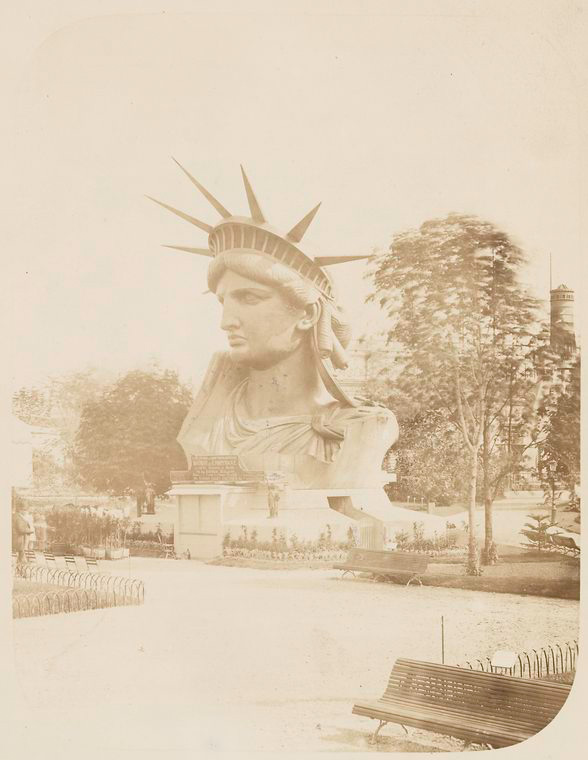 New York Public Library, Head of the Statue of Liberty on display in a park in Paris, 1883. The Statue of Liberty was not a gift from France to America – it was the brainchild of sculptor Frédéric-Auguste Bartholdi. He made several trips to the United States from France to pitch his idea of “Liberty Enlightening the World” to leaders of several cities. In 1872, he partnered with Edouard de Laboulaye to create the Franco-American Union, which raised funds to build the statue. In 1878 the statue’s head was on display for the Paris Exposition (the image above), and in 1884 the completed statue was on display in a courtyard next to Bartholdi’s studio – with a massive funding shortfall to get it to the United States. Joseph Pulitzer, owner of the daily tabloid New York World launched a campaign to raise funds to finish the project. Hundreds of thousands of dollars from private citizenry was raised as well as a significant donation from a laxative maker that advertised on the pedestal of the statue for a year. In 1886, ten years late, the statue was finally erected on Bedloe’s Island in New York Harbor. 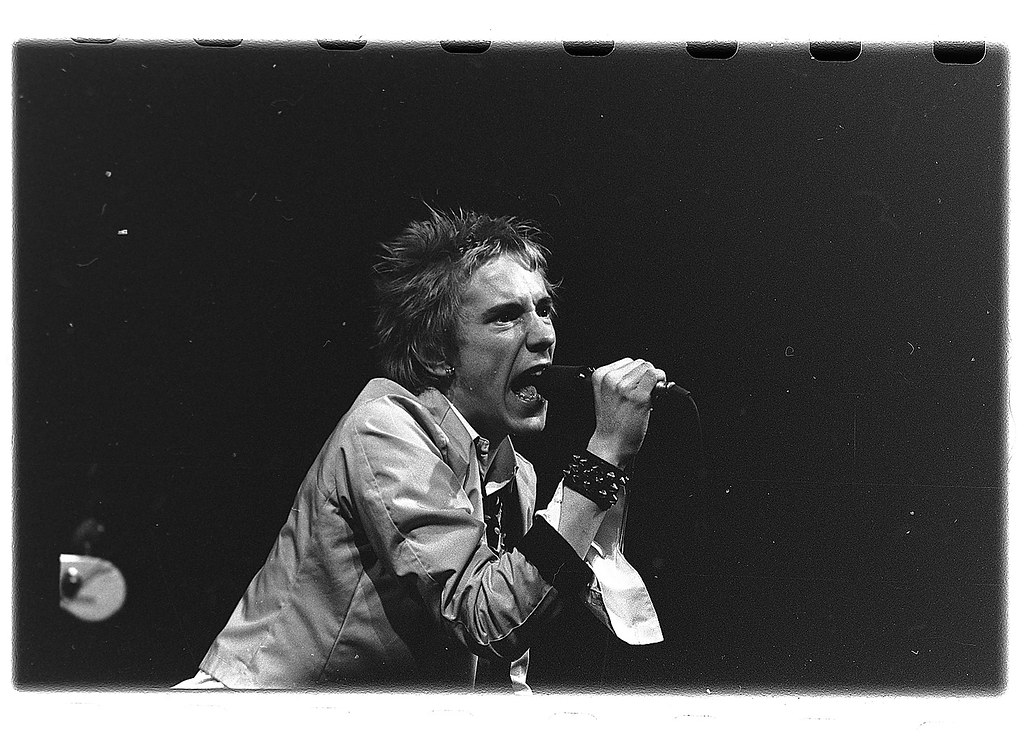 National Archives of Norway, Sex Pistols i Norge, 1977, 1977. Johnny Rotten of the Sex Pistols performing at the Student Union in Trondheim, Norway, 1977. 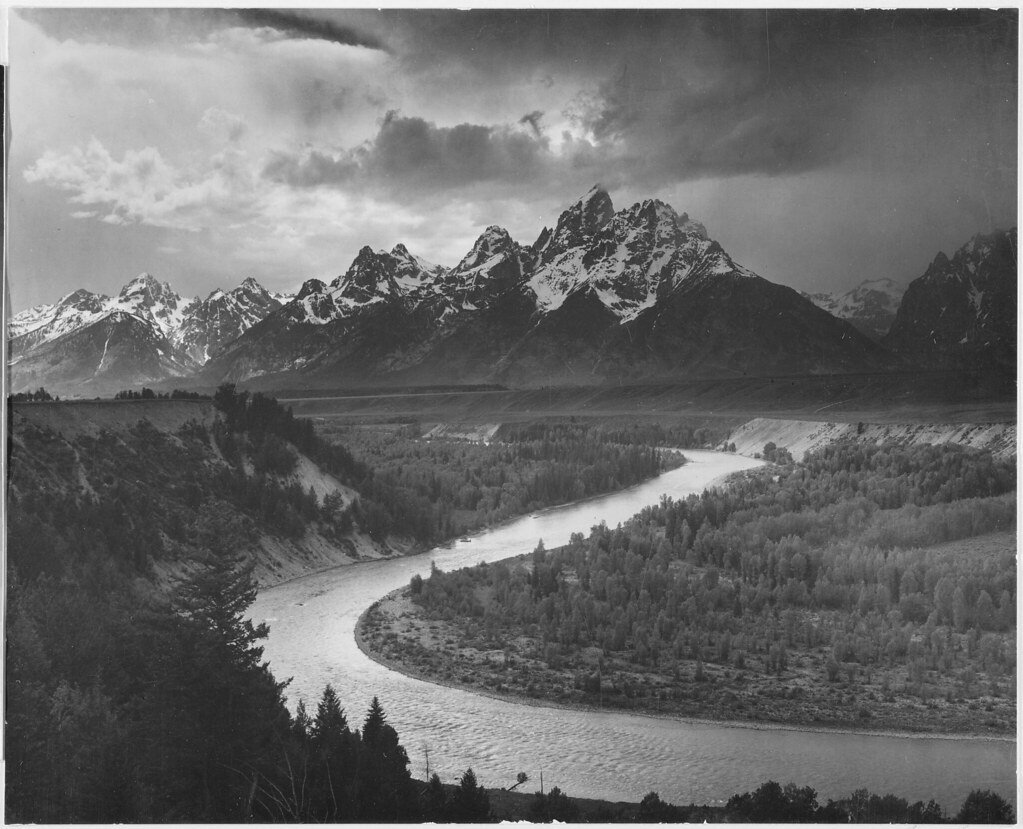 The U.S. National Archives, “The Tetons – Snake River,” Grand Teton National Park, Wyoming., 1941. In 1941, legendary landscape photographer Ansel Adams was commissioned by the Department of the Interior to take photographs of National Parks and reservations. This striking example of Adams’ mastery of landscape photography became one of the few images stored on a Voyager Golden Record: phonograph records containing records of life and culture on Earth and placed aboard Voyager 1 and 2. 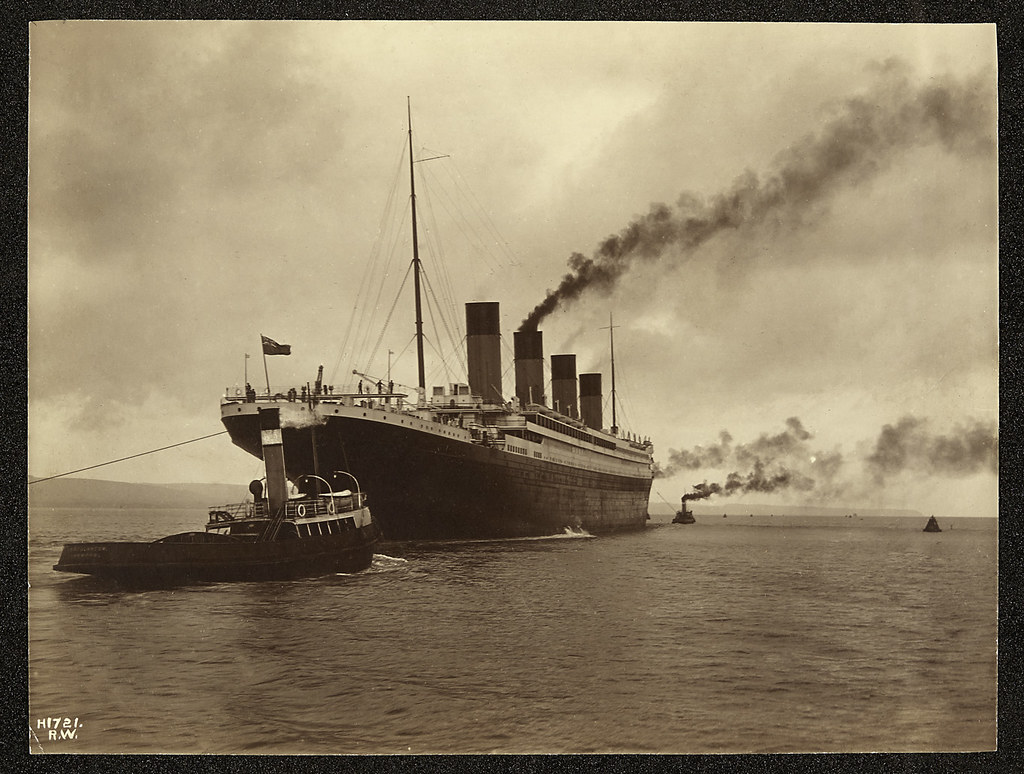 Public Records Office Of Northern Ireland, Titanic, 1912. Built in Belfast, the RMS Titanic was the largest ship of its era. This is an image of the Titanic leaving for a day-long sea trial, where it was declared seaworthy. 12 days later and 5 days into its maiden voyage, the Titanic struck an iceberg and sank. 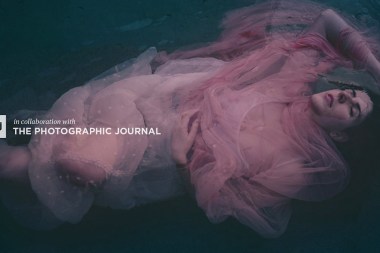 This week we’re proud to feature an interview from The Photographic Journal with Alexandra Benetel, one of the winners of the inaugural Flickr 20under20.