Sam Spratt’s illustrations will make you look twice. The New York-based artist creates unbelievable digital portraits of celebrities, icons, and figures. “Many people ask, is this oil, is this pastel?” he explains, “I think digital painting is still fairly new in art, but eventually, it will just be another medium.”

Sam attended art school at the Savannah College of Art and Design in Georgia, where he studied oil painting, training in old-master techniques dating back to the Baroque and Renaissance periods. “It was very messy and stained everything I owned,” he says.

When he learned he could achieve a similar look with digital painting on tablets, he was hooked on the new technique. “It really struck a chord with me,” he says. “The process is very similar to traditional painting, but you can make changes easier and do it in this kind of synthetic and clean environment.” 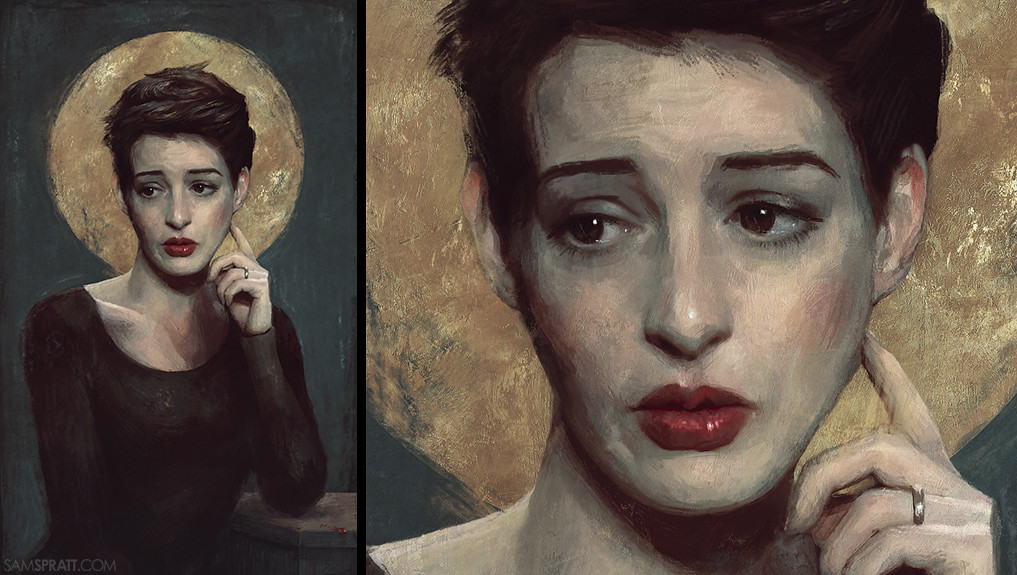 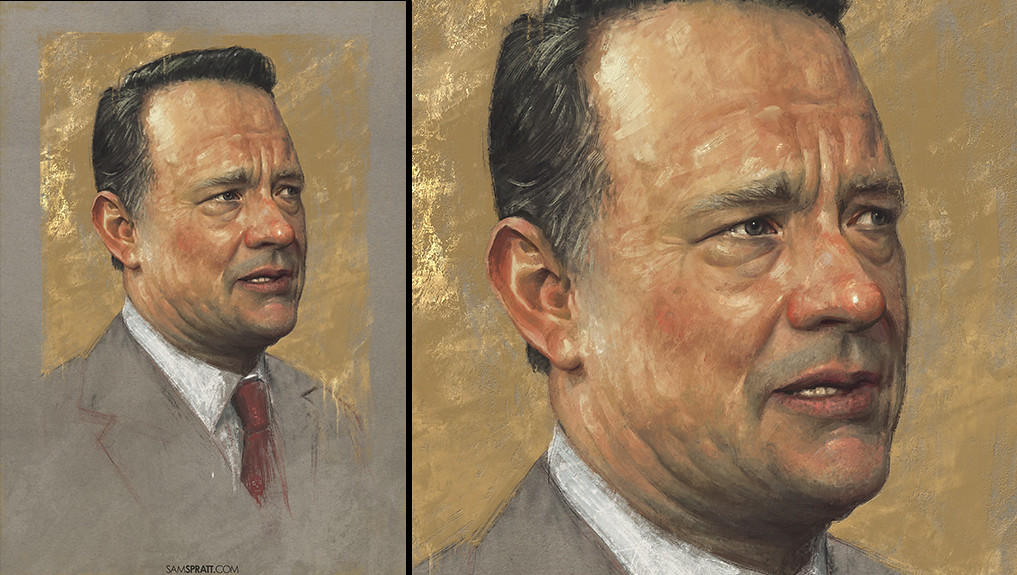 As a TV and movie fan, Sam was initially interested in painting celebrities for the recognition factor. “There was this sort of shared appreciation,” he says. In art school, one of the first oil paintings he made featured the actor Sir Ian McKellen, and after his classmates responded well to the piece, he began painting more stars.

As he started to post his art online, he gained a following he never expected. “Now and then, they’d get thousands, maybe millions of interactions,” he says. The exposure was enough to catch the eye of music labels and major networks, who were able to commission him for work, including the opportunity to design the cover of Janelle Monáe’s second studio album. 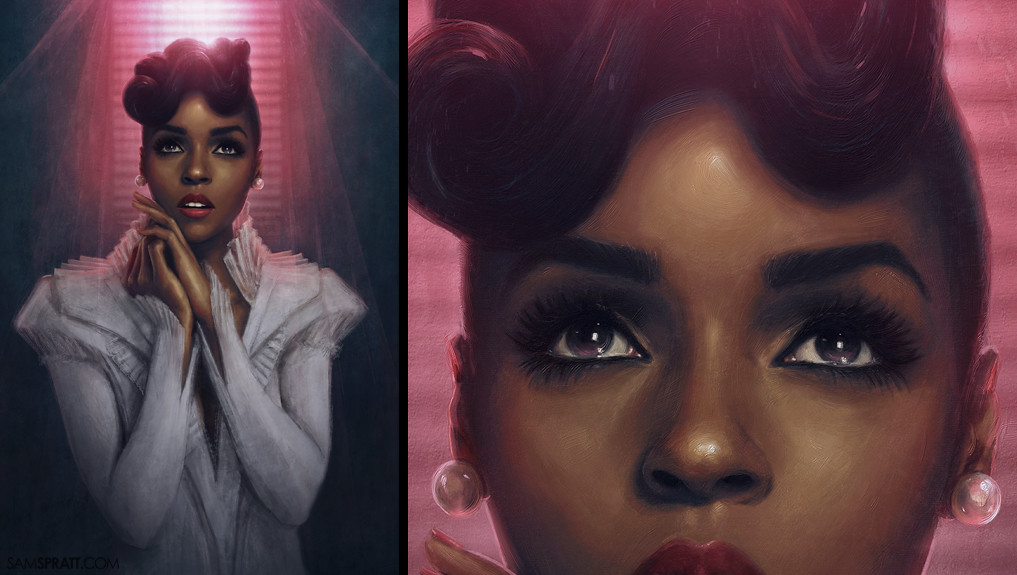 “Creating Janelle Monáe’s ‘The Electric Lady’ album cover was a multi-month process,” he says, “simply because it was a very elaborate image. The degree of realism that they wanted was something higher than I honestly thought that I could do.” He was given thousands of photos for reference and various texts on Monáe’s background to read to help create the cover. It took hundreds of revisions before he arrived at the final version. 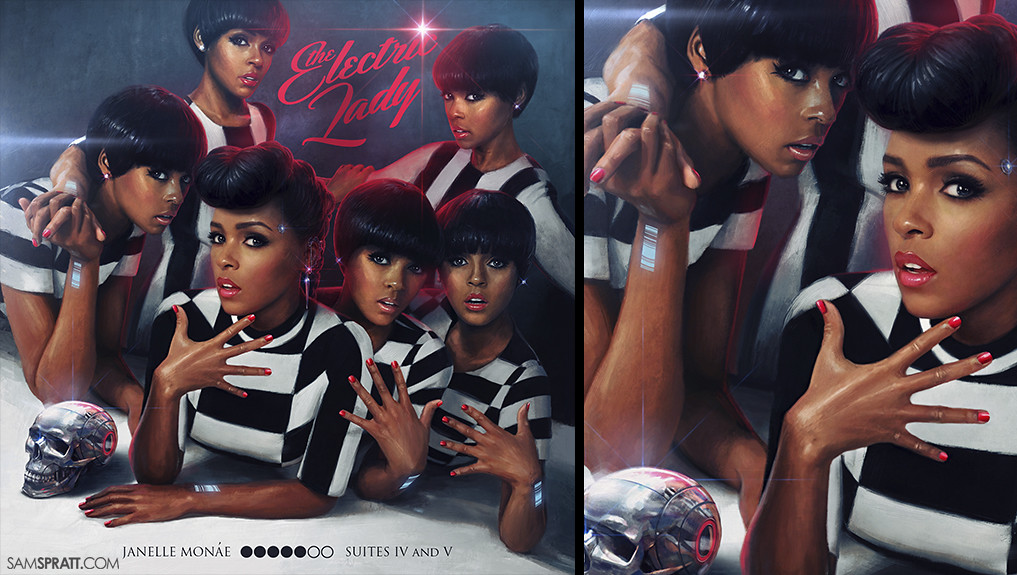 The album cover depicts Monáe’s alter ego, Cindi Mayweather, and her five sisters in different poses, wearing similar outfits. “All of the different versions of her on the cover are within her fictional universe that she paints through all of her music,” Sam explains.

As the album was launching, Sam received a surprise note from Monáe. “I got an email from her saying that ‘Prince wanted me to tell you that he loves your art,’” he says. “This was about midnight and I was almost asleep, and I just sort of sat up, like, “Ah! Prince!’ To have the person I respect most in the music industry say that about my work meant a lot.” 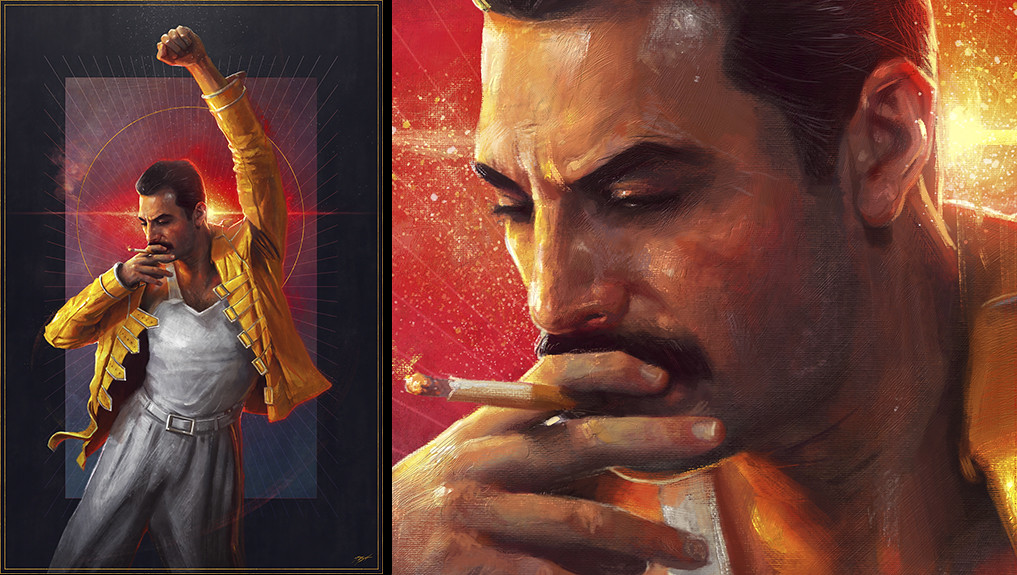 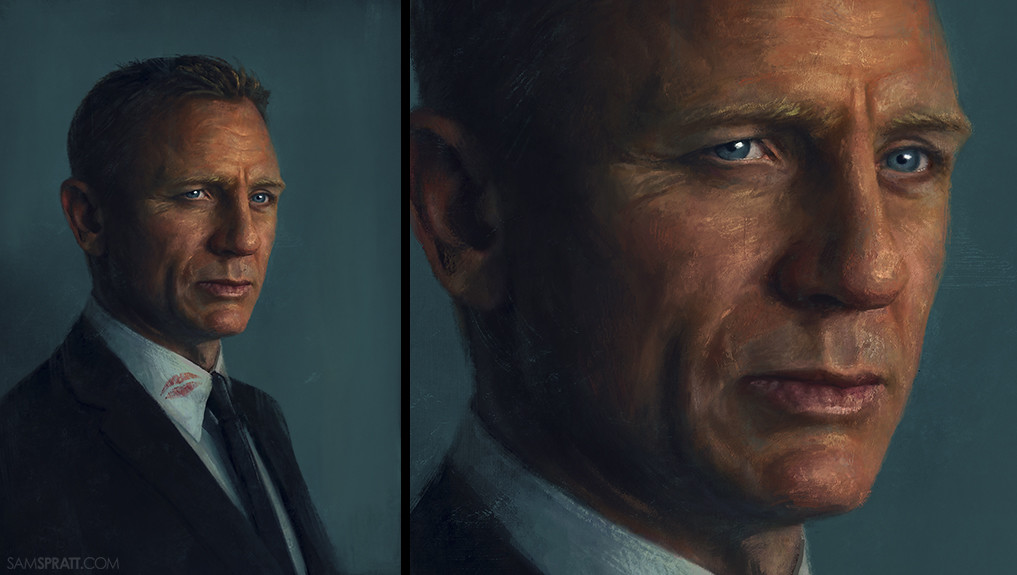 Sam is grateful to be able to make a living out of his passion for art. “I love the act of creating,” he says. “All the little details, the way light falls on a face, and getting to do that every day, I feel extremely fortunate.”