It’s no surprise that the daily demands of raising 10 children would keep professional photographer Lisa Holloway incredibly busy, but the Kingman, Arizona, mom wouldn’t have it any other way. “Being a mother is the most fulfilling thing I’ve ever done in my life, and I can’t imagine anything that would be better than this,” she tells The Weekly Flickr.

Like most parents, Lisa had always enjoyed taking pictures of her children, but she didn’t approach photographing them as a serious endeavor until she was pregnant with her fifth child. “I think it just started with wanting to have [photos of] higher quality than snapshots,” she says. “Something that they can hand down to their kids, and that will become family heirlooms, hopefully.” 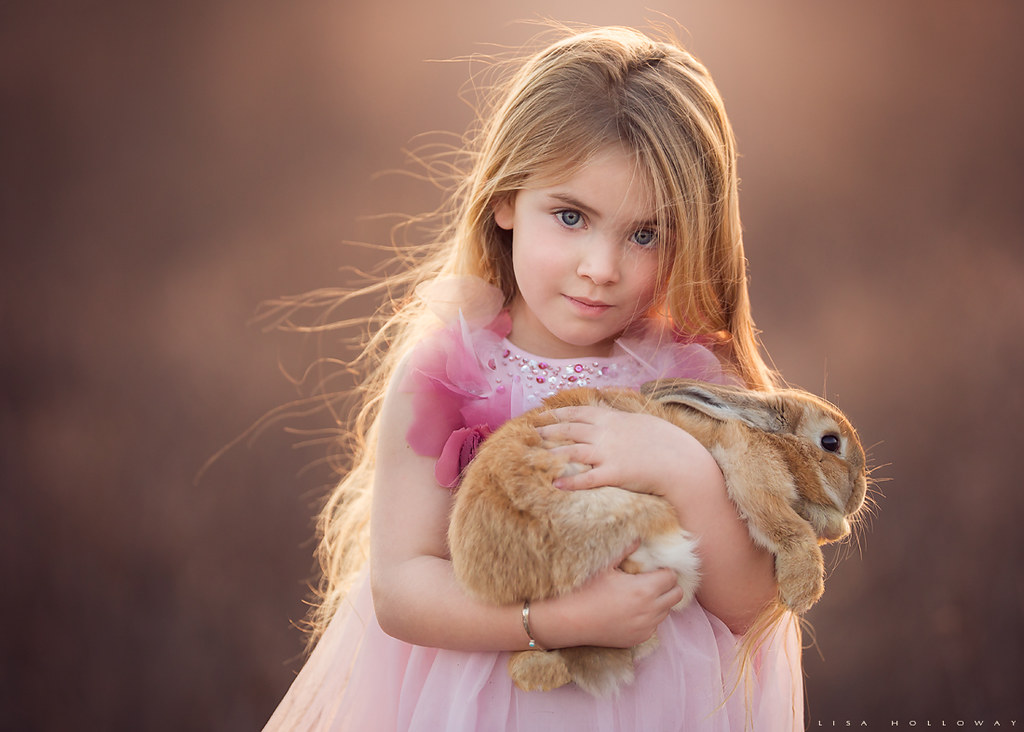 With seven boys and three girls, ranging in ages from 1 to 17, life in the Holloway home can feel like a blur. Photography has become Lisa’s way of freezing time, and savoring memories of her kids’ evanescent childhoods. “When I look at my photos, I want to be able to look into the eyes of my kids, and see a little piece of their soul,” she says. 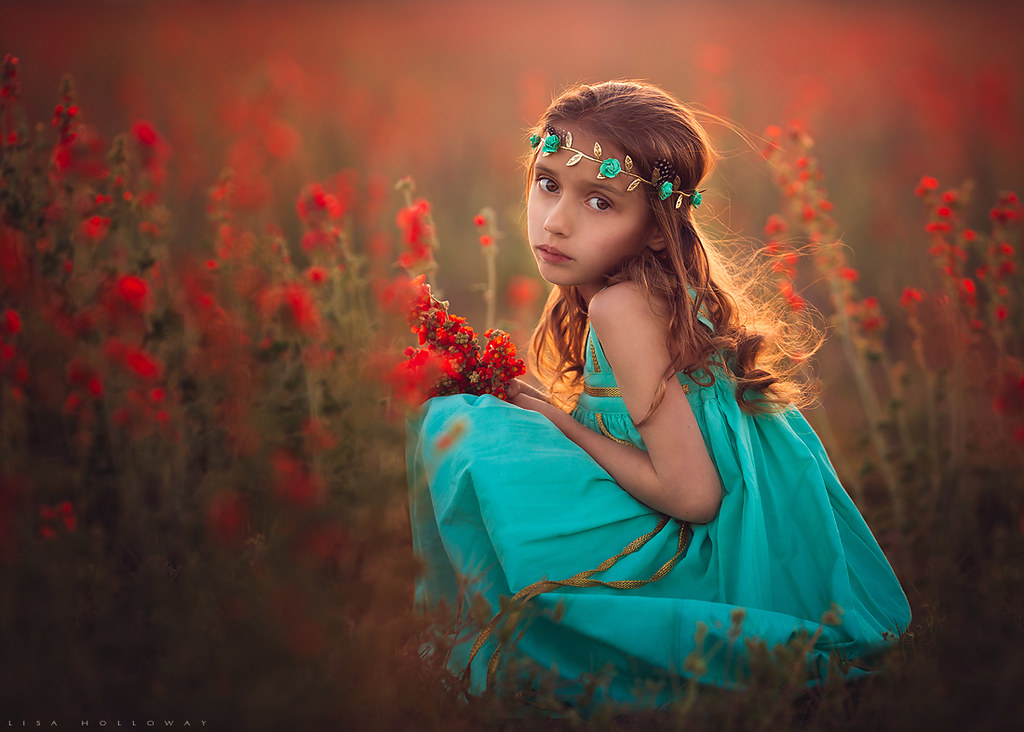 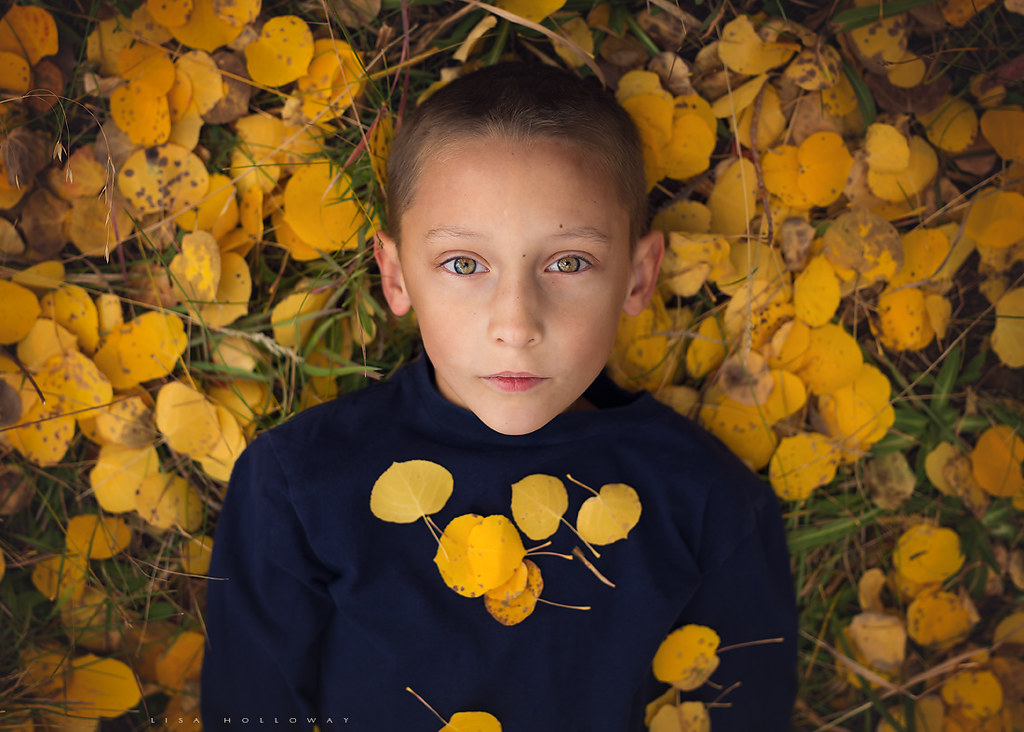 Photography also offers the family more than just heirlooms. It gives Lisa valuable one-on-one time with her kids, despite the fact that some of them are more amenable to being photographed than others. “I have a few that I have to kind of chase down and bribe,” she says. But when she manages to convince even the most shutter-shy of her brood to pose for the camera, the results can be breathtaking.

For Lisa, one such standout is a quickly arranged portrait of her little son Elliot holding one of the family chickens. “We gather our own eggs, and he loves the chickens,” she explains. “So we picked out one of his favorite hens, and went to an empty lot, right next to our house. We photographed him with his chicken. The second I saw it on the back of my camera, I knew I was going to love that picture.” 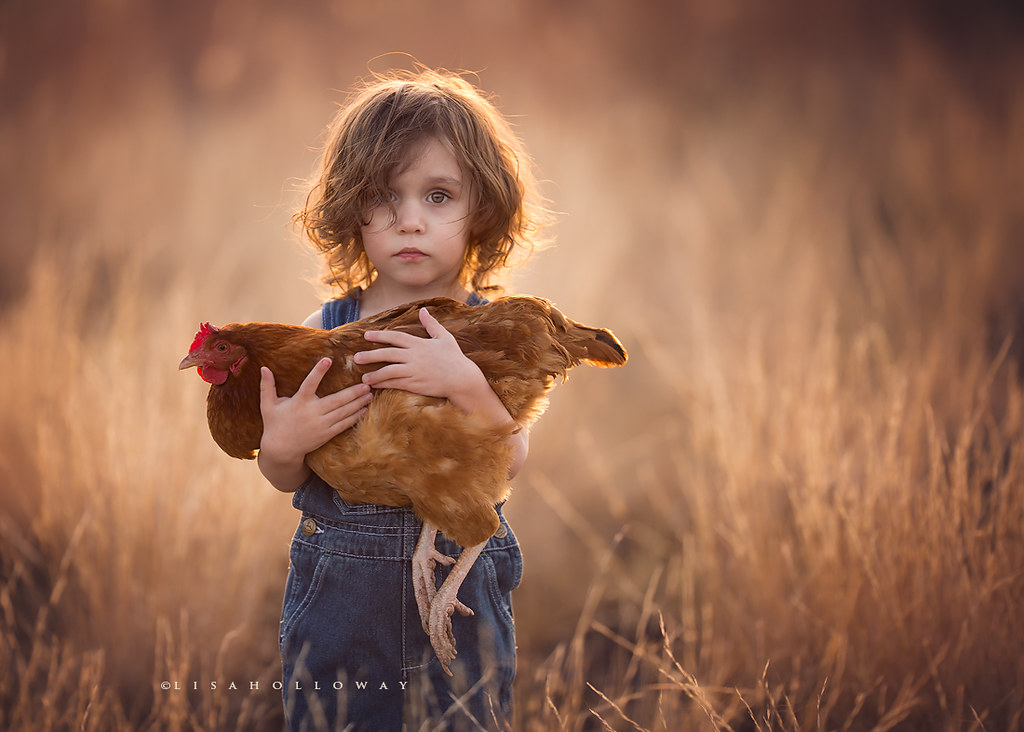 In addition to taking photos of her children, Lisa has run her own photography business since 2008, shooting portraits of all kinds. While the extra income helps the family budget, the business also provides an opportunity for the family to come together. The older kids help babysit their younger siblings while Lisa is on shoots. Her husband helps with locations and equipment setup. Fourteen-year-old Damien has a particular knack for eliciting smiles and laughs from small children, so she often brings him along as an assistant on shoots with younger subjects. “Photography has definitely made our family closer,” she says.

Visit Lisa’s Photostream to view more of her work.