English photographer Vicki-Lea Boulter delights in bringing the dreams, ambitions and fantasies of children to life. Her unique approach has earned her numerous distinctions and awards, has and delighted children, while her deceptively simple technique is unencumbered by the strictures of traditional portraiture.

“When a child comes into my studio, the first thing I do is sit down and talk to them about things that make them happy,” she explains. As the conversation evolves, she encourages her young subjects to play, even dress up, while she starts snapping pictures. “We just explore their imagination through photography,” she says. After the shoot in her studio, Vicki frequently heads out into the field to snap photos of other elements for the final image, and then assembles the final portrait in Photoshop.

The conversations are open-ended and range from superheroes to sports, to favorite toys and what the child wants to be when he or she grows up. As a result, Vicki is able to discover and craft an image rooted in the child’s mind and heart, rather than her own impression or that of the child’s parents. Although her work has a distinctive style, no two portraits are the same. “The children always surprise me,” she says.

One girl she photographed arrived wearing a dance outfit native to her Indian heritage. As she leapt and danced around the room during the shoot, Vicki expected she would be creating a portrait about a dancer. But when asked afterwards what she wanted to be when she grew up, the girl surprisingly replied with confidence, “The Tooth Fairy!” So Vicki gave her wings and created a fresh, personalized vision of the mythic dental professional. 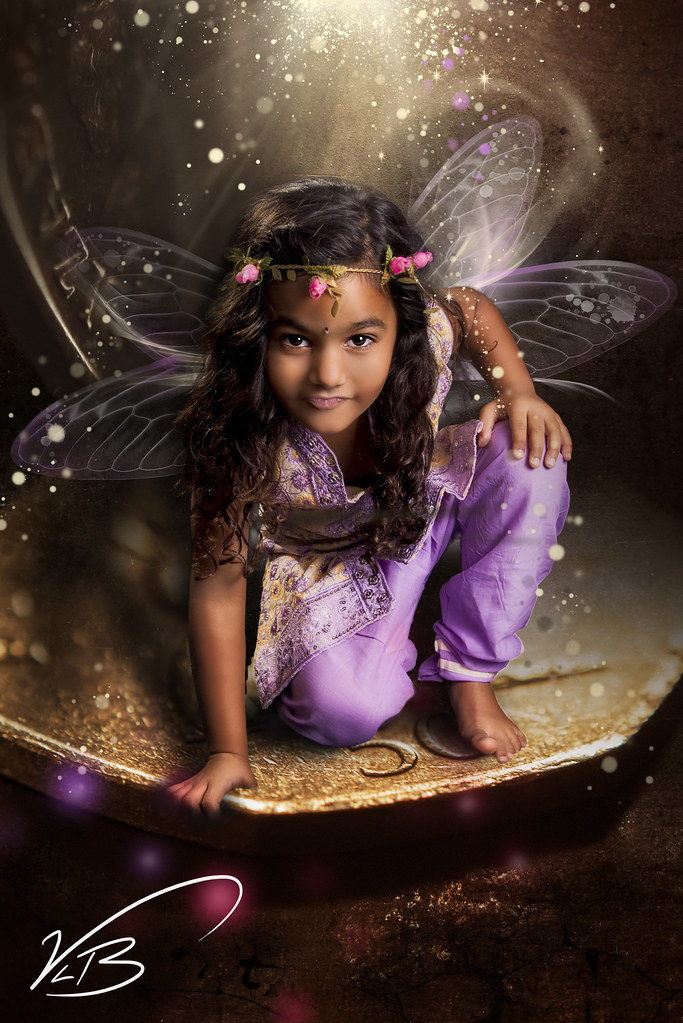 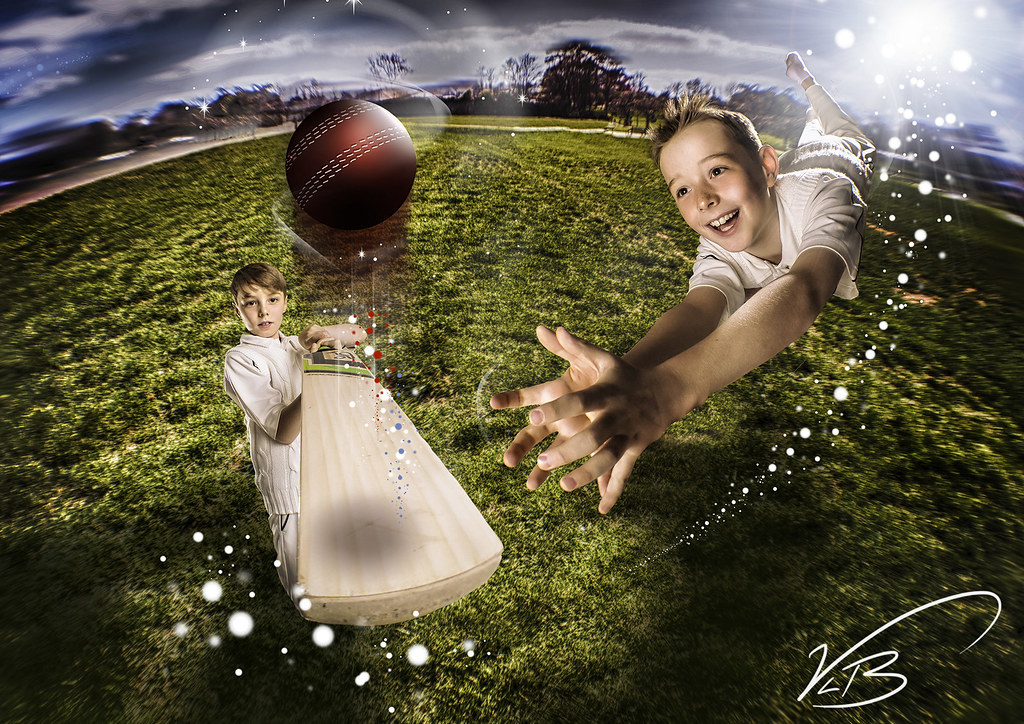 Not every child comes into the studio merely looking to play. “Some of the children have something they want to say,” says Vicki. “One little girl came in, and… she wanted a photograph dressed like her hero; and her hero was her dad, who was serving in the forces.” The final portrait reveals a proud daughter dressed in her daddy’s uniform. “We talked about how she misses him and how she wanted to be just like him,” says Vicki. “The main thing she was excited about was giving the image to him afterwards. She was really looking forward to showing him how much she admired him.” 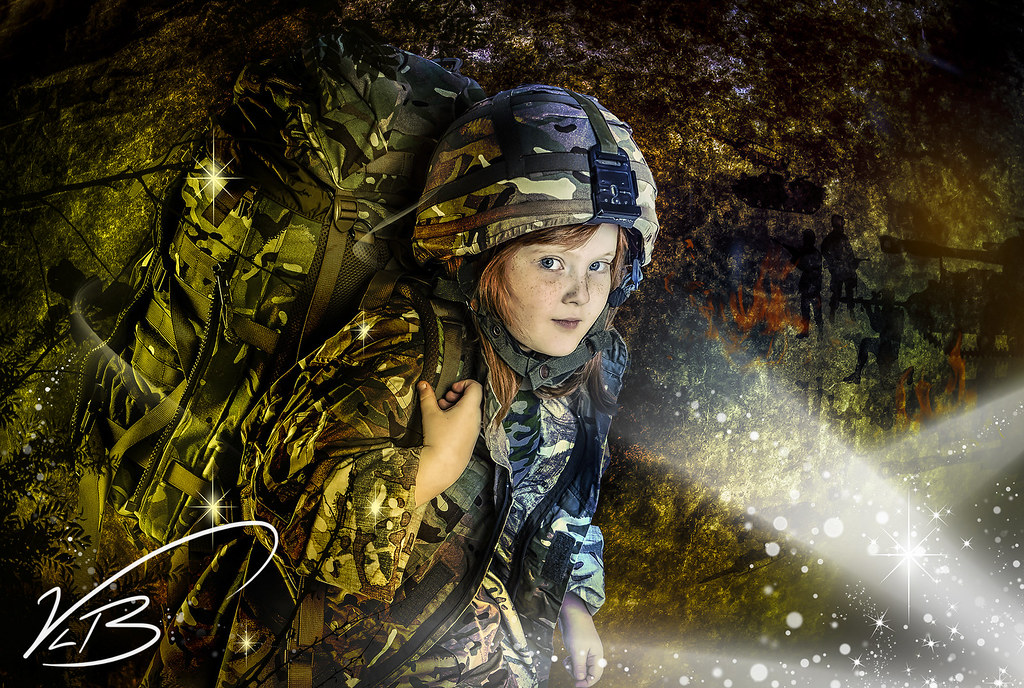 As a result of her success, Vicki published her first book, I Can Be Anything. It features her children’s fantasy portraits, accompanied by poems for the children written by their parents. She is currently working on her second book, entitled Bonnyglade, which uses the fantasy portrait style to tell a story of children rebuilding society in a postapocalyptic world.

Vicki credits her success to the power of listening. “I’m always amazed by how intelligent young people are,” she explains. “Just because they’re small doesn’t mean that they haven’t got a lot going on in their brains.” By beginning her sessions with conversation, rather than directives, she not only creates a safe space for kids to share their dreams, but also to let them know their ideas are meaningful and important.

For Vicki, engaging children, rather than reflexively posing them in a stiff, classic portrait, sends an important message. “I think we need to listen to kids and let them know that they are important, because one day they could grow up thinking that how they look is more important than their dreams and what they want to do with their lives. I think photography through play is a way of doing that.” 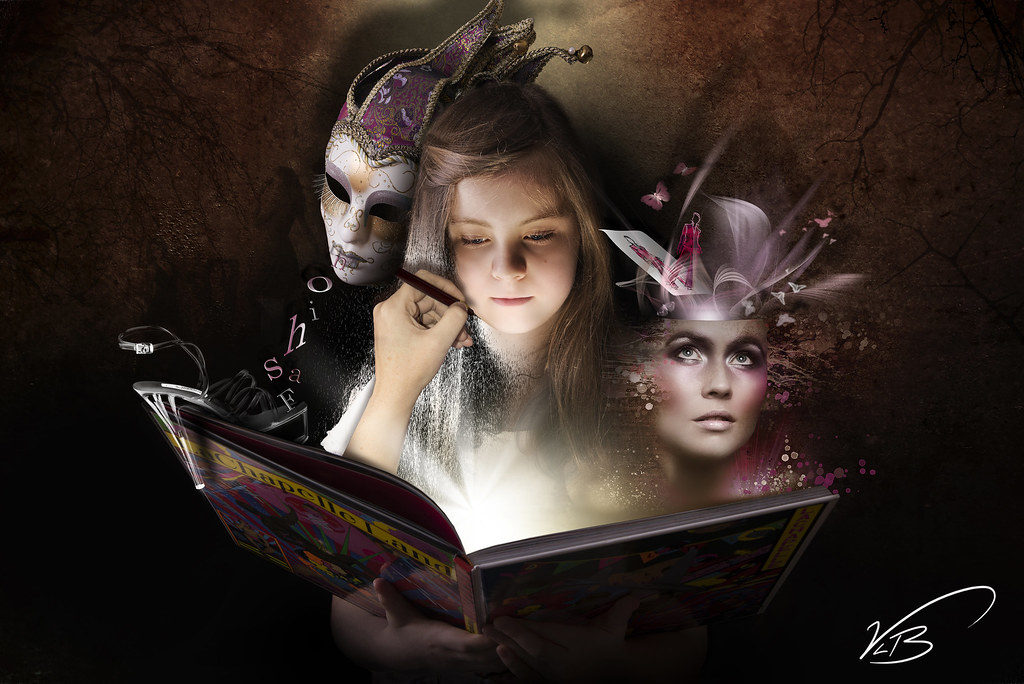 In the end, she evaluates her work on the basis of the children’s reactions. “When they get the picture, I want them to think, ‘That’s me. That’s what I want to be.’ And if the parents don’t like the picture, well, I’m not that bothered!”

The theme for this week’s #FlickrFriday is #SightForSoreEyes.