Like many people, portrait photographer Corey Hayes enjoyed comic books as a kid but hadn’t been particularly interested in them as an adult. So when he attended New York Comic Con in 2008, he was looking forward to revisiting his youth, and curious to see what it was like. But as soon as he saw how the “cosplayers” — fans costumed as their favorite comic, film, or anime characters — attracted the other attendees, he knew he had found a photographic story waiting to be told.

“The reaction that the attendees had to the cosplayers reminded me of kids seeing Mickey Mouse at Disneyland,” Corey tells the Weekly Flickr. “They were seen as rock stars, and that fascinated me, because I knew that that can’t be their everyday personality.” Although Corey acknowledges that cosplayers have been photographed millions of times, he had never seen a series that showed these fans both in and out of their costumes. “It’s really the out-of-costume person that fascinates me the most.”

Corey started snapping photos with his phone, and though many of these elaborately adorned fans had traveled great distances to attend the con, he found a few from the New York area willing to come into his studio for a portrait. Given the close-knit nature of the cosplay community, it wasn’t long before he had plenty of cosplayers to photograph, and the AlterEgo series was born. 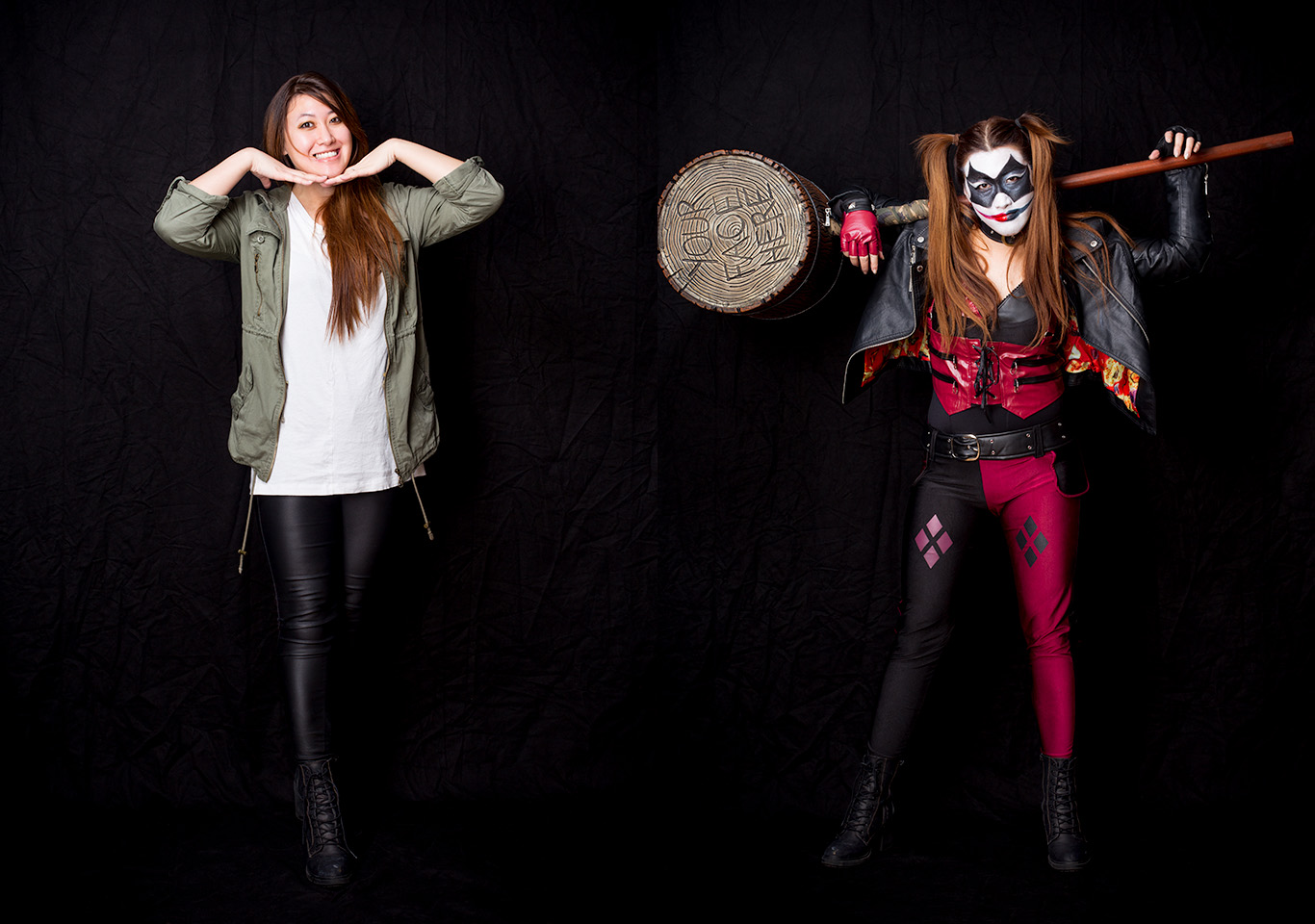 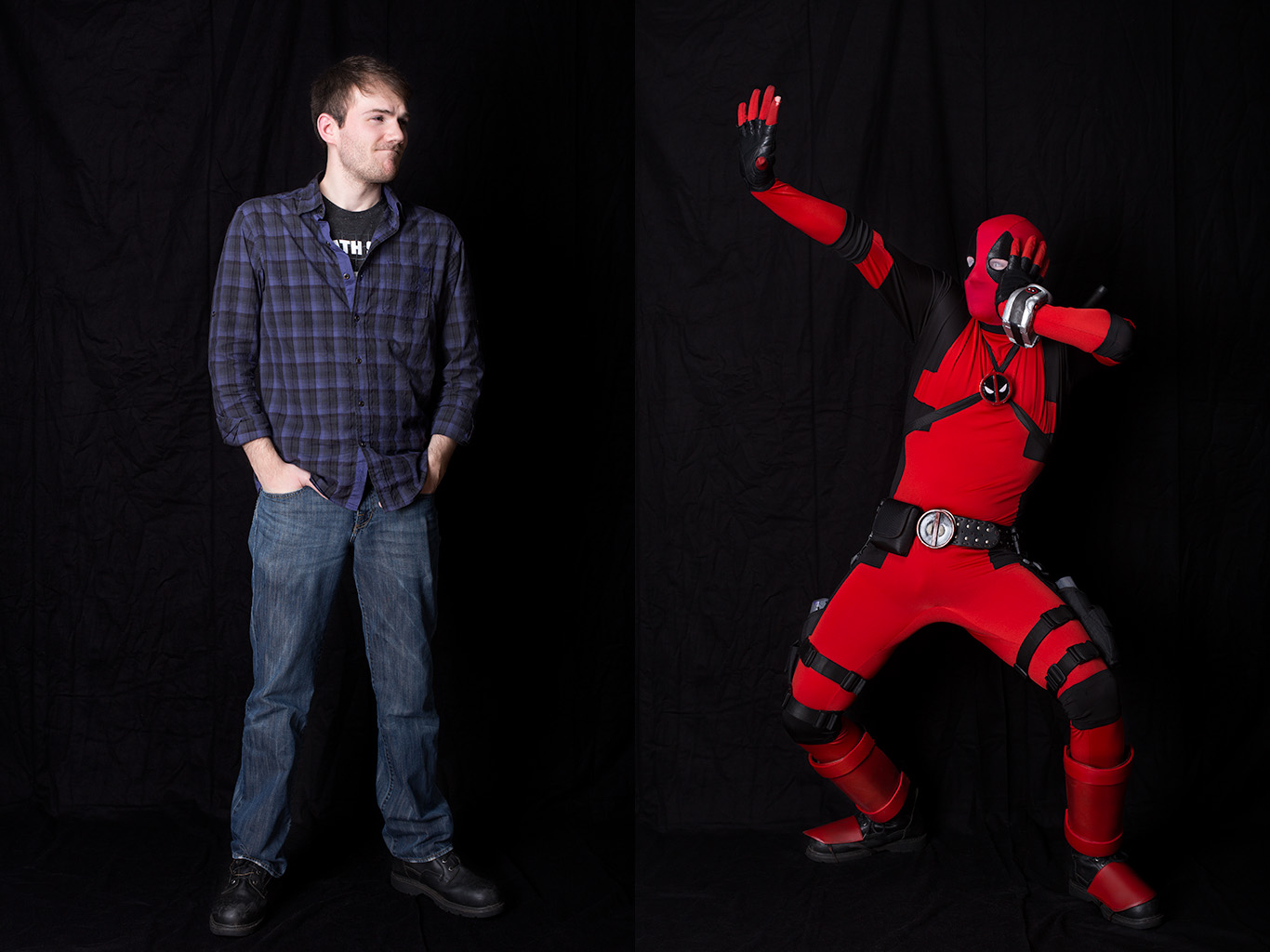 Given that cosplayers usually create their costumes from scratch, the process of finding, crafting, or assembling the disparate pieces and props can be involved. Ruby Rinekso, who appears in the AlterEgo series as Batman villain Man-Bat, also enjoys portraying the 1960s TV version of the Caped Crusader himself. While a veteran of cosplay (Ruby portrays numerous different characters), he found that the headpiece for Batman presented a unique challenge. Corey explains, “He had tried to create the cowl … over and over again and had never thought that it looked right.” Undeterred, Ruby enlisted some expert assistance. “He tracked down the original cowl creator for the 1960s TV show, had him cast one off of the original mold of Adam West’s head, and that is the one he uses.” 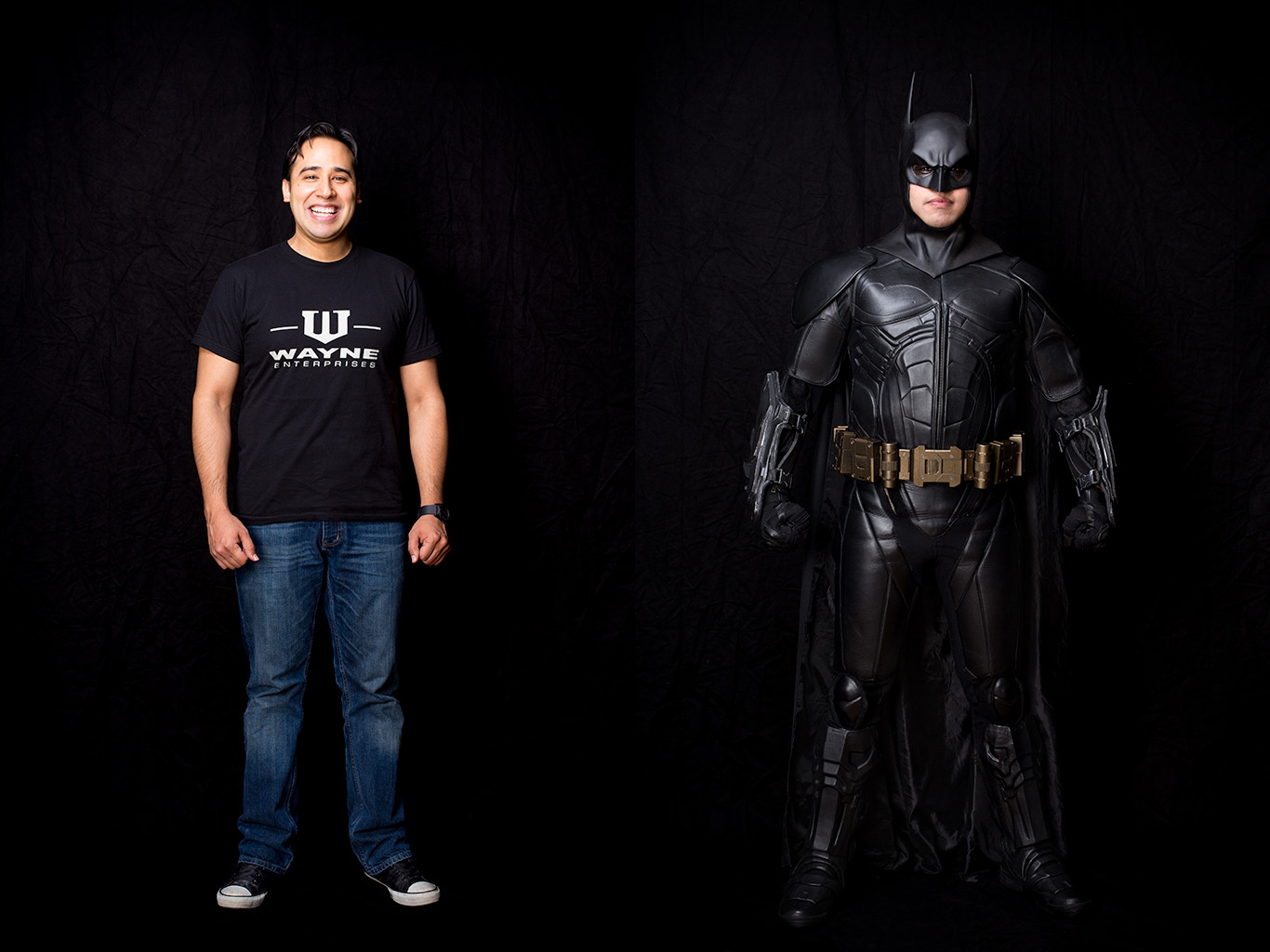 Another cosplayer, Al Vasquez, portrays only Batman. Since receiving his first Batman costume at age 4, he’s spent years accumulating and refining all manner of props and gadgets, including numerous cowls, belts, “baterangs,” and grappling guns. He even uses his costume to visit children’s hospitals, giving sick kids a chance to meet Batman during their stays.

As the series evolved, Corey became fascinated by the way his subjects transformed when they donned their costumes. He remembers his shoot with Gina, a shy 16-year-old high school student who portrays Japanese anime character Gou Matsuoka. “When she came in, she was very nervous and just kind of uncomfortable. Yet when she put on the costume, there’s this complete confidence in taking on this other character. I saw that time and time again throughout the entire series.” 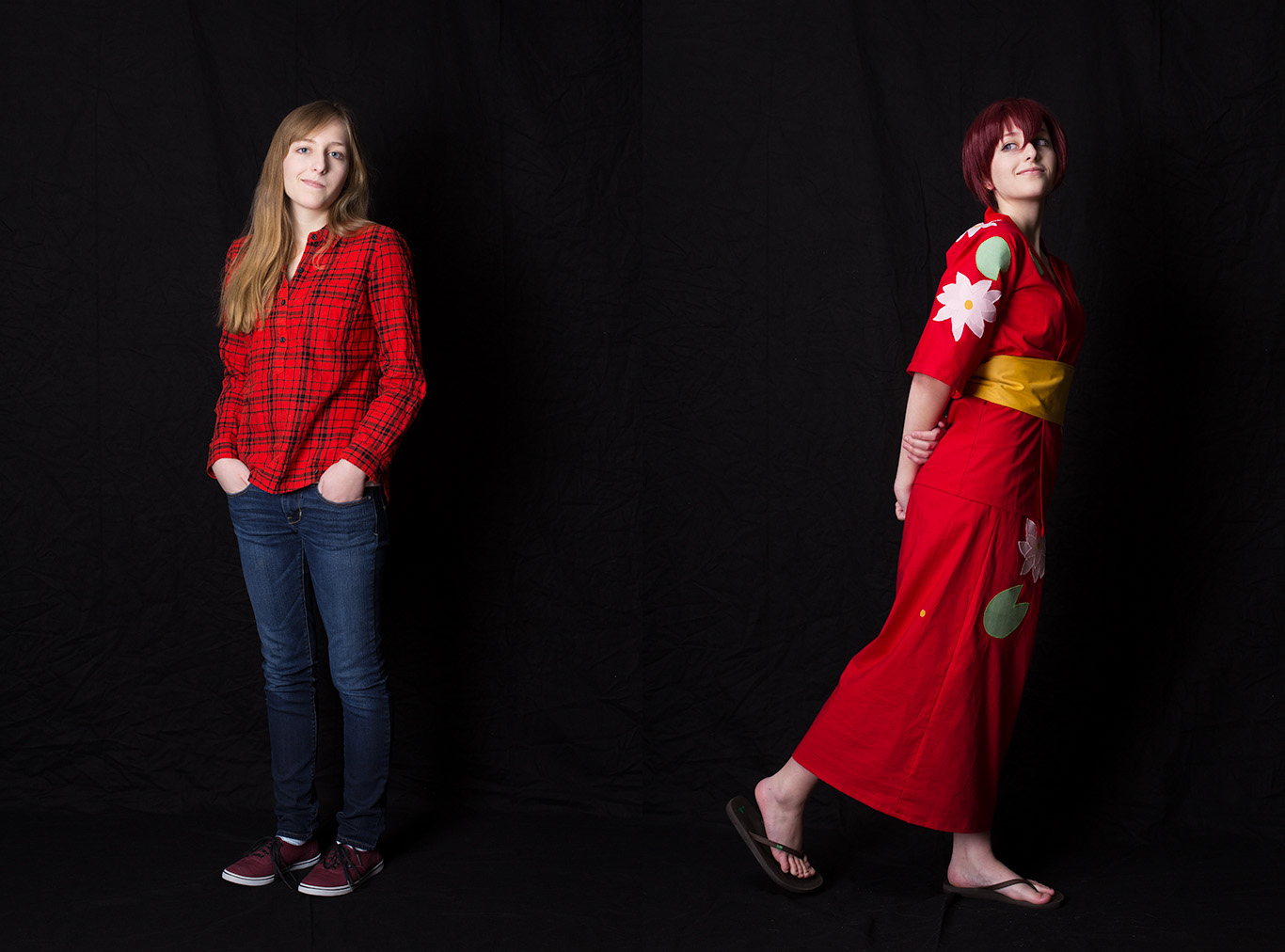 Corey was also amazed to discover not just how popular cosplay is. “I think one of the reasons that people love doing this is there’s such an awesome community amongst cosplayers,” he muses. There’s something about sharing this unusual hobby that brings people together. “Some of these people become their closest friends.” 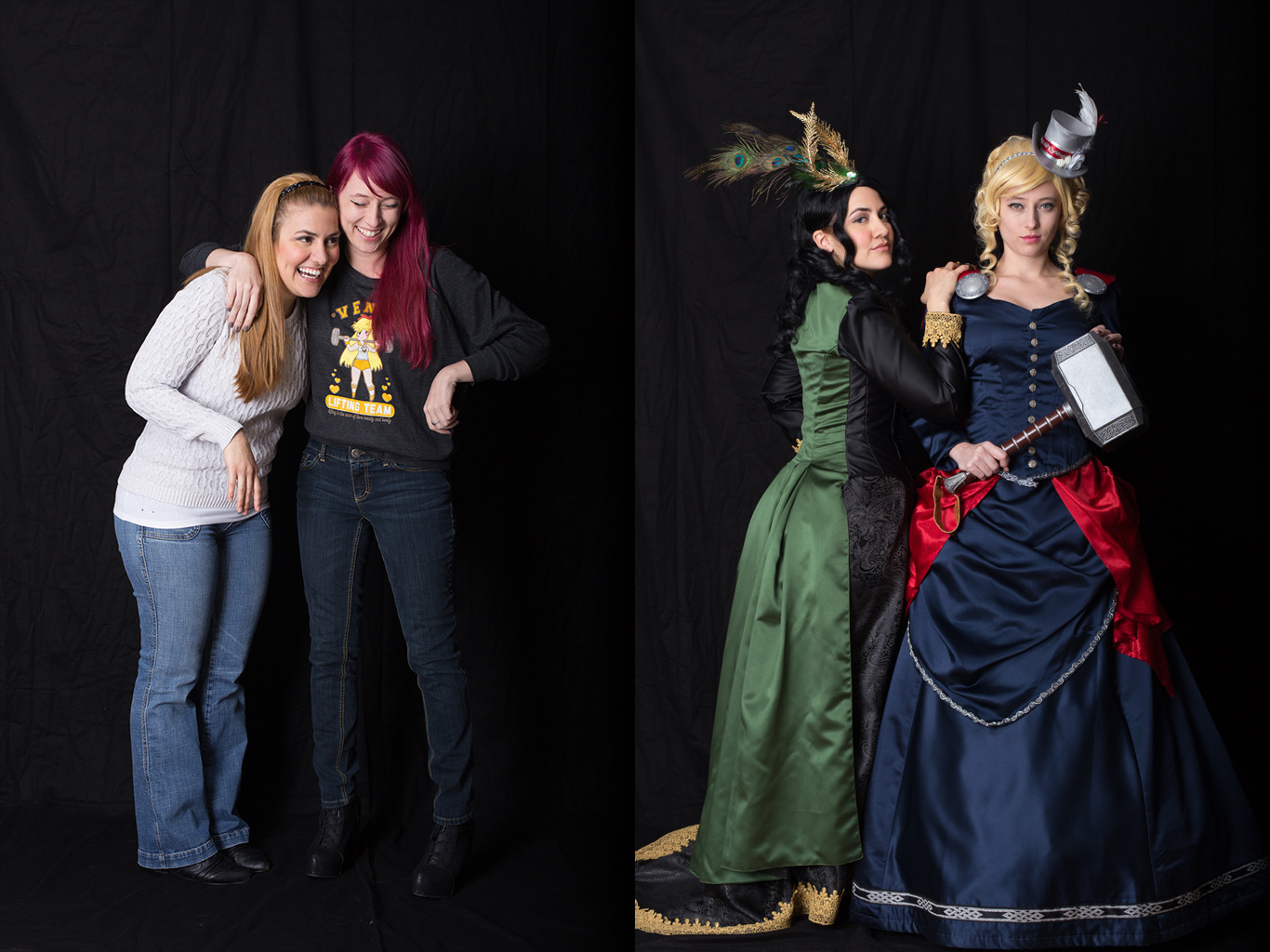 Although the passion exhibited by many cosplayers may seem excessive to outsiders, Corey’s encounters with its power to bequeath confidence and acceptance came full circle after the series was featured on BuzzFeed. One commenter described how, in high school, he had made fun of his peers who were into live-action role-play and cosplay, but that seeing Corey’s photos had helped him see the appeal of the hobby and the humanity of those who do it. His remarks culminated in a very specific and public apology to those he had ridiculed as a teen. For Corey, seeing that comment made the whole series worthwhile.

Whether he’s crafting portraits with cosplayers or with his celebrity clients, Corey says he’s after the same thing. “My goal is always to find the best in people. Cosplay may seem really fringy, nerdy to a lot of people, but it’s really not. They’re really awesome people and they just have a really colorful and crazy outlet for their interests.”

Visit Corey’s Photostream to see more of both the AlterEgo series and his other portraiture.