Shortly after moving from their native New Zealand to Australia, in 2013, Lilly and Leon Mackie had a baby. Thousands of miles from their friends and family, surrounded by empty cardboard boxes, and divested of a social life, their seemingly dull lives inspired the creation of an Internet phenomenon and an enduring family tradition.

“After about six months of a lot of Saturday nights at home and having no babysitters, we started to get a bit bored.” Leon says. “We decided to do a family photo in the style of The Life Aquatic [with Steve Zissou],” with their 6-month-old son, Orson, at the helm of the submarine. The Mackies chose to replicate the film’s iconic poster because they identified with the characters’ deadpan looks. Leon explains, “As new parents, we were quite sleep-deprived, and the expressions on their faces kind of summed up how we looked every day.” The photo was an immediate hit with friends and family back home. So, Lilly and Leon started leveraging their collection of leftover boxes, along with their affection for movies, into a weekly family photo. 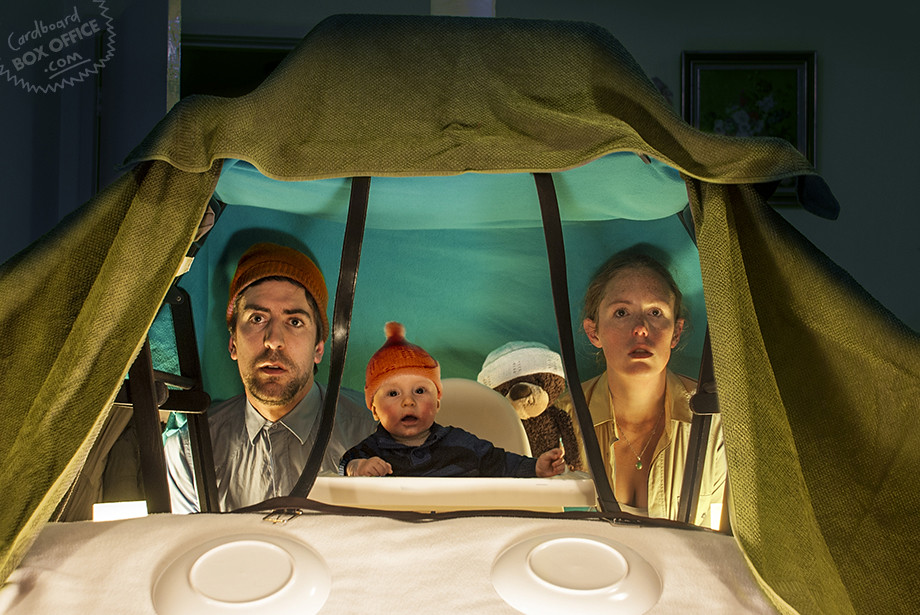 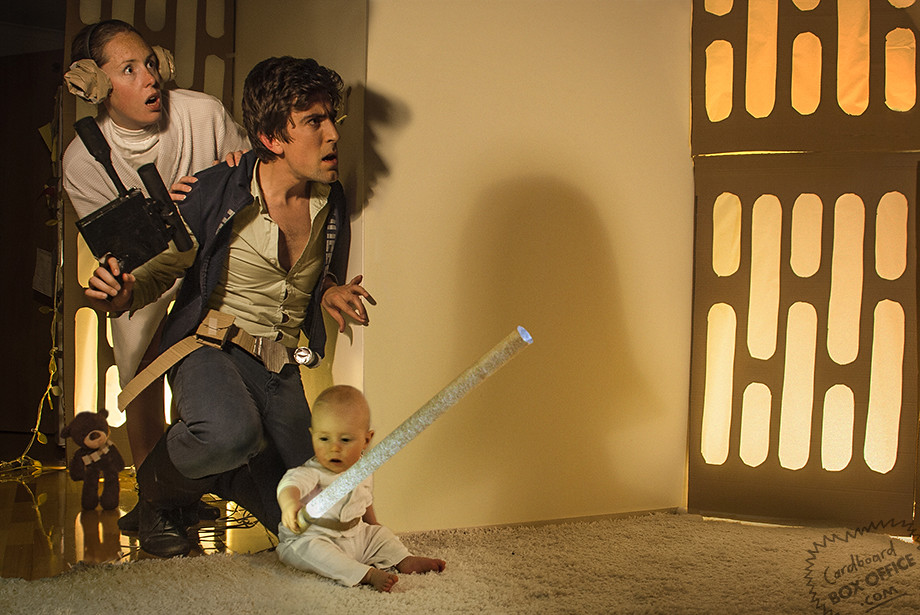 After a few months, they set up a blog titled Cardboard Box Office, and soon had a few hundred followers. But when a friend put a link on the blog Laughing Squid right before Christmas in 2013, everything changed. “Over the course of about three days, we got about thirty thousand followers on Facebook, and we were on every major news network, it seemed, [from] around the world,” recalls Lilly. They had three interviews on Christmas morning before they could open gifts.

Eighteen months later, the Mackies have done nearly 70 scenes, and show no signs of slowing down. They’ve even been nominated for a Webby. But their success hasn’t changed their process. They refuse to spend more than $30 — often less — on any of their shoots. Instead of buying fancy props, they primarily build sets out of stuff they have lying around the house, which frequently includes a healthy dose of cardboard and duct tape. 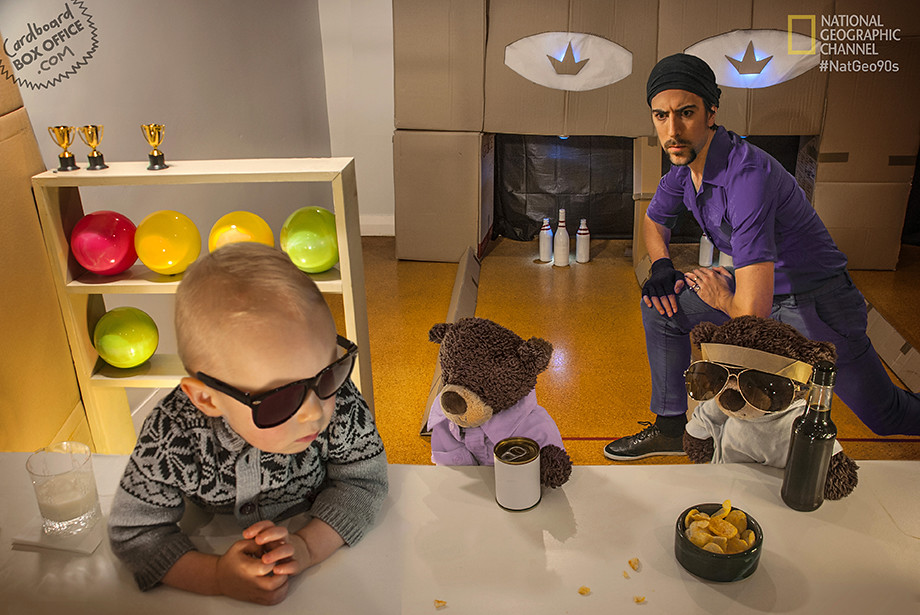 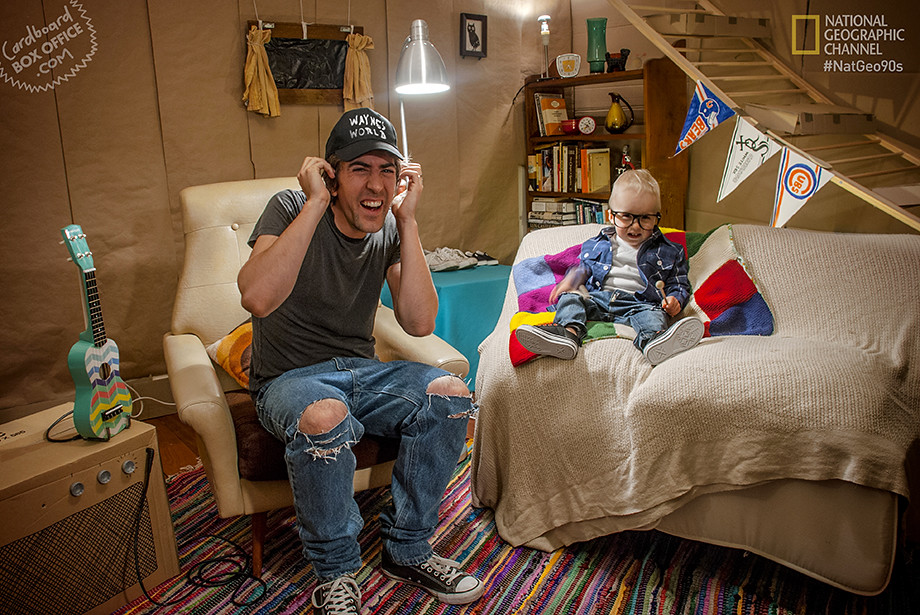 A typical shoot begins around lunchtime on a Saturday, when Lilly and Leon settle on which movie they want to recreate. “The way that we choose a film is that it generally is a movie that we grew up on, from the ’80s and ’90s,” explains Leon. He usually takes charge of constructing the sets, while Lilly plays with Orson. According to her, “The sets can take up to five hours sometimes, depending on how big they are, and we aim to shoot just before Orson goes to bed at about 8 p.m.”

Orson, now 2 years old, has grown more engaged with the process, getting excited about not only spotting himself in finished photos, but also sets he likes. “He loved the clock tower in Back to the Future,” says Leon, “And he loved the helicopter in M.A.S.H.” 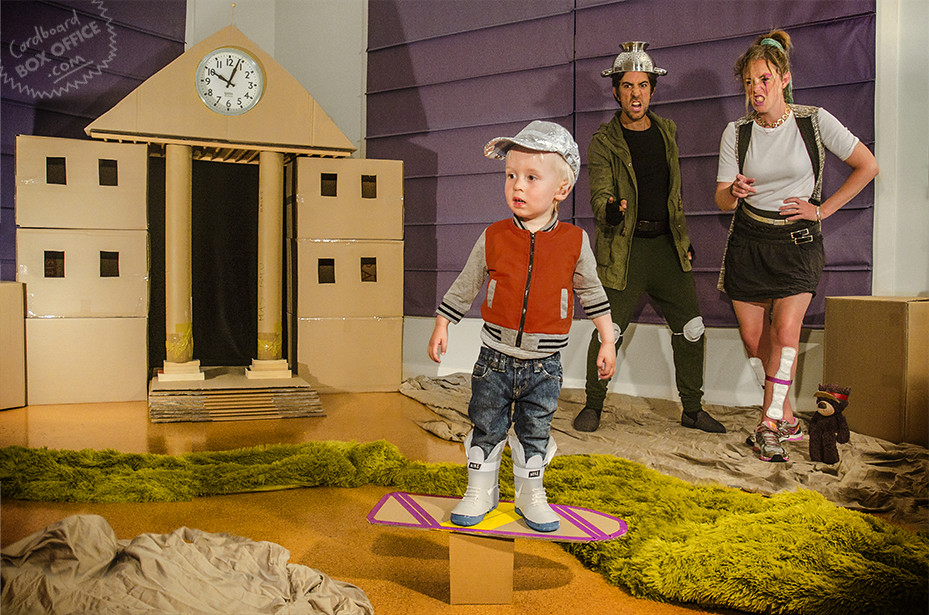 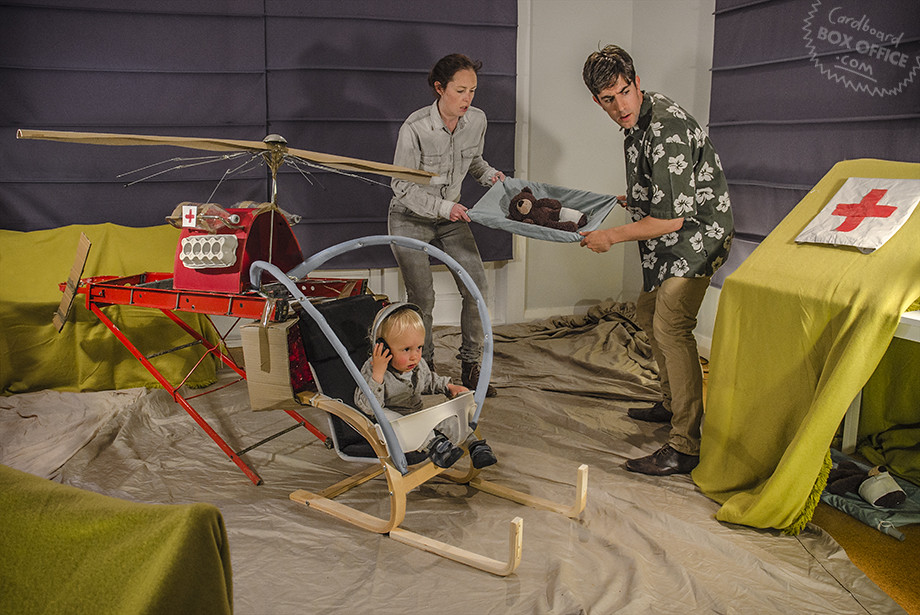 Although Lilly and Leon insist that they had no prenatal intentions of creating a future filmmaker, they smile at the overlap of their son’s name with Orson Welles, the legendary director of Citizen Kane. But perhaps the biggest breakout star of Cardboard Box Office has been Orson’s first teddy bear, Gundy. “People now look out for him, and if we don’t include Gundy in a photo, we will get a lot of comments asking where he is,” Lilly explains. After her mother bought a second, identical bear, Gundy and his clone made their duet debut portraying the twins in The Shining. 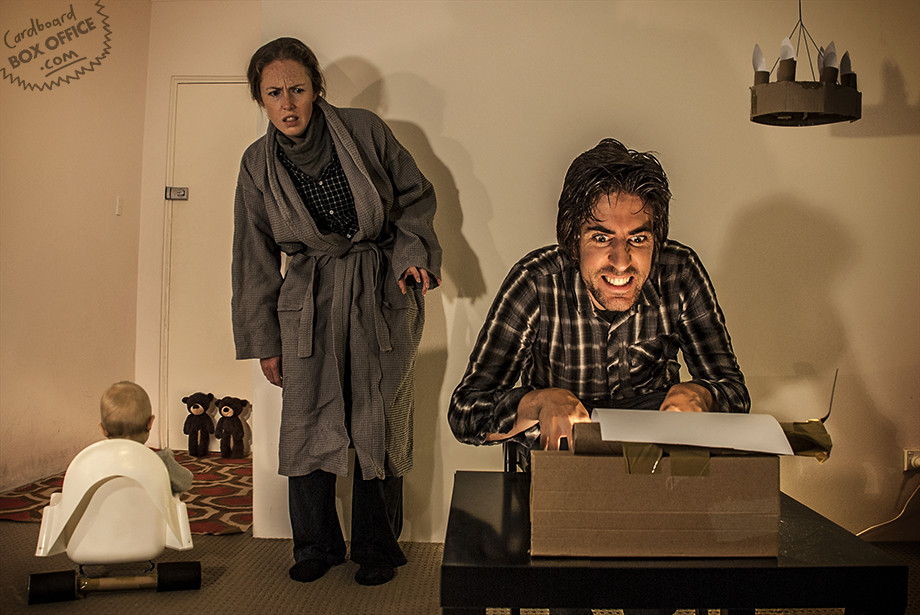 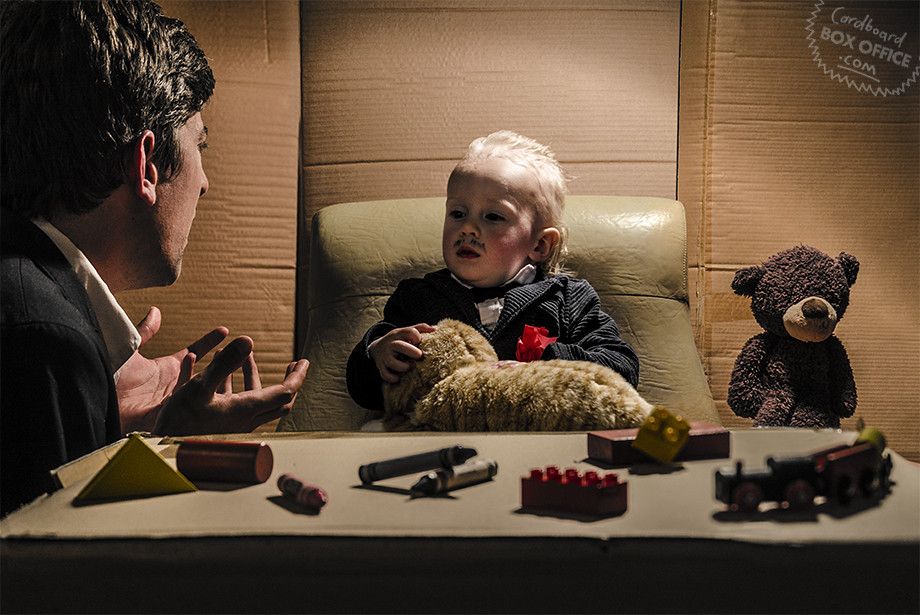 Lilly and Leon have been touched by the responses they’ve had from people around the world. Some have written to say the series inspired them to become more creative and spend more time building things with their kids. Many have said it brings a smile to their face. “The Media attention is great, but it’s just the simple messages that really make it worthwhile,” Leon remarks. 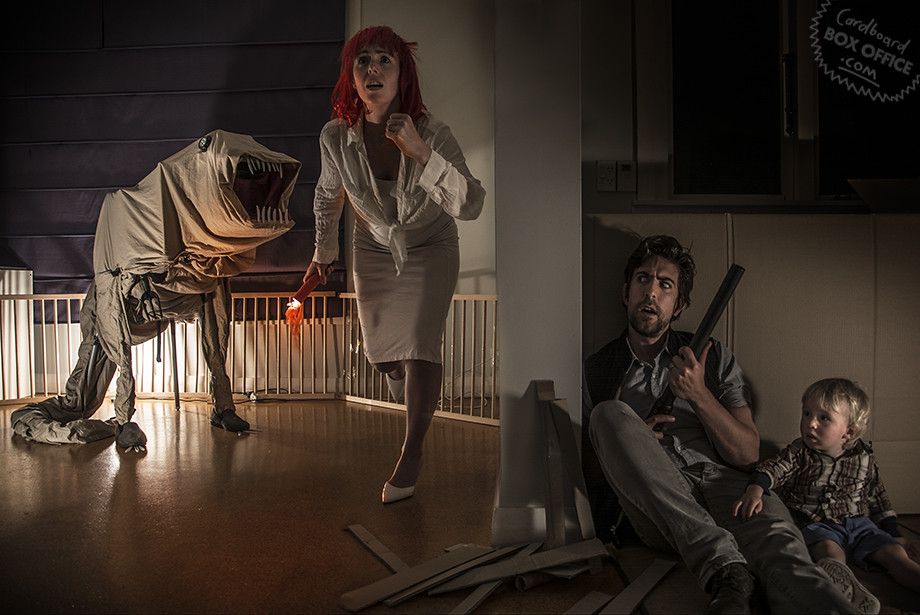 For Lilly, these photographs have taken on a personal significance. “We’ve found doing these photos that we’ve created, by chance, a tradition for our family. Even if we don’t continue doing it every weekend for the rest of our lives, it’s our tradition now, and it’s going to be awesome to look back on.”

The theme for last week’s #FlickrFriday was #‎ABusyDay!

The theme for next week’s Flickr Friday is #HeavenOnEarth