There are few photographers on Flickr who inspire us the way Giulio Magnifico does. The 27-year-old street photographer is based in Udine, northeastern Italy, and travels for pleasure and work, taking photos of people living their daily lives. He also travels to regions of the world torn apart by strife and war, such as Iraq and the Syrian border, where he has documented precarious conditions of refugee populations with humanity and grace. 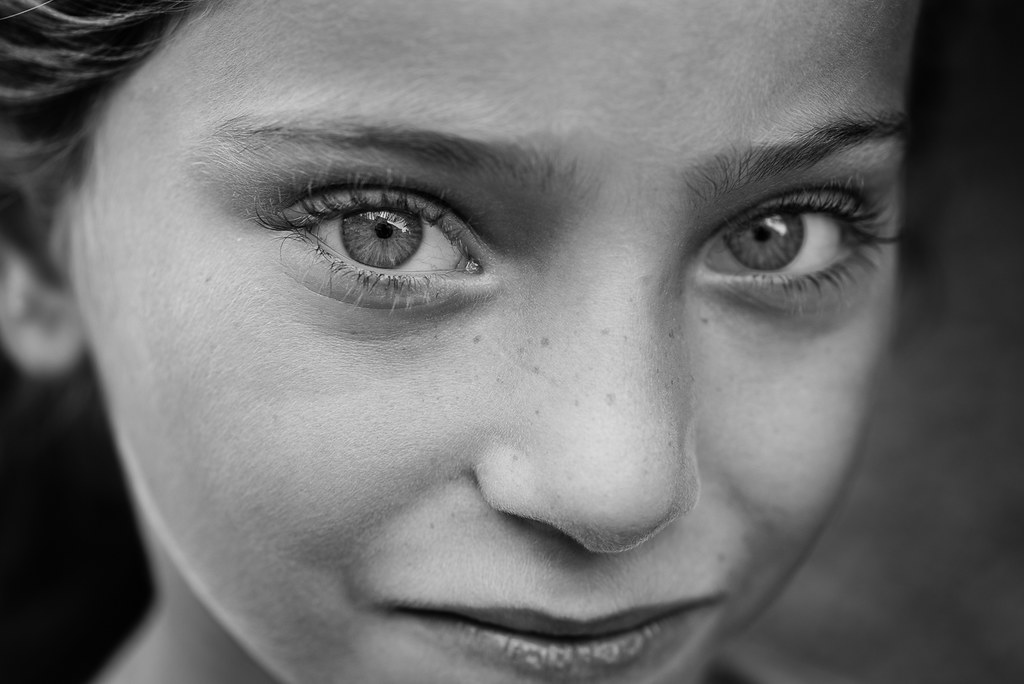 Giulio’s black-and-white compositions and portraits are beautifully moving. Behind every one of his shots, there is a story of a stranger or a magical moment. The girl below, for example, was sitting with his father in a park bench in Kilis, a Turkish city very close to the Syrian border. He says he hesitated before taking the shot: “I thought she wouldn’t want a photo, but then she looked at me and my camera and made me understand that I could take the picture, so I did.” He says that right after, the girl thanked him with a gesture and told him she used to live in the city of Aleppo, until her mother was killed by a bomb that destroyed the family house. She and her father fled away from Syria. “She has a really powerful gaze and a lot of dignity in her eyes,” he said. 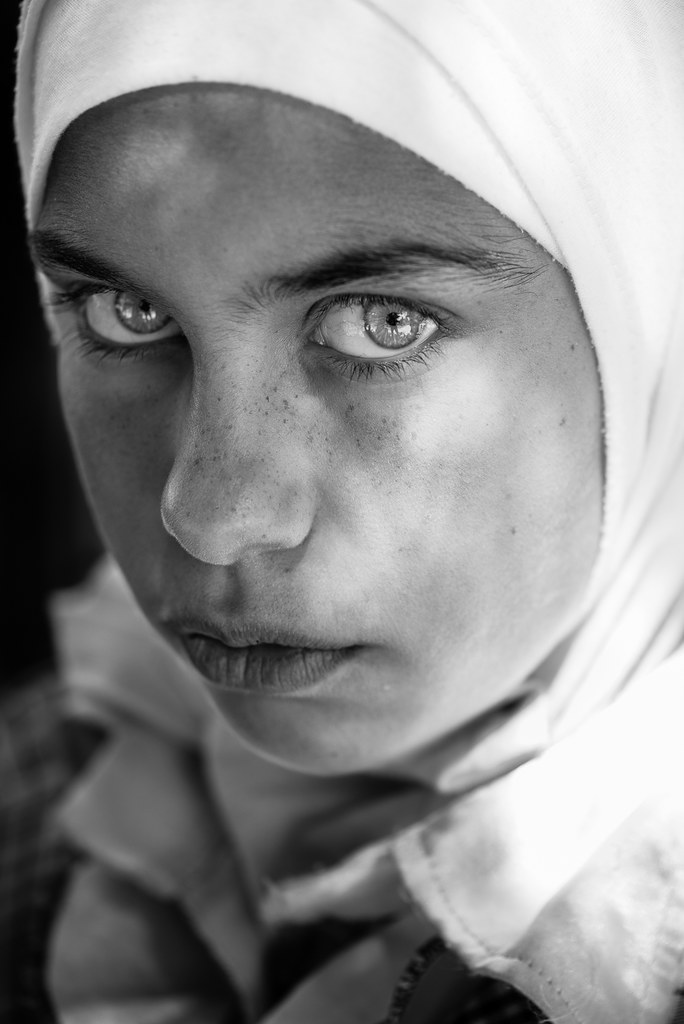 For Giulio, photography has to be a reflection of history. That’s why he prefers taking photos of people in everyday situations, always trying to find the positive side of life. The picture below is a classical scene from an Italian osteria called “La Pepata di Corte.” He says he loves this shot because it represents the typical life from his region, Friuli-Venezia Giulia. “Five retired friends that go almost every day to this osteria to play cards. All of them concentrated, with their glass of wine. I’ve taken a lot of photos inside this place and I already knew them,” he said. He often gets invited to join the party: “After the shot they offered me a glass of wine. One of them wanted a print of the photo, so I printed it for him… when one of his friends saw it, he wanted a copy too, so I printed it again.” 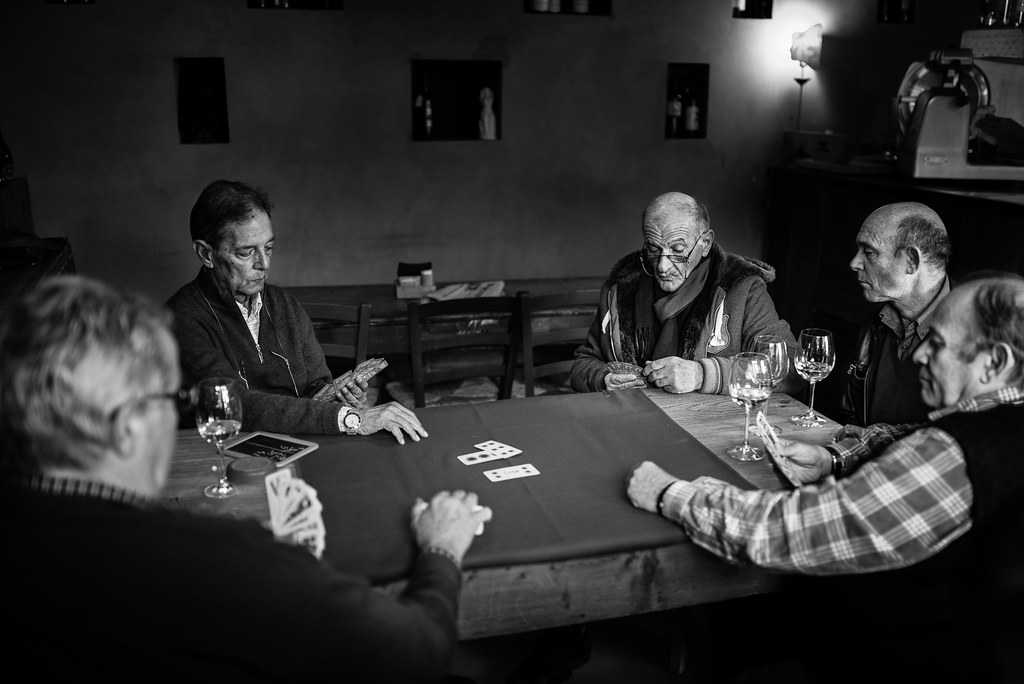 Most of his images are black-and-white. He says the lack of color in his photos helps direct attention toward the subject: “The important thing inside a photo is the message, and the message could be misdirected by the wrong color in the wrong place. Without colors I can focus the interest where I want,” he said. With his photos, he wants to establish a connection between the viewer and the subject. “I think it is important to change people’s emotions after they’ve looked at the photo. It doesn’t matter if it is a positive or a negative change, the important thing is transmitting a feeling.” 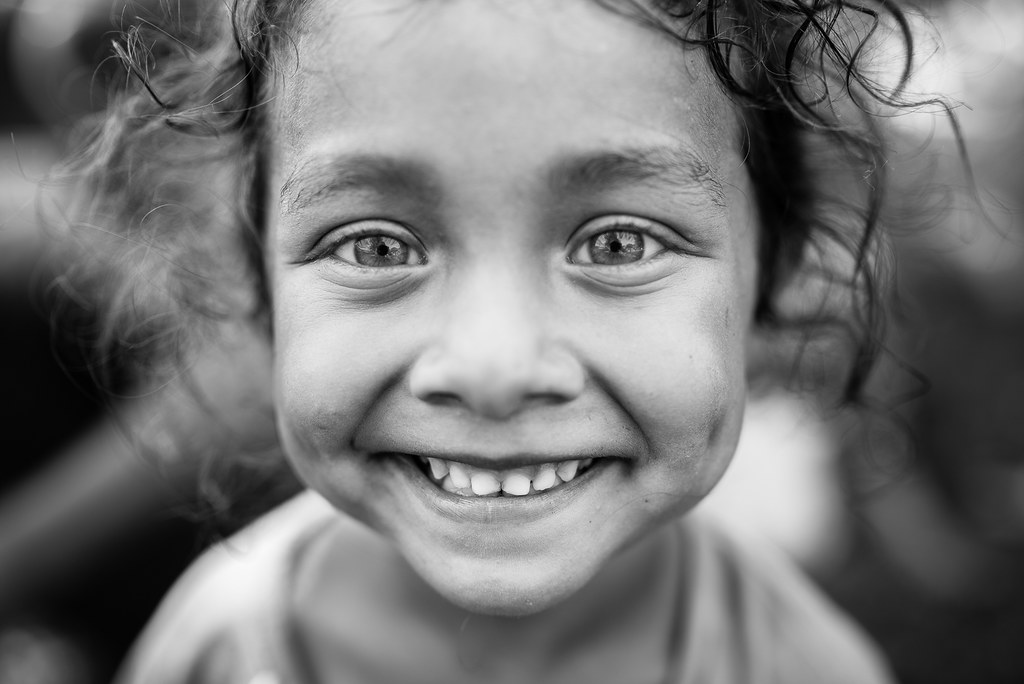 Improvisation is also an important part of his job. He says it is always a good idea to carry a camera at the neck, because “every time can be the right moment for a fantastic shot.” Giulio uses a Nikon D800E for most of his portraits, but also a Nikon 1 V1 and a Polaroid Cube video camera that he mounts above his D800E. Unlike many photographers with extensive kits, he prefers taking photos using just one lens, a 35mm. 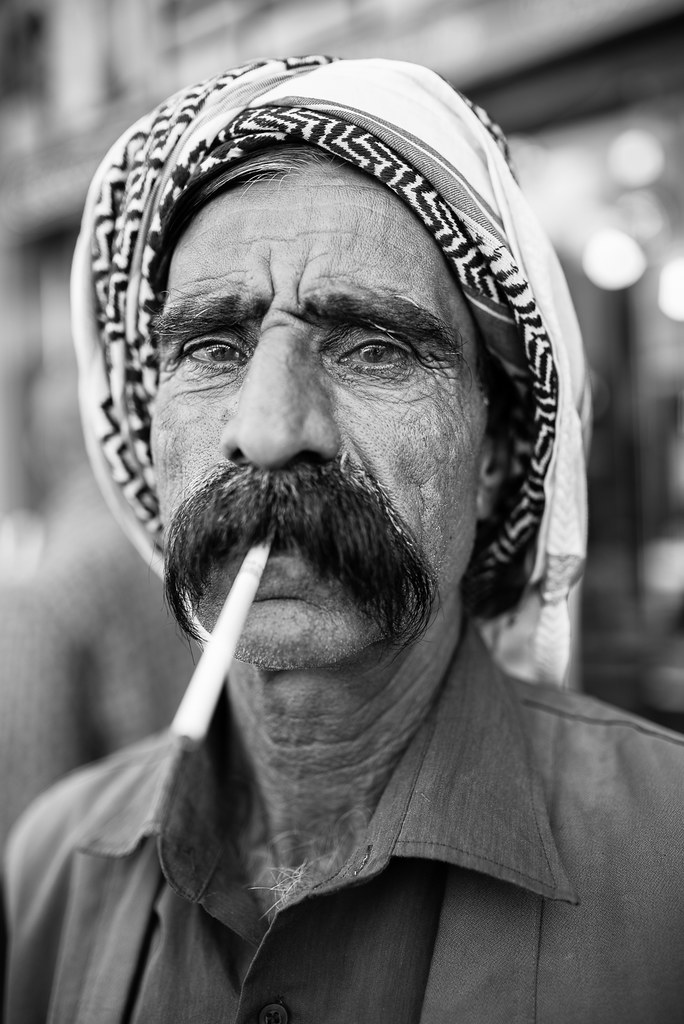 Before approaching a new subject, Giulio usually starts making conversation or he tells a joke. He says he has to show people his good intentions. “Generally they are happy to be photographed. Sometimes, when they understand that I’m friendly, they offer me something to drink or eat.” 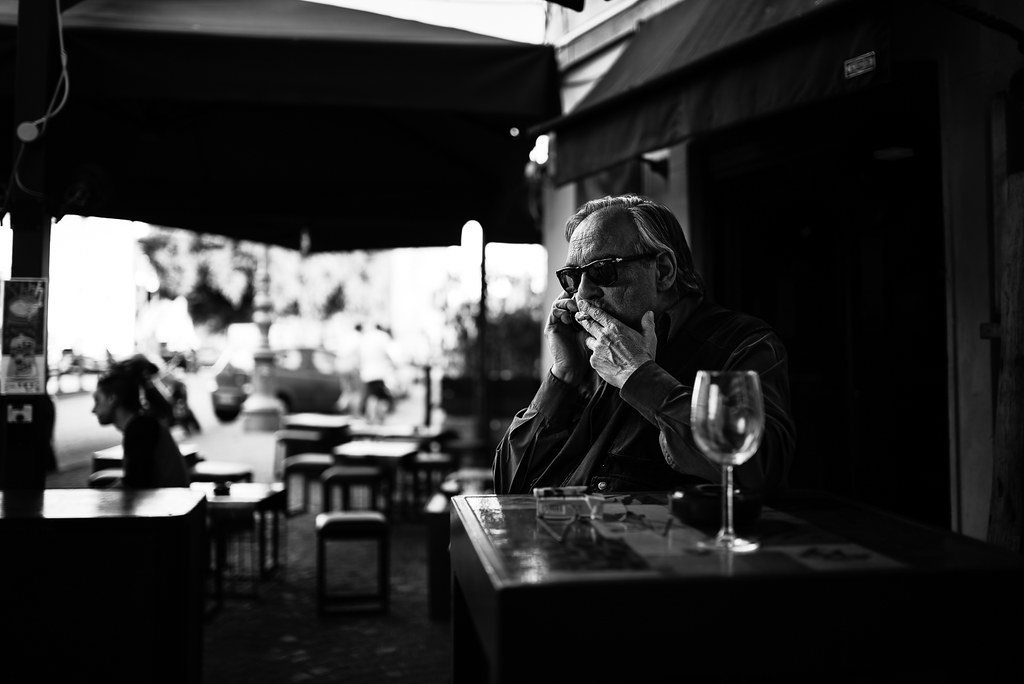 His self-financed travels to Iraq and the Syrian border have been the result of a long planning process and both have been humbling experiences for him. “People who have nothing are the kindest people, they can offer you anything.” You can find more pictures and stories in Giulio’s Flickr albums. His future plans include a trip to Lebanon to cover the situation in the south of Syria, and to visit a larger European capital like Amsterdam or Berlin to continue the street photography he loves. 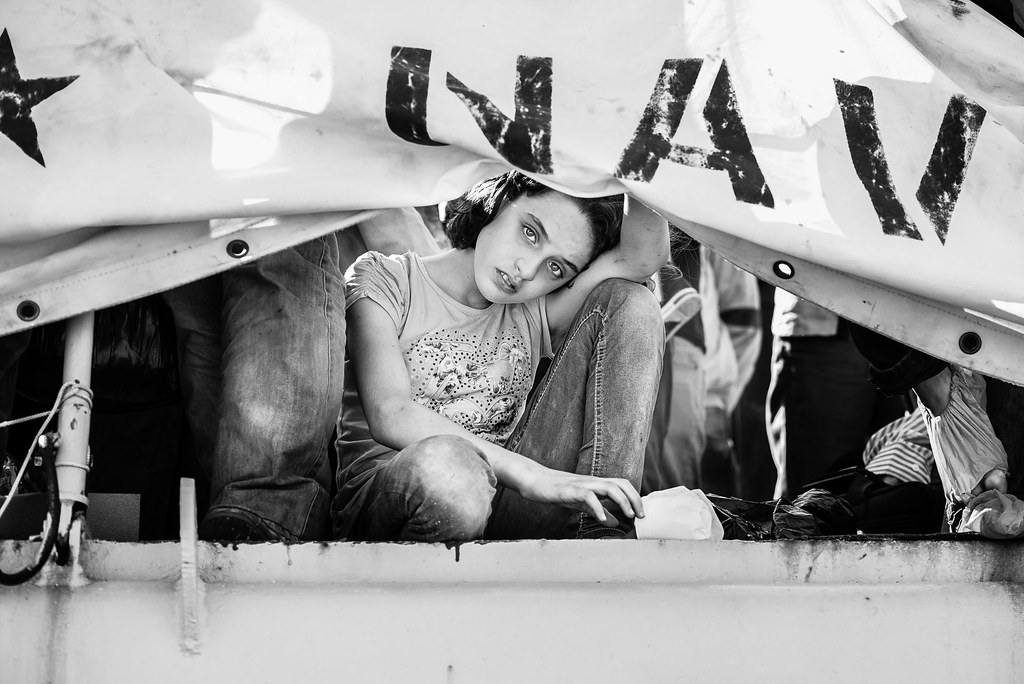 Giulio has been a Flickr member since 2006. Be sure to check out his photostream to share your comments with him.