When Rafael Mantesso’s wife left him, she took everything except his clothes, the refrigerator, and his beloved bull terrier, Jimmy. Faced with white walls, white floors, and no furniture, he was forced to start over. To stave off boredom, he began doodling on the floors and walls. One day, he decided to lay Jimmy down on the floor next to one of his sketches and take a photo. The result changed the course of his life.

As he started to post the imaginative doodles with his pup on social media, his following grew into the thousands. When Ashton Kutcher shared a photo of Jimmy “singing” into a “microphone,” the popularity of the images really took off. In one week, Rafael’s Instagram following increased tenfold, and thousands of emails began pouring in. 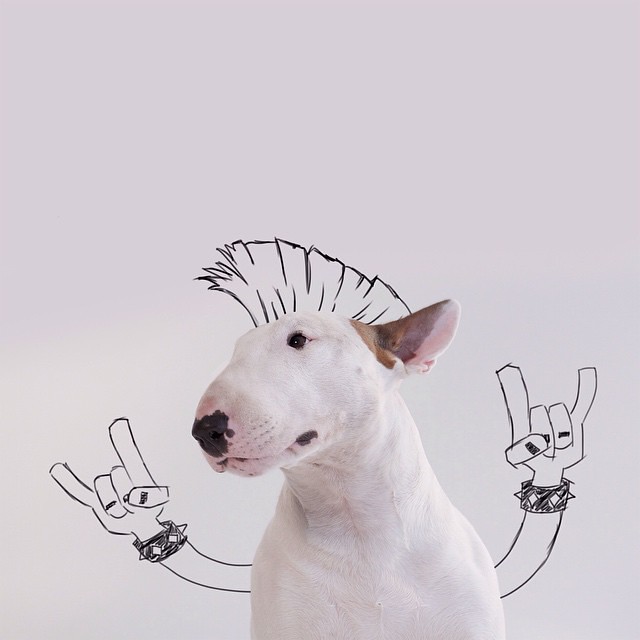 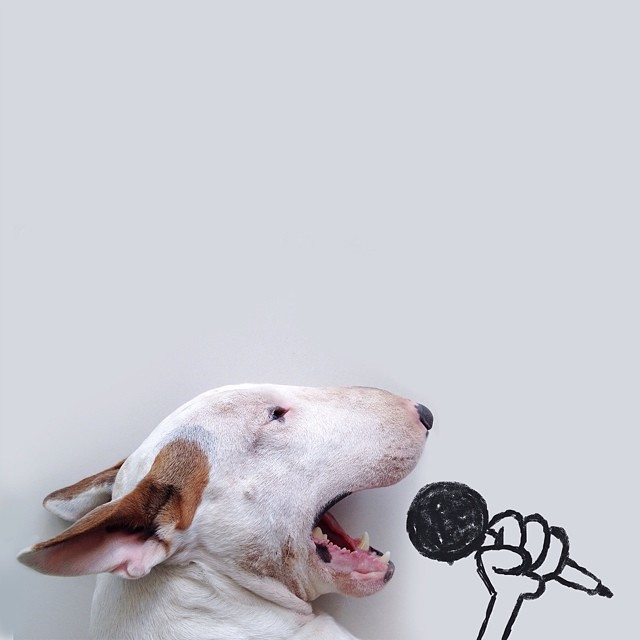 Rafael’s ex-wife had named Jimmy after her favorite shoe company, Jimmy Choo, and although he had previously imagined something a bit tougher, such as Killer or Spike, her choice stuck. So when an email arrived from Jimmy Choo, Rafael was hesitant to open it. “I thought I was about to get in trouble for naming my dog after them,” he says with a laugh. But to his surprise, the company’s creative director was a fan of his photos and actually wanted to design a collection of accessories featuring Jimmy.

In the end, he created all the images in his apartment, chose colors and styles for the purses, and saw his doodles and dog transformed into a collection of 12 products that he says sold out three times in a row. 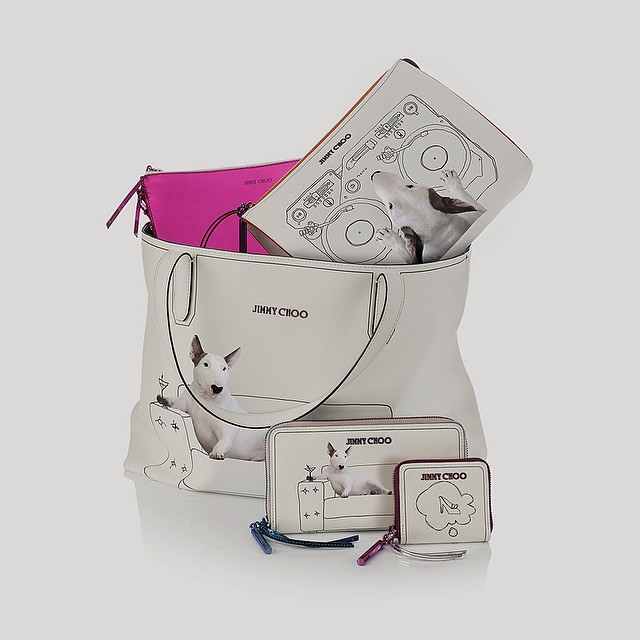 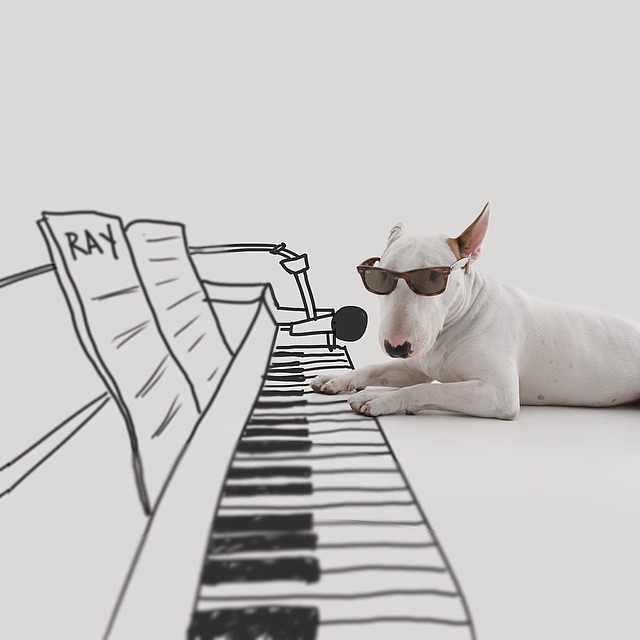 Things have hardly slowed down — Rafael and Jimmy’s first book, A Dog Named Jimmy, is set to be released in October. Their literary debut is already a bestseller on Amazon in the weeks leading up to its release.

“I tell people now that my full-time job is being Jimmy’s owner,” he explains.  But in the end, the fame and success don’t matter when it’s time to create.  “When I’m shooting him, it’s just me and him. It’s our time. I love to see my dog happy.” 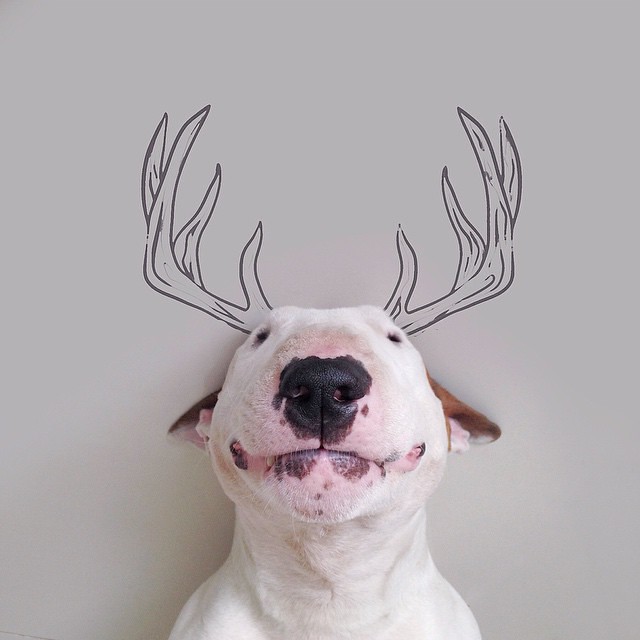 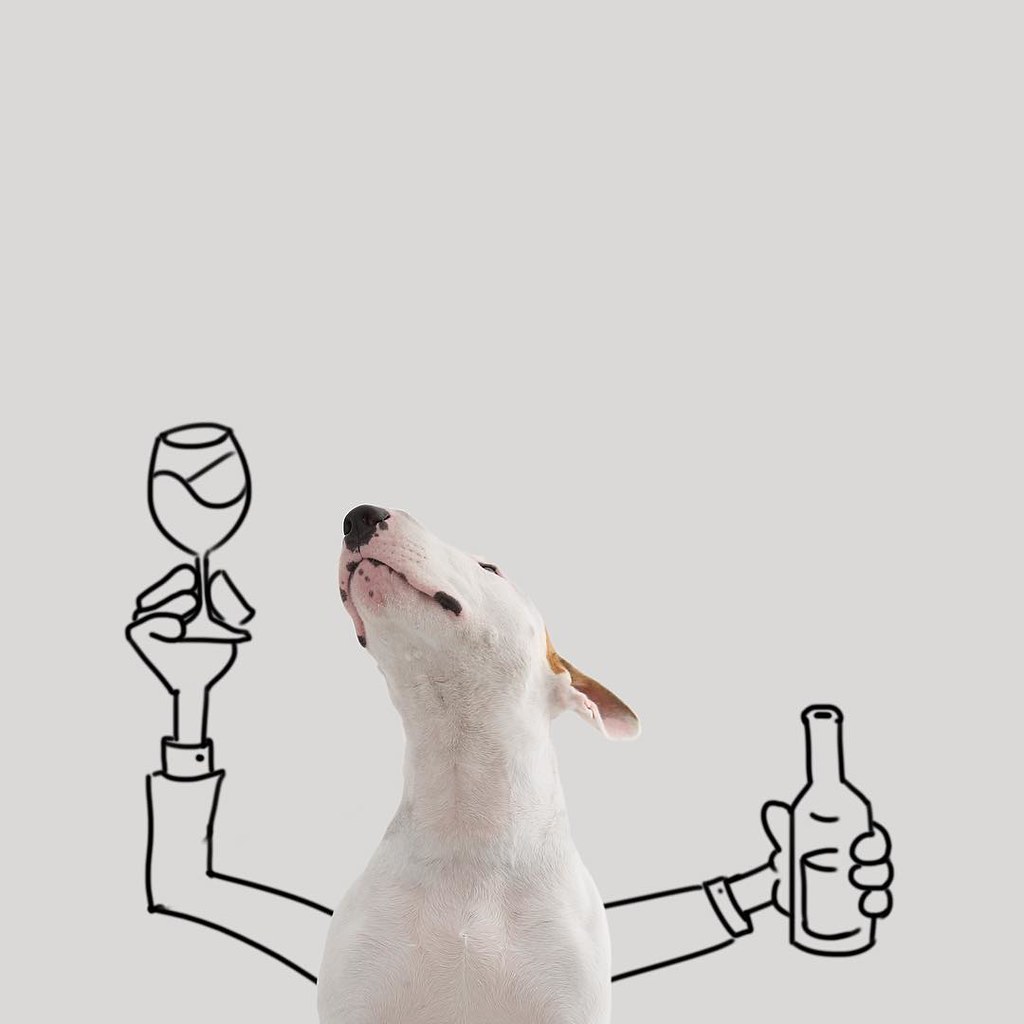 Although divorces are never easy, Jimmy helped his owner build a new life. “I’m so thankful to have Jimmy, and that we’ve had so many wonderful opportunities to bring smiles to people’s faces,” says Rafael. 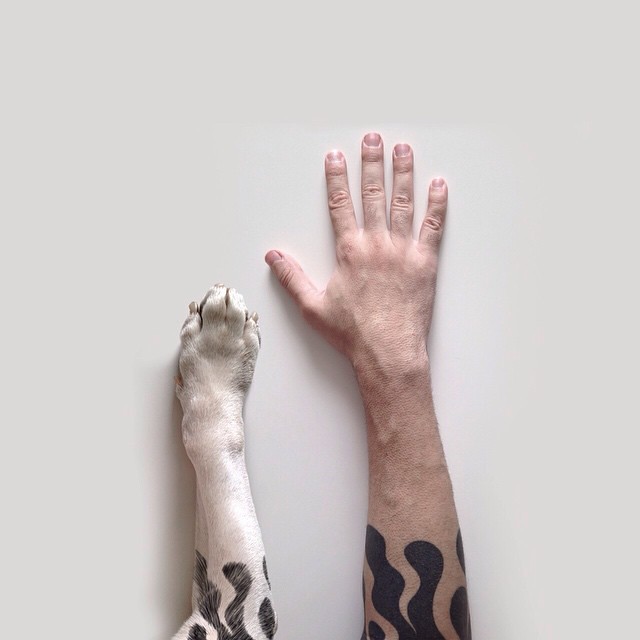 Visit Rafael’s Photostream to see more of his work.
Previous episode: How Tragedy Turned to Hope for a Photographer during the Baltimore Riots

Thanks for showing us how much fun a little impromptu dance can be by sharing your #DancingInTheStreet photo for #FlickrFriday. We loved your submissions! Here […]