Jane Long had never been serious about photography until she bought her first DSLR camera in 2012. For this Australian artist, Photoshop was just a hobby, something she did for fun and to share with friends and family. But early last year, after discovering a collection of public domain photos on Flickr from a Romanian war photographer, she decided she would turn her photo editing passion into a business. 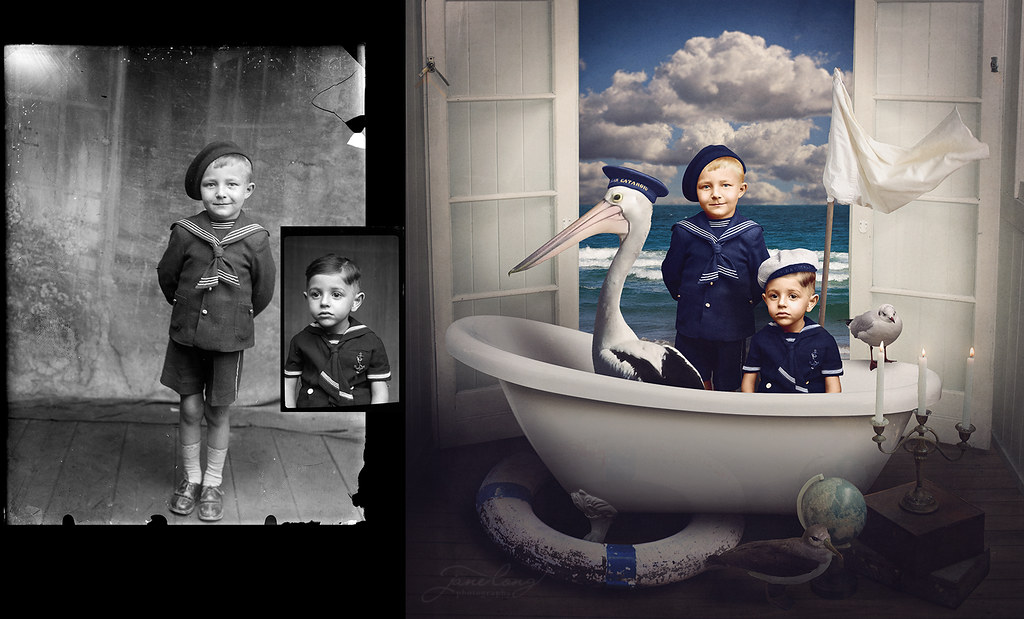 In her series “Dancing with Costică,” Jane transforms vintage photographs into fresh and modern stories. The idea for this project came about by accident, when her local framer asked her if she did restoration work and she decided to create some mock-ups to show him. “I went straight to the Flickr Commons area to try to find some suitable images and came across the Costică Ascinte Archive. I was quite captivated by the images and immediately picked out what looked like a multi-racial couple and a little blonde girl,” she said. 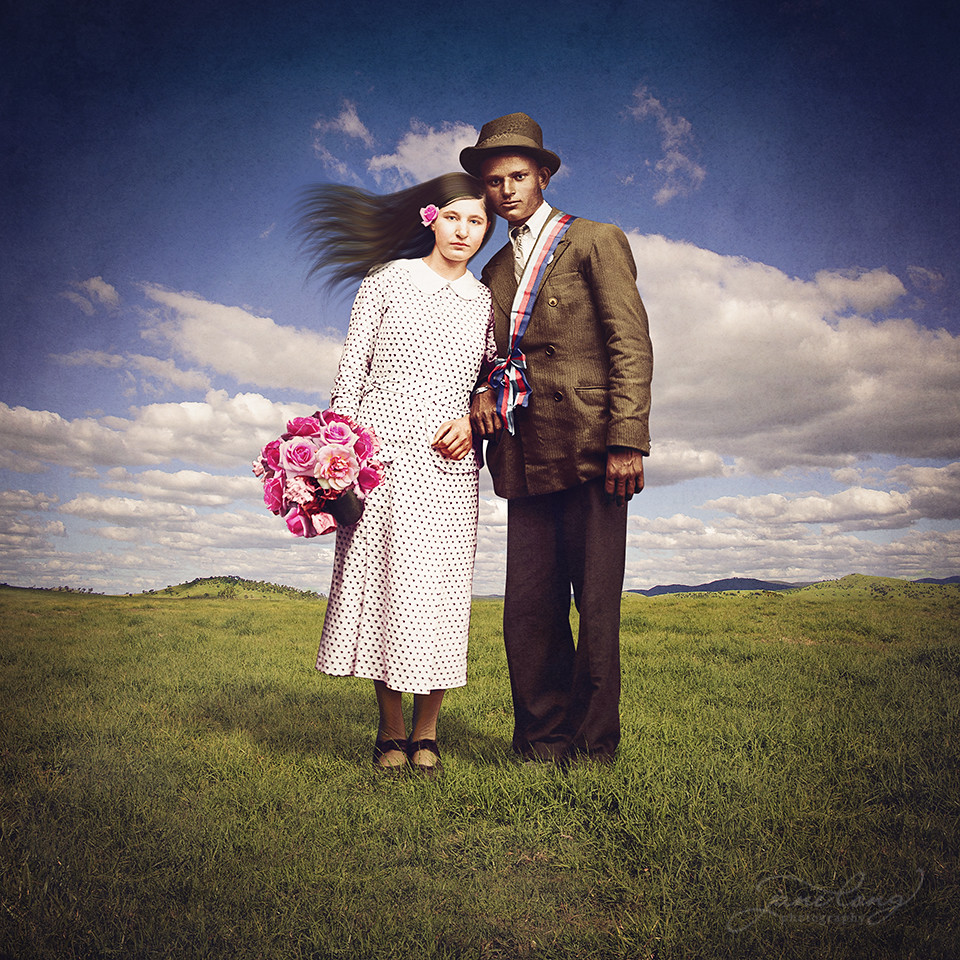 While working on restoring and recoloring the image of the couple, she started thinking about what the life of those people must have been like. “I found myself wanting them to be happy. They have very somber expressions, as was the custom for photography at the time, but that didn’t mean they didn’t laugh and have fun! I wanted to reflect that.” 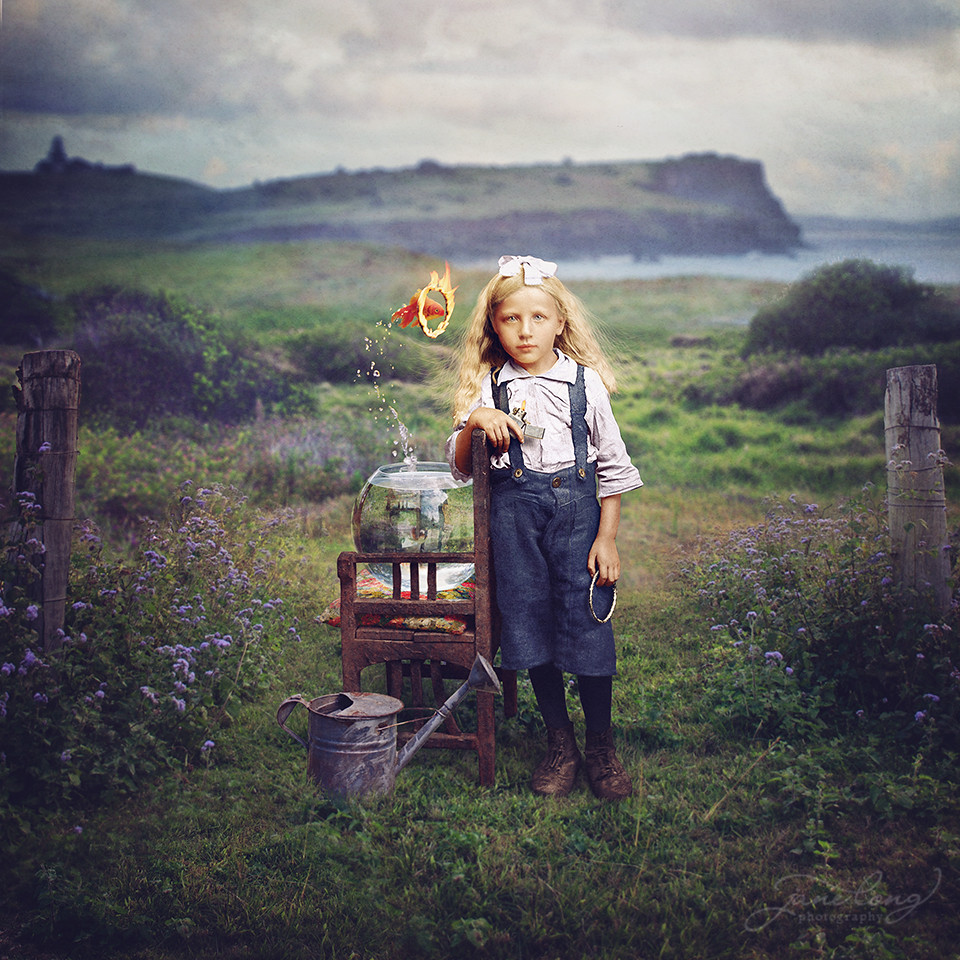 Jane’s most popular photo to date is “Innocence,” the modified portrait of a little girl she found in the Costică Archive. “I knew I wanted to build a beautiful background for her and to have a little friend for her but I don’t know why I thought of a fish!” she said. She also included fire rings to make the fish interact with the girl. 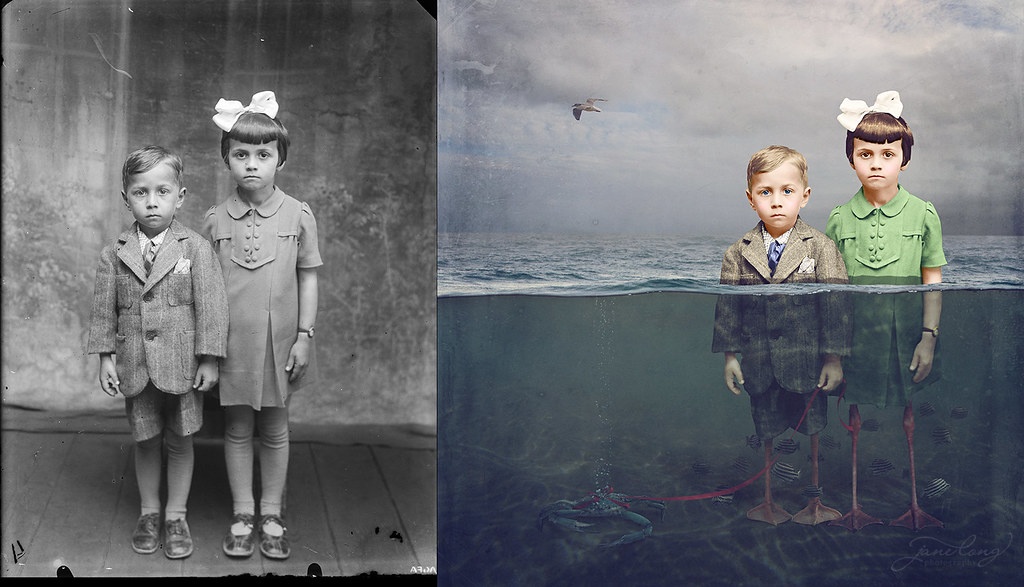 She is equally proud of her work “Underneath,” the picture of two duck-legged children with a very particular pet. “I loved the clothing and expression on the children’s faces, but I definitely wanted to create a darker undertone,” she explained. “The expression about ducks being calm on top of the water but paddling furiously underneath was definitely in my mind as I produced this one.”

Jane has faced some criticism for altering old images or using images of people she doesn’t know. “That’s never been my intention. Quite the opposite really, I want people to see these subjects as someone they can relate to, someone just like them, not just an old photo.” But she has always had the approval of Cezar Popescu, the man who runs the Costică Ascinte Archive. “He’s been amazingly supportive,” she said.

The characters’ stories she creates are often led by the original image or by the Archive as a whole, but her own experiences also play a role. She says “Burn it Down” is probably the most personal one. 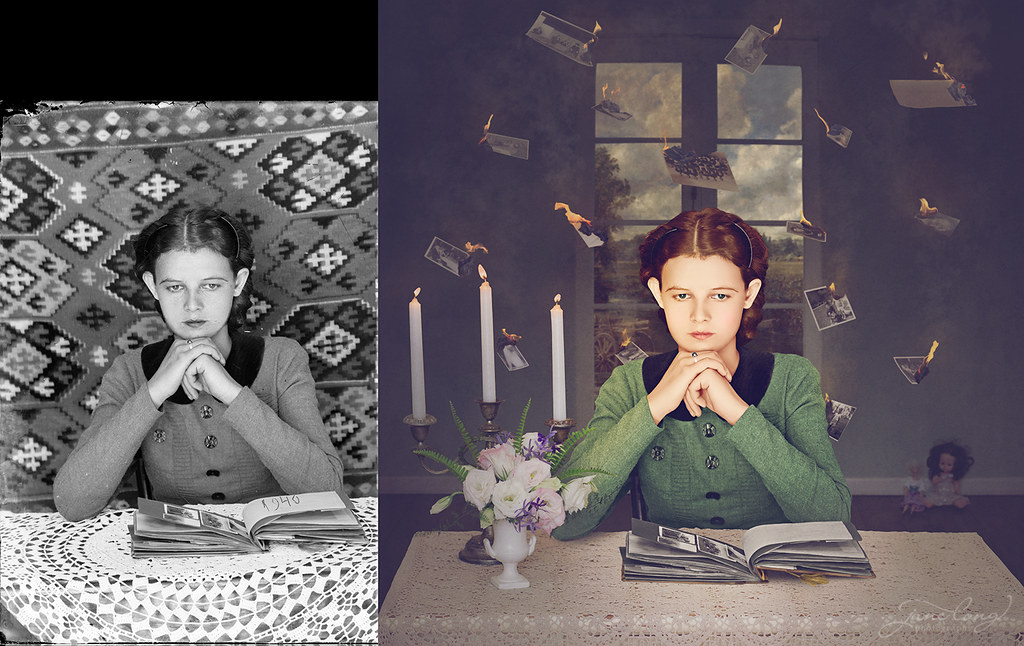 Jane has found support and inspiration in other Flickr users and groups, especially the 365 Days group. She also loves the work of l u d y c o, Alexandra Cameron, Brooke Shaden, Rob Woodcox and David Talley, among others.

Be sure to follow Jane’s work on Flickr to see all of her Dancing with Costică images and to discover the rest of her great work.

This week’s Flickr #TBT theme is #Fashion. Fashion has changed dramatically over the last few decades. And every so often, the coolest outfit of the […]

The theme for yesterday’s Twitter Tuesday was #Thankful. Enjoy the selection of our favorites!

The peace and tranquility of the forests are just a few of the qualities that draw dual-careered photographer, Sapna Reddy. As a radiologist, she studies […]