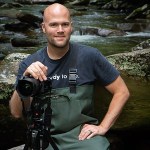 Flickr member Dan Thompson loves capturing the Milky Way with his camera. In this installment of 16 Questions about One Photo, he shares how he captured the galaxy's brilliant details in what he considers his best image of the Milky Way so far. The details of Dan's process are helpful for anyone interested in capturing the night sky or anyone that finds themselves looking to the sky on a particularly clear evening. 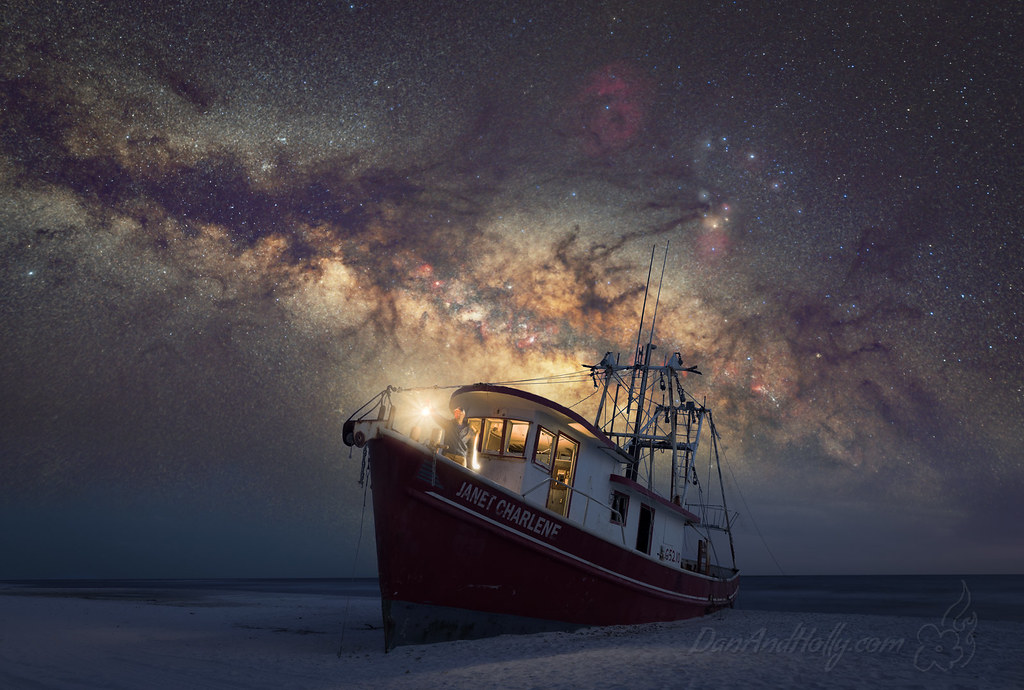 Hi! I am Dan Thompson. I grew up here in the foothills of the Smoky Mountains [of Tennessee] and I currently lead one of the tech research teams for a company called 451 Research. I’ve been taking pictures since I was in high school, but really got serious about it back about 15 years ago. My wife and I love to travel, and so I viewed effort into making my photography better as a means to bring home better souvenirs.

This is me, holding a lantern on the bow of a shipwreck, under the brilliant Milky Way.

To be completely transparent, let’s refer to it as an image. I think the word photo, to some people, implies a single exposure, and there were a lot of exposures that went into this image. However, having said that, I have been really putting a lot of effort into my Milky Way images the last several years, and I consider this my best to date, so that’s why I wanted to share it.

I would refer to this as a nightscape, and yes, I try to make images like these any time the weather allows for it!

The image was taken over two nights, April 6th and 7th of this year (2021), which is spring here in the [United] States. I’d prefer not to divulge [the exact location] because I feel it would be a bit irresponsible, given how small and fragile the area is. It couldn’t handle a giant influx of people, however I will say it was generally in the Gulf of Mexico area of the United States.

Well for part of it, yes. My wife helped me with the light painting and hung around while I captured the foreground, but gathering the sky data can take quite a long time. [It took] three hours for this image, starting around 2 a.m., so she let me do that by myself. :)

I shot this with my Canon R5, which is full spectrum modified to be able to do astro imaging like this. I, of course, used a tripod and then an iOptron tracking mount for the sky exposures. The sky images were edited in PixInsight and then blended with the foreground images all in Photoshop.

I’m constantly looking for new subjects for my nightscapes. It’s all a bit tricky because you want an area that’s generally low light pollution, has times of clear skies, specifically during a new moon phase, and is hopefully at least somewhat easy to get to, so that if the sky clouds up you haven’t wasted a ton of time. The subject has to be facing a certain way so the Milky Way can appear in the image in a compelling way all while still yielding a decent composition. Haha, I don’t ask for much!

I had two chances to get the foreground right and only one chance to get the sky right because [of] a series of storms that rolled in and then we had to get back home.

10. Did you edit (or do any post-processing/production on) this photo?

Oh, yeah. To get this much detail in the night sky, you simply have to shoot it separately from the foreground, which means right off the bat you’ll be using Photoshop or some similar program to put all the pieces back together. All the data was gathered there at the site though and is astronomically correct, so one day, when camera tech advances to the point that you can do it one shot, it will look just like this.

I’ve shared it briefly on Instagram in my stories, but I’ve not posted this image anywhere yet other than Flickr. I generally post things to Flickr as my first sort of socialization. I like being able to go back and look at it and have other people comment on it there to make sure I didn’t overlook anything or make any mistakes that need correcting, and then I broadcast it to the rest of the world.

I learned [that] I love my new camera! I’ve been wanting a modified camera for a while so that I could “see” more of the light sources that are in the night sky. Normal cameras have filters over their sensors that block out certain types of light, not visible to the human eye. You end up with more rich colors and way more vibrant reds from hydrogen alpha emissions. It’s so cool.

Yes, actually, because it was a point of contention. I had seen in the weather that I may just get one shot at the night sky, and my wife and I got into town later than expected. We rushed to the grocery story so she’d have some food for dinner to make without me, and I ate a protein bar and was just hungry until I got done! The sky doesn’t wait!

You know, we as humans are destroying a lot of things on this planet, and one of them is the beautiful night sky. We’ll never be able to see it like in this image – our eyes don’t have the capability to (your cat might, though!). If you go to a dark enough location you can see the body of the Milky Way and many of its features with your own eyes, but those areas are rapidly disappearing because of over development and development that isn’t mindful of dark site building practices. I want this image, and all my nightscapes, to remind people that the night sky is worth saving!

Oh sure, I’d love to know what people think of it!

This entry is a guest post by Lou Noble, editor-in-chief of The Photographic Journal, and an active Flickr member for fifteen years. The pandemic having […]

“Summer evenings, butterflies, and meadows… my very favourite combination for unwinding after work. This is an especial favourite as I got lucky with pre-sunset light […]