One of the very best things about Flickr are the ways in which people extend the platform and play with the system. Here are some recent examples, and comments are open so you can add your own to the list.

Mediamatic held another in their series of Flickr event in Amsterdam on September 19th. Called Playing Flickr v2.0, the event was held in the city’s Post CS building and involved attendees SMSing tags to a server which then displayed photos matching those tags on a series of giant screens. Flickr user slabbers grabbed the shot at right of one of his own photos appearing on screen.

How long till we get one of these here in San Francisco? (Or, for that matter, New York, Tokyo, Dubai, Cape Town, Taipei, São Paulo, Moscow, etc.)

In other news, Flickr user fd has a new addition to his fantastic collection of Flickr toys— his random photo browser (discuss) fetches a selection of random photos that have been favorited by at least one person. You can then view random photos from the favorites collection of various users and go off exploring on wild tangents.

Many readers will recognize fd’s tip of the hat to superstar Flickr hacker GustavoG who recently expanded (discuss) his original FlickrRandom to allow you to get random photos by user or by group – there’s even a very cool group browser that finds related groups.

Finally, robertoschler has released several cool tools, including this commenting tool (discuss) and BreadKrumbs (discuss), a way of sharing the paths you follow through Flickr photos.

Of course, this is just a smattering. What else is out there in the land of Flickr extensions?

—
Updated with things I was reminded by from the comments:

And, of course, that’s still not all …

A refreshing change from poker playing dogs! Photo by Colleen. (And proof that we do read the FlickrCentral recommendations for FlickrBlog thread.) Bonus link, NOT […] 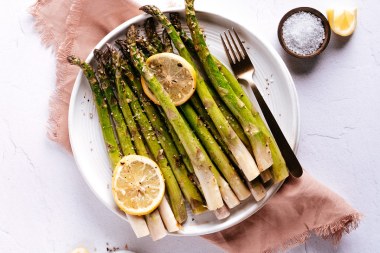 In this One Photo, 16 Questions interview, food, lifestyle, and portrait photographer Meika Ejiasi shares why this photo of moody asparagus is one of her personal favorites.