At Flickr, it has always been our goal to enable new ways of sharing photos (and video). Apart from the various tools we’ve built within Flickr itself to help you share photos with those near and dear, the software backbone of Flickr — our API — has been public for about 4 years too. For those non-nerds amongst us, that means that developers from around the world have been able use our API to mould the Flickrverse into a completely different shape, like FD’s Toys, Photojojo’s Time Capsule & krazydad’s FlickrColor Pickr. When you decide to release software into the world, it is exciting to see it transformed into something new.

That’s part of what appealed to us so much about a fantastic project called OpenStreetMap – a free, editable map of the world, made by the people in it. What an exciting prospect to be able to see maps that are alive and have been lovingly created by citizen cartographers all over the world. What an even more exciting prospect to be able to display those maps in Flickr!

We racked our brains for a place that we knew we didn’t have a very good street-level resolution for, and had something going on there right now… The 2008 Summer Olympic Games! They just kicked off in Beijing! 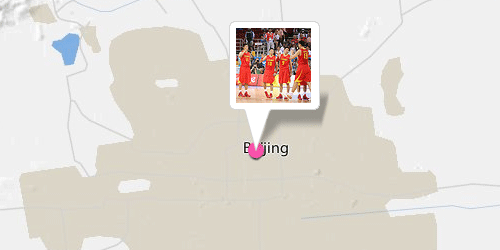 Thanks to the Creative Commons Attribution-ShareAlike 2.0 license in use at OpenStreetMap, we are able to download and make use of these hand-crafted map tiles to improve the street-level resolution of the Beijing map in Flickr. 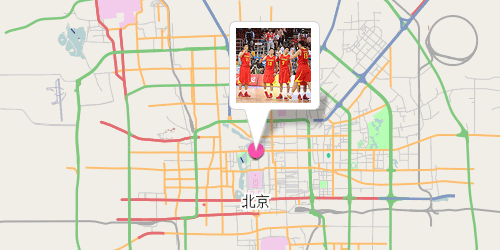 I also noticed that an old Flickr buddy from the Vancouver days, Kris Krug, is lucky enough to be travelling around Beijing, taking some fabulous pictures at the Games, as well as some lovely “vox pop” shots of the streets, the people and food of this “Great Ancient Capital” of China. Wish I was there!