You know that moment when you crack open a new canister of 35mm and that unique smell of chemicals & plastic wafts outwards? That’s one of my favourite moments. Really. It’s been a personal goal to share my love of film photography with as many members of Team Flickr as possible. There are some converts. Yay! 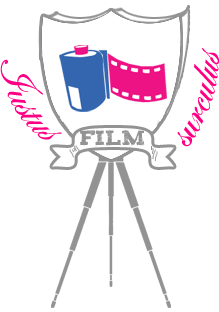 Team Flickr invites you to become a charter member of our brand spanking new group: The Film Fanciers’ Guild.

Our creed? To celebrate the beauty of all things film, to raise our fists to the sky and proclaim that “film is not dead!”

And to celebrate the launch of The Film Fanciers’ Guild, we’ve teamed up with up with our friends at the Lomographic Society International to spread the word that film isn’t dead!

Any photo contributed to The Film Fanciers’ Guild group pool between now and August 25th will have the chance to be shown at this year’s Photokina conference in Cologne, Germany, where Lomography is building a “Lomowall” as the highlight of their the “Future is Analogue” exhibition.

There’s more info about Flickr and Lomography in The Film Fanciers’ Guild.

We’re pleased to support the Berlin Fotomarathon again this year. If you haven’t heard of Fotomarathon, you’ll be thrilled to know it doesn’t involve running […]

At Flickr, it has always been our goal to enable new ways of sharing photos (and video). Apart from the various tools we’ve built within […]