Growing up, Canadian photographer Joel Robison, known on Flickr as Boy_Wonder, was always a bit of a daydreamer. Blame it on the movies he watched or the stories he read as a kid, but it caused him to look at everyday objects differently. It’s a creative direction that blended both fantasy and reality. And years later, it would lead him to a dream job in photography and become a Flickr icon!

Joel’s foray into photography began after college graduation. It was when he established a teaching career when he felt something was missing. 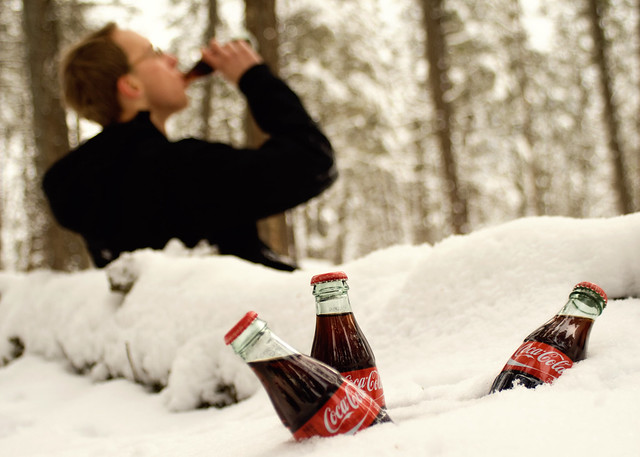 “I didn’t really feel connected to that part of my mind that was creative,” Joel recalls. “I didn’t feel inspired. One day, I came across Flickr and saw photos by people that were so creative, entertaining and engaging! It was like a light bulb went off in my mind that maybe you need to try a camera.”

Joel went on eBay and bought a cheap, used DSLR camera for about $120. He began to play with it — learning different camera settings, shooting every single day, and he quickly came to realize that he wasn’t going to put the camera down for a long time.

“I started taking self-portraits and using that as a chance to to tell my story through my eyes, with me as the person that’s telling that story and that changed everything for me,” Joel admits. “On Flickr, I was inspired by connecting with other artists whom I felt have a similar style as me. It was this collaborative friendship that helped keep my inspiration flowing.”

Joel downloaded Photoshop and began to see the potential it had to create stories he’d seen in movies as a kid. He was finally able to tap into his imagination and express it to others.

“When I first started learning Photoshop, it would take a few hours for me to finish an image,” Joel says. “But the more I practiced and played with it… you know, trying to make these ideas in my head come to life, it started to happen. I started to see myself as being small, things around me being big or have a different purpose than they actually do. And the more I recognized that the pictures in front of me were the same as the ones that were in my mind, it encouraged me to keep going, keep trying new things.”

A few years into his photography, Joel took a picture of a few Coke bottles in the snow and posted it on Flickr. A friend of his suggested he send the photo to Coca-Cola in hopes they’d use it. At the time, Joel laughed it off and didn’t think anything of it.

“It was about a year later that I got this message from someone that works inside Coke saying, ‘Hey we’d like to take your picture and share it on Twitter. Would you be OK with that?’” Joel says, “I was very excited, and it made my day.”

“About three weeks later, I got this phone call from them saying they had developed a project for me to moderate their Flickr community,” Joel recalls. “They [Coca-Cola] wanted me to take their Flickr page, help it grow and to use my photos to encourage other people to submit their photos based around their positive themes.”

Joel moderated Coca-Cola’s Flickr community for about a year and a half. When it was all over, Coca-Cola presented Joel with an incredible opportunity.

“It totally changed the course of my life,” Joel admits. “I was able to quit my job and accept photography as my full-time career, and I haven’t looked back since. It’s been non-stop, I feel more passionate about it every day, and I feel like I am allowed to share with the world what I see, and I feel very supported in that.”

Today, many Flickr members marvel at Joel’s work, and he has inspired others to follow his lead. When asked about his success, Joel says he’s extremely lucky and admits he has a dream job.

“I’m 29 years old and I never would have dreamed that my life would include photography, travel or the experiences that I’ve been able to have,” Joel says. “To be able to create what I do, be accepted as I am and have people enjoy what I do is amazing.”

Visit Joel’s photostream to see more of his photography.

Our last Flickr Friday theme was all about music and the way we listen to it. The theme was #HighFidelity, and these are some of […]