It’s a real ‘modern-day’ love story: Boy takes a photo and posts it online. Girl randomly finds it and comments on the photo. They talk, meet and fall in love. Four years later, boy asks girl to marry him. And it all happened thanks to Flickr.

“I don’t think anyone signs up for a Flickr account thinking they’re going to meet their future spouse,” Whitney Tuttle, now known on Flickr with her husband David Tuttle as his&hers, tells The Weekly Flickr. “I certainly didn’t! But looking back it’s pretty incredible and I wouldn’t have it any other way.”

Dave and Whitney’s relationship began as a result of an urban art project in their hometown of Portland, OR. All over the city, there are iron horse rings embedded into the sidewalks — originally used to tie up horses prior to the use of cars in the 1800s. In 2005, an artist started zip-tying toy horses to these horse rings to commemorate them. 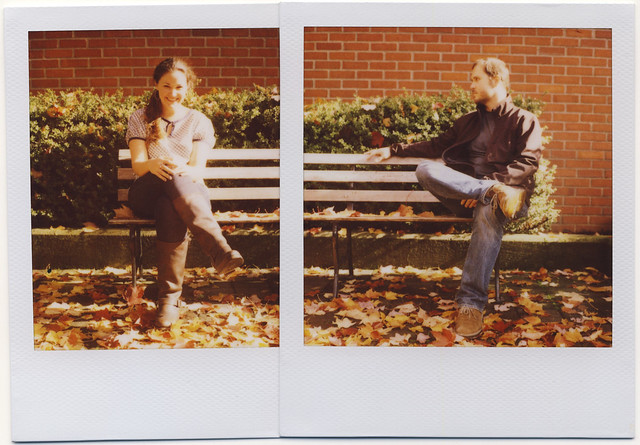 In March of 2008, Dave posted a Polaroid he had taken of one of these horses tied up in his Northwest Portland neighborhood. It was his first photo upload on Flickr.

“I randomly found Dave’s Polaroid posted on Flickr,” Whitney explains. ”I recognized it immediately because I had taken a Polaroid of the exact same horse! So, I left a comment and said, ‘Is this on Northwest and Everett?’ And he said, ‘Yes it is.’ And that’s how we met.” 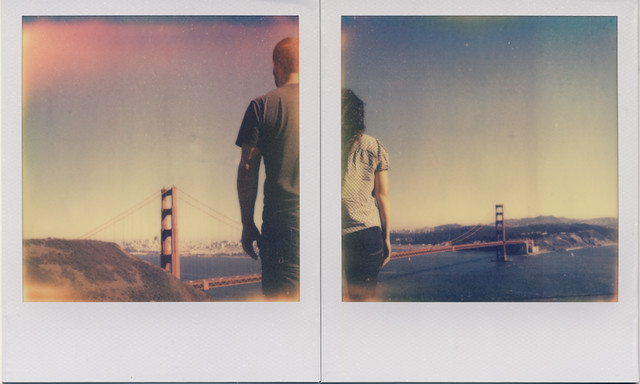 Both Dave and Whitney had a passion for Polaroid instant photography and began corresponding via FlickrMail about each other’s photos.

“At the time, I would post Polaroid photos of nature, cityscapes and things like that,” Dave says. “Whitney was posting a lot of portraits of friends, candids and lots of selfies! We just started communicating back and forth on Flickr and liked what each other’s photos.“ 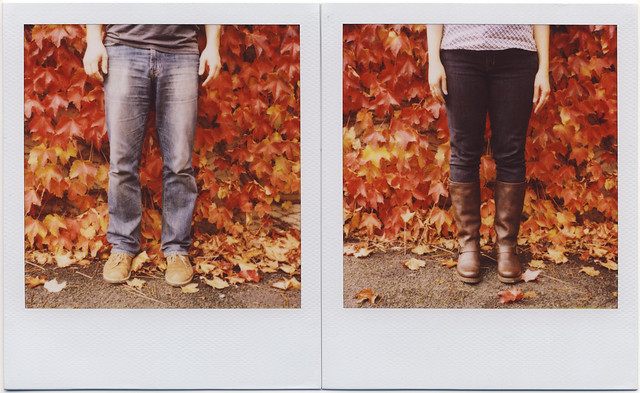 Dave and Whitney continued this internet correspondence for a year and a half. Throughout this time they both admit it was strictly “Polaroid nerd talk.” It wasn’t until August of 2009 when they met face-to-face at a Flickr members event.

“There were no name tags at the event, but I knew what Whitney looked like because she posted photos of herself on Flickr,” Dave says. “I actually had never posted a portrait of myself. So when I introduced myself to her, she had NO idea who I was.” 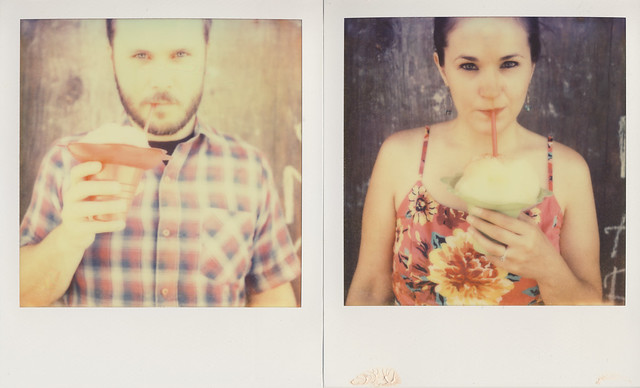 “I thought he was pretty cute,” Whitney admits. “And then the more I got to know him, the more I realized we had a lot in common. At that point I thought maybe we should go hang out and take some Polaroids.”

It would take another six months for the two to begin hanging out together. The day after Halloween in 2009, they met at a mausoleum to take spooky photographs for an upcoming Polaroid Week event. They took photos all afternoon. 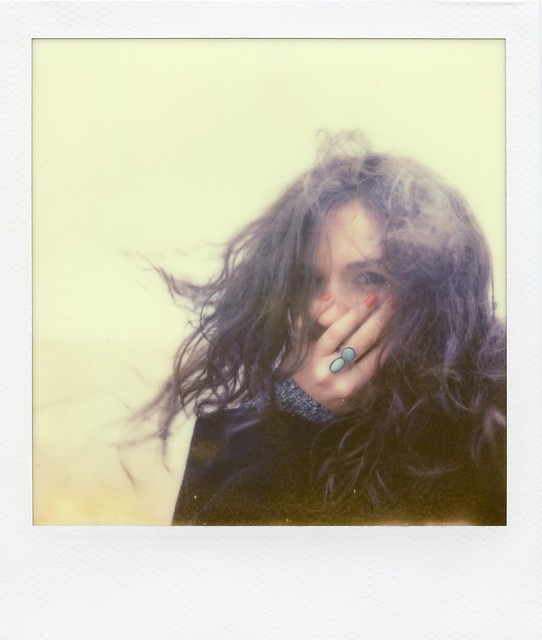 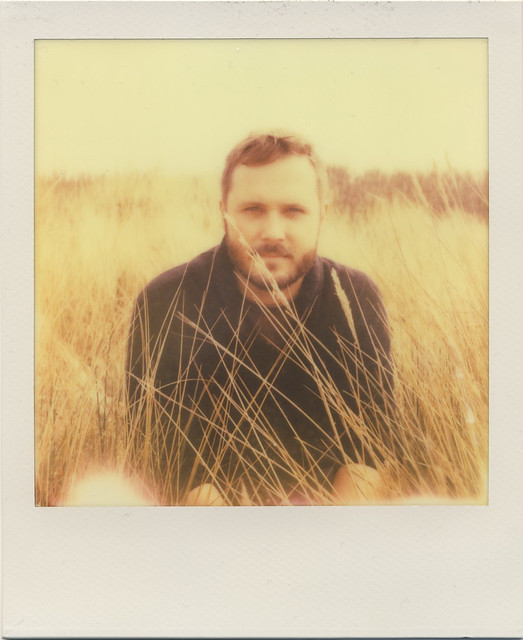 “I wouldn’t consider it necessarily the first date… but looking back on it, it was kind of where those first sparks kinda started,” Dave admits.

“Yup, it was at a mausoleum,” Whitney laughs. “How romantic, right?”

“We just had a great time,” Dave says. “We turned that into dinner and that turned into meeting up again shortly thereafter. And then, we just kept on meeting up, and it stopped being Flickr and photography related and became ‘Hey, I kinda like you’ related.” 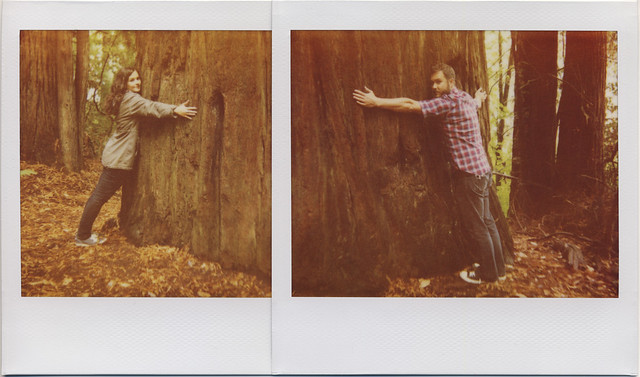 In February of 2010, their relationship became official. During this time, they combined their Flickr pages and started a project called “His and Hers”. They would take separate photos of each other and put them together as a diptych. It slowly (and unintentionally) became a great way to document their relationship.

After more than three years together, Dave decided to propose to Whitney. 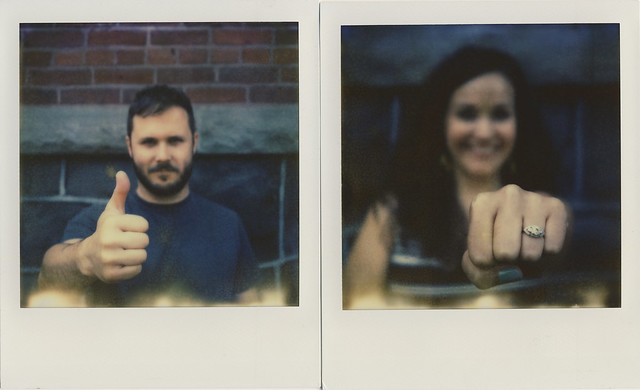 “I knew I had to ask her at the same corner where we first met,” Dave says. “Of course, it wasn’t exactly where we met, but we both took the same photo at Northwest 11th Avenue and Everett Street. It was that photo that brought us together so I knew it was the perfect spot.”

“And so I had the ring, and I got another [toy] horse,” Dave says. “As we got to the corner, I got to one knee and I said, ‘Well this is where it all began,’ and I asked her if she would marry me. After she said yes, we tied the [toy] horse together onto the ring and named it Flickr… because that’s where we met!”

Dave and Whitney got married last July in a beautiful ceremony surrounded by family and friends — some of whom they met on Flickr. 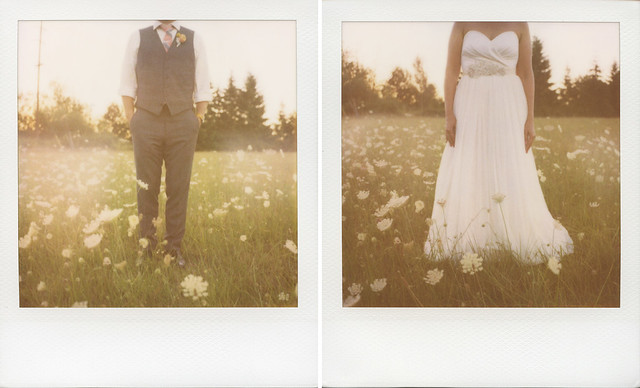 Looking back, the couple recognizes their story is one for the books. What are the chances of two people meeting and falling in love on Flickr?

“It’s pretty crazy to think that we met on Flickr and whether our worlds would have collided without it,” Dave says.

“You just never know,” Dave says smiling. “It’s one of those things that happens in a lifetime. And we’re so happy it did.” 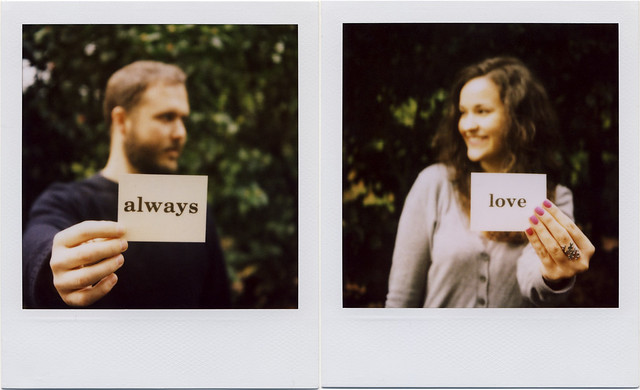 Visit Whitney and Dave’s photostream to see more of their photography.