It’s not every day a photographer can make you look twice at a photo and seriously marvel at it. But for 18-year-old Laura Williams, nearly 200,000 people viewed Laura’s self-portrait in awe and bewilderment — making it a viral sensation.

“I like the idea of creating an image that’s perhaps a little less obvious, like an illusion,” Laura tells The Weekly Flickr in the accompanying video. “One that really intrigues the viewer and tries to trick the eye. It’s something I strive to do, and I love it!”

It’s hard for Laura to pinpoint the inspiration behind her conceptual photography. Like many artists, she’s influenced by her surroundings. 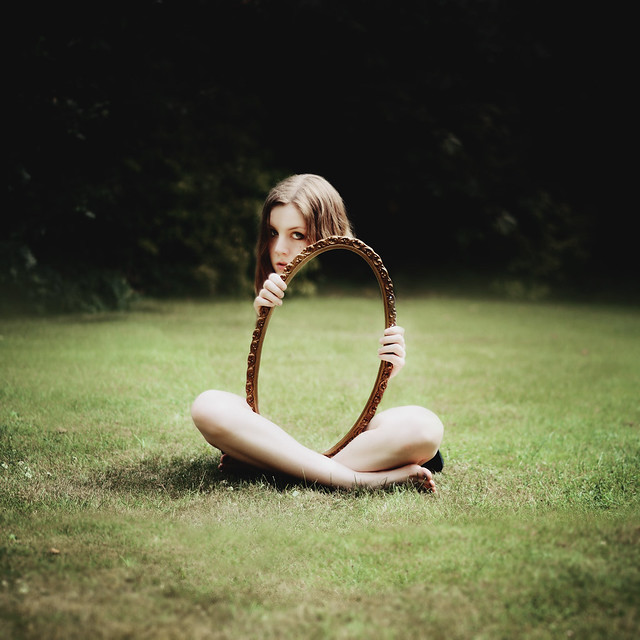 “I’m inspired by so many things like dreams, nature and other photographers,” Laura explains. “I find that inspiration can come at any time. And often when I find it, I’m not specifically looking for it… it just sort of comes to me.”

Laura admits to having vivid dreams, which is why she keeps a dream journal in which she records memories and details from her imagination.

“When I read dreams that I had a year ago, I can remember quite a lot about how I felt at the time, which I then try and translate into my photography,” Laura says. “Your subconscious can be very powerful. A lot of times my dreams are sort of foggy and desaturated. That’s probably why many of my images are; it’s an aspect in photography I really like.”

Laura’s Invisible series came about after discovering a mirror in her aunt’s house. Admiring it’s simplicity and the shape, she saw its potential to be a prop in her upcoming work.

“I originally envisioned something that gave the illusion of being or feeling invisible, and using the frame to suggest this,” Laura explains. “I wanted to create something that felt quite eerie and really capture the viewer’s intention.”

Laura used the mirror to make it seem as if her torso disappeared.

“It was a challenging shoot to do, as I was by myself and getting the focus right was not easy,” Laura admits. “I would reset and sit back down repeatedly, literally going back and forth! The post production was really fun and that’s when the image really came together for me. It allowed to really play with the illusion and create the mood that I wanted… which is the feeling we all have of not being heard. Perhaps it stems from our youth, but I think it’s something we can all relate to.”

When Laura first uploaded her photos online, she thought nothing of it. Weeks later, when she came home from college in Cambridge, England, she was amazed to see how popular they became.

“It was so awesome to have my work being seen by so many people and have it intrigue them as well,” Laura says. “I love reading other people’s comments and their theories on how I thought I did it. One person actually drew up some kind of mathematical, scientific algorithm of some sort of how it wasn’t possible!”

“I mainly just want to interest the viewers and draw them into my work,” Laura says about her photos. “I like the idea of them looking at my work and being intrigued by it… maybe create their own meaning for it, that’s maybe personal to them.”

The popularity of her series encouraged Laura to pursue photography as a profession. She now dreams of becoming a freelance photographer, shooting and editing album covers on her own.

“I feel really proud of my work,” Laura says. “This entire experience has defined who I am. [I can’t] go a whole week without shooting. It’s like an addiction now. It’s been so exciting, and I’ve had so many new opportunities come my way. I can’t wait to see what’s next.”

Visit Laura’s photostream to see more of her photos. 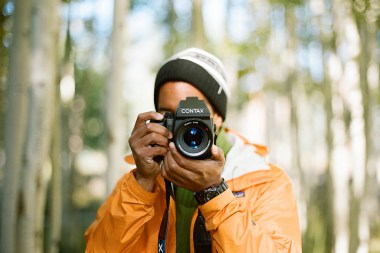 Diyosa started shooting with a DSLR in 2005: “I learned with other fresh photographers and those more experienced who were more than willing to share […]