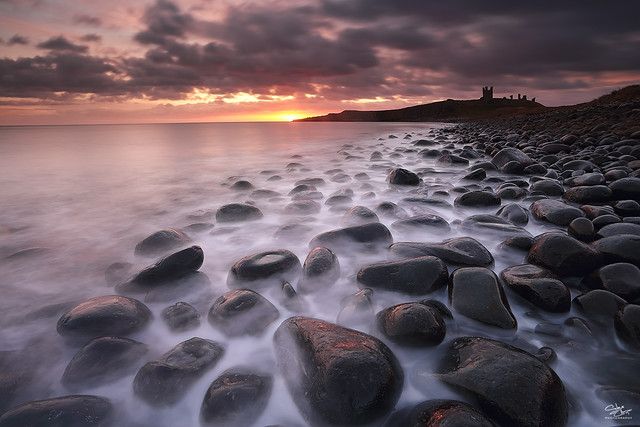 For photographer and Flickr member Steve Clasper, the sea is a canvas for sublime long exposure photos, where the surface of the ocean is smoothed to pink and orange pastels and waves turn to mist around the glistening rocks on the shore.

Steve began taking photos in 2007 after getting inspiration from seascapes and landscapes that he saw online. His first DSLR was a Canon 400D, and he currently shoots on a Canon 5D Mark III, using an array of filters, including a Lee 0.9HE Grad, two Kood ND4 filters, and a B&W ND110 10-stop for exposures lasting many minutes. He often shoots his seascapes near his home in Northumberland, England.

We’re happy Steve agreed to share tips and tricks for how he shoots such lovely images with the wider Flickr community. We hope you enjoy. 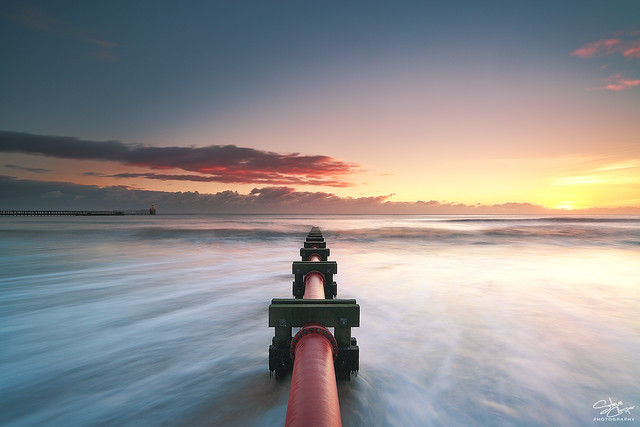 Flickr: Can you tell us more about this photo? What were the circumstances of the shoot?

Steve Clasper: This was a planned shoot as it’s close to where I live in the northeast of England. I’ve know about this location for a while and all the local photographers have more or less got this one in their portfolios too. The pipe has recently been replaced with a newer red one, and it looks rather nice against the sea and sky when the conditions are right, so I got a nice and early start to capture the sunrise and make that red pipe stand out.

SC: I think the most difficult challenge is keeping sea spray off the filter when the conditions are a bit feisty. Doing long exposure work, it could be going OK until the final second. And then, a whole load of spray could get on your filter.

Flickr: Was it hard to balance the tripod in this shot?

SC: The tripod here has two legs balanced on each wood post, and the 3rd leg is balanced on the pipe itself. So, I was balancing on the pipe to get this shot — obviously the sea wasn’t too far in as I’d not have risked doing this, otherwise.

Flickr: Is there anything in particular in post-processing that made the image pop further?

SC: I lifted the levels in CS6 a bit to brighten it up and then used a slight red color balance lift in the highlights for the sky and also a slight yellow lift — then contrast to about 9/10 and a very slight S-curve.

Flickr: With long exposure and water, what advice would you give other photographers to take images like this?

SC: Cover the eye piece on your camera with the rubber cover on your camera strap or use a cloth. This will stop light from leaking into your camera and spoiling your image. Also if you’re on the sand, then push your tripod legs deep into the sand. You’ll get less movement and shake, and you’ll get one or two more keepers.

SC: The groups and the variety of images in them, you get really inspired to try different techniques. And if you’re after a specific style, then a quick search on Flickr is the way to go.

SC: I’ve gained a lot of knowledge and helpful tips on my photographic journey through them, and the inspiration is never ending. Flickr has made me go out every time to try and better my previous shot. It’s a source of information for locations and how to better your image. 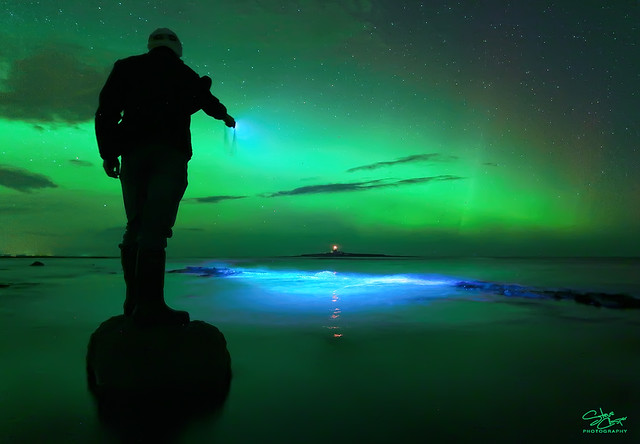 Flickr: Was the degree of difficulty a lot higher for this image, given that you’re in your own shot?

SC: The Aurora is very rare to capture in Northumberland. So when it was known that it had made an appearance, I rushed and grabbed my camera and headed off to a place I visit often in Low Hauxley on the Northumberland coast. After a few shots, I decided to take a “selfie.” So I found this nicely placed rock, which gave a nice composition with Coquet Island on the horizon and the Aurora lighting up the night sky. I set my timer for 10 seconds on the camera and stood on the rock with my torch pointing ahead. I had to stand still for 8 seconds as the settings were 8 seconds at ƒ/4.5, ISO1600 and 23mm.

Special thanks to Stuart Patterson for sharing the photo above of Steve balancing on top of the red pipe.

Our last Flickr Friday theme was #DorothysRedShoes. This is a selection of our favorites from your submissions. It was a lot of fun going through […]

There is always something special when you take a portrait at the right moment. The second where you can steal a beautiful stare or feel […]