These days, it’s hard not to come across parents begging for our attention online by posting photos of their kids. But when you take a look at photographer Dave Engledow’s photostream, it’s pretty clear that he doesn’t have to beg for our attention — he already has it! 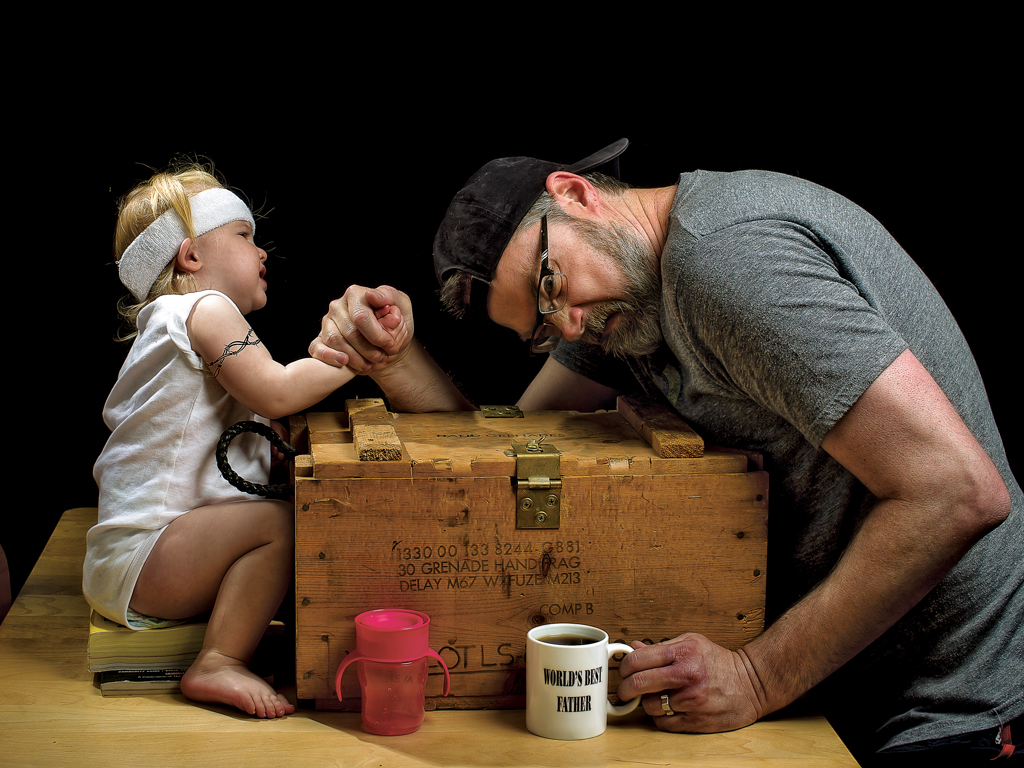 “I was feeling exhausted from a lack of sleep, and I wanted to create an image that made fun of just how completely clueless I was feeling as a new father,” Dave explains. “So I had the idea of doing a shot where I was holding Alice like a football and distractedly using her milk for my coffee. As I was putting the shot together in my mind, I realized the joke would be stronger if the coffee mug said something like ‘World’s Best Father’ on it. So we got the mug, put the shot together, and then posted it. We had friends wanting us to continue creating these kind of images, and the photo series just kind of took off from there.”

The hilarious family photo album became an instant viral hit as audiences fell in love with Dave’s character as a distracted father.

“The character is sort of a manifestation of all of my fears and insecurities as a parent,” Dave says. “He’s distracted; that’s one of the fears that I had as a father, that I’m going to be so absorbed in my own world, that I’m going to miss my child growing up. I was constantly afraid from the minute Alice was born, that I was going to be that guy on the news that you read about that was driving down the road with the car seat on top of the car.” 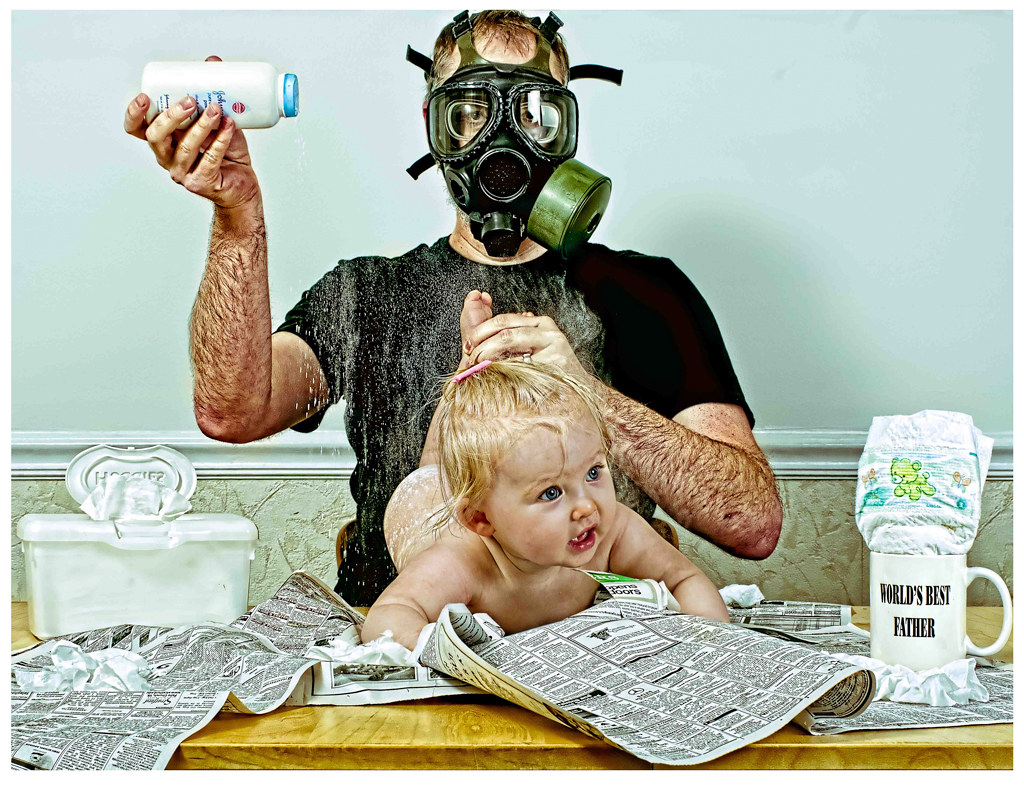 Dave’s process in capturing his photos is similar each time. He and his wife, Jen, will come up with an idea or concept and spend about an hour staging the scene. In almost every shoot, Dave shoots himself and Alice separately.

“Before she could walk, these were pretty easy, because we just had to prop her up or set her up on the table and make sure she didn’t fall over,” Dave explains. “But now that she’s old enough to kind of walk away and be interested in other things, we really have to work to make it like a game for her. So we’ll shoot Alice’s part, then I’ll set the camera on auto and go into the scene and just ham it up.”

“Editing takes probably five to ten hours,” Dave says. “Photoshop is very heavily involved. It allows me to work in layers so I can add flames or sharp knife in post. I often get asked if I’m ever putting Alice in dangerous situations — that’s not the case at all. Alice doesn’t actually have to be sitting on a barbecue grill with her feet directly over the hot flames. I shoot her part first, later light the fire and merge the images together.” 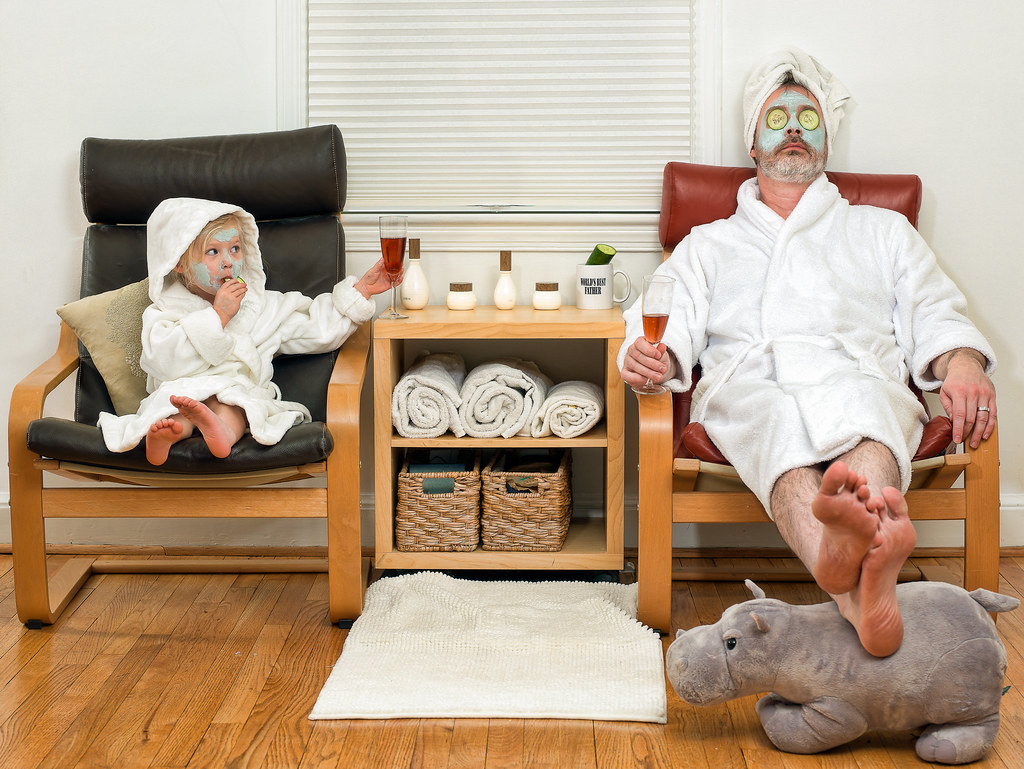 To date, Dave’s created more than 130 of the “World’s Best Father” images. He’s appeared on television and has a book being published. But for Dave, the most successful and important part of the project has been the feedback from others.

“The goal of this project all along has really been to create something unique for my daughter,” Dave admits. “I knew from the minute she was born that I wanted to do something that was a little different or unique. I didn’t realize or didn’t know at the time that it was going to involve me inserting myself into the photos. But I wanted her to have something that only she is going to have, and I think we are in the process of accomplishing that.” 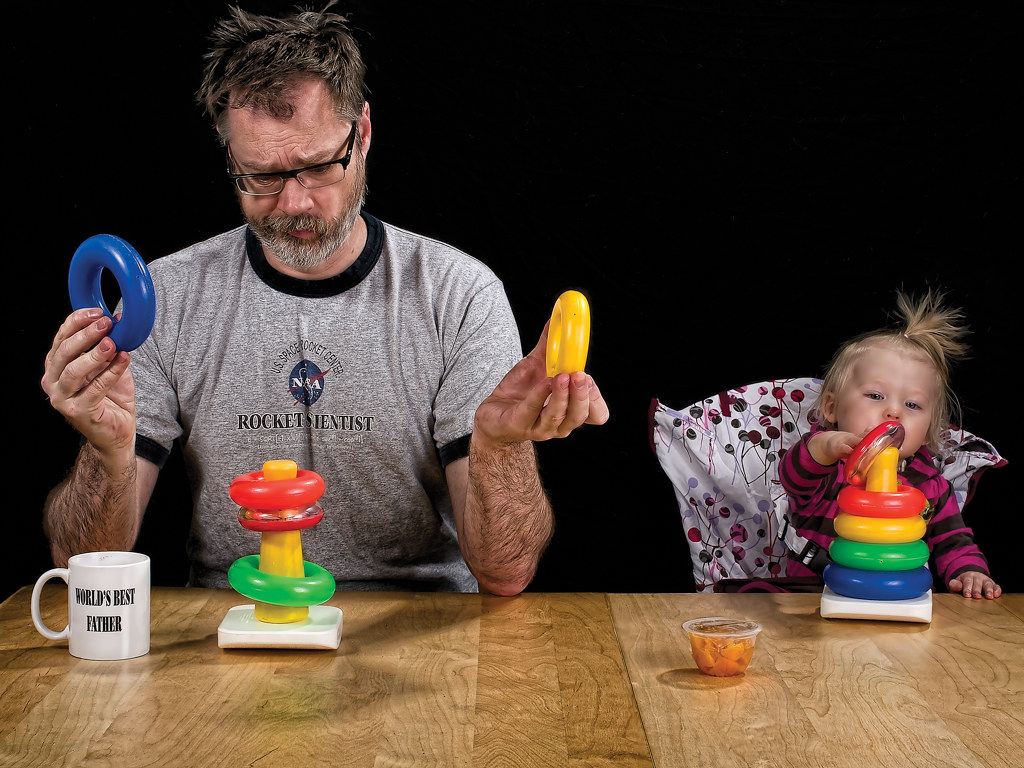 Visit Dave’s photostream to see more of his photography.
Previous episode: You’ve never seen family photos quite like this before!

We asked you to join us in exploring the past with your photos by introducing Throwback Thursday last week. Here’s highlights for this week’s throwback assortment, including a huge crowd of people filling Ludgate Circus in London probably to watch the Lord Mayor’s Procession held just before the armistice that ended World War I.