Sheep are a staple on farms, nursery rhymes, and a nightly ritual to lull one’s self to sleep, but rarely are they subjects in contemporary art. In a series of photographs, however, by New York-based photographer Davide Luciano, these animals are transformed into real people in a series of bizarre — almost Orwellian — portraits.

In his Sheep Nation series, Davide explores a society that is desperate for uniqueness and originality, but ultimately succumbs to “following the herd.” 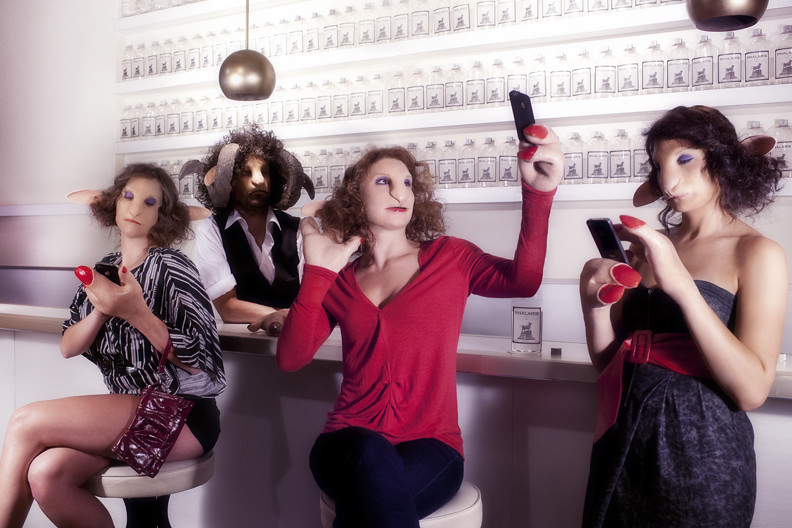 Davide first earned a lot of buzz after releasing his Pothole series: an exhibited project highlighting urban flaws by playfully creating imaginative scenes out of potholes. 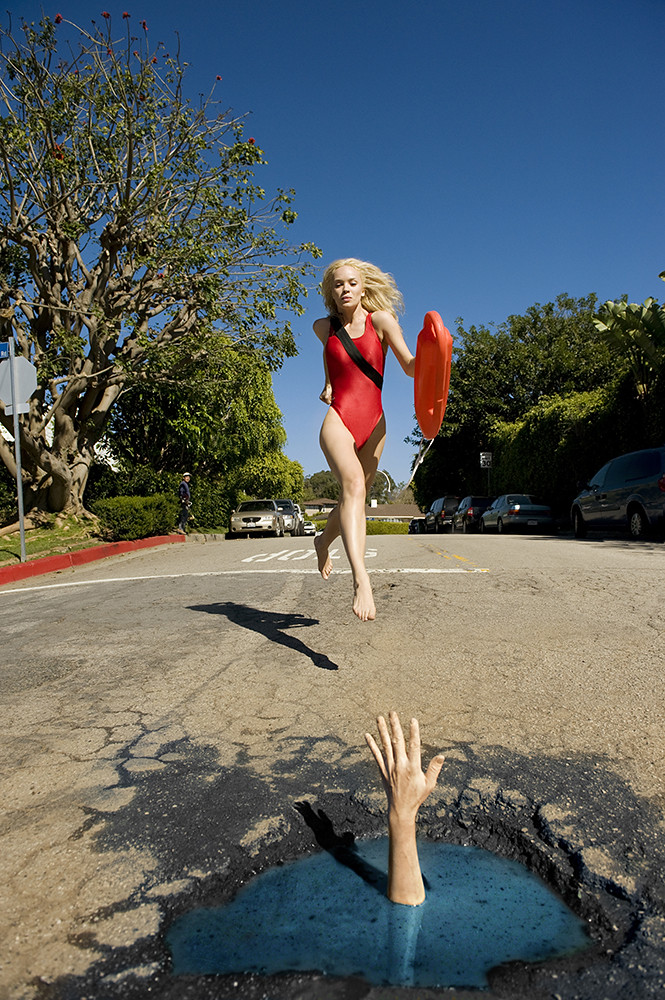 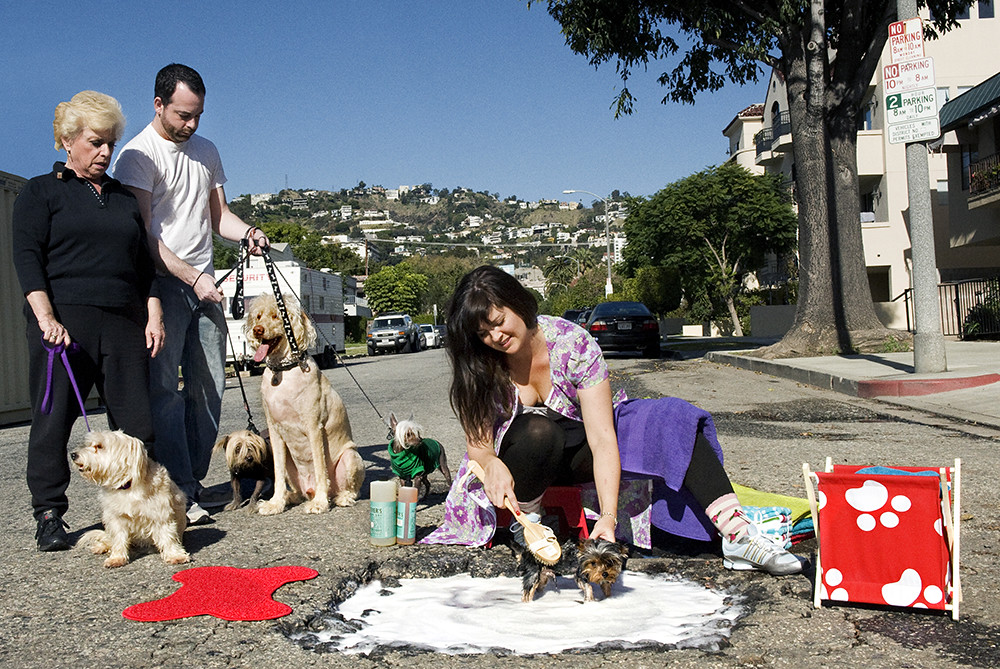 “I wanted to bring forward the idea that we are all sheep, that we are slaves to consumerism, and that advertising has us chasing a need to be accepted,” Davide explains. It exposes our species as another animal, to provoke a reaction and self-reflection. Initially, it was going to be six scenes shot in various, everyday contexts. But as we were getting closer to the shoot date, I decided to incorporate portraits. I realized then that behind the mask and makeup, each sheep had something unique, which for me, gave the series more depth.” 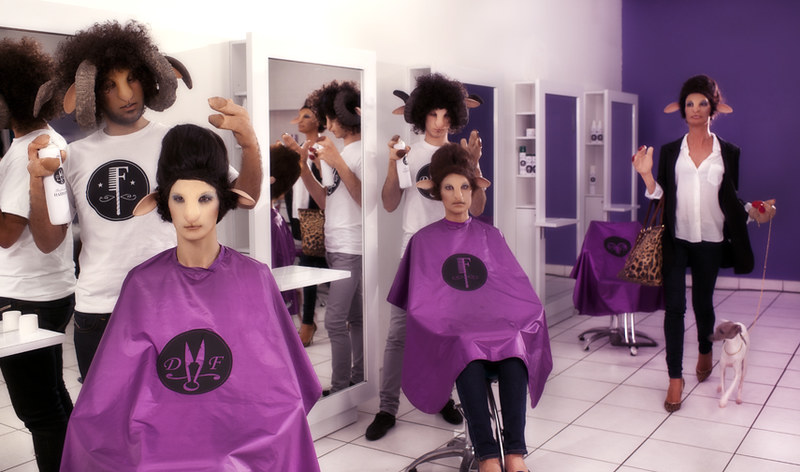 Davide says each scene in Sheep Nation have many elements with specific meaning. Every detail is perfectly planned out from the graphics to the branding of the products to the hairstyle and clothing. One example is Dolly’s Book Club. 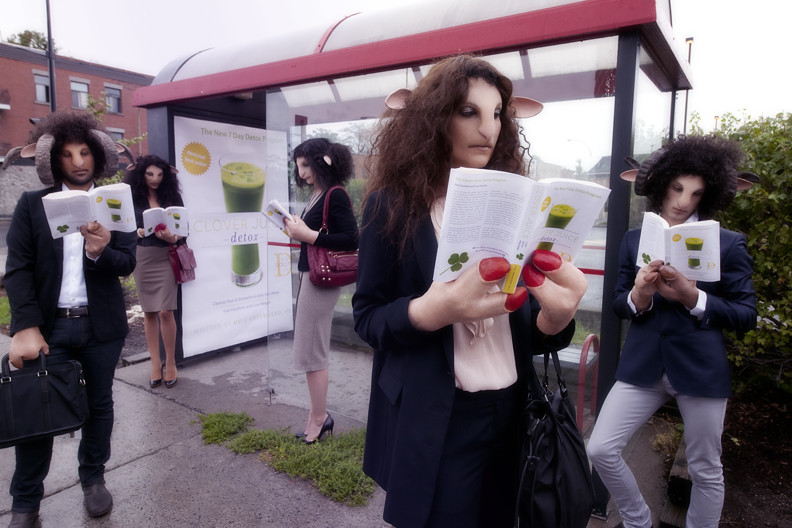 “The sheeple are all at a bus shelter,” Davide explains. “They are all reading the same best-selling detox book, which is advertised behind them. I was inspired by Oprah’s Book Club, and the impact that celebrities have on our purchases. I named this book club “Dolly” after the most famous of all sheeps. She was the first mammal to be cloned. There are elements such as these in each scene, and I think this is what  I think keeps the viewers’ attention.” 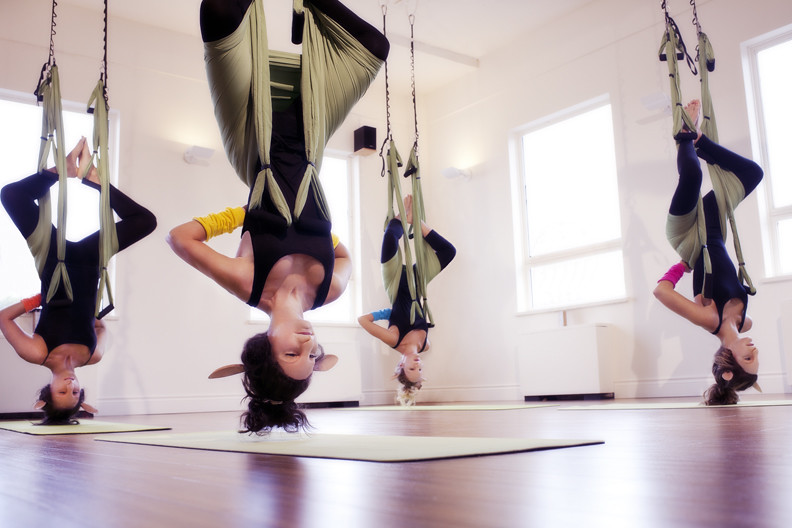 Having attended film school, Davide has a history of making large-scale, photographic prints and approaches his photography with a cinematic influence.

“The process took a year to make — from beginning to end,” Davide says. “We were a big crew of about 28, it took three days to shoot. We had three makeup artists, one special effects artist. It took about three hours per model to apply the makeup, and the amazing part about it was the transformation of each one of the models and how they became the character.”

Davide says the reaction he’s trying to get from his viewers varies depending on the body of work.

“The goal sometimes is to make the viewer laugh, or other times it’s to highlight an issue,” Davide says. “I like to challenge myself. I like to just take an idea and see how far I can bend it. I amuse myself in the pre-production stage, and then I love the challenge at the end of the day … creating something original.” 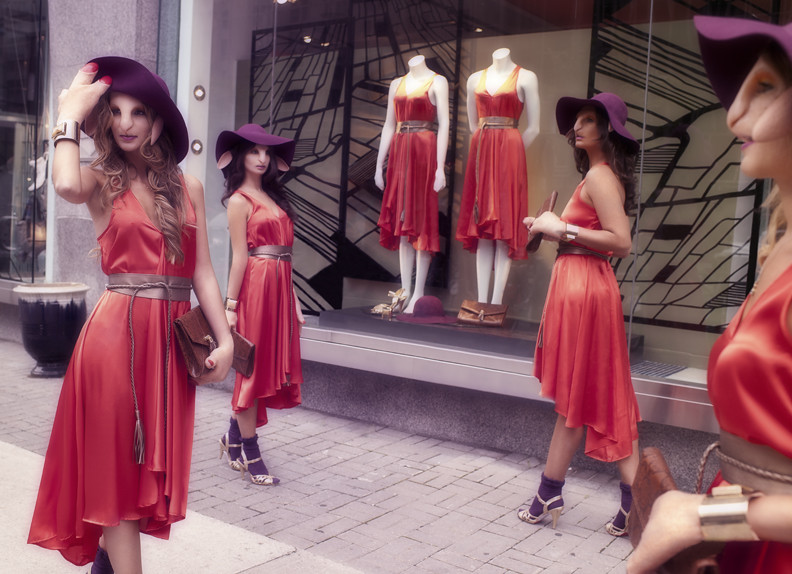 Visit Davide’s photostream to see more of his photography.

It’s time for our weekly Samplr of favorites from across the Flickrverse. As always we hope you enjoy the collection and find inspiration among our featured photographers.

Our new theme in #FlickrFriday will be about passion and glory. Time to celebrate around the world and capture the fever for soccer. Share your […]

We were lucky enough to catch up with photographer Lou Noble in Los Angeles, CA to chat with him and watch him work his magic with model Julya.