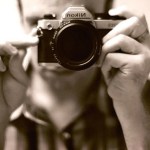 We're excited to profile Anthony Samaniego, a Los Angeles-based photographer whose remarkable portfolio delights us and gives us pause to speculate how he captured his shots. Anthony has a new show going up in L.A. this weekend, so if you're in the area, check him out. If you're not, we're happy to present a short Q&A about his work below. 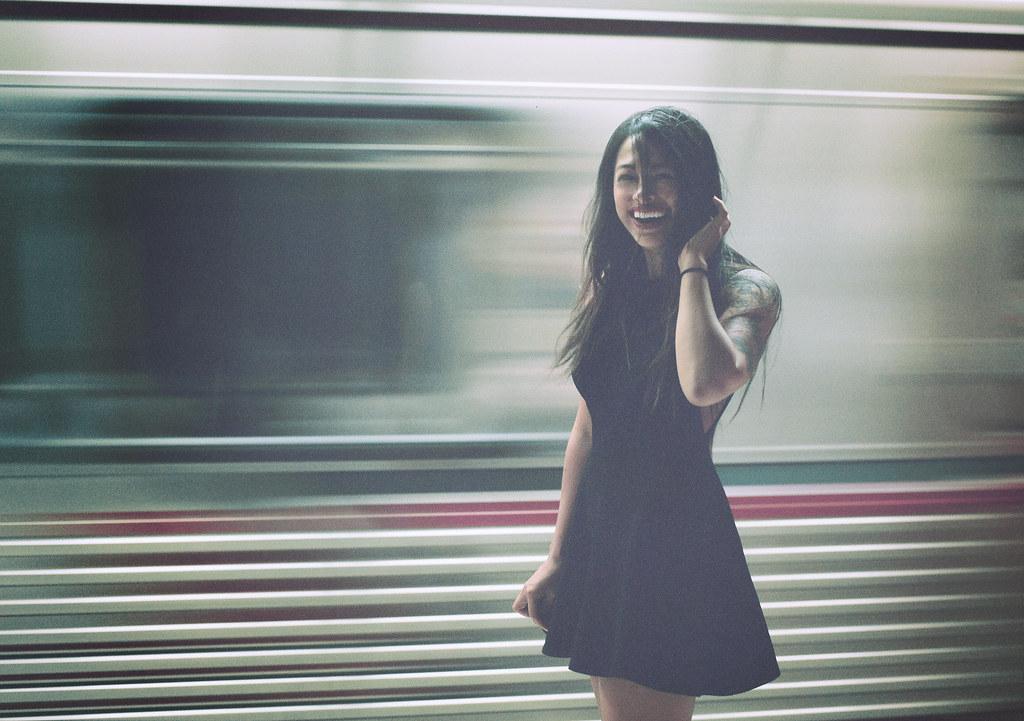 How long have you been taking photos?
Around seven years…give or take.

How did you get your start in photography?
I have always had an interest in photography. I was becoming bored of my life and I decided to invest in a Ricoh GRD. I wanted a camera that had manual settings and a camera I could conceal. I pretty much just took photos of partying and clowning around. That was the start.

What kind of equipment do you use?
I use a Nikon FM2, older Mamiya, and a Nikon D3100 for video and some GIFs.

We’re guessing by the groups you’re in that you shoot film exclusively?

Exclusively, but I will sometimes shoot a photo with my phone as a reminder of a place to come back to.

I prefer film’s aesthetics, complications, and imperfections. The colors and depth of field are just unparalleled in my opinion. 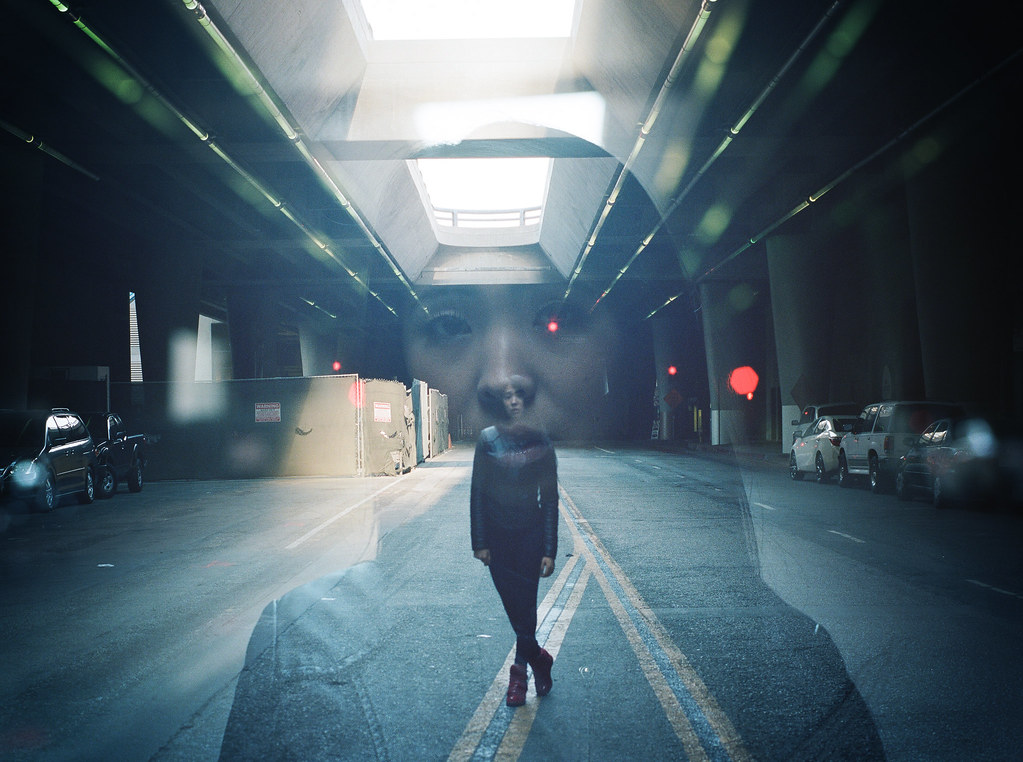 What is your inspiration for the double exposures? Is that something that happened accidentally at first or was that intentional?

The first one I took wasn’t an accident. It was an experiment and the result was rad. It ended up being a wedding gift to a friend of mine. As for an inspiration, there’s this photo that Albert Watson took of Mick Jagger and a leopard. I like the idea of how he shot the leopard and then drew its outline on his camera. I am more into blending environments (not too many leopards in LA), but that photo has always meant something to me and it’s one that I usually reference when it comes to double exposures. 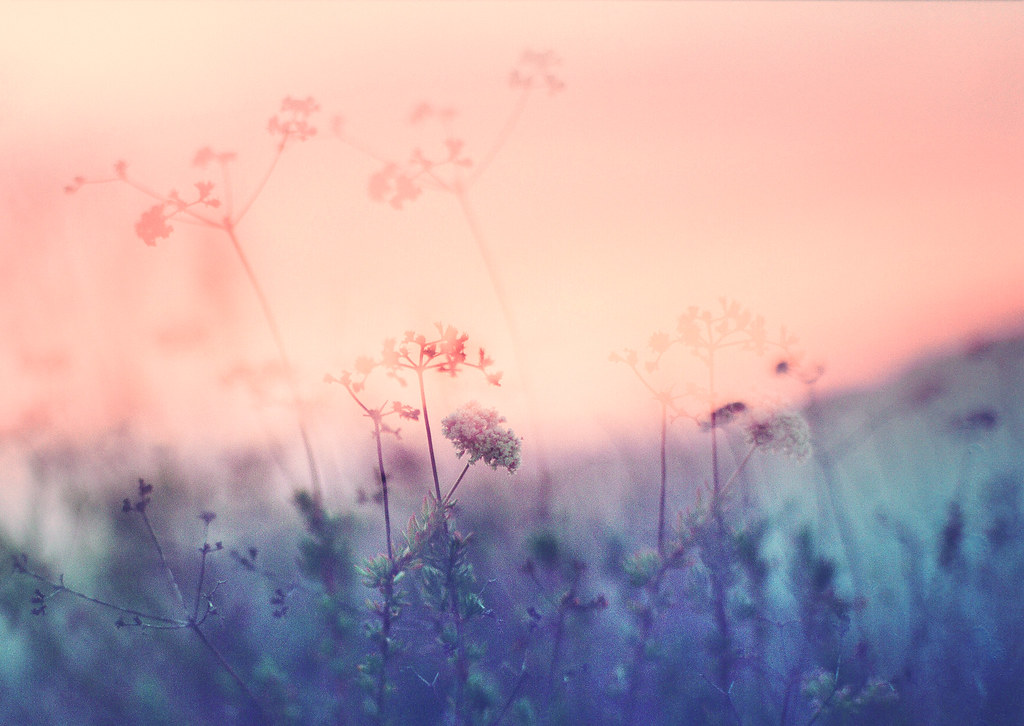 What is the inspiration for the color palettes you use? We’re guessing you probably get kudos from lots of designers?

I love great design. When I see something I like, I ask myself why. A lot of the times it comes down to the colors and how they’re used. Communicating with colors is very intriguing. I do get praise from some designers time to time. 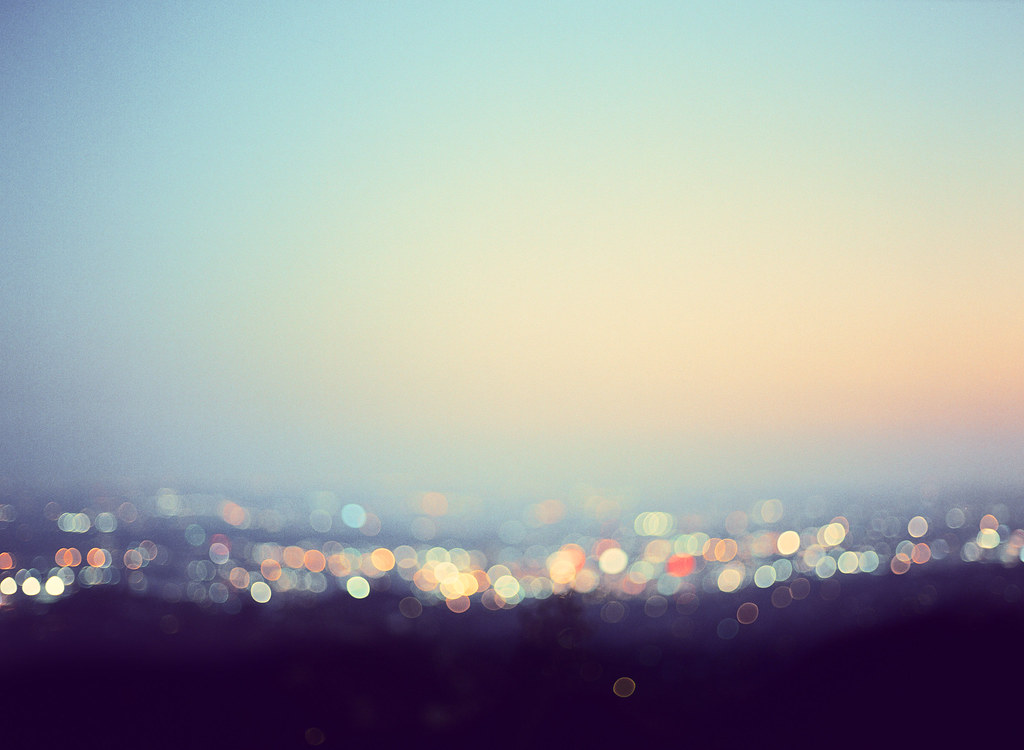 What is the trick to making blurred photos work?

I think it depends on the mood. If there’s a mood present, then a blurred image can have this sort of narrative or life. I think having bad eyesight tends to help too. 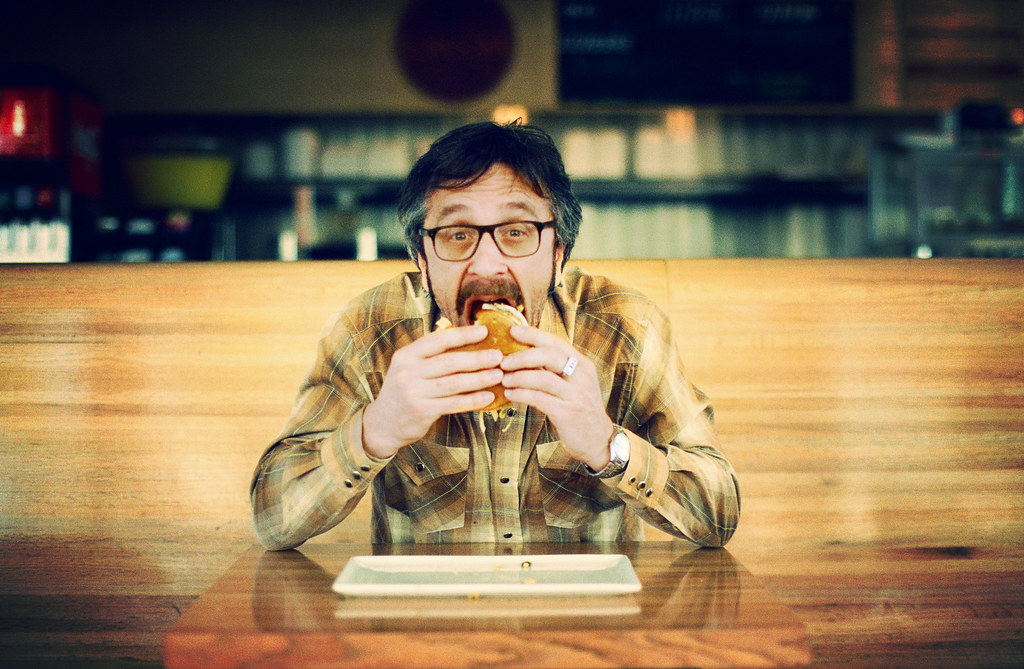 He was really nice. A friend of mine was running a blog called #burgerlords and he was in charge of the marketing for a restaurant called the Oinkster. Maron was a fan of the restaurant so my friend had the idea of letting him have his own burger for the month. To market the burger and whatnot, I was asked to do the photography and gifs. It was fun. He was interesting and I didn’t have to coach him into shots. 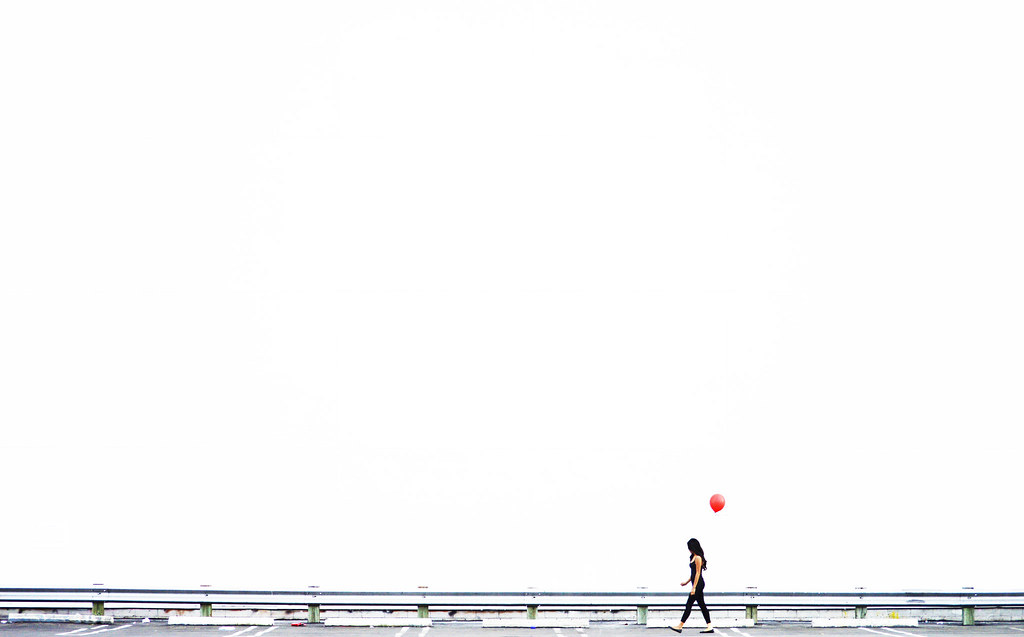 Can you explain more about this photo?

I had this idea of a shot with a girl sort of lost in the city with this red balloon. I wanted her to let go of the balloon and watch it float away. I was hoping it would be melancholic, but she was laughing as it floated away. Instead I ended up using this shot because I found it to be graphical and typographic. It’s the back of the MoCA in downtown Los Angeles.

You keep an active Photostream on Flickr, but your work is everywhere. Is there a reason you’ve stuck with us?

I have always liked Flickr. I feel like it was the first semi-serious photo website (I could be wrong). The community has been awesome and I have learned a lot from Flickr. You could say I definitely have a loyalty. 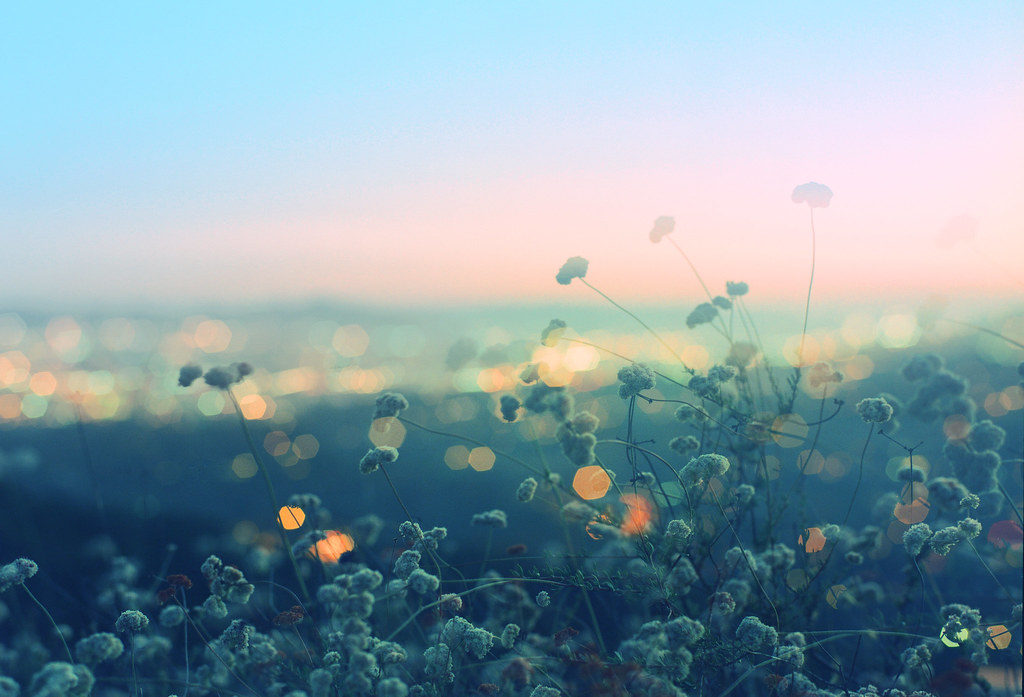 Thanks for sharing your work with us, Anthony! To see more of his inspiring photography, follow his Flickr photostream here. And if you’re in L.A., check out his show at Slow Culture.

Our last Flickr Friday theme was #GoneWithTheWind. Check our selection.

To begin this month, severe storms passed through much of the United States. Lightning ripped through the sky on the East Coast, and foreboding clouds triggered tornado-warnings in Colorado. Many photographers turned their cameras to the tumultuous sky and caught remarkable weather moments.