Benjamin Von Wong likes to light people on fire, transport them into surreal worlds, and sink them in underwater shipwrecks. The 27-year-old photographer aims to blur the line between fantasy and reality with his epic photo shoots, and the results are mesmerizing larger-than-life images.

It’s hard to believe that just a few years ago, Ben was working in a gold mine in the deserts of Winnemucca, Nevada, as a mining engineer. Looking for a distraction after a breakup, Ben picked up a point-and-shoot camera and began to take it with him everywhere. What started as a hobby turned into a passion when he was offered his very first contract to shoot an event. “That was the first time in my life when I was paid to do something that I like to do,” Ben says. “That was really a magical moment for me.” 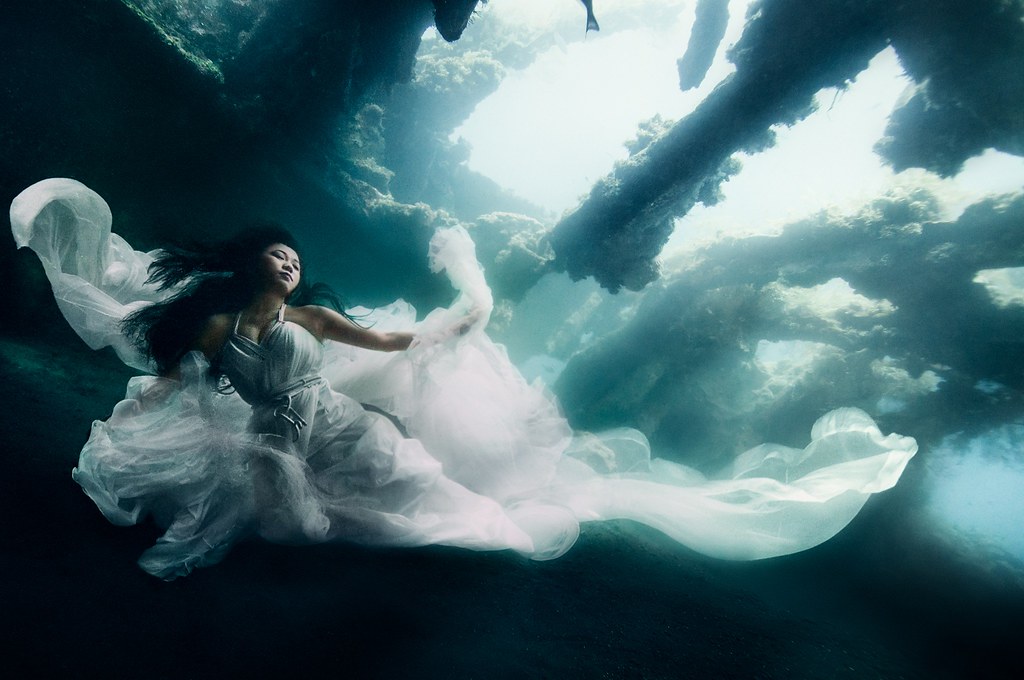 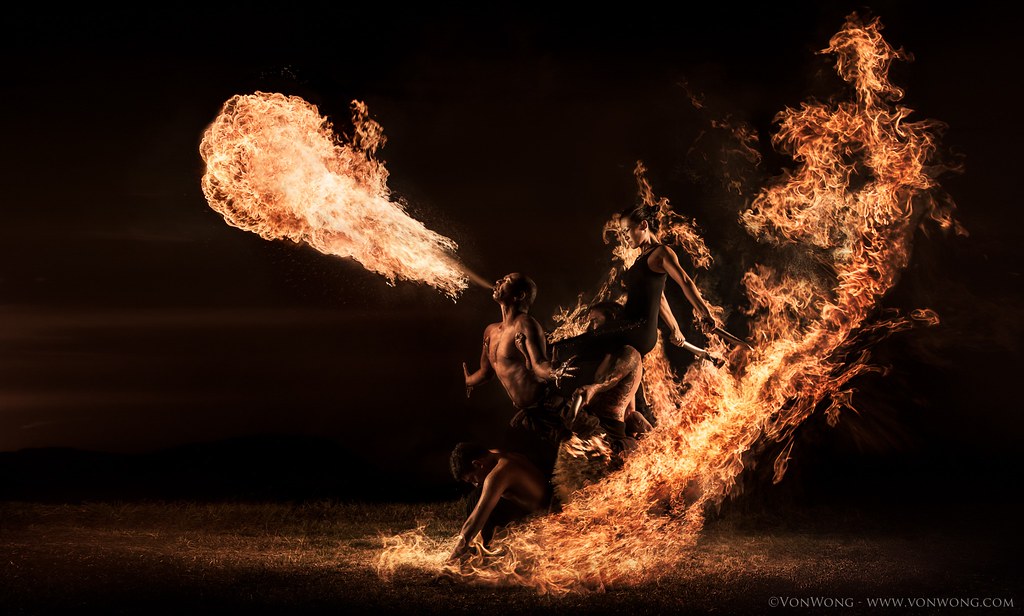 He decided to leave engineering behind and pursue photography full time, shooting events, weddings, and concerts … but before long, Ben began to think bigger. He started to create more involved images that would tell a story. Seeking to create a larger-than-life feel, he began using special effects to make his photography stand out. “The idea is to transport people into these worlds, and hopefully they’re not able to tell the difference between reality and fantasy.”

Ben’s love for epic photography has brought him all over the world, from the walls of Jerusalem to the beaches of Singapore, but one his most extreme shoots took place at the bottom of the ocean. While on vacation with his family in Bali, Ben got his diving certification and had an idea — he would stage an underwater photo shoot in a sunken shipwreck off the coast. 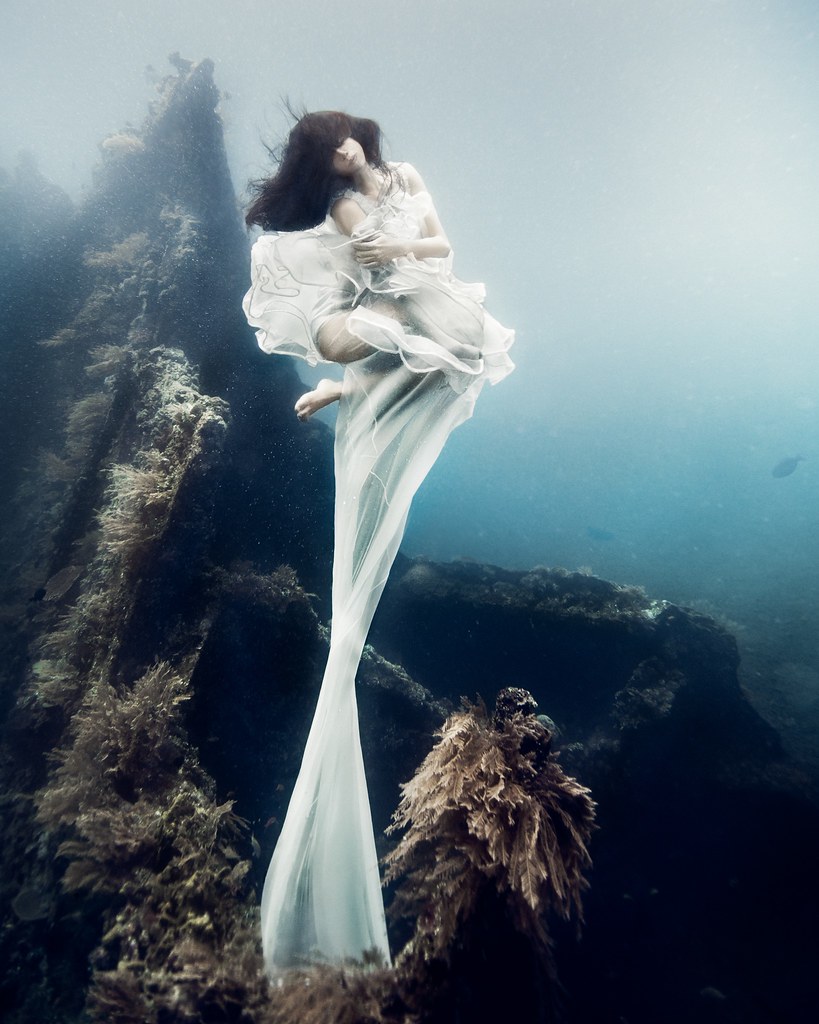 With the help of a dive instructor named Chris, Ben found all the elements needed to make the shoot a reality. In just three days, they gathered freedivers, stylists, dresses, makeup, and all the necessary gear and equipment to bring the shoot to life.

Ben never shies away from a challenge, and the underwater shoot had plenty — specialized divers acting as models were required to hold their breaths for several minutes underwater, while other trained divers were on hand for safety purposes. The seawater took a toll on makeup and clothing. Currents, color temperature changes, and the water’s magnification all created technical difficulties. But for Ben, it’s all part of the process. He says, “I love these technical challenges because it pushes me to become a better photographer, a better creator, to tell a better story.” The results are unbelievably stunning images that transport the viewer into an enchanted underwater world. 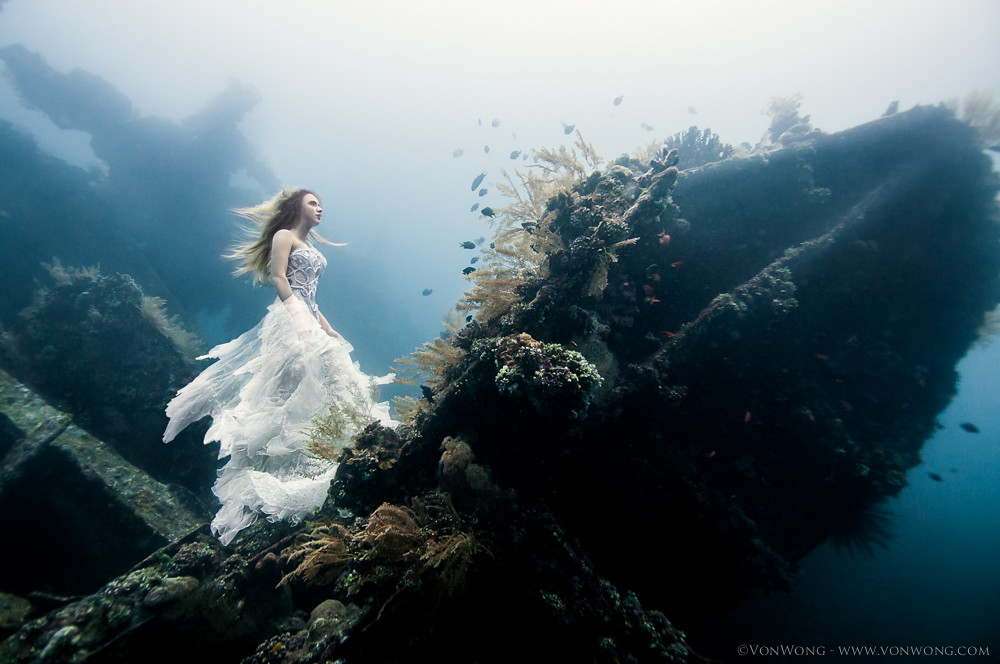 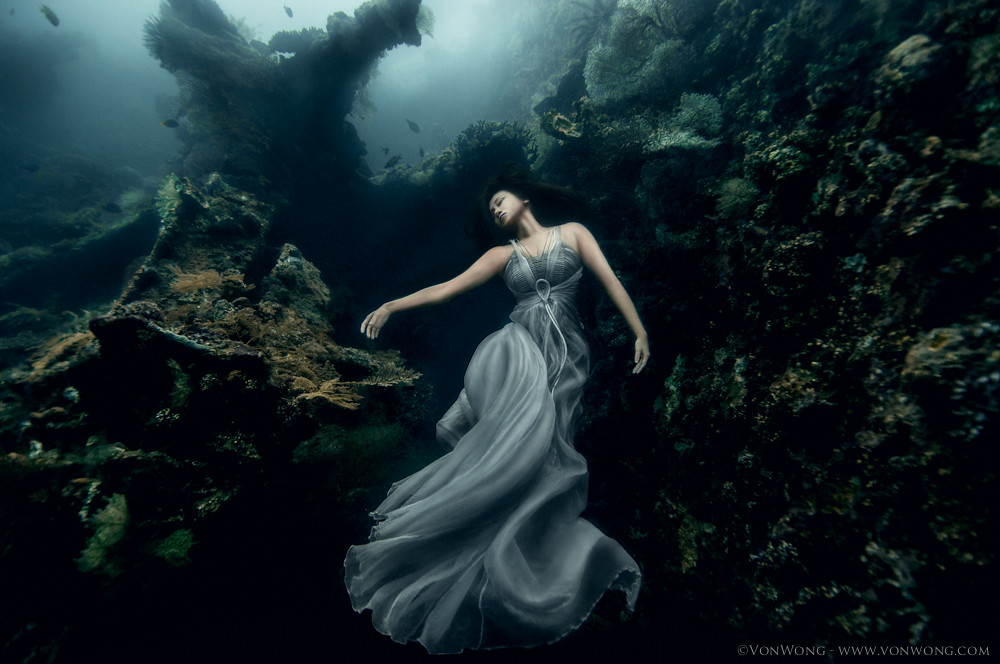 Photography is much more than a job for Ben. “Photography is that portal in my life to do everything that I’ve always wanted to do,” he says. “I hope that when people see my work, they feel inspired, that they can also take part in these adventures because their life can be whatever they want it to be.”

Visit Ben’s photostream to see more of his photography.

It’s Flickr Friday, and they are among us! Uur new challenge is ALIEN! Show us little green men and women, discover their abandoned vessels camouflaged as modern architecture and show us where you spot them in your every day life. Start shooting today for our week-long challenge.