“I think at one point or another, every kid dreams of being an astronaut,” Tim Dodd says. “As a kid, I loved space. I had space sheets and space shuttle Legos. It’s just something that came back to me as an adult.” Now, the 29-year-old photographer from Cedar Falls, Iowa, shares his out-of-this-world passion in his hilarious photo series “Everyday Astronaut.”

It all started with Tim browsing the Internet, attempting to find cool space relics to purchase. After scrolling through pages and pages of artifacts on an auction site, he stumbled upon a Russian high-altitude spacesuit. As the lone bidder, Tim won the suit, and before long, a 45-pound box arrived on his doorstep. 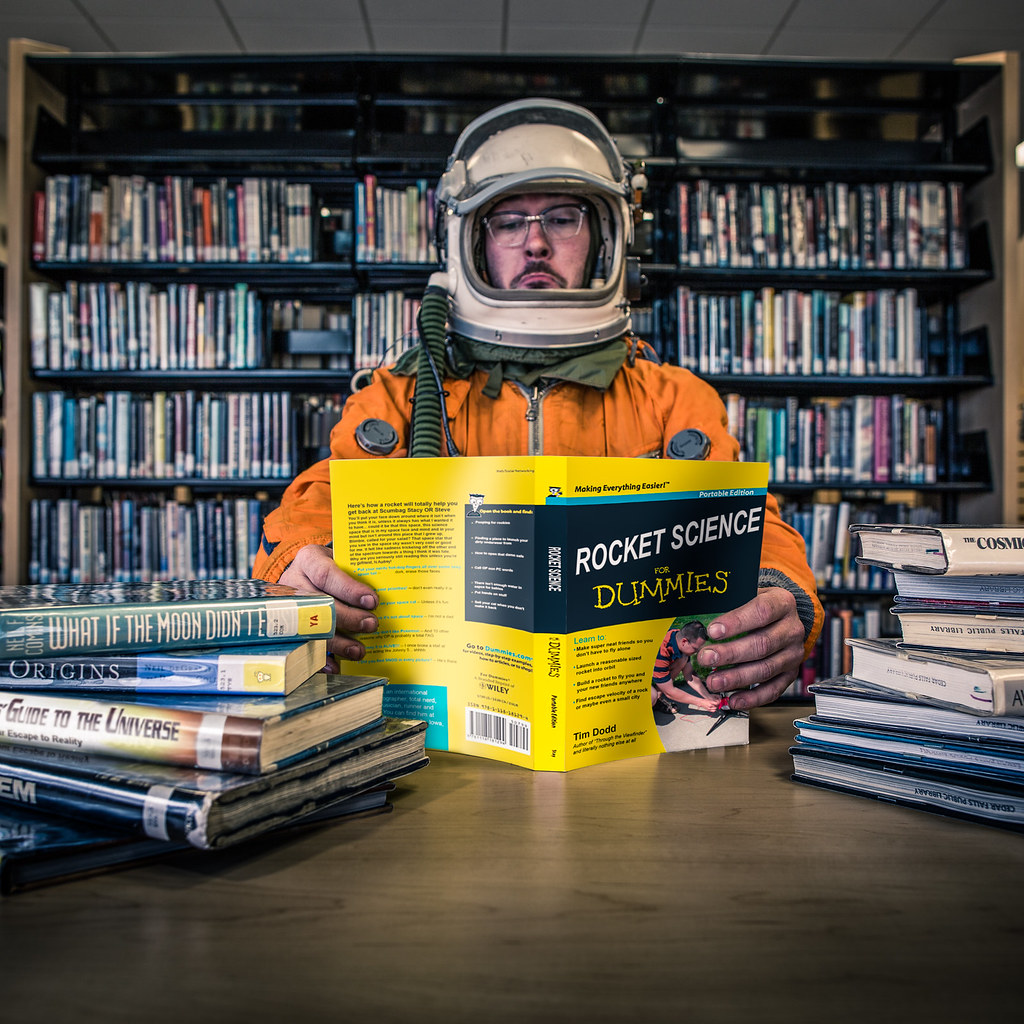 One of the first times Tim donned the spacesuit was on a visit to Kennedy Space Center in Florida. His goal? To take a photo of himself wearing the suit with the NASA sign in the background. 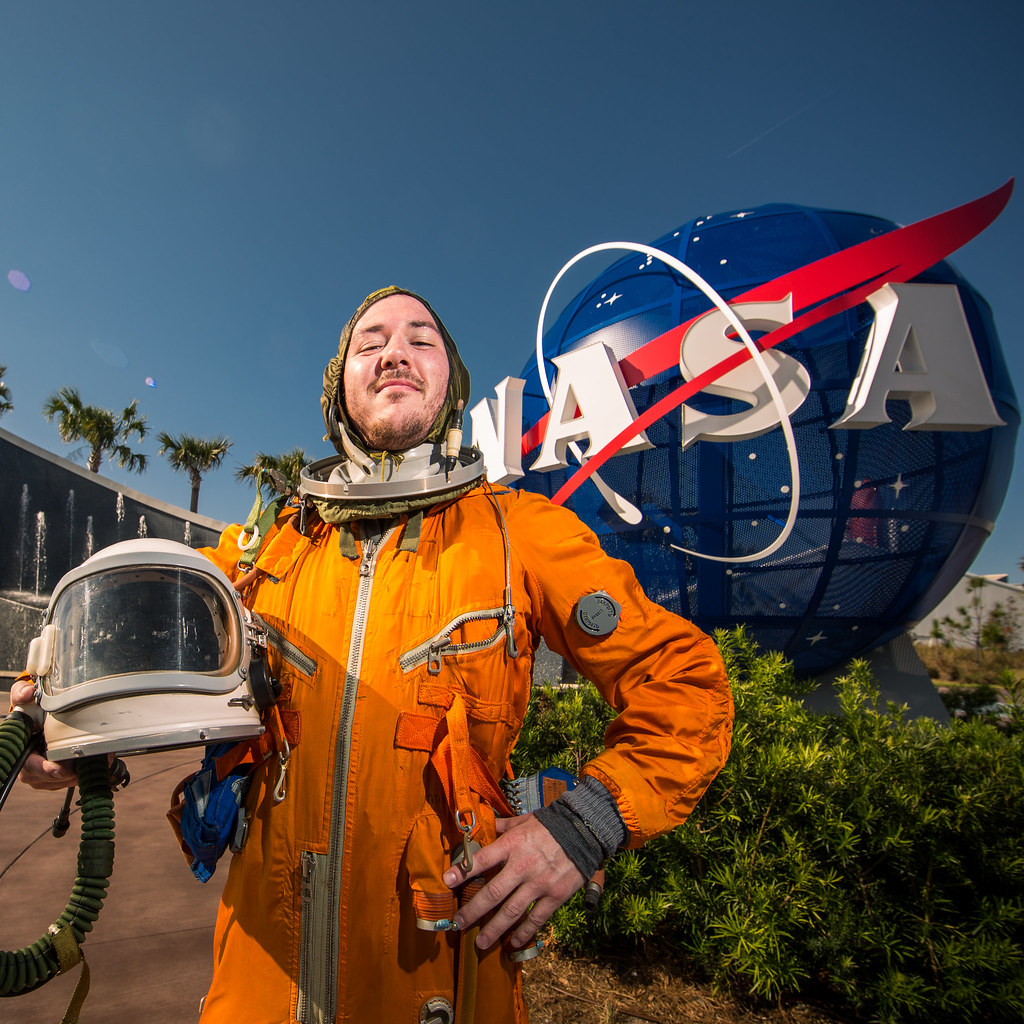 “That was a huge mistake,” Tim says. A line of tourists quickly formed around him asking for photos. “I’m sitting there in 85-degree weather. This thing is sealed around my neck, and it’s thick rubber.” He eventually had to tell the ever-growing line, “I’m sorry, I can’t do anymore pictures, I’m about to pass out!”

Friends’ reactions to the funny photos sparked the idea for a full series, and Tim began imagining what everyday life would be like for an astronaut on Earth: waking up, grocery shopping, mowing the lawn, walking the dog, cooking dinner, and so on.

But taking funny photos of himself in a spacesuit wasn’t enough. Tim wanted others to share his love for space, so he started hiding little details in every photo that point to an aspect of the world’s rich space history. 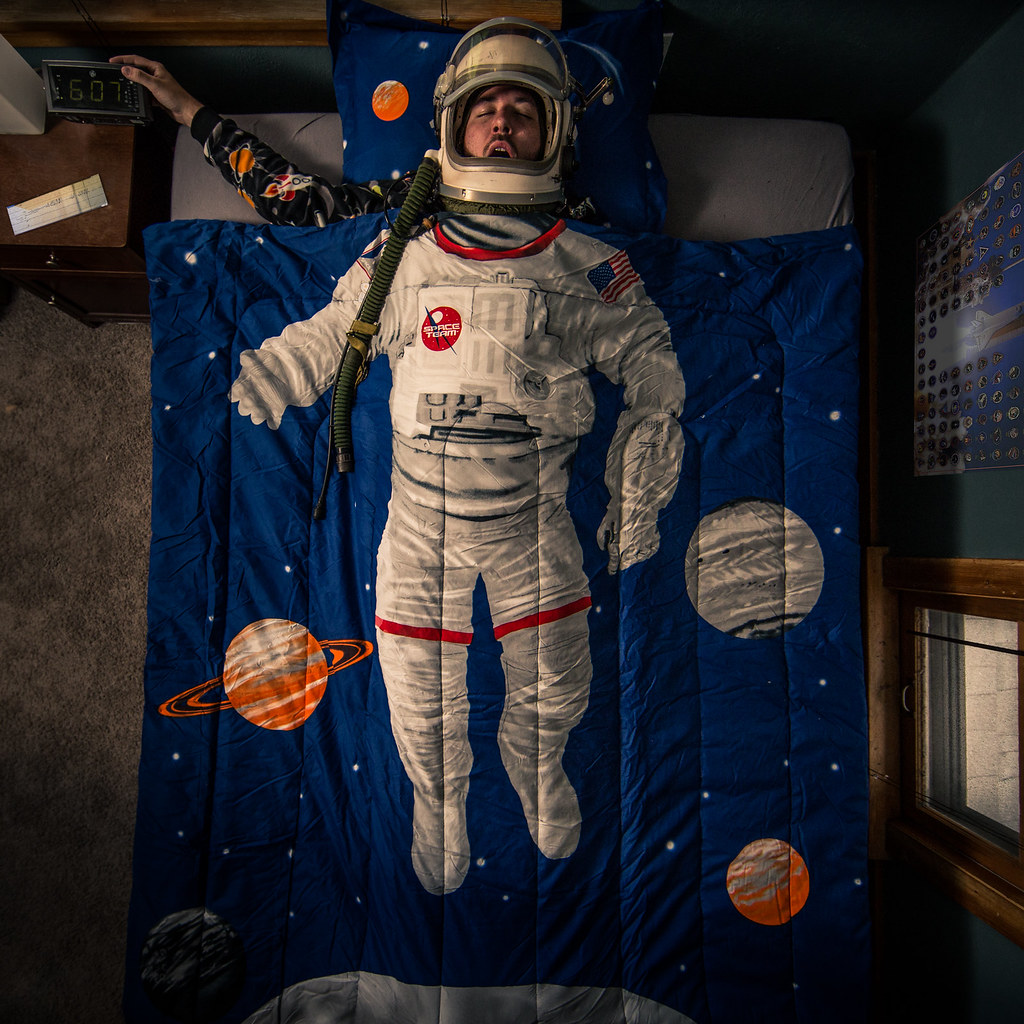 “I started off with him waking up, and next to the bed, [the alarm clock] says 6:07 which was the wakeup for the last space shuttle mission,” Tim explains. “Also, there’s a little slip of paper on the nightstand, and that’s Yuri Gagarin’s echocardiogram — the first man in space.”

Another example is the photo of the everyday astronaut brushing his teeth. The image features “NASA space paste” which is the actual toothpaste used in space. The equations scrawled on the mirror stand for orbital mechanics and escape velocity. 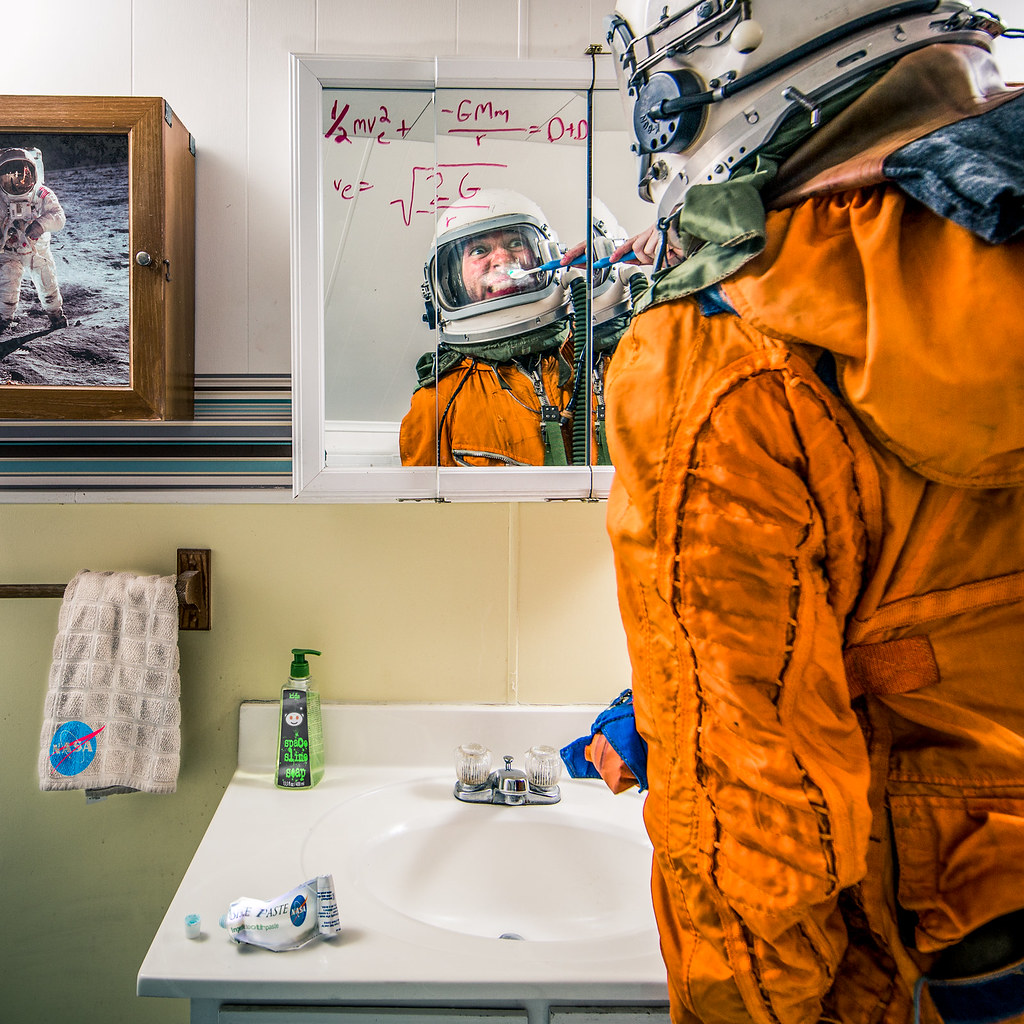 One of Tim’s favorite images is the everyday astronaut sitting on a playground’s toy space shuttle, head hung in sadness. It represents some of Tim’s own emotions around the absence of manned space missions. “Currently, the United States isn’t launching any men into space since we’ve been without the space shuttle program,” Tim says. “And to me, that’s really depressing.”

While he wants to make people laugh with his photos, Tim also hopes his series can pique people’s interest in space and encourage others to learn more about past space endeavors and support future ventures. 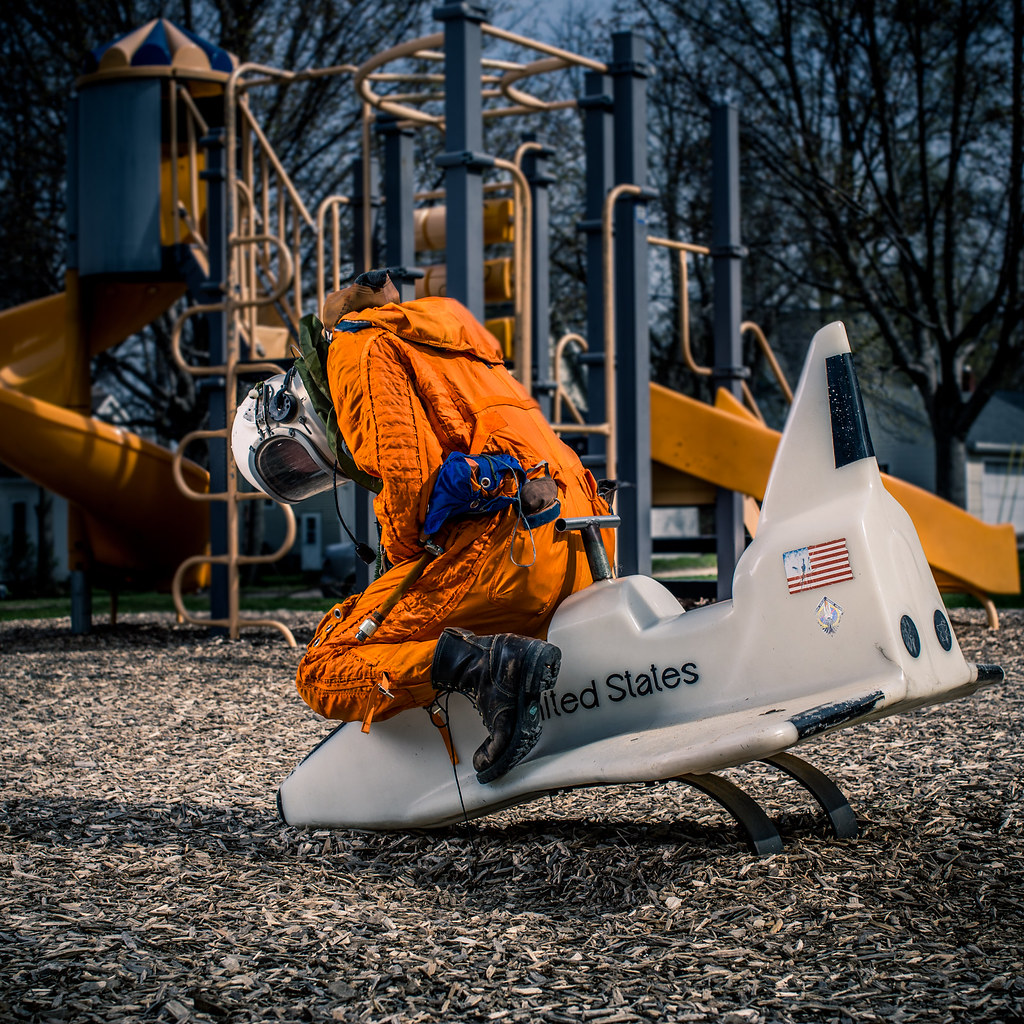 “I hope the Everyday Astronaut series inspires people, especially the people that were able to watch the man land on the moon,” Tim says. “They can hopefully re-live some of the emotions through the images and say, ‘Look at what amazing things we were able to accomplish.’ So, I hope that kids keep dreaming about space and keep wanting to encourage the space program.”

Visit Tim’s photostream to see more of his photography.

Previous episode: “Big Me, Little Me” hilarious self portraits

Our last Flickr Friday theme was #Alien, and here are some of our favorite submissions.

In this week’s throwback journey, let’s take in the scenery in chronological order (1865 to 1947), starting with an exceptional city overlook in India to a vista point from an Australian park, and more offered in the photographic archives from The Commons.