They've been friends since elementary school and creative partners since high school, going on six years now! In their photostream, they showcase a portfolio of beautiful digital, analog and instant portraits. 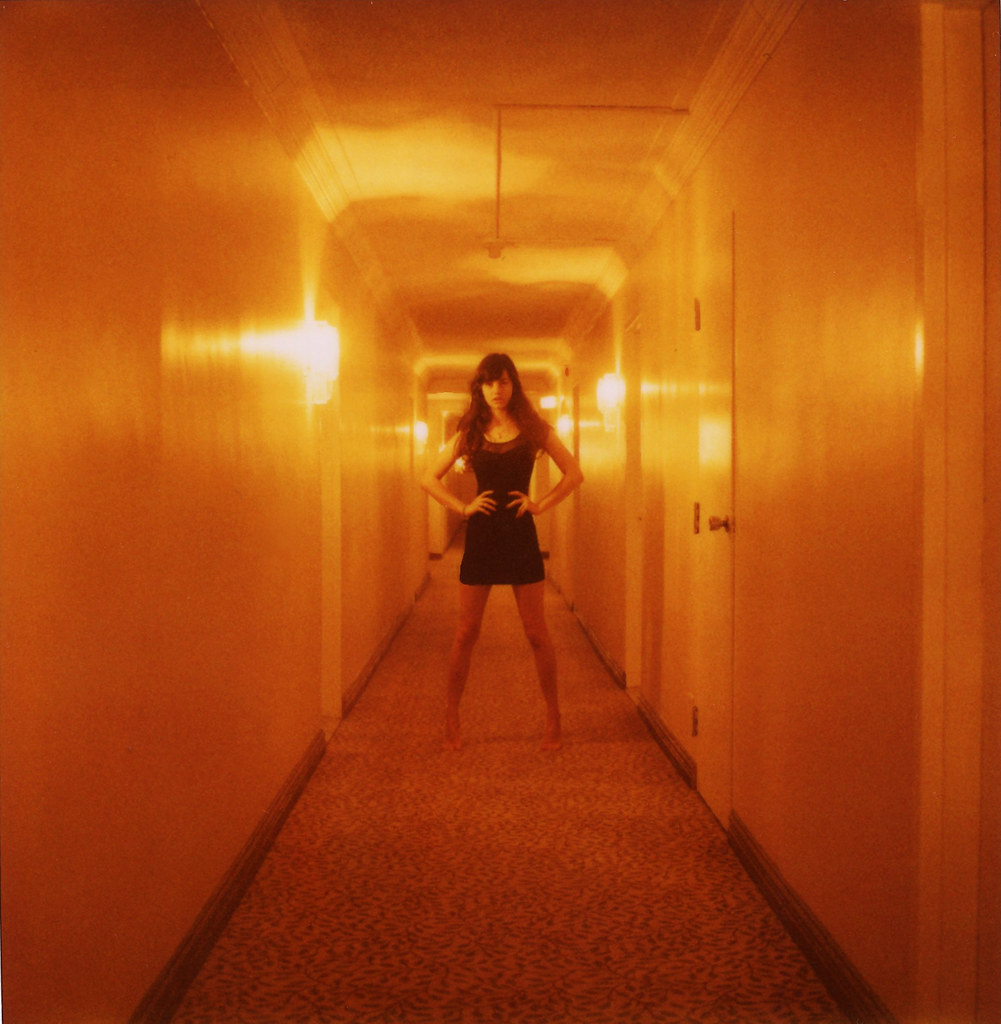 What first got you into photography and how long have you been shooting?
Aviva: Actually, I first got into photography when I was 15 and was introduced to the concept of the 365 challenge on Flickr! I think I only made it about three months, but it was a really positive learning experience, mostly due to all the support and encouragement I received from folks on Flickr. It may even have over inflated my ego at the time. Eventually I transitioned into shooting with other people, as a model and as a photographer, but usually not both at once anymore.
Michelle: After winning a photography competition in 8th grade, I bought my first DSLR and fully committed to the role of pretentious amateur photographer. I carried my camera everywhere, got into all kinds of strange positions to capture what must have been a really dramatically angled flower, and just generally acted a little too into myself. Thankfully, in the eight years since, I have learned to be less obnoxious, if equally pretentious, about my photographic tendencies. 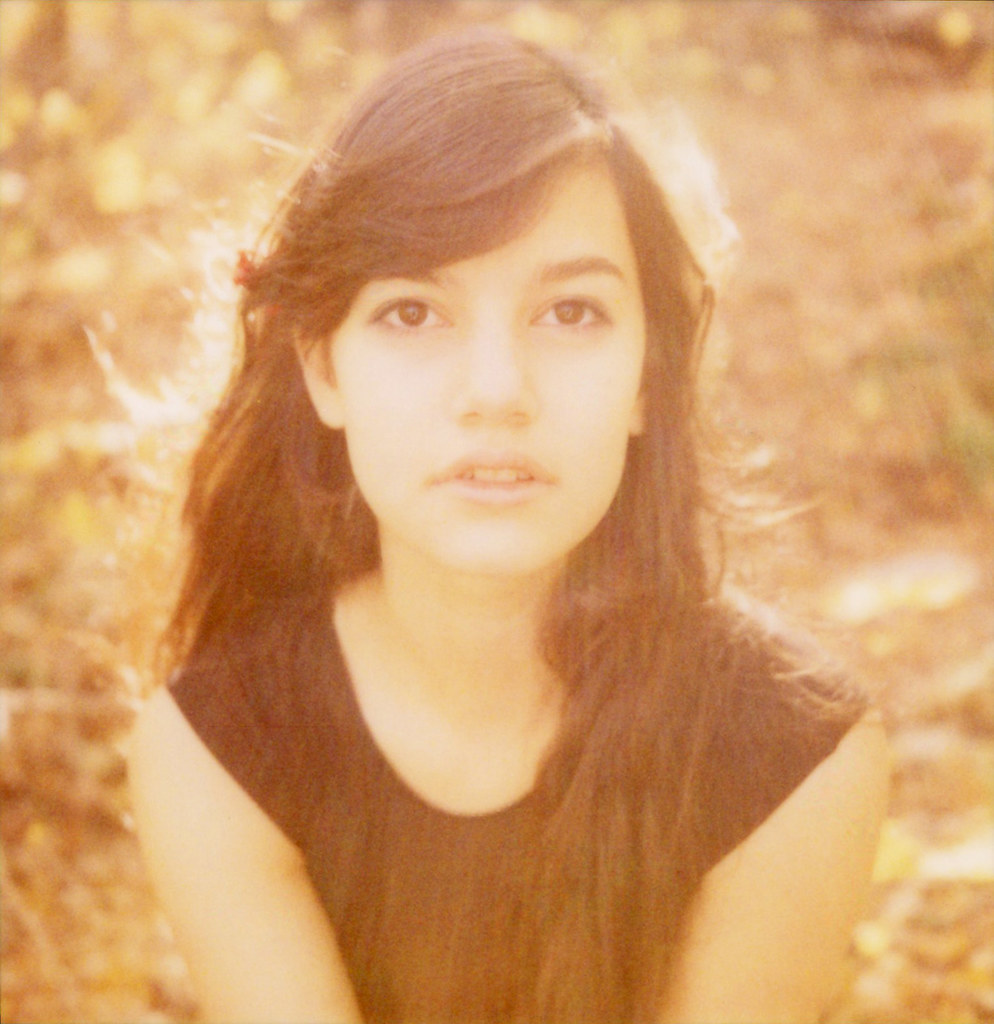 What fascinates you about photography? How would you describe your work and photographic style?
Neither of us have any real interest in overly edited, heavily staged photography. We like figures that appear natural and ethereal, and images that smoothly join subject to backdrop. In our own work, we look for dreamy, sun-soaked scenes with lots of trees and an overall carefree feeling. 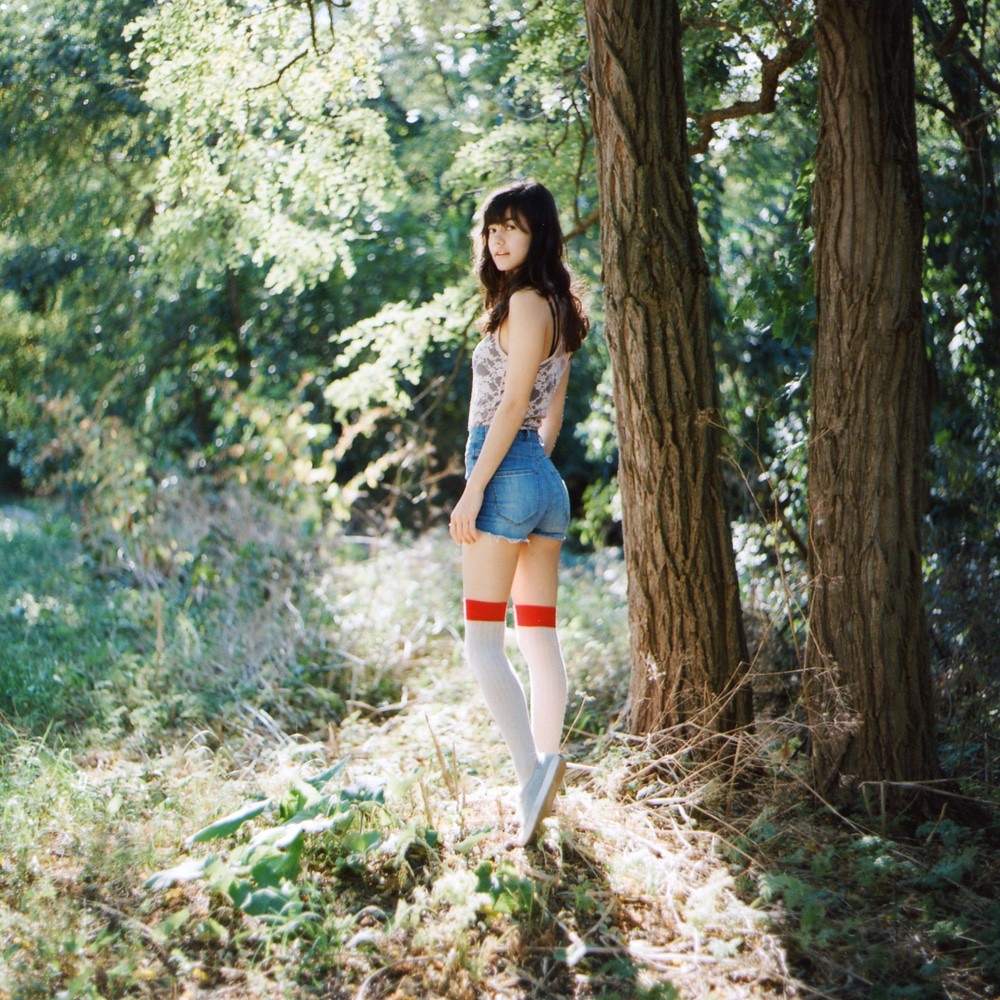 What is your gear and do you use any special settings on your camera or use special techniques?
We shoot with a whole bunch of cameras! Each one has a special function, though we do mix and match a lot. In terms of film cameras, we shoot mostly with a Kiev 88 medium format camera, followed by our Polaroid 680 and SX-70. Though our two 35mm cameras are currently broken, we usually shoot with a Canon AE-1 and a Nikon EM. As for digital, the newest addition to our camera family is the Canon 5D mark II, which we absolutely love. Our techniques are pretty straightforward; we even refrain from using light meters. The only semi-strange thing we do is avoiding lens hoods – let the sun in! 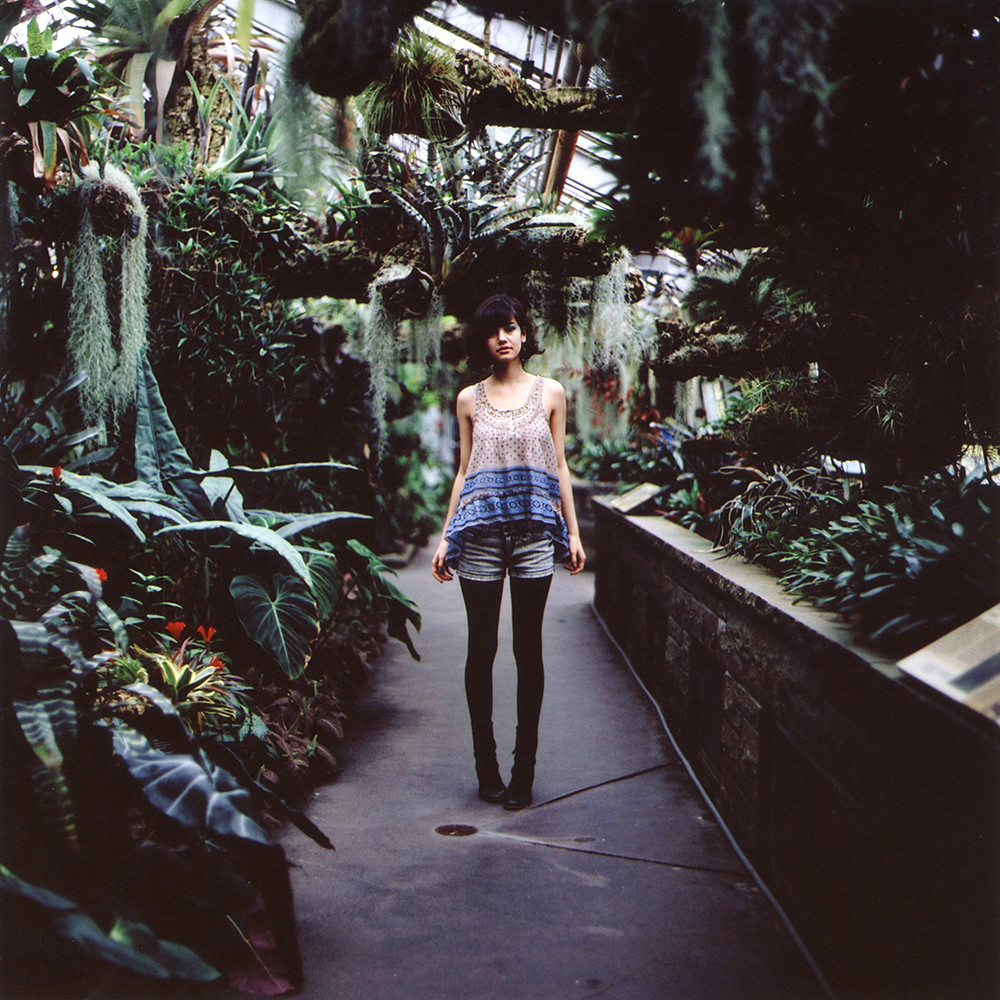 Are you using any equipment that you would call out of the norm, like any DIY or repurposed props?
Not really! All of the cameras themselves are pretty “out of the norm,” especially with the amount of tape and glue holding some of the older ones together. Though we haven’t really gotten into the world of DIY photography, we’re always ready to learn! 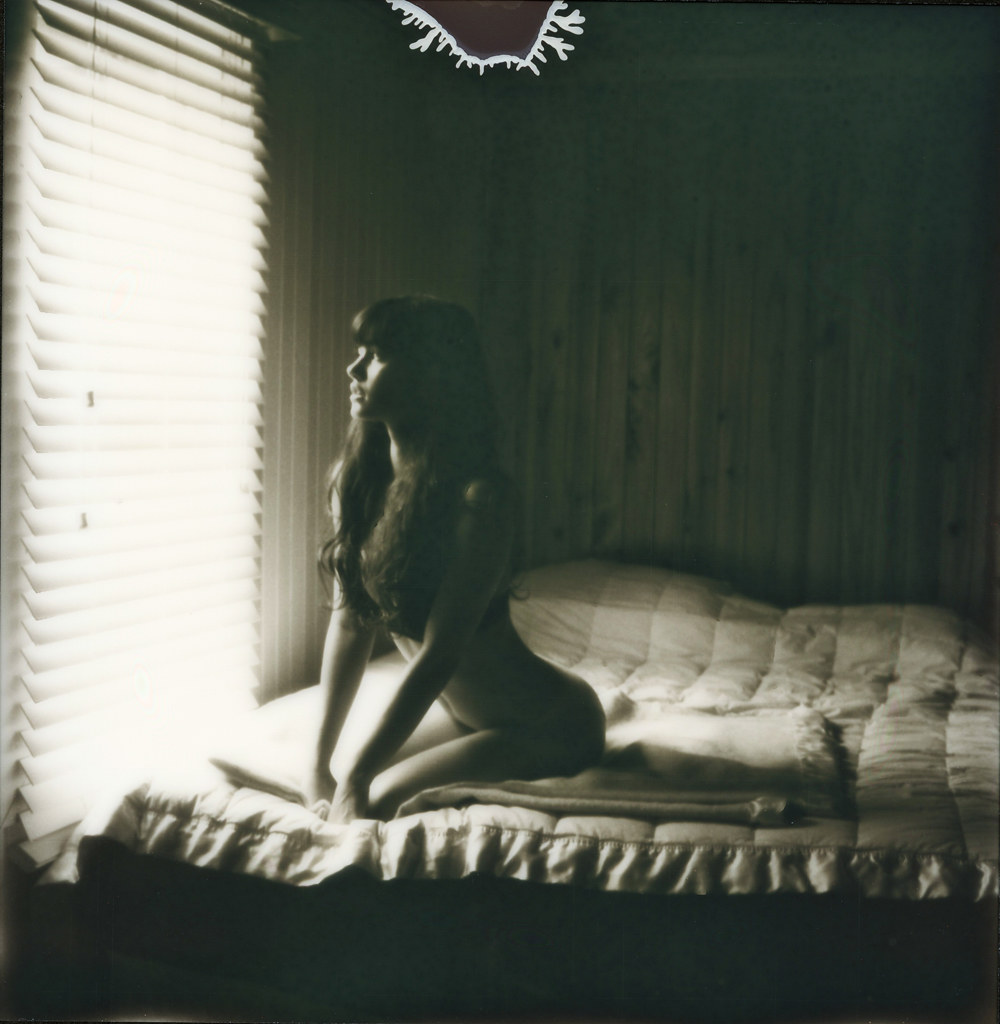 What is your post-processing workflow?
Generally speaking, we tend to edit photos very minimally, if at all. The vast majority of the time we scan our film photos and the only post-processing we do is clean them of dust/scratches/dreaded Newton rings info (Polaroid photographers know what we’re talking about). Every so often Aviva will do some subtle adjustments in Photoshop, usually on digital photos, by making a screen layer &/or soft light layer, dropping the opacity somewhere around 30% and adjusting accordingly. We’ve found it offers a nice, quick punch-up to our photos, though we’d still like to stress how infrequently we think the photos need it! 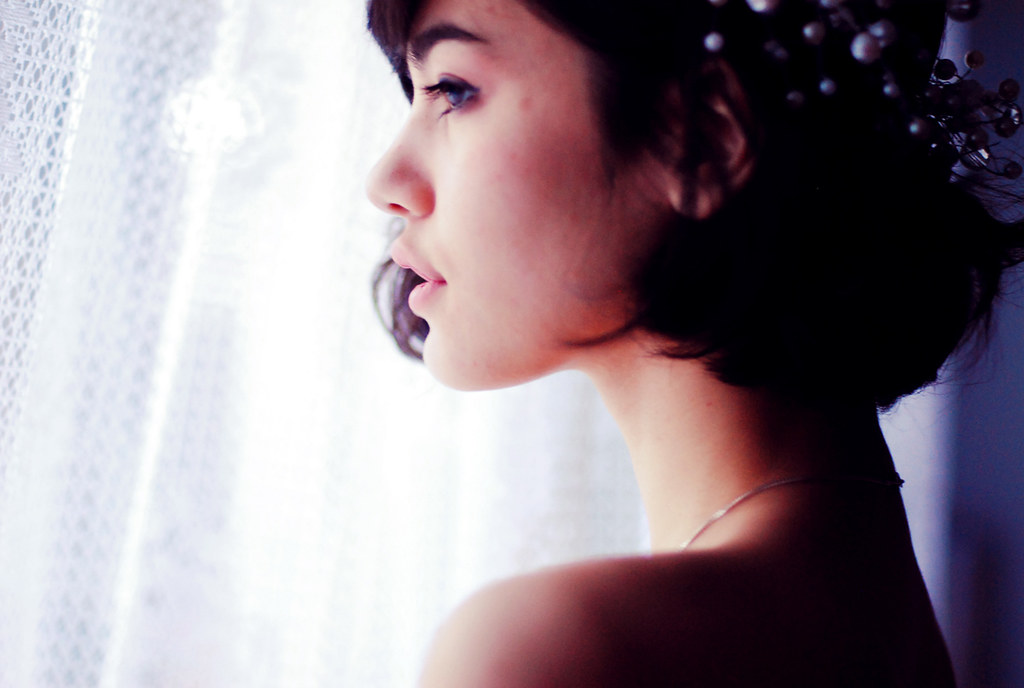 Which other Flickr members and/or Flickr groups influence you most?
Definitely Buradori, Patofoto, and Micmojo. All three of them have a total mastery of film photography that’s pretty incredible and inspiring, and Aviva even had the opportunity to work with Patofoto in New York -– another great thing about Flickr. 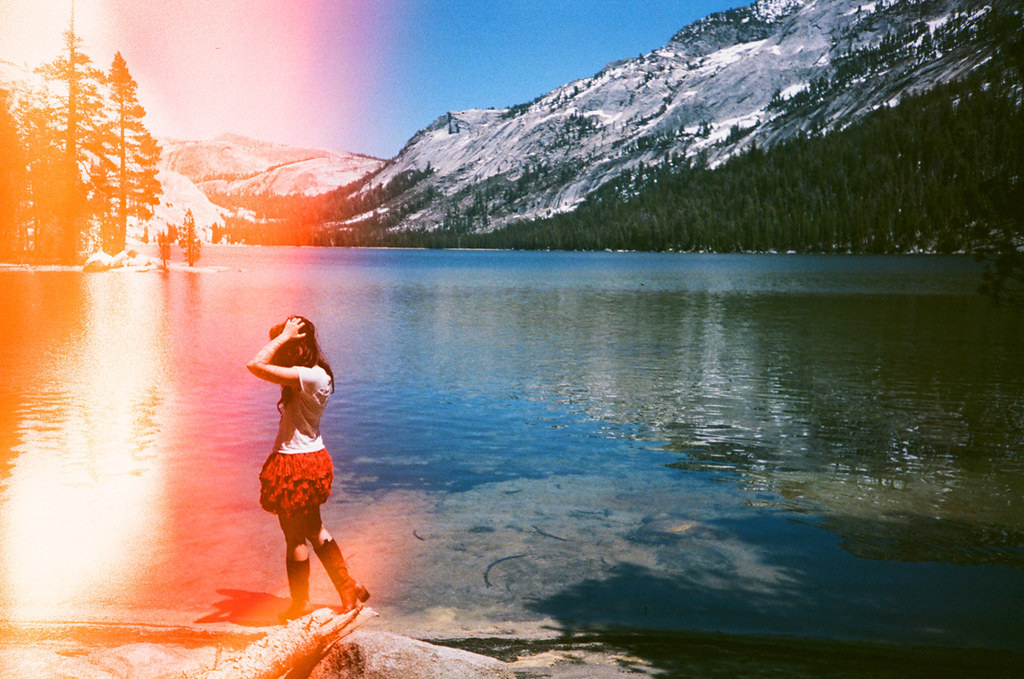 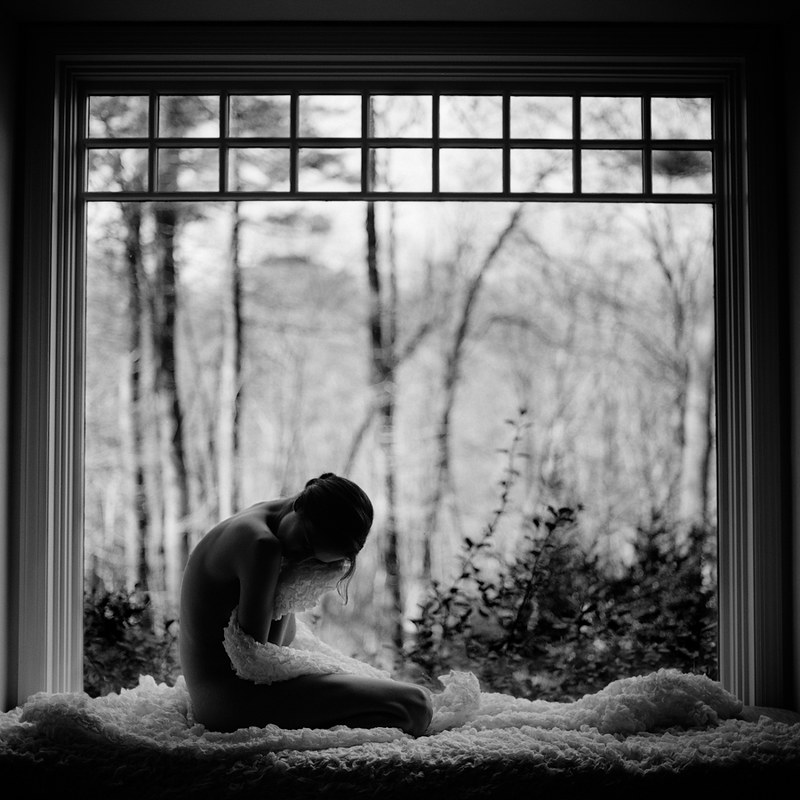 What is your 1 favorite photo from your own photostream and why? 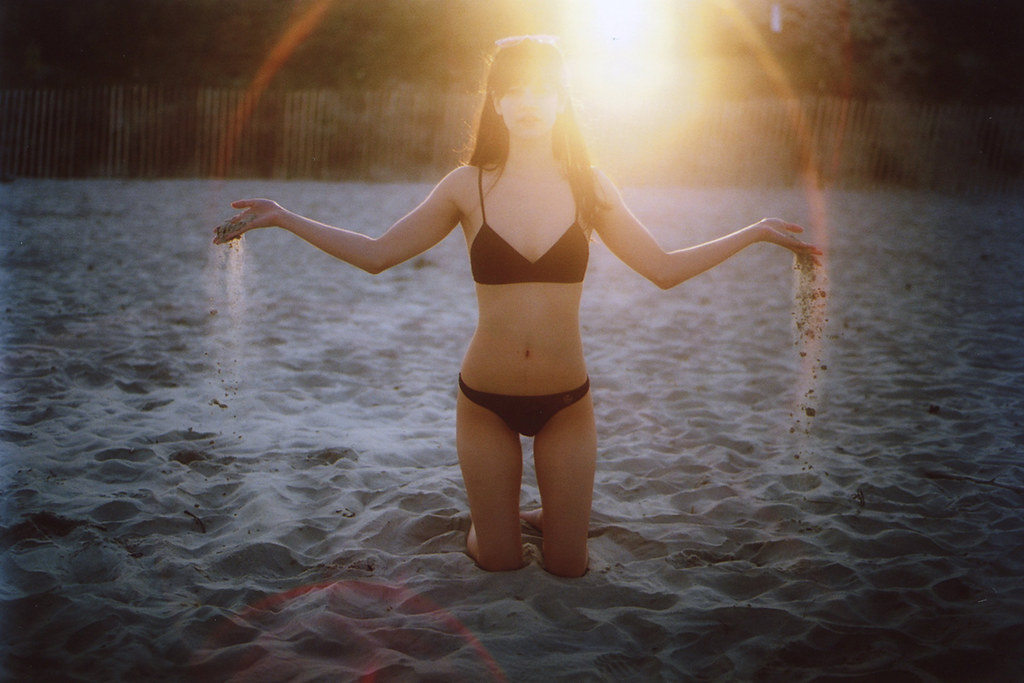 The way the flare follows the shape of her hands and the fall of the sand – need I say more? For the record, we had no way of knowing that the flare would come out that way. (Michelle) 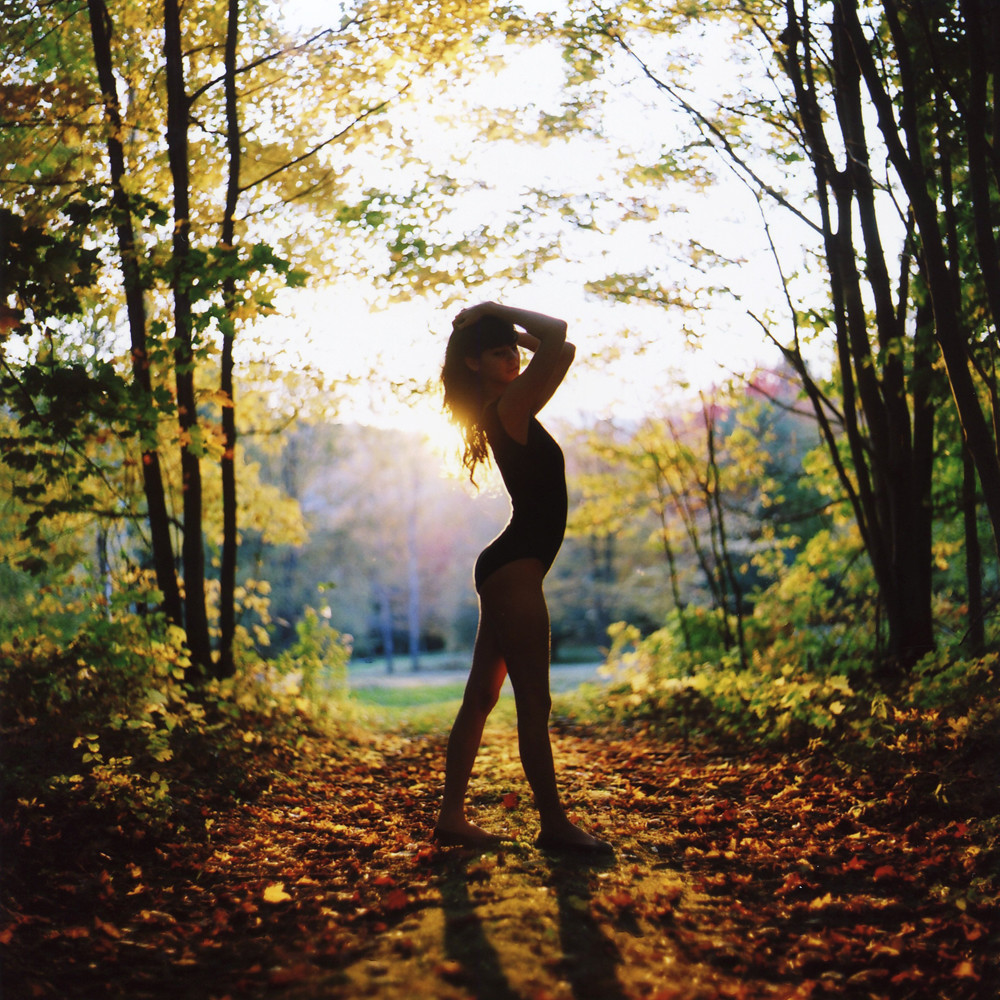 Best sunlight of the day, the changing leaves and the colours? Total ephemeral perfection. (Aviva)

And what are your 3 favorite photos from other Flickr members and why?
Who doesn’t love women in tights with awesome angles on Polaroid? 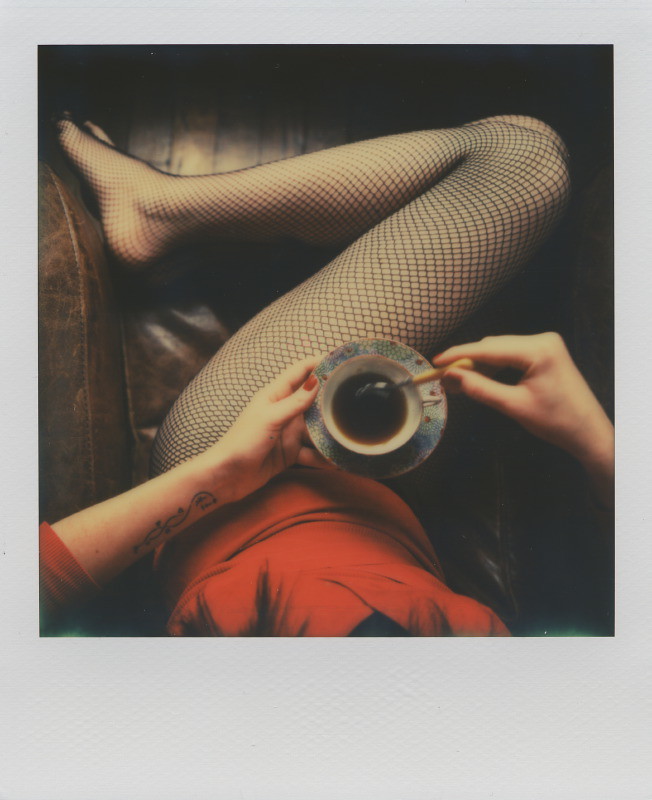 Patricio’s photo is beautifully staged, delicate, and he did an incredible job of capturing such subtle light on film. 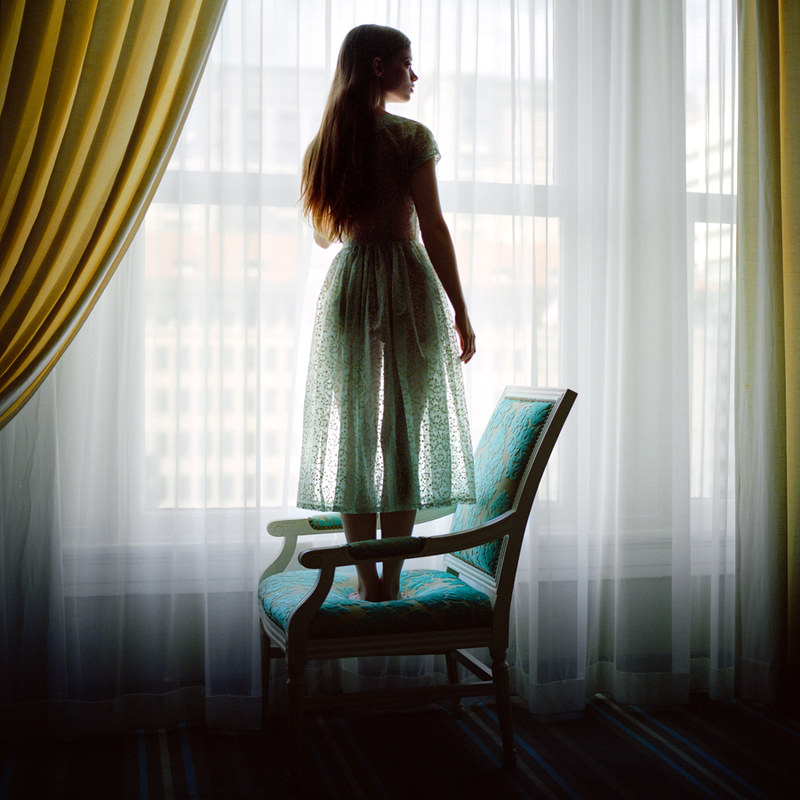 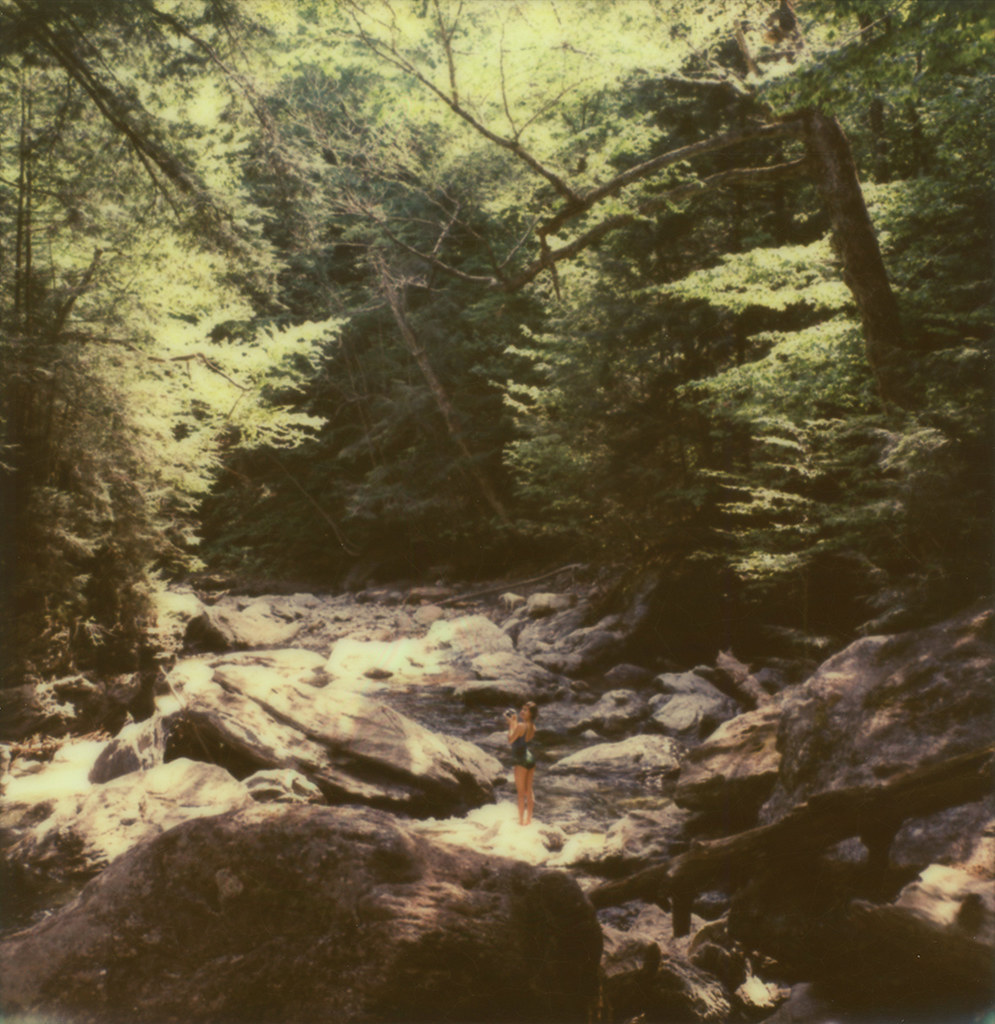 If there was one secret to photography you could share with the Flickrverse, what would that be?
Despite all the talk about how cameras don’t make a photograph, it’s nevertheless a really rewarding experience to try out and experiment with a number of cameras, especially film ones. Each camera creates a different aesthetic, and can radically shape an image. 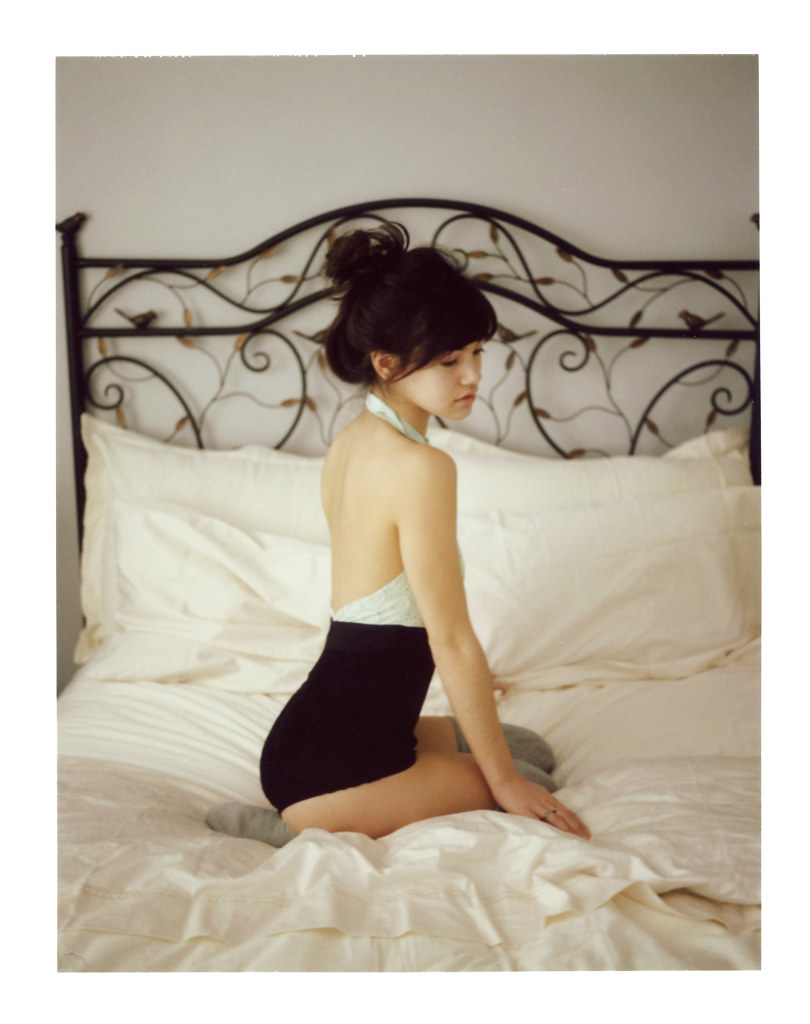 In 5 years I’ll …
… finally learn to drive! (Michelle), … be taking more pictures than ever! (Aviva) 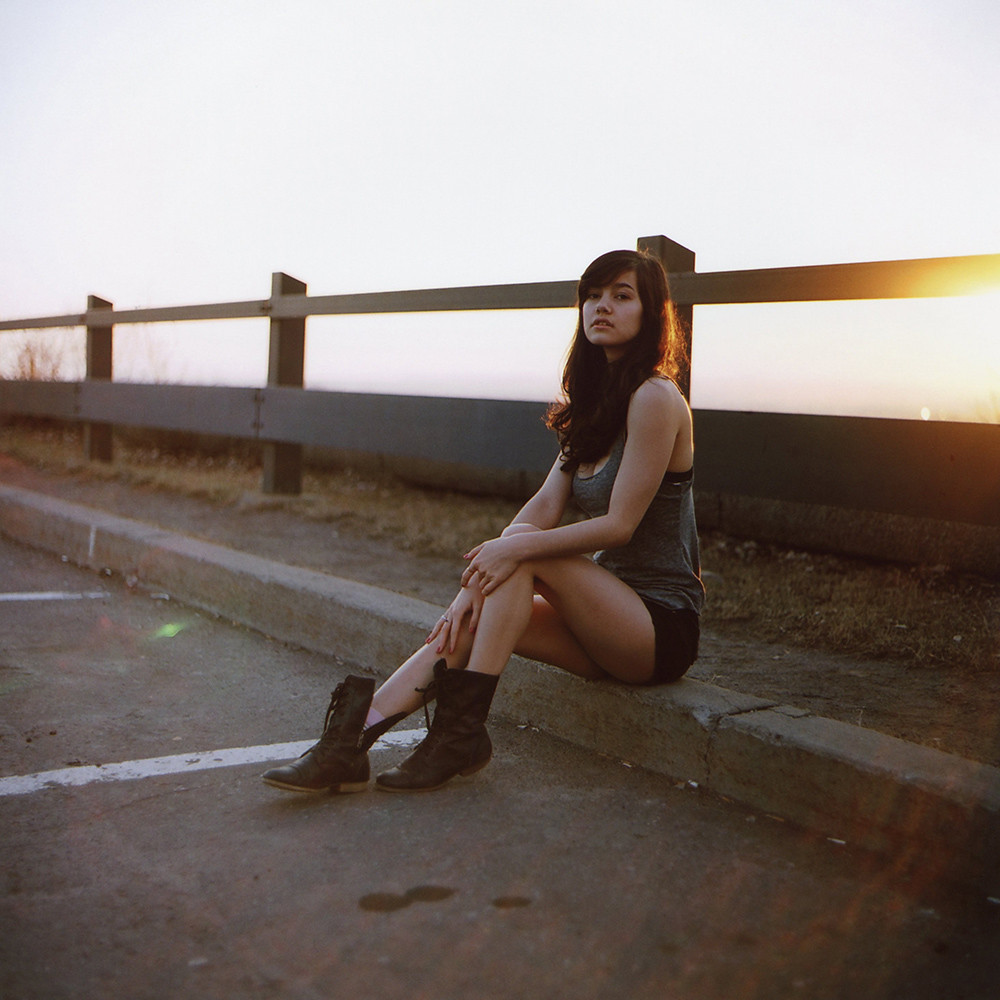 Thank you both for being part of our Photographer Spotlight series. To check our more of AMAMAK’s work, visit their photostream or check out their Tumblr.

In this week’s photo selection, we’re highlighting a spectacular picture of starlings flying in murmuration and over a dozen more exceptional shots of wildlife in their natural settings. 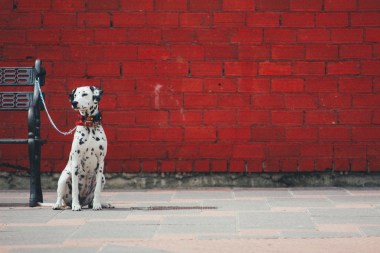 Here’s our weekly Twitter Tuesday selection featuring stunning Red photos this week. Thanks for taking part in this week’s challenge.