On our journey through the Flickrverse we came across an incredible project that we want to share with you today: Luca Iaconi-Stewart‘s ongoing Model 777 Project. 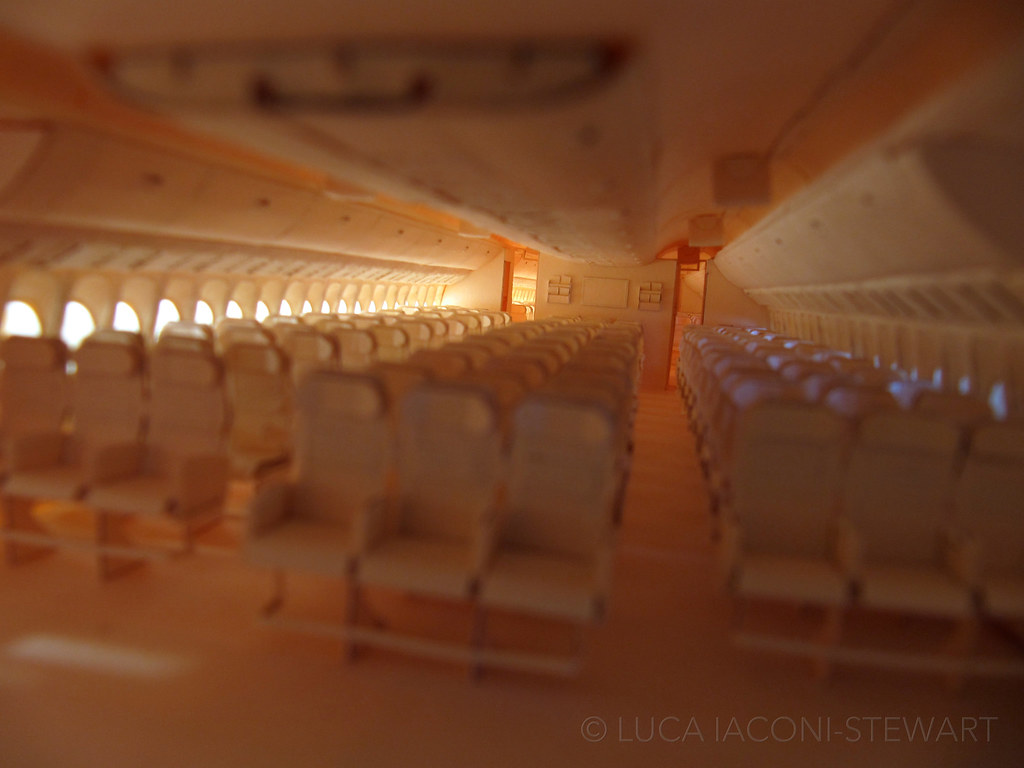 Luca is 23 years old and has lived most of his life in San Francisco, except for a few years when he was in college. He elaborates that ever since he was young he has been a creative type, making things or taking them apart to see how they work. “This latest model project”, he says, “is just another manifestation of that.”

Aside from pictures of his model, Luca loves to shoot landscape and nature photos, as those have always been things he has been drawn to. “I also occasionally shoot urban scenes/settings, like the Pier 70 area here in SF.” Walking the streets of his hometown of San Francisco, especially at night, is also a great opportunity for Luca to get creative! “It’s one way I can clear my head and sort through problems, and there is always plenty to see. Plus, you know, it’s good exercise.” 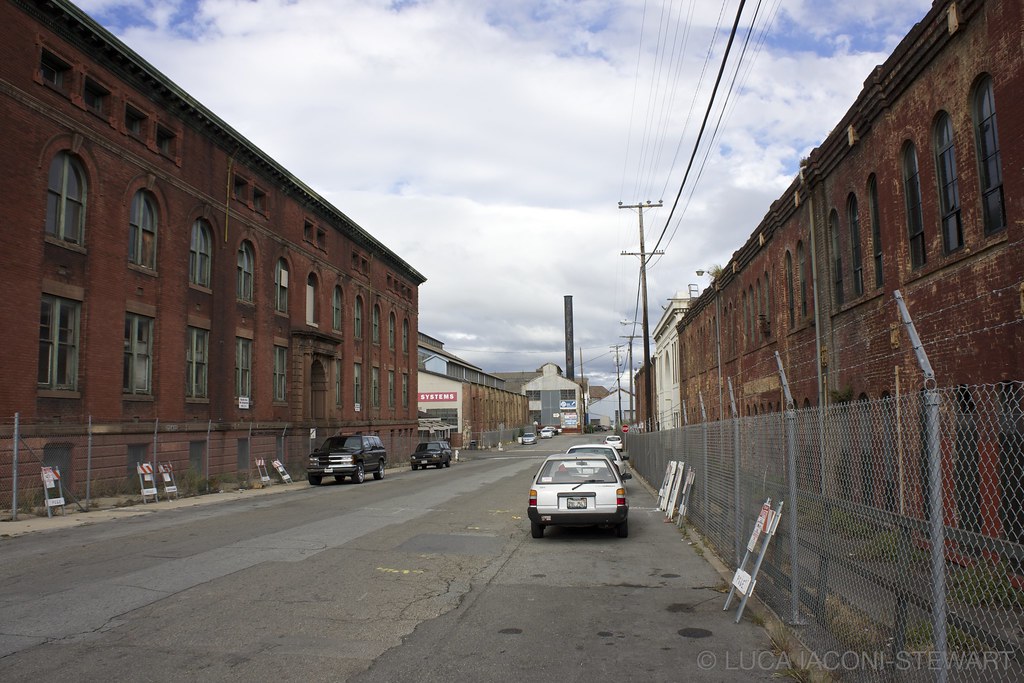 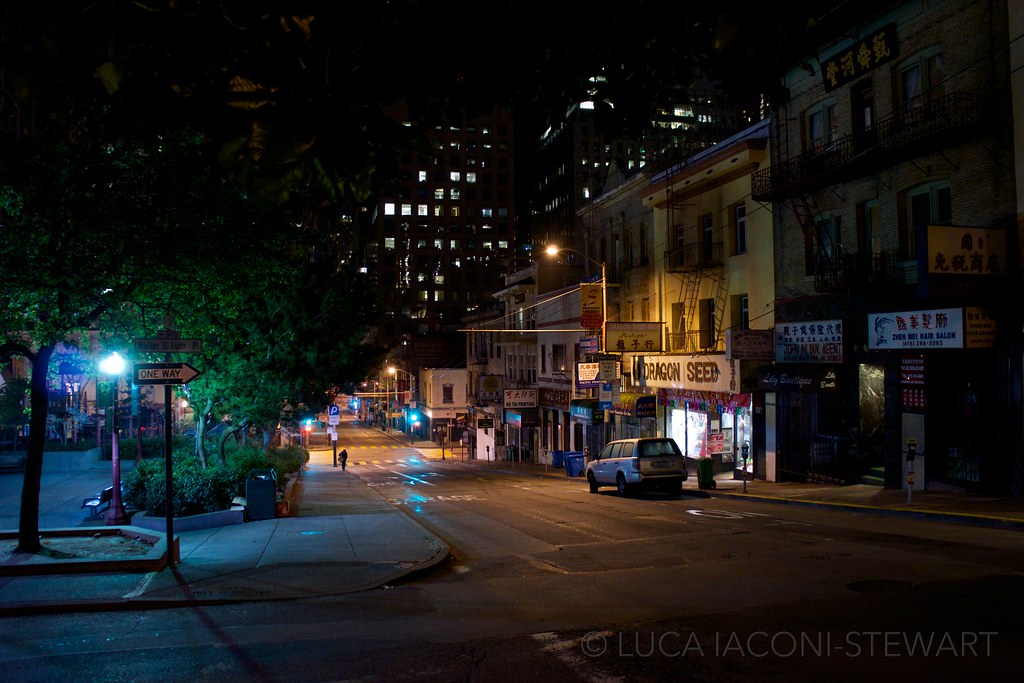 Luca’s love of photography began in 9th grade, as he was starting high school. “I was lucky enough to go to a school (Lick-Wilmerding) that emphasizes the arts, and one of the offerings was a film photography course. I immediately fell in love with the medium, and I especially liked spending time in the darkroom with fellow photo junkies, perfecting my prints.” In that class he also met a few of his best friends, and he remembers that that was a great way to start high school. “After that, I went back to digital, and I’ve been shooting ever since. I’ve definitely gotten more into photography in the past several years, though, sometimes going out in the city expressly to shoot.” 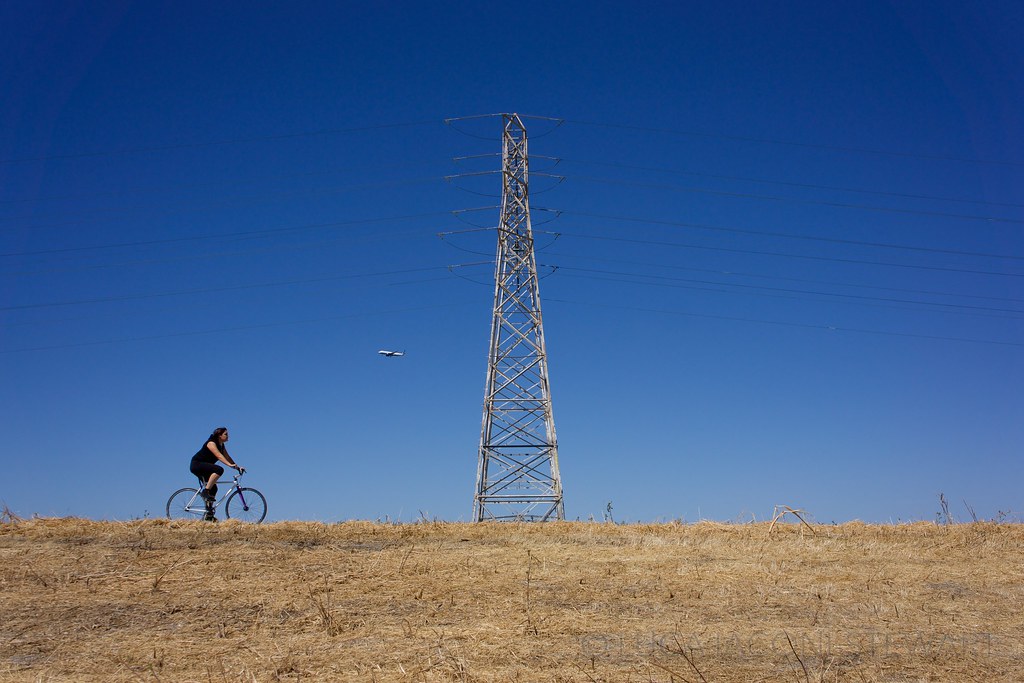 The Boeing 777-300ER project began at the end of Luca’s Junior year in high school, thanks in part to an architecture class. “We built very simple manila folder ‘massing models’ of our ideas, just to get a sense of the shape of the buildings as we refined the design, and that’s really what made me fall in love with paper as a medium for model-building.” Luca explains that paper is a pretty mundane material, but when used correctly, it can serve an incredible number of roles with limitless options. “Thanks to the amount of feedback I’ve received over the past couple of months, I’ve gotten the sense that the detail of the project has opened people’s eyes to the versatility of paper, which really makes me happy. I think many don’t realize that this material can be used in totally unconventional ways, so I hope I’ve been an inspiration in that sense!” 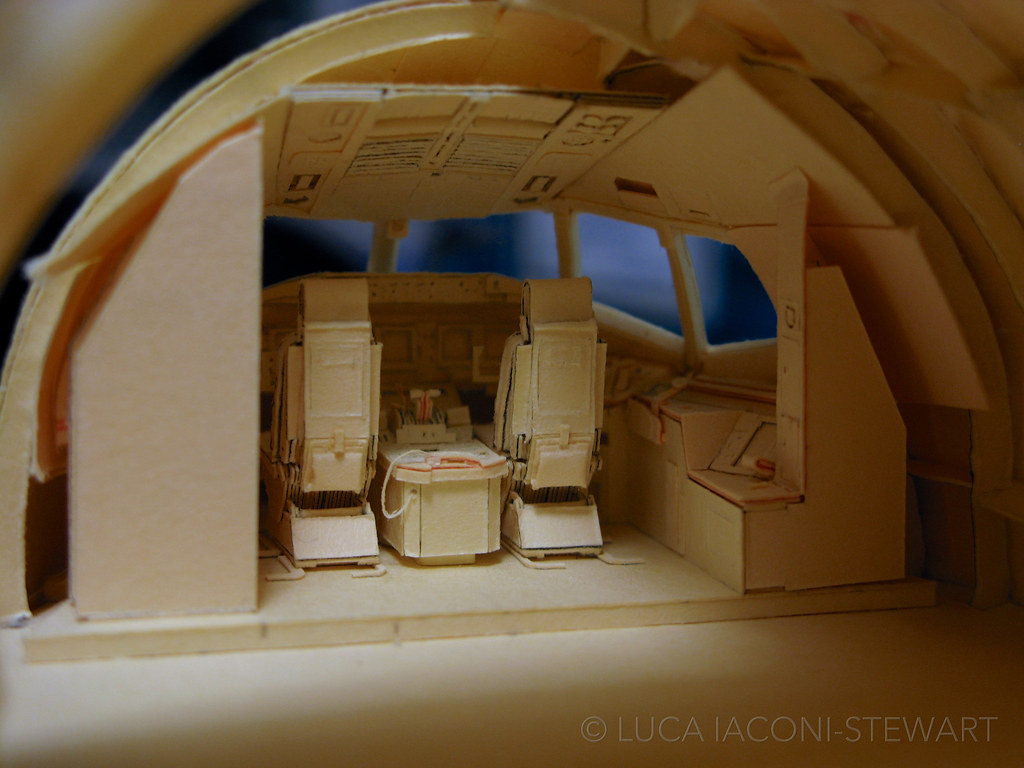 At some point, I decided to try something really unconventional, and a model plane seemed to fit the bill.

“I’ve always loved the shape and aesthetics of the Boeing 777-300ER, so it was a natural choice for me, I suppose. Over time, I perfected different parts of the plane, sometimes going back and re-building parts that weren’t to my liking, and here I am, six years later, finishing the project up!” Aside from the inspiration from his architecture class, Luca is entirely self-taught. “I’ve learned a lot over the course of the build and it helped me immensely perfecting my skills to the point where a lot of it seems to have become second-nature. Much of the stuff I’m doing now, I never could have imagined doing at the start of the project.” 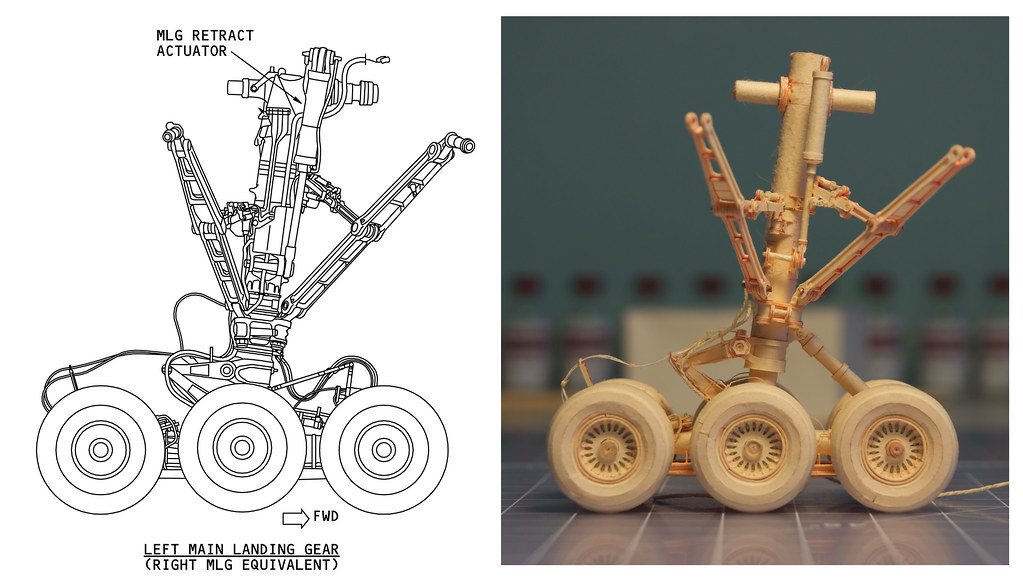 While Luca is publishing his still work on Flickr, he also has a channel on YouTube where he shares his passion for aviation. There, you can also see some time-lapse recordings of his model 777 construction work and explanations of how various parts of the plane work (e.g. the thrust reversers on the engines). While he wouldn’t call himself a videographer, it’s definitely something he has been working on perfecting as of late as well: “The painting time-lapse video was probably the single most involved video I’ve ever produced. I was kinda doing a multi-person job, which was stressful at times, because I still wanted to get the paint job done properly. The editing and color-correction also took far longer than I would have liked, but the end result was really satisfying, so it all worked out. Most of my videos, though, are quite simple, with the aim of showing a particular part in action in a way that would be impossible with just photos.” 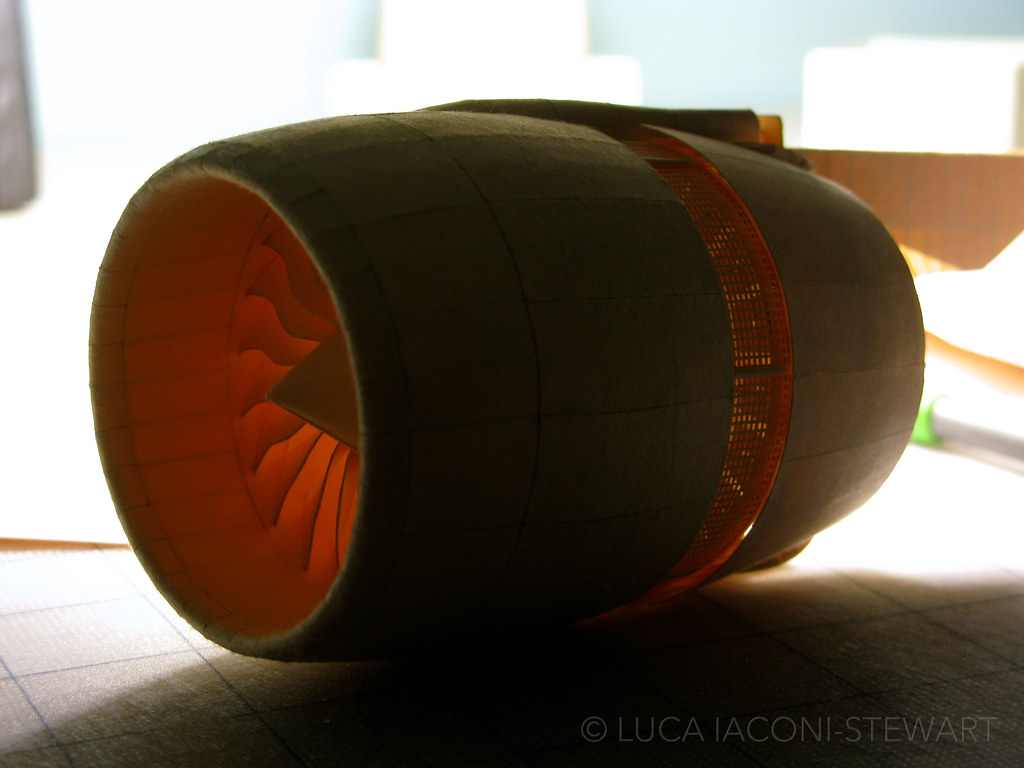 Asked about the impact his work on the model might eventually have, Luca says, “the model is technically a cutaway”, and therefore he believes that, “it’s a great way for people to understand how the interior is configured and to get a sense of scale.” Luca has also been wondering about the impact of his project on his professional development: “I’ve never worked in any fields even remotely related to what I’m doing now, so I’m trying to bridge that gap. I could see myself working in engineering or industrial design, but both obviously require specialized training, so I may very well go back to school in the near future.” While Luca says he doesn’t want to limit himself strictly to model-making (“this project has been intensely frustrating and draining at times”), he would consider building another model if someone offered him the right compensation for a unique opportunity of full-time model building. 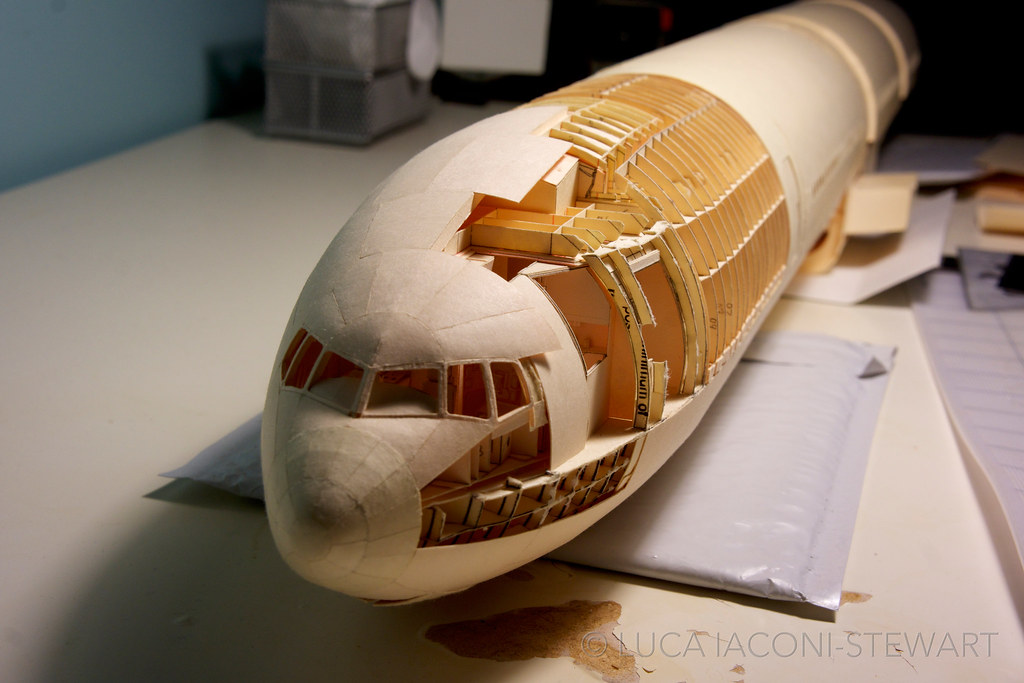 Luca’s gear used to be Canon point-and-shoots (SX200IS and Powershot G9) which he still uses for ultra-macro shots, but last year he acquired a Sony NEX-7, which he loves: “I use it for my video work, too. It’s been a huge step up for me… all I need now are some good lenses!”

As for Flickr, “I’ve known the site for quite some time, mainly because of the incredible work that people post on the site. I actually (**confession**) have a huge folder of shots that I use as computer wallpaper. This way, I always have something fascinating and beautiful to look at when I’m working at the computer!”

At the end of 2012, Luca created his account for posting pictures of his model, and lately, he has also been posting some of his other photography. “It goes without saying that Flickr is an amazing community, and it’s really evident, both in what people post and what people have to say about what I post. If anything, I’ve been both awestruck and inspired by other people’s work, so it has pushed me to improve my own. The aviation community on the site in particular has been an invaluable resource for finding detailed shots of every part of the plane. It’s also nice to hear what people have to say about the model; I know there are plenty of people who are eagerly awaiting its completion.” 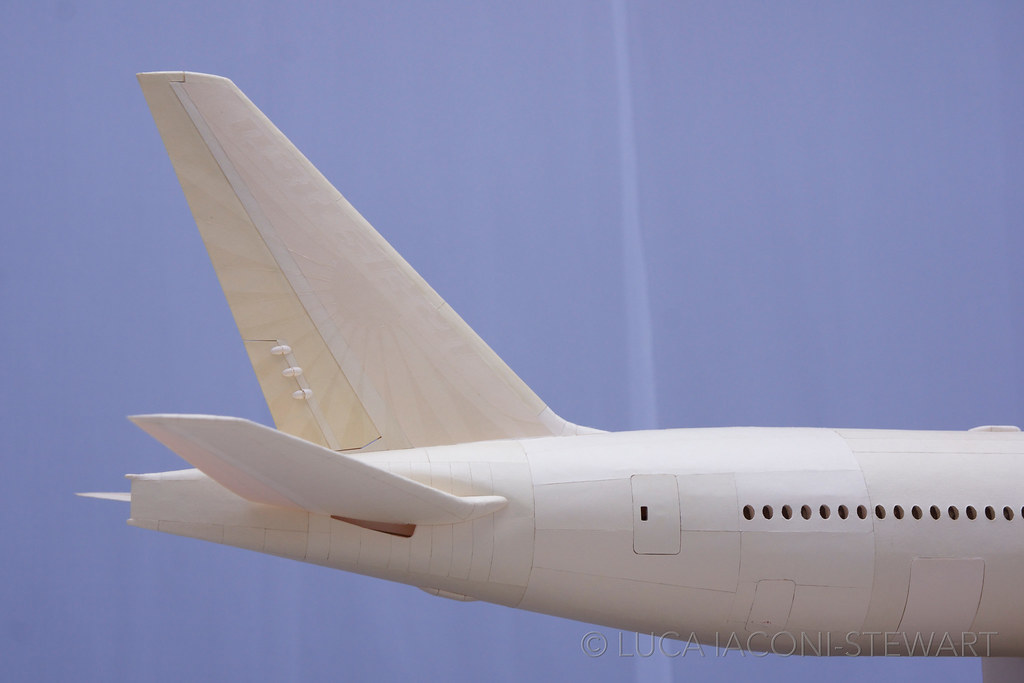 “One of the first people who contacted me on Flickr was Jan Jasinski, who takes amazing and rather artful aviation photos. I’ve been following him for a while now. Other favorites are Tobi Gaulke, for wonderful candid shots, Andreas Levers, for cool and somewhat haunting urban/industrial pics, Nguyen Ngoc Vu, who does stunning paper art, and J Eli Felicitas, who takes cool shots of San Francisco (always great to see the city through other people’s eyes!).” 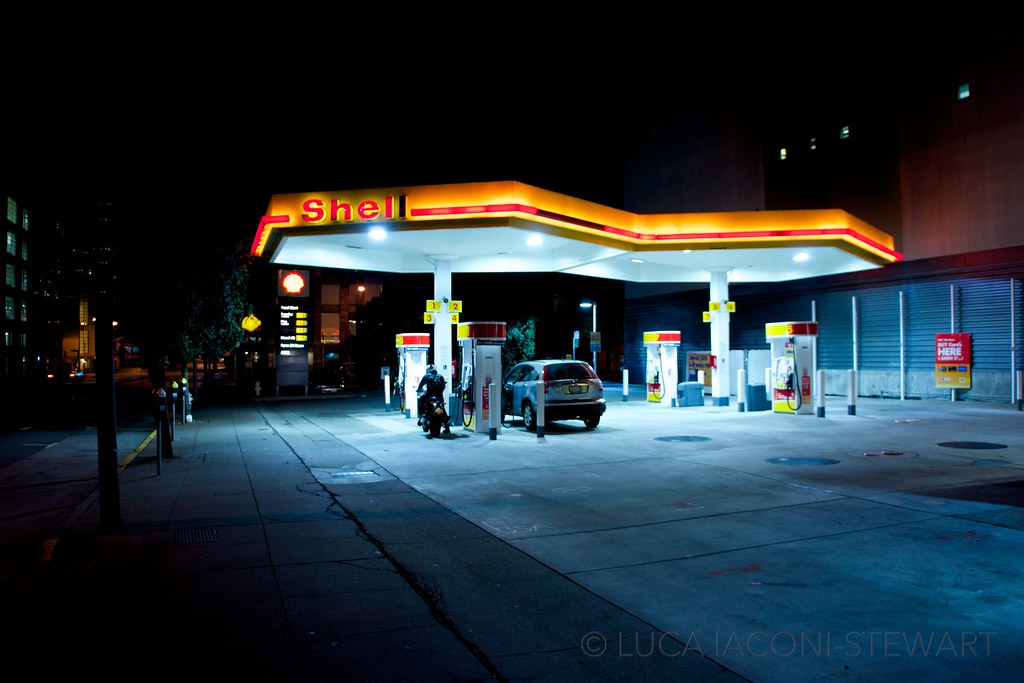 To see more of Luca’s photos of the model as well as other works, check out his photostream, and don’t forget to follow him if you’d like to follow along to the completion of his incredible project.