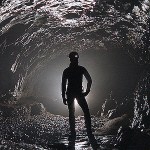 As an avid underworld explorer and photographer, Brendan Marris has compiled iconic shots of the vast cave systems in the U.K., particularly the chambers and tunnels of South Wales. He's kindly shared his experiences in a spelunker's paradise -- full of crystal-lined chambers, dangerously slick passageways, and amazing natural mazes. 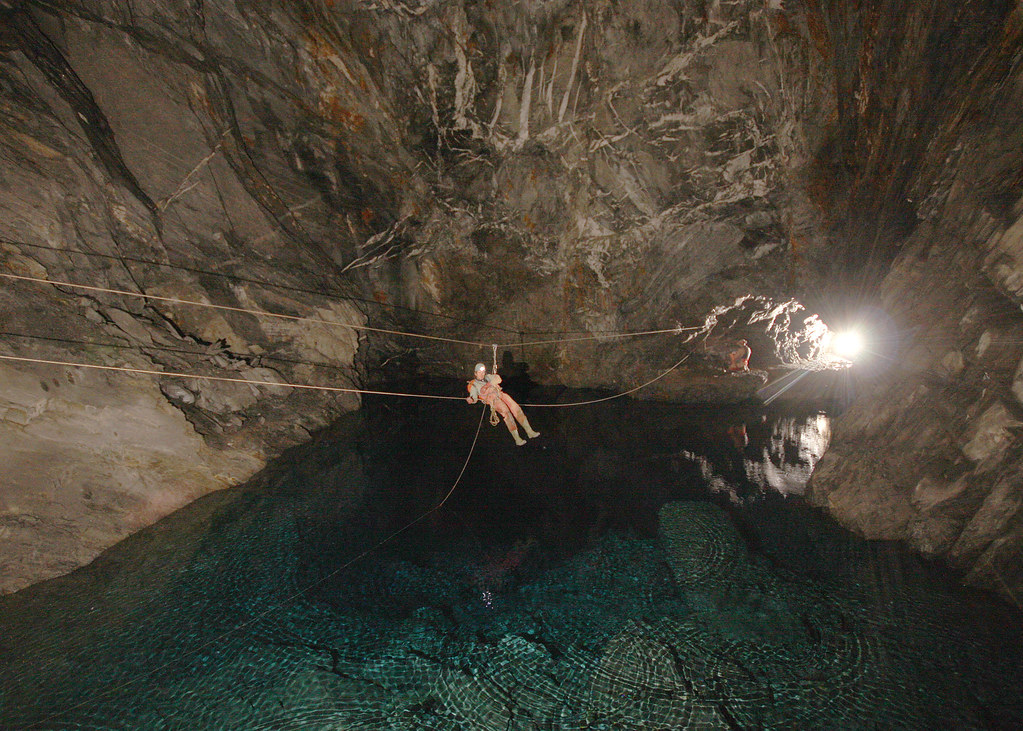 I have been a caver on and off all my life, starting off in my youth and then at university, then an interlude of a few years before picking it up in later life. When I started caving again, I was motivated by stunning photos of caves seen in publications. It was not long before I too was taking a camera underground trying to recreate the iconic shots that I had seen in the caving guidebooks. I have continued to pursue the art of cave photography with a particular focus on the caves in the South Wales area of the U.K., compiling over the years a photographic guide to the caves. 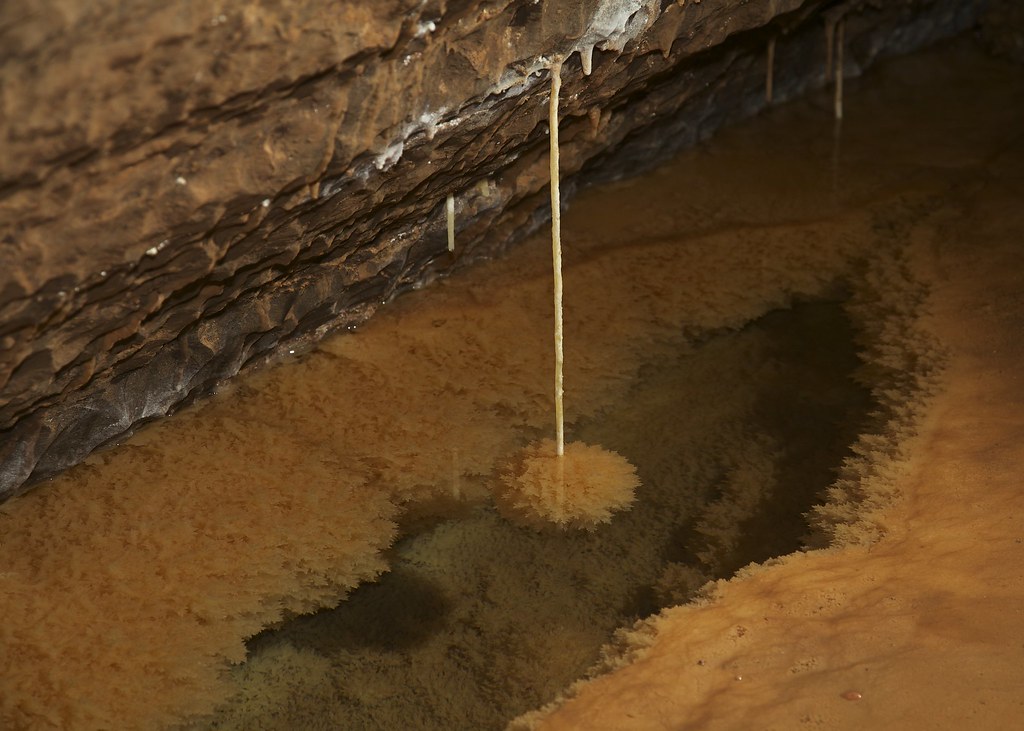 What shooting location in the underground was the most memorable to you?

One of the key drivers for exploring caves is going to places that very few people have seen before. In the large cave systems of Wales, there are plenty of opportunities to visit areas that few people have been into before, and there is always a an element of surprise in what you will find. Last year on a visit to Dan Yr Ogof we decided not to follow the main passage into the massive chambers that mark the end to the cave but to break off before this point and explore a rarely visited branch passage. By avoiding the allure of the Great Hall at the end of the cave, we entered a smaller but stunningly beautiful passage, overlooked by virtually all cavers who are drawn to see the chambers at the end of the cave. 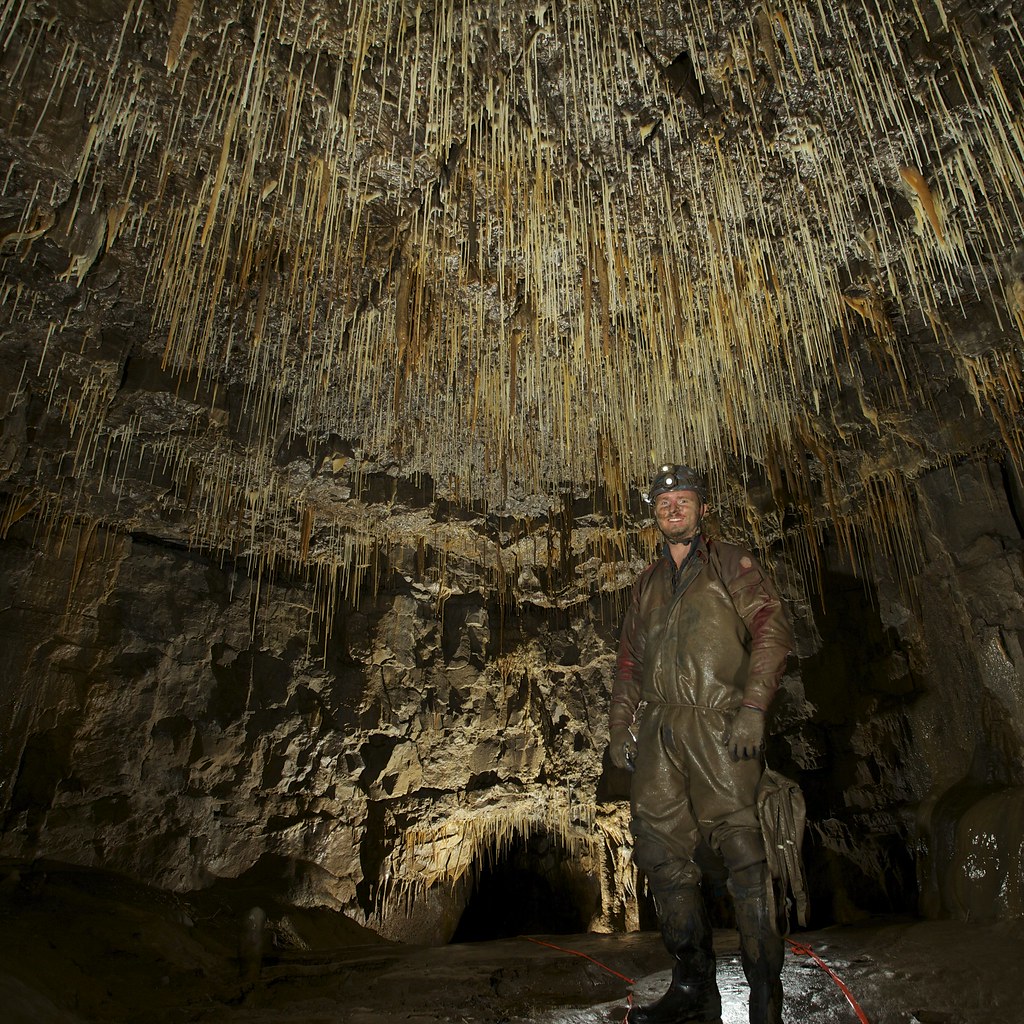 What gear do you use?

Beyond that last rays of sunlight that fall in the cave entrance, all light must be carried into the cave. While this is logistically a challenge to carry additional gear, it means that any light used in a scene is placed deliberately and is used to increase the drama in the shots. I prefer not to over-light the pictures and keep areas of darkness within to capture the atmosphere of the cave. As standard I carry three Vivitar 285 flashguns and additional ones when planning larger chamber shots, all the flashguns are controlled by wireless or infra-red slaves. 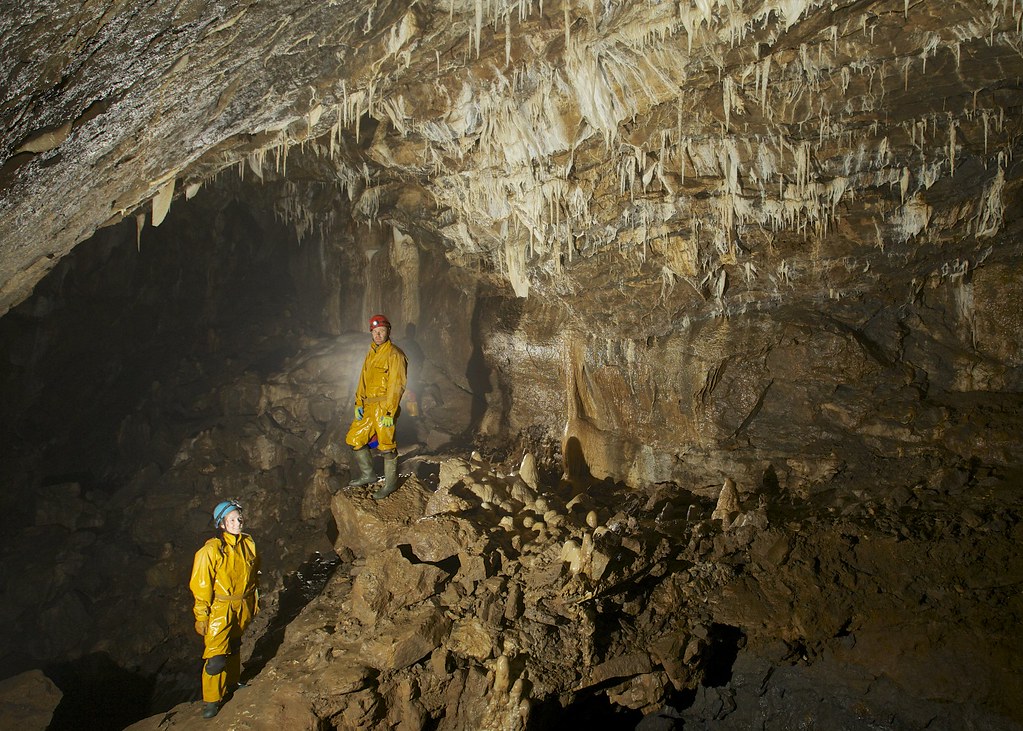 Currently I shoot with a Canon EOS 5D mkII. Its full frame sensor working well in low light and at high ISO ratings, producing great images with very low noise levels. Shooting in confined spaces requires a very wide angle lens, so on most outings I will have along my 17-40mm L series lens. Caves by their nature are often wet and muddy and the journey to locations within will often include arduous exertions over a period of several hours. Everything is double checked before setting out, the equipment needs to be robust and well protected in waterproof cases to ensure that you arrive at the shoot location with dry working gear. 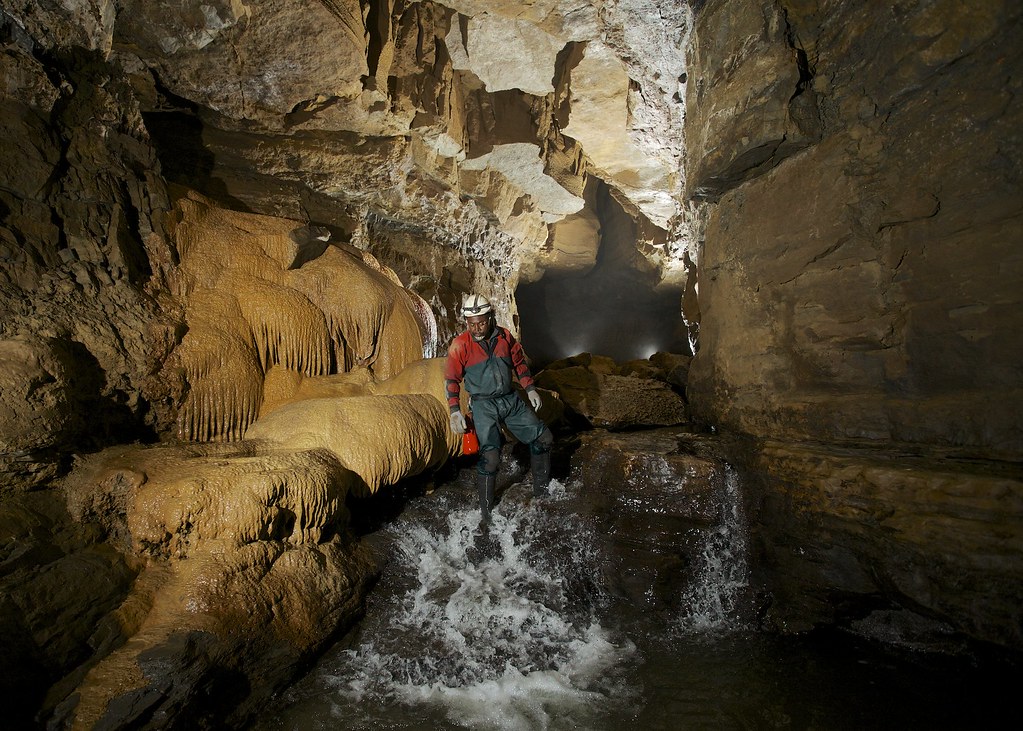 The air is damp, your hands are wet, there is mud and grit about, these are the worst enemies of the photographer in the caves. The caves are cool, about 10-12 Celcius which is fine while you are moving, expending energy and keeping warm. Once stopped to take the photos you quickly cool and feel chilled, especially if the cave is wet and your clothes are soaked. The clock ticks as you set up the lighting, work out the composition and take the shots you need. Time is limited, you must pack up, get moving again to the next location, rewarmed and ready for the next pictures.

How dangerous is caving?

Some people will think that caving is a dangerous activity, and without planning, training and preparation then it could easily be. However the reality is that there are very few accidents as all the hazards are very obvious. Weather is checked before heading underground to avoid floods, climbs are protected with ropes, teamwork is essential and part of the experience. Navigation is aided by carrying surveys of the caves and before going underground a ‘guardian angel’ is briefed on your planned route and expected time out just in case things go wrong. 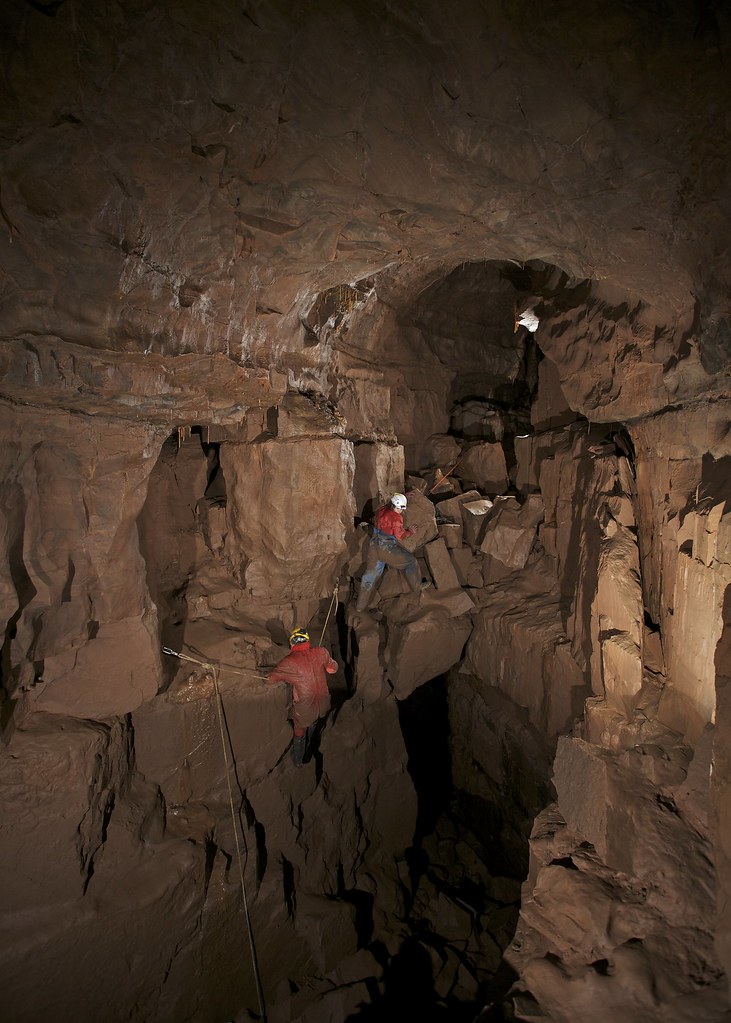 What draws you to go underground?

Many people imagine caving as lots of tight crawls and squeezes, thinking it could hold little attraction. And if that was all there was, it would be very true — but beyond, lies open passages, deep pits, high vaulted chambers, and streams that meander through the hillside. The challenge is to find the route, overcome the obstacles, and follow the passages deep into the mountains to reveal the secrets held within. 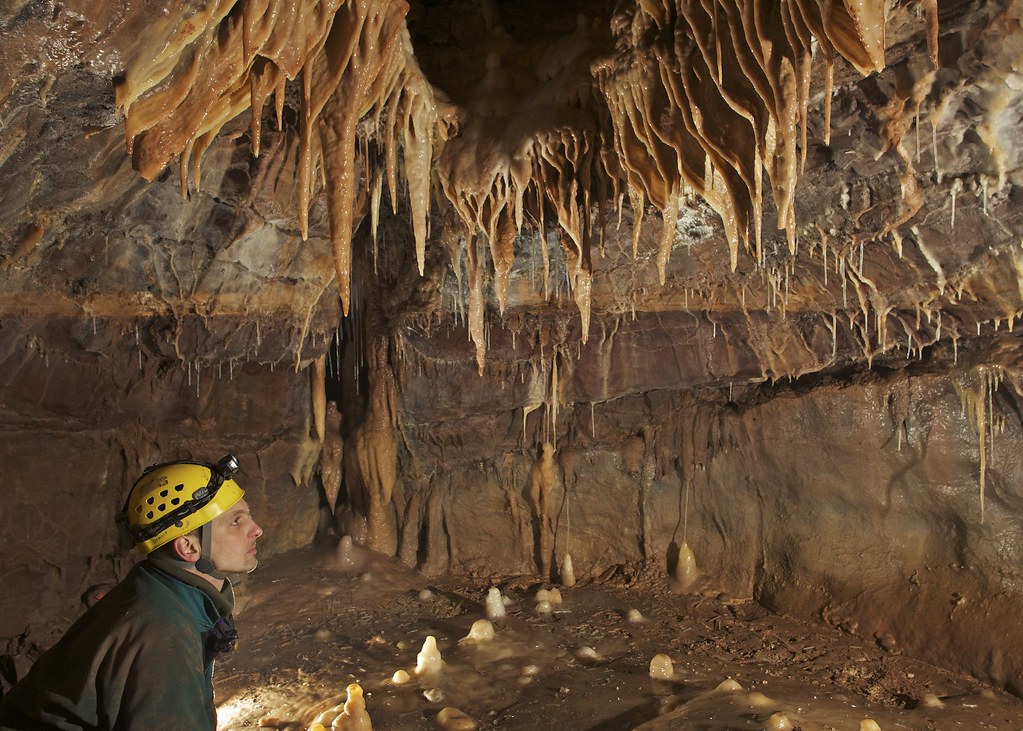 Where light falls on the rock, the roof, floor and walls of the passages is revealed, where there is no rock, the light melts into darkness. That area of black that no light can illuminate is the cave continuing ahead, it is the void, the nothingness that draws you on further and deeper into the cave. It is the reward of the cave explorer to look into nothing. Cave passages are sculpted over millions of years by flowing water which produces sweeping curves and beautifully scalloped passage walls. The flowing water is the lifeblood of the caves, it has scoured out the passages, it turns the grey limestone black at its touch and the rumble of its flowing is an ever present companion. The light from the headlamps of cavers approaching you glances off the surface of the rock giving strong highlights off the peaks and casting deep shadows over the hollows. The lights pick out the texture of the rock with stark contrast, looking almost monochrome in the harsh illumination. 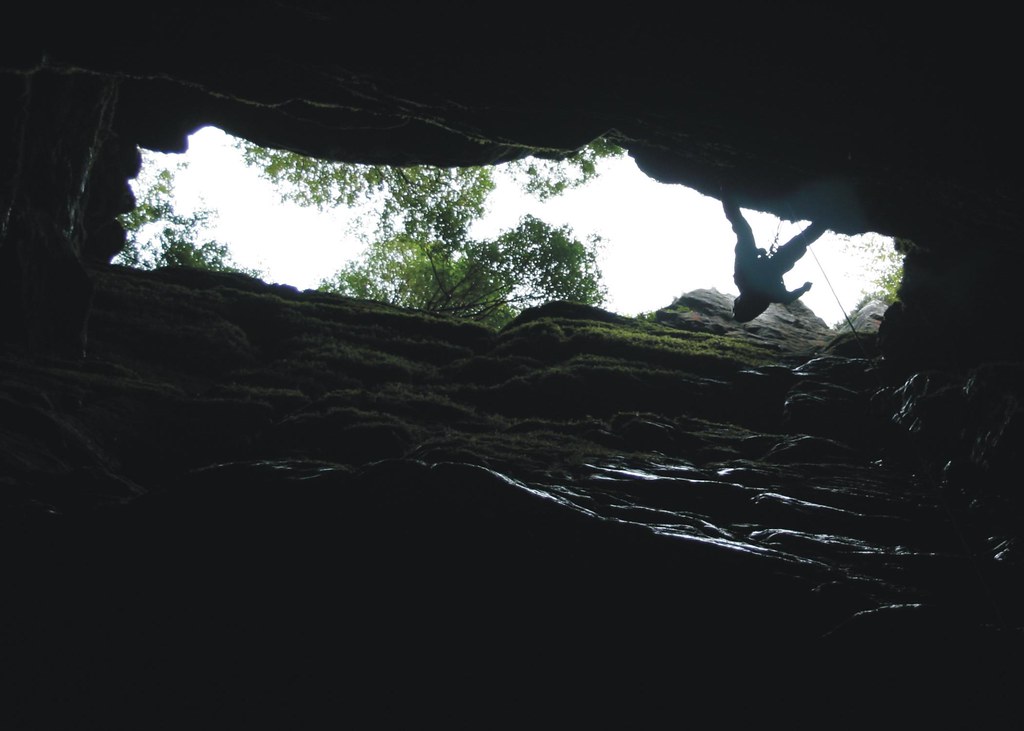 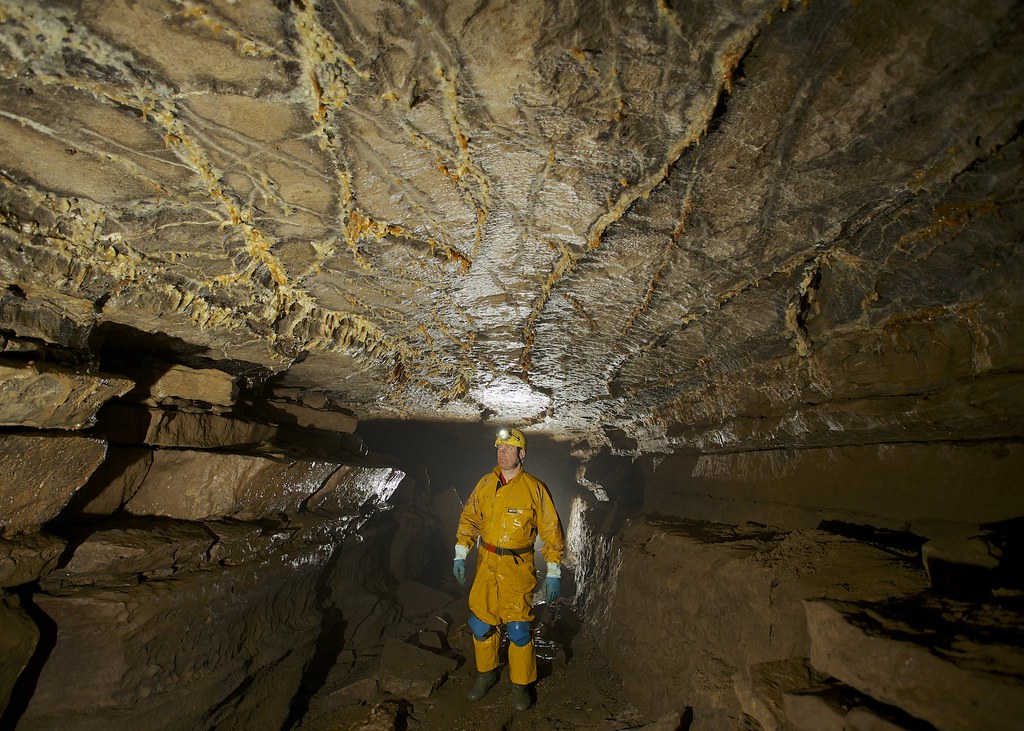 Tell us about the caves of the U.K.?
I live in the center of the U.K., making all the caving areas easily accessible via a drive of no more than three hours. The caves vary quite greatly from one area to the next with the caves in the North of England being predominantly vertical potholes clean-washed by streams running off the dales. In the heartland of England, Derbyshire caves are often associated with mines where mine shafts connect with natural passages and chambers. 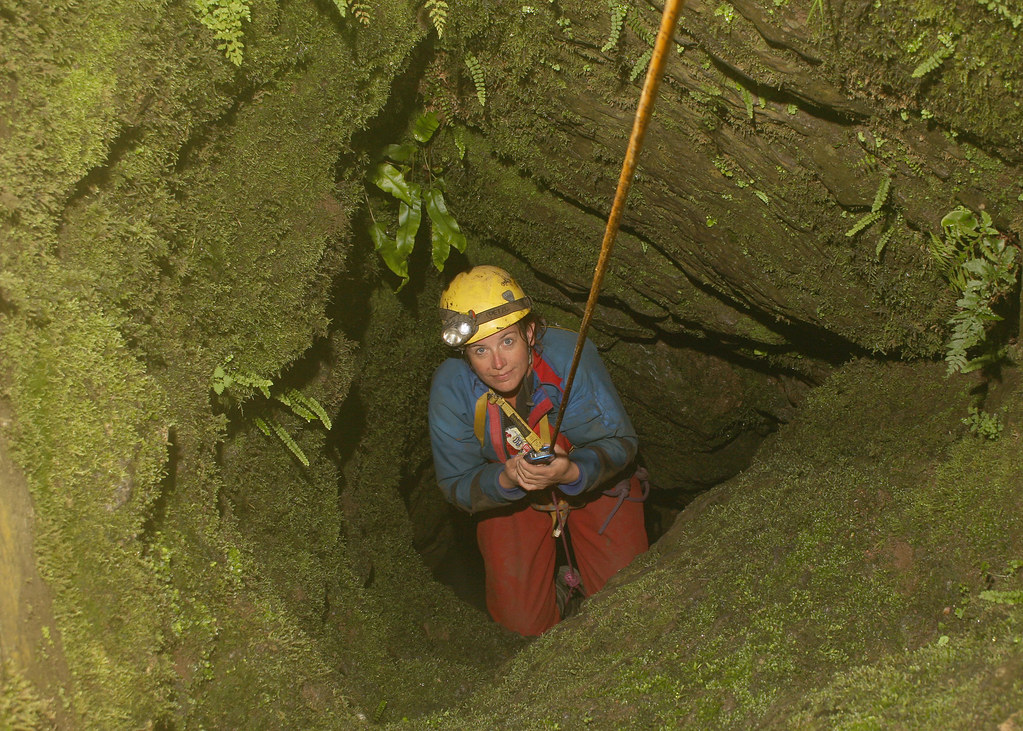 Traveling down to the South West of England streams disappear down swallets into the smaller and more challenging caves that are found on the Mendip Hills. 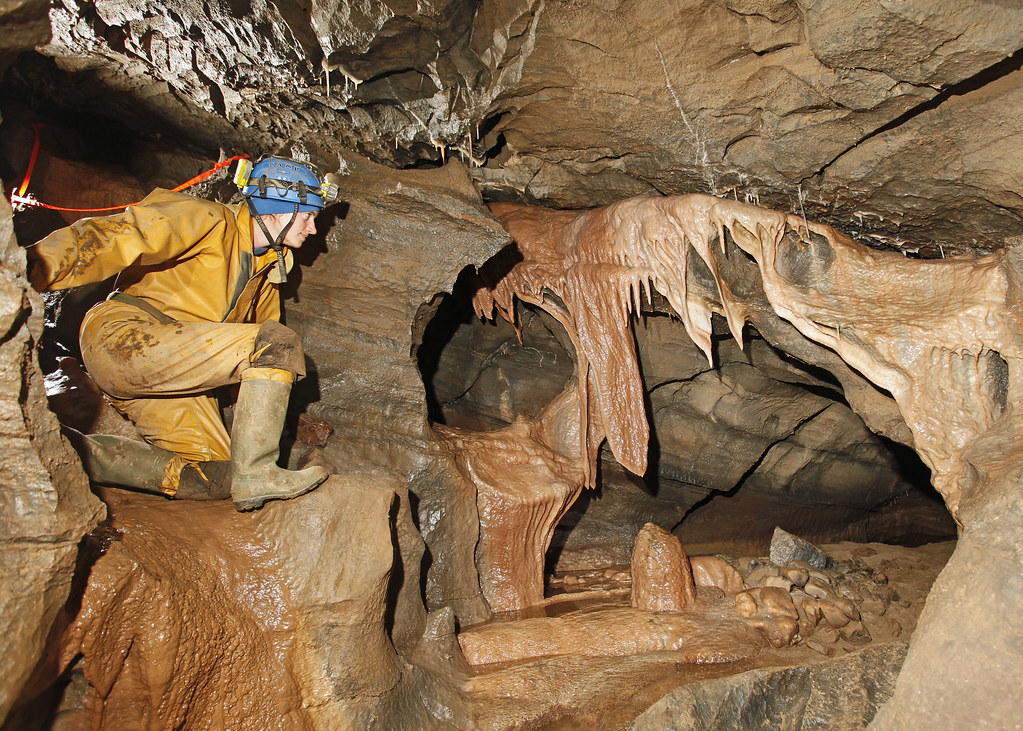 My preference is for the caves of South Wales, where vast systems run for tens of kilometres under the hills. Here maze-like cave systems up to 70 km long provide both physical and navigational challenges to find the far reaches and areas of unique beauty. 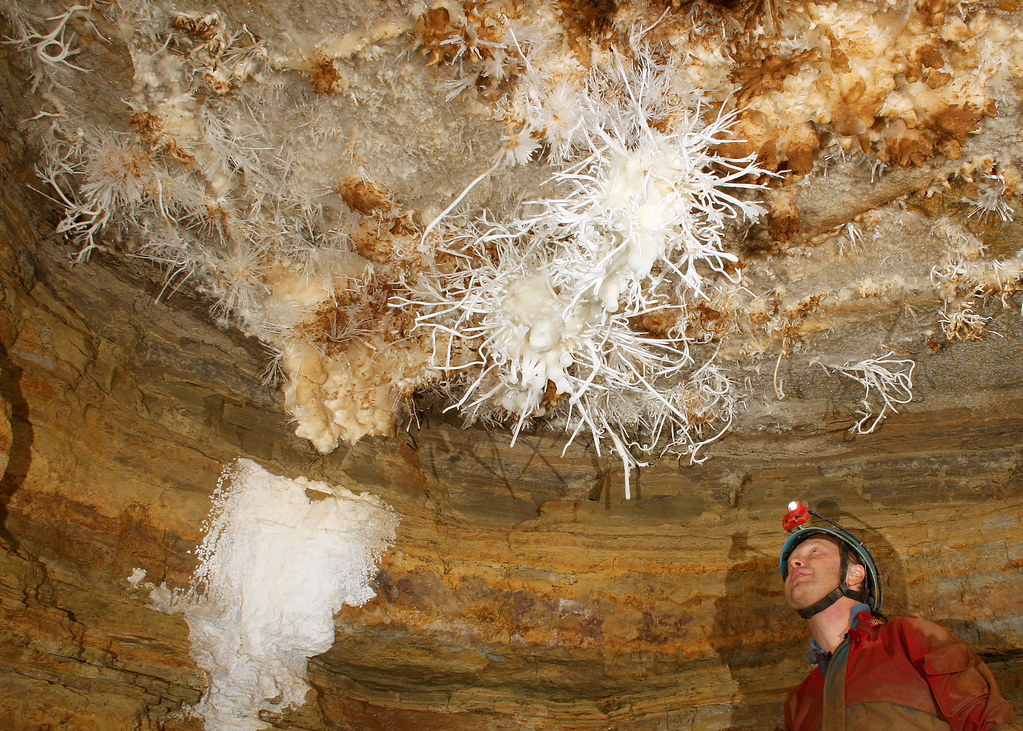 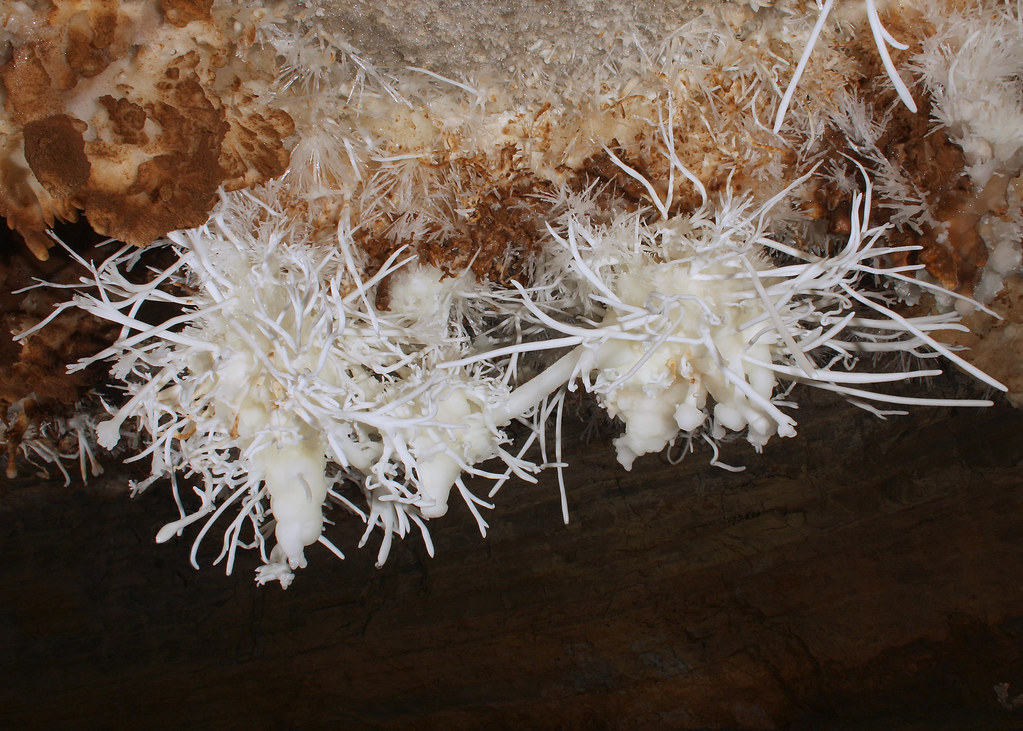 What photo, or photo series, of yours are you most proud of?

Long after the streams that formed the caves last flowed, the constant dripping of percolation water can produce some magnificent crystal formations over thousands of years. At the far end of the 70km long Ogof Draenen cave system lies the Geryon, a mind-blowing pure white formation. Taking six hours to reach this point in the cave carrying the camera gear we spent an hour taking photos. We signed our names in the logbook before we left, with our visit on that day it made 40 people who had stood in this chamber and set eyes on it. It was a vast distance to travel, navigationally challenging and physically exhausting 13 hours of caving, but a fantastic privilege to be one of a handful of people to visit it. 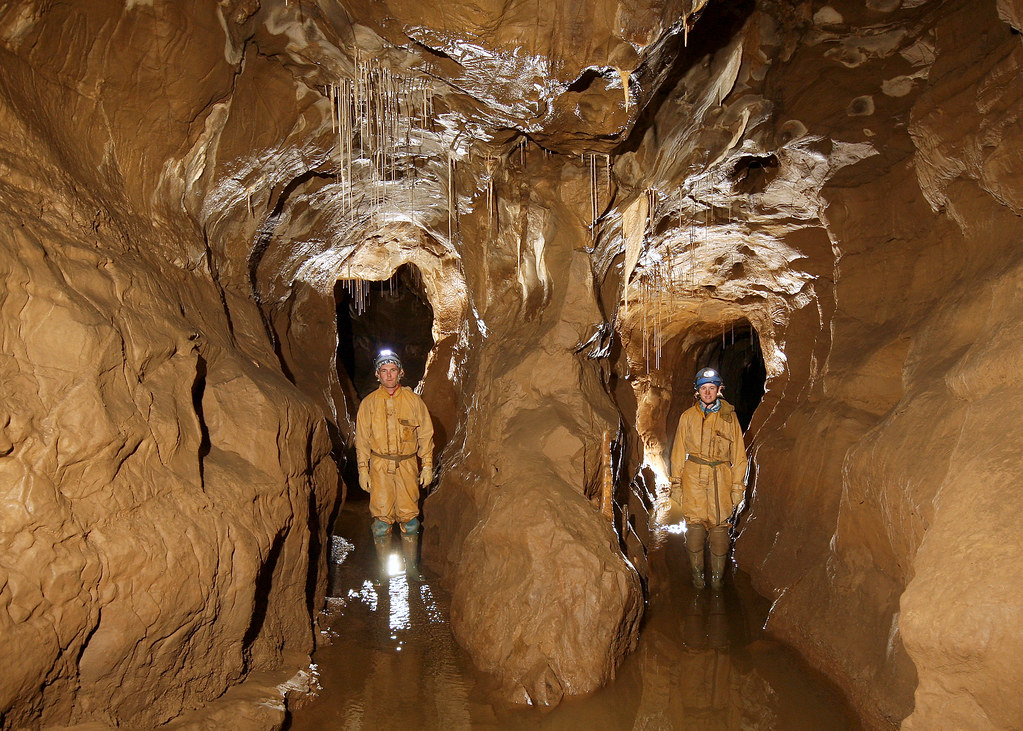 People who I follow avidly at the moment are producing stunning photos in low-light environments. Here are three of my absolute favorites: 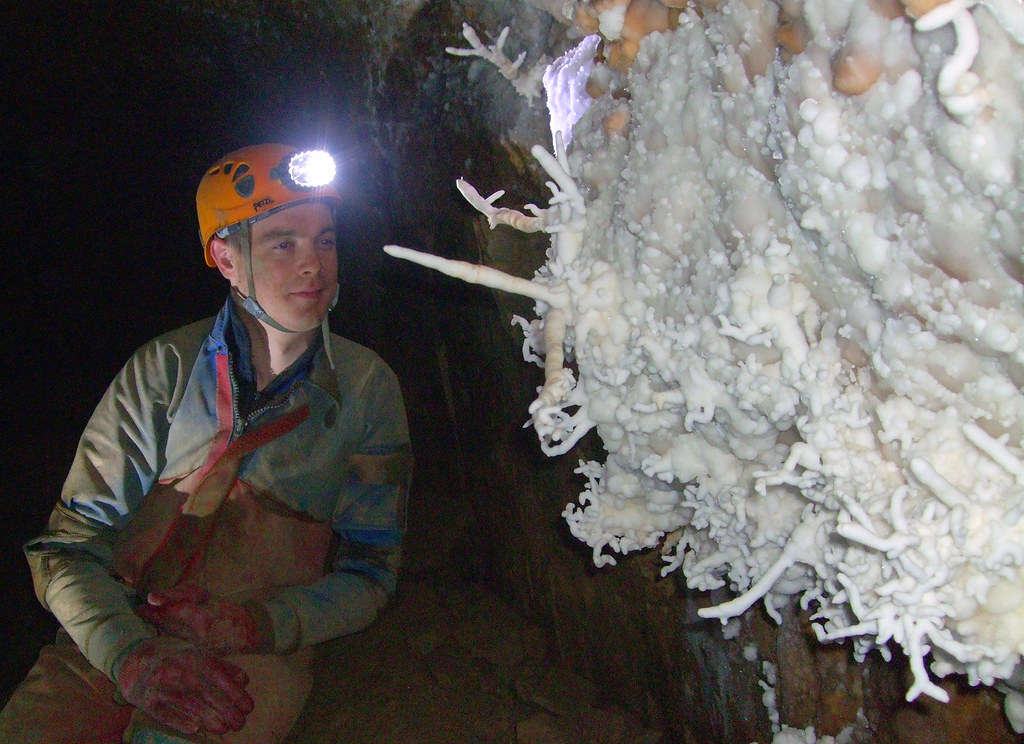 Matt Emmett – Forgotten Heritage Photography
Matt started out as a caver but concentrated his photographic efforts in the field of Urban Exploration. He has excelled in the Urbex field and produces the most stunning photos of urban decay. His lighting is subtle and the post processing on the images is an art form. 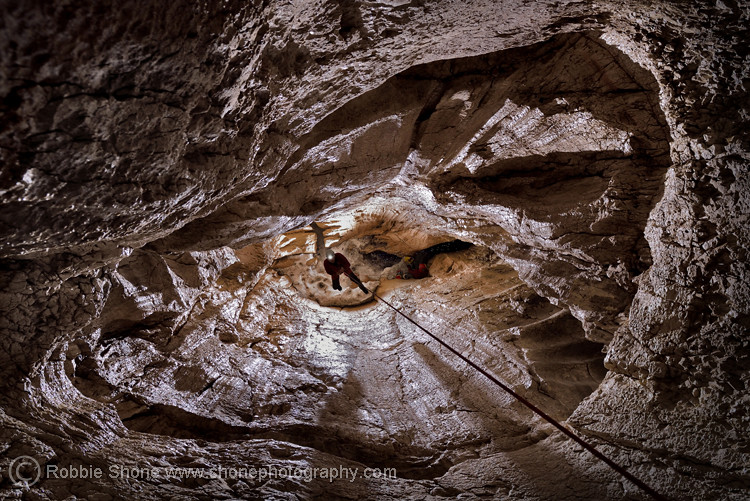 Robbie Shone – Cave and Travel Photographer
Robbie leads the field in cave photography, producing jaw dropping images of the most fantastic places from around the world. Despite hours of set up required for each of the locations, all the people in the shots look perfectly natural in these showcase images of the largest chambers on Earth. 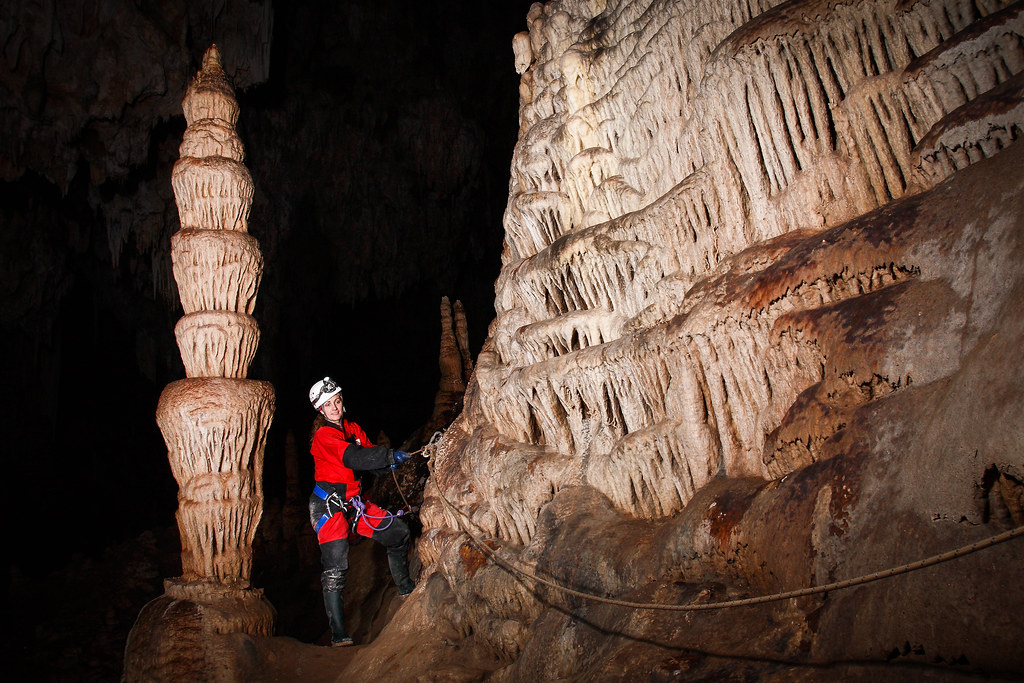 Espeleofoto – Roberto F Garcia and Sergio Laburu
A collective of photographers here, who have produced a catalogue of photos of stunning caves across Spain. Working as a team they produce spectacular cave photos stunningly lit to highlight the beauty of these amazing caves.

Thanks so much, Brendan, for sharing your caving experiences. 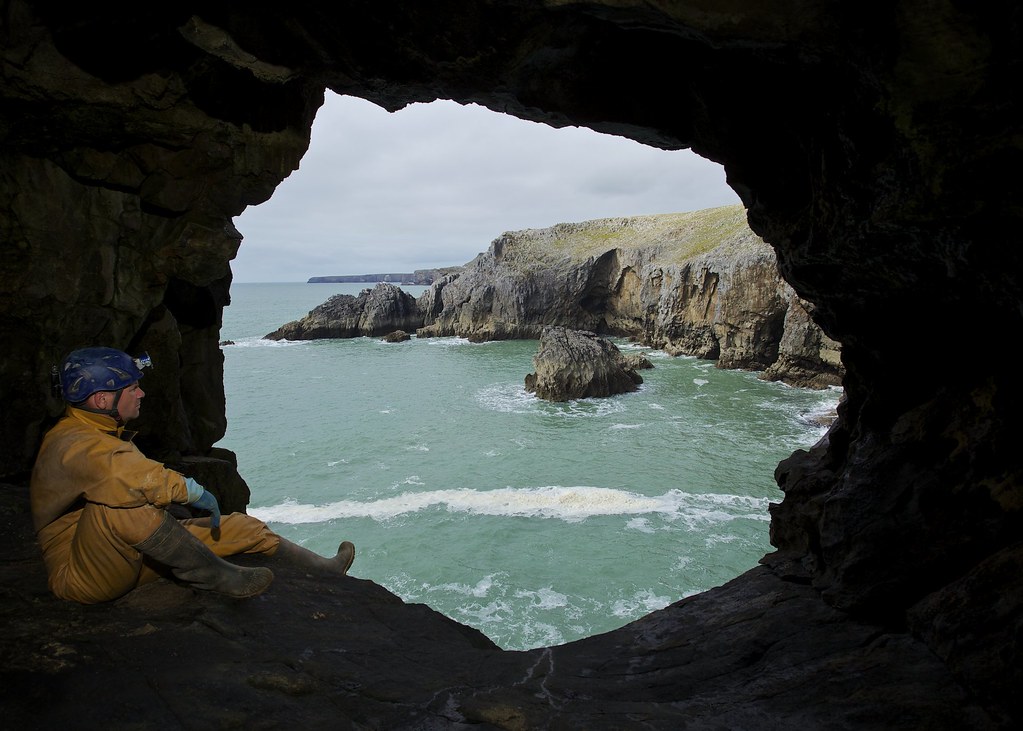 Check out Brendan’s photostream for more of his photography and his photographic guide to caves. Also, explore more photos related to this subject in the Caves of the World group.

The #TwitterTuesday theme for this week is #Analog, and we’ve got a lot of lovely and creative images from all of you. Some of the photos convey a sense of nostalgia, make us to remember the wonderful old times of the past.

Contributors of the Yahoo Travel group have shared marvelous shots of a variety of destinations. Their photos are inspirations for the features in Yahoo Travel’s Snapshots. As a tribute to them, we’d like to highlight their photography.