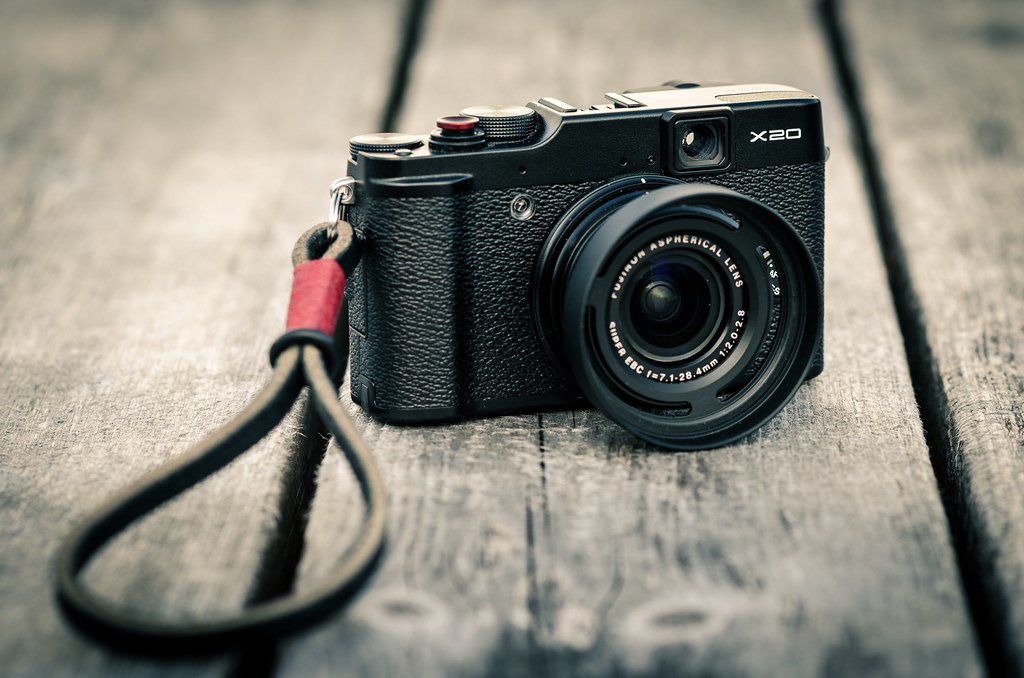 The first popular consumer digital cameras were point-and-shoot or compact cameras, which enjoyed enormous popularity until the rise of cameraphones. These systems tended to be consumer-friendly, offering easy controls and a zoom lens. There are a range of specialist ‘superzoom’ point & shoot cameras that trade small size for huge optical zoom ranges. Recently there has also been the advent of expensive high-end, point-and-shoot cameras targeted at pro photographers.

Compact cameras range from US$120 to $US1000+ for the specialist pro versions.

The larger camera body allows for better quality sensing hardware and optics compared to cameraphones. Optical zoom allows the camera to be used for both wide and telephoto shoots without loss of quality. The typically larger sensors also permit better performance in low-light and more creative options for depth-of-field. Like cameraphones, these systems are small and not intimidating, which allows the photographer to get close to the subject. The pro compact cameras have more manual options and higher image quality at the cost of friendly controls and a higher price.

Compact cameras have historically been the entry point into photography for most people. Despite stiff competition from cameraphones, there is still a wide range of well configured, affordable cameras being developed.

Like cellphone cameras, most compact cameras have a much smaller sensor than Micro 4/3 or DLSR/MILC systems. This isn’t necessarily a disadvantage – the configuration means that less lens movement is needed to get a sharp, in-focus shot every time.

The larger sensor means that most compact cameras will perform capably in low-light. Most come with an on-board flash, though I’d suggest you avoid using it if you can (it tends to create ugly results).

The full-frame equivalent f-stop varies between f/12 to about f/30, which leads to the aforementioned ‘sharp’ shots. Where they stand out from cellphones is that most come with a zoom lens, allowing for an equivalent focal length of about 24mm to as high as 150mm. This means that good light compact cameras can take sports and action photos.

There are more controls on a compact camera than a cellphone camera, but they are often quite simple compared to Micro 4/3/DSLR/MILC systems. They are designed for ease-of-use, but most nowadays will offer a few manual controls for those seeking a bit more control.

Compact cameras are also relatively small and light. This means that they are unobtrusive and can easily be carried in a small bag or a pocket. All the gear you need is in the camera itself, so they are easy to take with you.

It’s important to note that size does matter. You might find yourself in a situation where you wish you had your camera but didn’t bring it with you because it was too bulky, but if you had a compact (or smaller!) camera you would be using it. In this situation, the compact camera clearly wins because the system you use is the one that matters.

If you’re willing to sacrifice size, the major manufacturers all offer fixed-lens ‘superzoom’ cameras – Nikon Coolpix, Canon Powershot SX, Fujifilm FinePix S-X, Panasonic DMC-FZ amongst many others. These semi-pro cameras offer huge ranges of focal lengths. At the high end, they often have the full-frame equivalent of 400 to 600mm, which is arguably equivalent to using binoculars or even a telescope. These superzooms are well suited for birdwatching and sports photography.

The major manufacturers have also been producing expensive but extremely high quality fixed-lens compact cameras. Targeted at semi-pro to pro photographers, these unapologetically complex, often heavy cameras have a full set of manual controls and offer good support for shooting RAW images. Notable recent versions of these include the venerable Fujifilm X100S and Sony DSC-RX series. 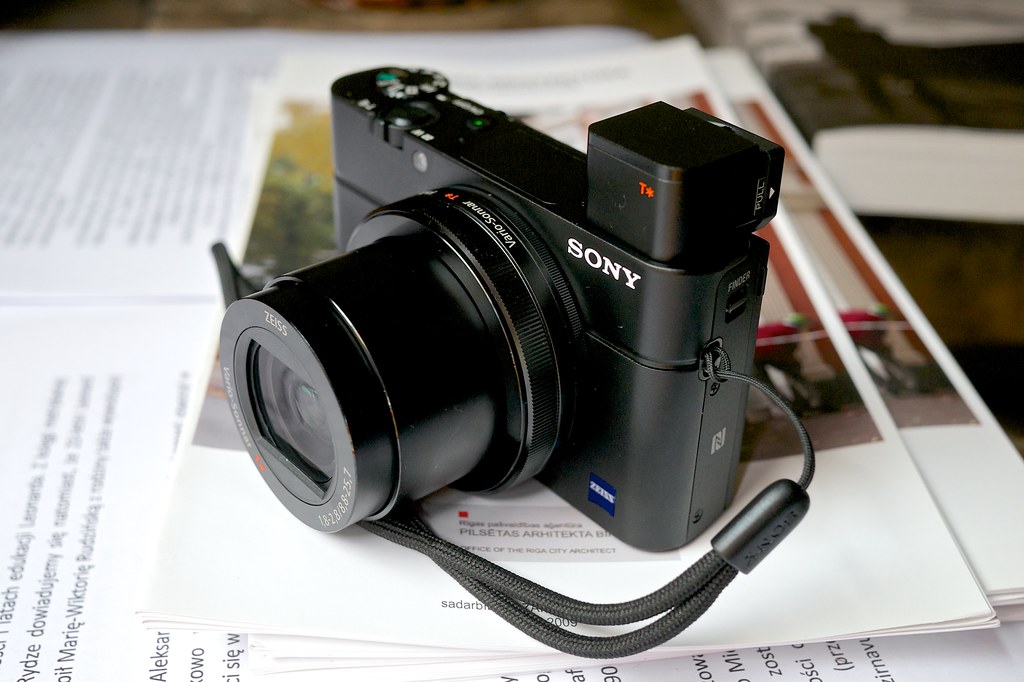 For the adventurous, some Canon compact cameras can be loaded with the open-source CHDK firmware (http://chdk.wikia.com/wiki/CHDK – see camera list on the right-hand side). This special firmware unlocks pro features of the camera, allowing for full manual control. Other features include advanced displays, timelapse mode, motion detection, and, in some models, super-fast shutter speeds to freeze motion. 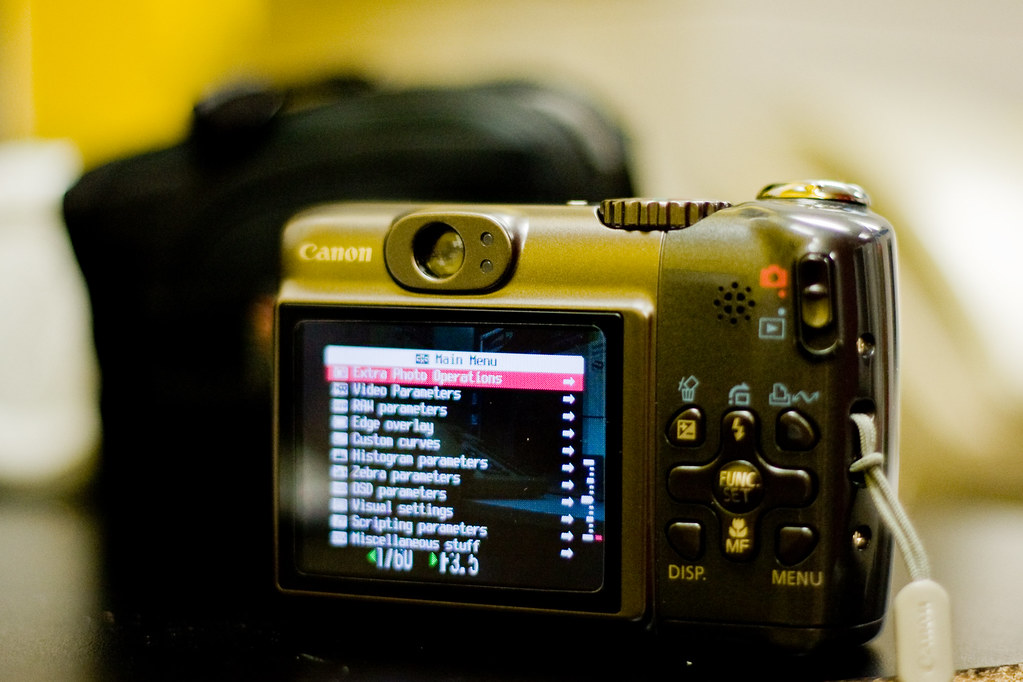 It’s worth noting that loading the firmware puts you into a gray area with voiding your warranty, but CHDK is mature and stable and regularly used by thousands of people. For examples of what is possible, head over to the CHDK group on Flickr.

The range of cameras is simply staggering, and there are a bewildering array of features. Compared to the next largest system, most compact cameras are very similar and are distinguished by their detailed features — this will likely be what you should base your purchase on. If you’re comparing two cameras and one has a feature you don’t need, go with the other.

Here are a few features to consider:

Zoom lens: most compact cameras have a zoom lens, but if you’d like to shoot a distant subject, search for one with a bigger optical zoom (digital zoom is poor quality).
Controls: simplified controls are good for beginners. Touch-screen compacts tend to be made quite easy to use
Wifi: some cameras offer wifi on board, allowing you to upload your photos directly to your computer without wires (or even straight to Flickr!).

To understand what is possible with a compact camera, check out the Point & Shoot group on Flickr.

For enthusiastic sports shooters, I’d recommend a compact superzoom; these are differentiated by the quality of their optical zoom. If you’d like to see what is possible check out some shots in the SuperZoom user group on Flickr.

Semi-pro to pro users looking for a compact camera should examine the Fuji X series – notably the X-10/20 and the APS-C sensor X-100S, though be warned about the low availability and high price. Sony also offer a range of extremely good pro compacts – the DSC-RX series. Take special note of the well respected DSC-RX100 and the (quite expensive) DSC-RX1, which packs a full-frame sensor.

#LifeAt6AM. It’s Friday and this our #FlickrFriday theme.