If you read our profile of British photographer Stephen Maycock, you know how quickly he went from complete novice to surrealistic adventurer. In talking about who on Flickr motivates and inspires his photos, Stephen shared a wonderful idea for encouraging more discovery of talented photographers on Flickr and celebrating their work.

Each week, we’re going to invite a Flickr member to curate seven photos from seven photographers and tell us why those images are important. We’re calling it Flickr Faves.

Naturally, we’ll start with Stephen as our first curator and share his faves. He told us that it was actually much harder than he expected to whittle the list to just seven. “But I think I picked a diverse range, all of which made me smile and think and sort of took me back to the first time I saw the image,” he said. 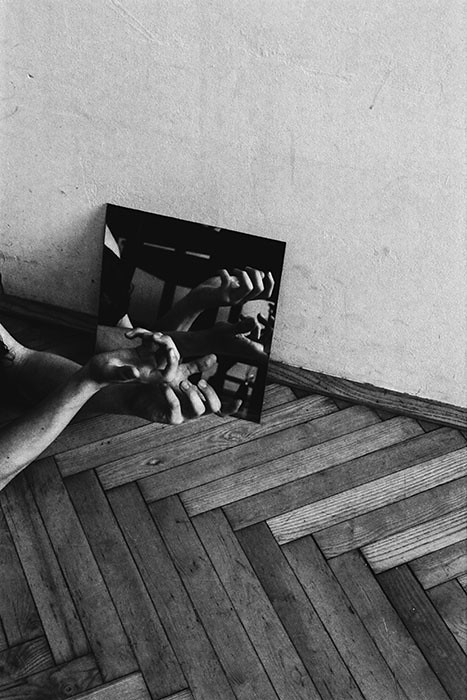 I’ve been following Manuel’s work for a long time, and really like his approach to fine art photography. I think he’s bringing new things to the Flickr Community with his approach, and I particularly liked this summer, when he started doing some experiments with mirrors and reflections. The photos reminded me of Francesca Woodman and the way she worked with those materials and themes. Manuel covers everything and usually works with the naked body to convey those softer, vulnerable emotions. There’s a whole range of Manuel’s work that I loved looking through when choosing one of my favorites of his, definitely worth checking out! Next up was a black and white self-portrait by Erica Coburn. Her work has always been a favorite of mine, but this portrait was something else! The actual tone of the blacks and white and grays is incredible, and the overall mood of the portrait is totally compelling. I enjoyed the way Erica brought attention to herself by making eye contact with the camera, and leading the viewer to that contact with the white foreground object. It’s quite seductive, it’s a little bit timid – it’s lots of different things. I love it when a photo does that, sort of means something totally different to each viewer. 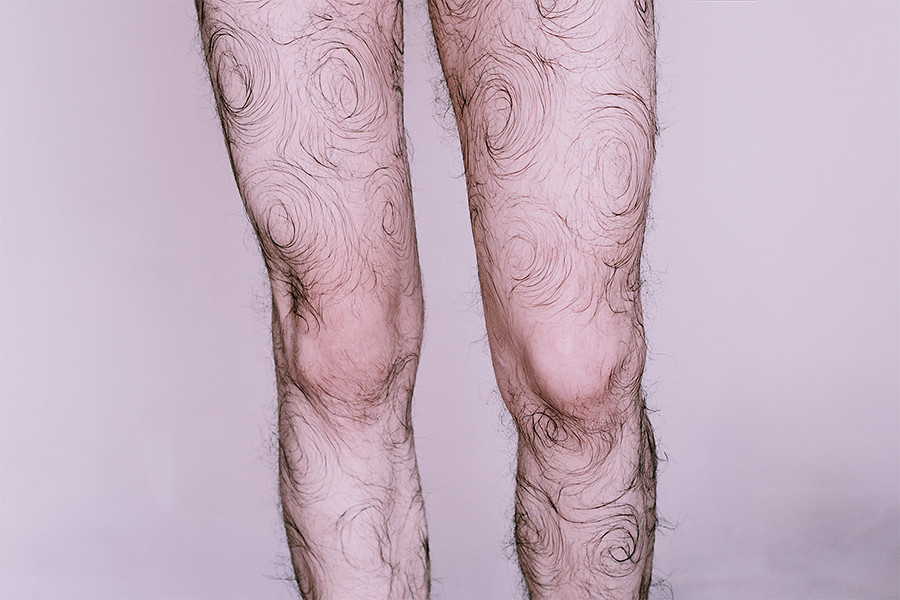 As well as looking at narrative and character-based conceptual work on Flickr, I’ve been really interested in a few fine art photographer’s that look at form and shape, and who convey mood and feeling. Faber Franco is definitely one of those artists for me. I wanted to show this image, which is a pretty simple idea, but translates into a really interesting visual. It was quite hard to pull something from Faber’s work because I love it all, but I think this was one of the first images that I saw of his, and really made me want to follow him and explore his way of thinking. His whole portfolio is a huge inspiration to me, and I always enjoy looking at his new work. 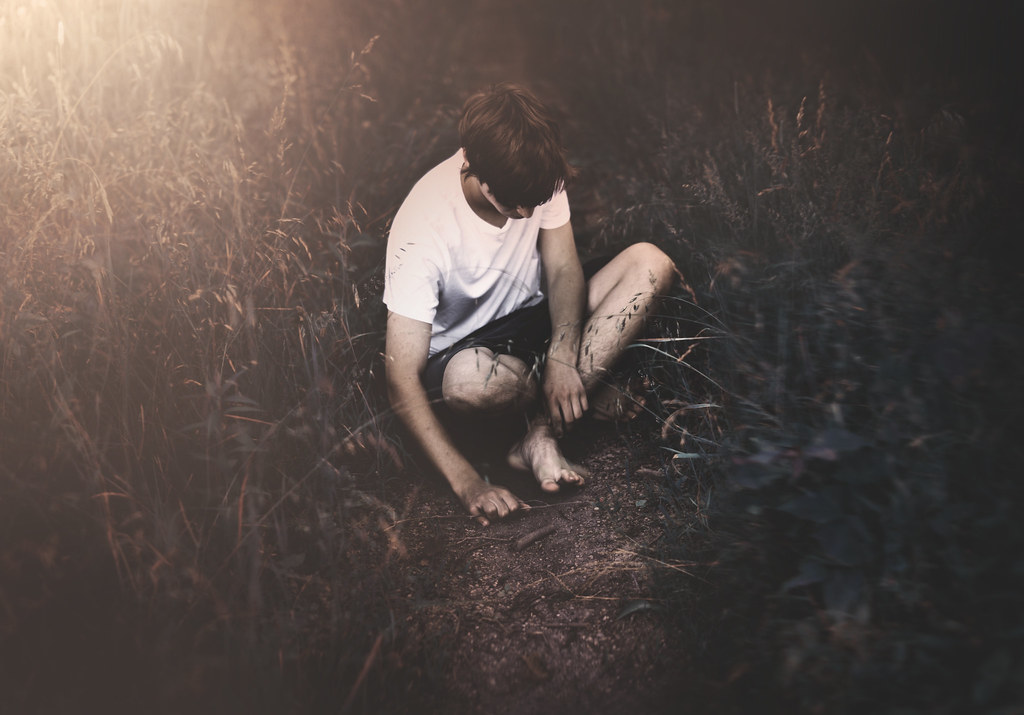 Holding on to what is real by Colin McAdoo

I love this self-portrait by Colin McAdoo. This was back when he was doing digital manipulation work, though if you check out his stream now, his more recent work with analog is equally stunning. But this is from 2013, when I began noticing how talented Colin was with color manipulation. He has a really desaturated and earthly colour palette to his aesthetic, which I think has only improved and developed over time. There’s a painterly quality to this photo that so many people try to achieve, but aren’t nearly as successful as this. It reminds me of a dreamy cinema still and goes a long way into describing the feelings and narrative of the character that he’s portraying. SO GOOD! 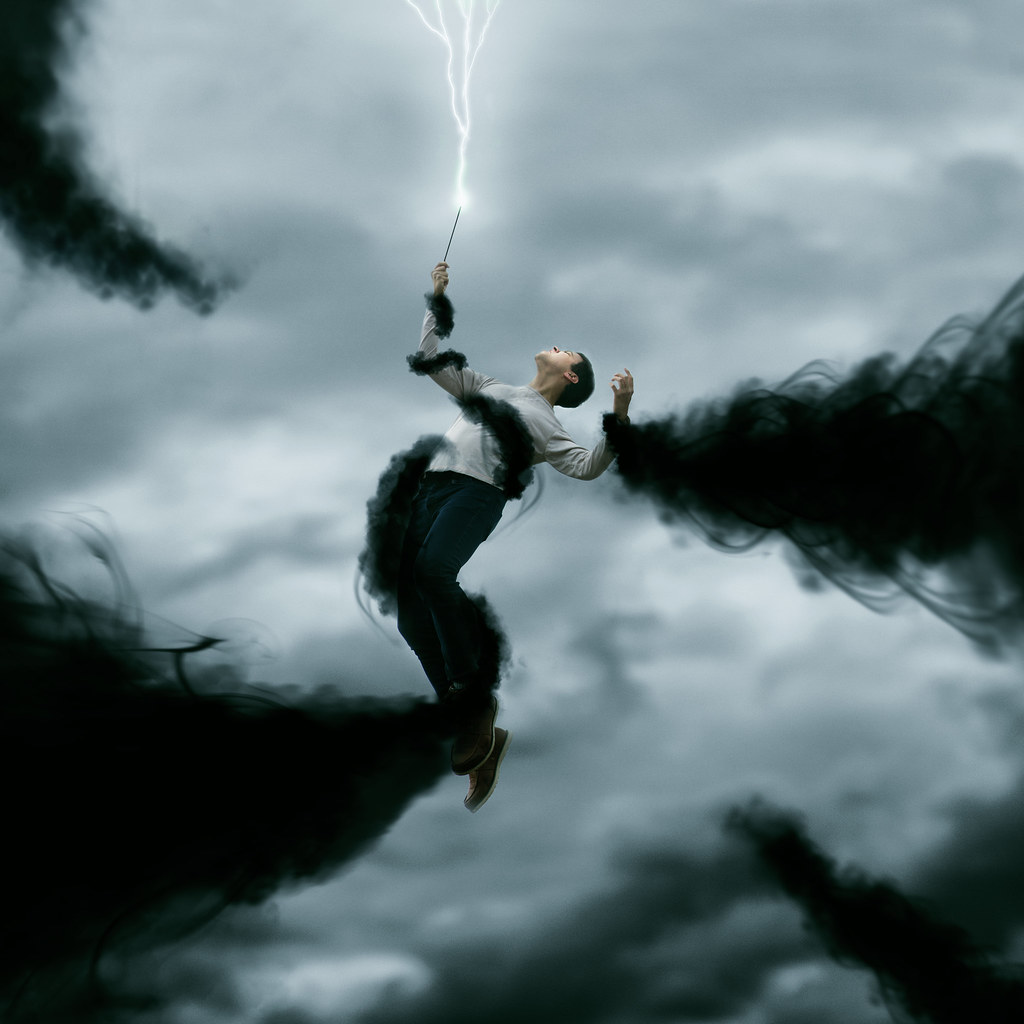 The Surrendering by Chris Rivera

I haven’t actually been following Chris for too long, but since this year, I have recognized his work whenever he posts. He’s got such a strong enticing style, and I decided to pick out the first image of his that I discovered to share. Not only does this look like a crazy cool movie poster, but it was actually made in collaboration with his friend, Cameron Bushong. I think that’s something I love even more about Flickr, the way so many artists are willing and open to collaborate and share ideas and support each other. Chris’s photo has a wonderful moody vibe about it, but it’s also composed and technically executed perfectly. 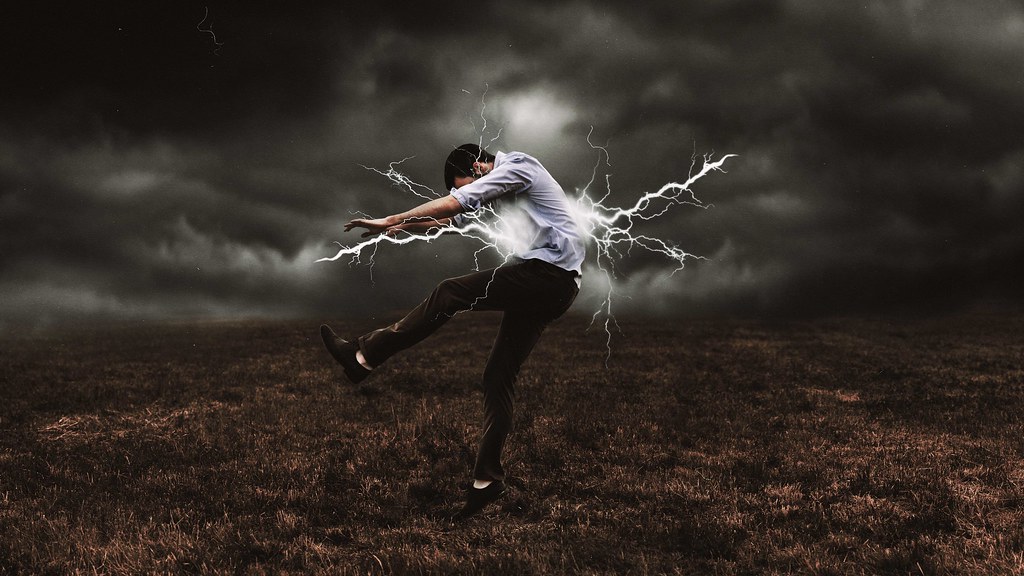 I saw this photo in my recent favorites, and it’s only from June this year, but Mortiz’s work is so good and this image is one of my favorites, so I had to share it. I recently made the transition from producing square cropped photos, to wider horizontal ones, which might not sound like a big deal, but the way the two work compositionally is hard to master. I think Mortiz does this wonderfully, and especially in this image. The concept is totally awesome and I love the manipulation of the lightening bolts and the thrown-out pose and pretty much every aspect down to the analog-style scratched texture. Color is a big thing for me too, and Mortiz nails the dark and moody tonal range, which is another of my favorites. His work has always been an inspiration, and he’s such a lovely guy! 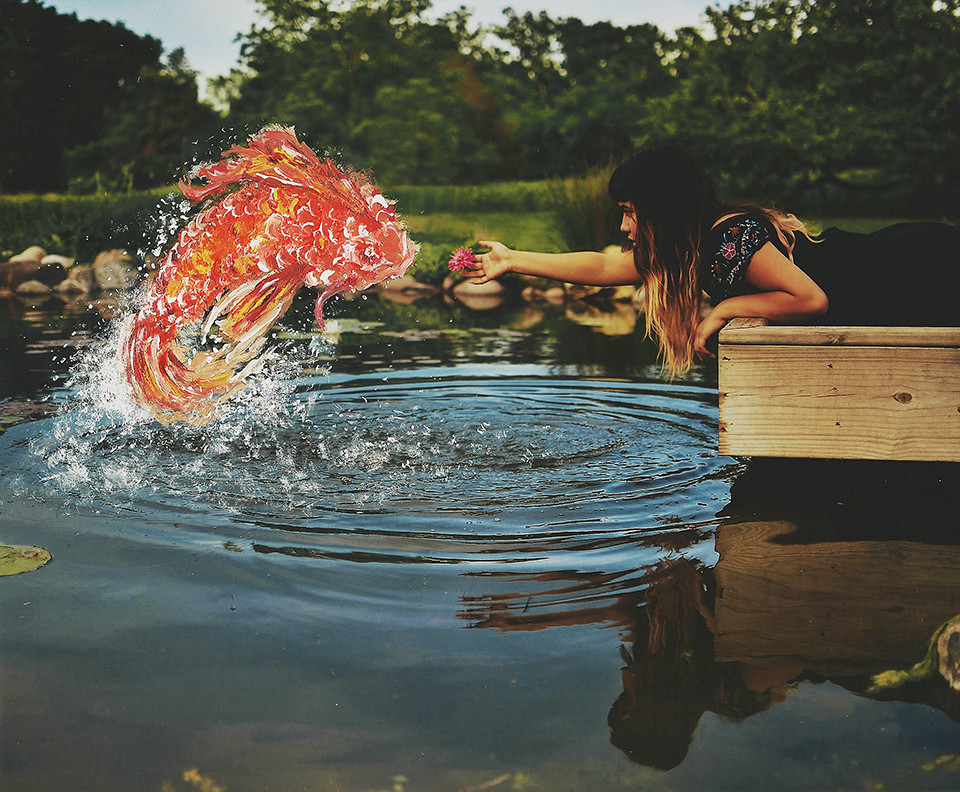 And finally, the mixed-media extravaganza that is Glenda Lissette. I picked this image out as an oldie from back in 2013, because it was the first time in a long time that I’d seen something completely new and refreshing being done in the Fine Art Photography world of Flickr. Glenda is a completely unique artist, with a super interesting outlook and way of working. I love her free spirit and colorful, fun aesthetic, which compliments her warm mixed-media style. Glenda brings something really refreshing to my stream when I open my Flickr account, and I’d urge you all to have a look at her work and draw inspiration from it. This picture is so cool, and not only is the photographic part really good technically, but I’m super jealous of her being able to paint as well as she can. A lot of my work can be quite gothic inspired and doom and gloom in terms of tone, but Glenda is someone I turn to when I’m looking to brighten up my projects or add a bit of excitement!

Holiday decorating? Check out some of our wall art Staff Picks below, and visit Flickr’s curated Marketplace for more selections. Go Create!

(Original post in Spanish here: http://blog.flickr.net/es/2014/12/17/lanzamiento-orion-fte-1/) On December 5th, we saw one of the most important days in the history of human space exploration. The […]